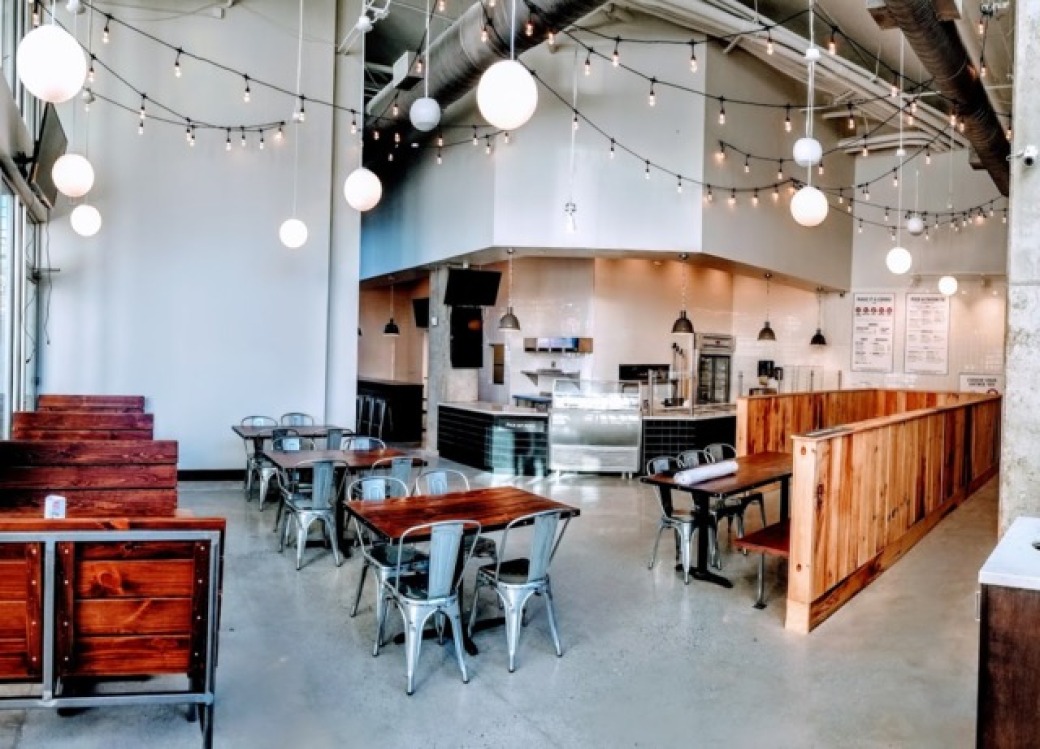 
The upcoming restaurant on Covington Square sounds worth the drive. Executive chef and Georgia native Christian Perez was just announced, and cocktail team Jerry and Krista Slater (H. Harper Station) consulted on the place. Plans are to open City Pharmacy in "late 2017" at 1105 Church St. Think of all the movie filming locations you can visit while there, from The Dukes of Hazzard to Sweet Home Alabama.


The biggest party of the year is coming up and Team Hidi 6 tickets are now live! Over 50 restaurants will be involved serving tastes and sips, music by Yacht Rock Revue, and a wild auction with items like a trip to Oregon wine country. All proceeds benefit the Giving Kitchen, which has given out over $1.5 million in assistance to Atlanta's restaurant community. "Hidi" refers to Ryan Hidinger, whose legacy lives on through the Giving Kitchen and Staplehouse .


Your Pie , serving hand-tossed and brick oven cooked pizzas in a fast casual atmosphere, is opening a Grant Park shop. The 275 Memorial Drive spot will be Your Pie's 50th location.


Excited about Krog Street Market's upcoming veggie and seasonality-focused food stall? Recess pops up at the Merchant this Sat., Dec. 2 from 1-3 p.m. with samples from chef Victoria Shore. The stall, from the Castellucci Restaurant Group replaces the Spotted Trotter.


Date night dealio. After strolling through the Botanical Gardens' Garden Lights, Holiday Nights, head over to ONE Midtown Kitchen (559 Dutch Valley Rd.) with your ticket stub (ticketed day only) for 50 percent off your tab (up to $20, one per table) for chef Matt Weinstein's kitchen magic. Offer good through Jan. 7.


Chef Asha Gomez will serve for the second year as an Atlanta Ambassador at FAB Workshop June 10-12 in Charleston. There are only 230 seats for the event, which aims to further the dialogue for women in hospitality. Tickets go on sale Jan. 15 here .


Want free pizza? We gotchu. California grown Blaze Pizza is opening a second location near Suntrust Park (2955 Cobb Pkwy) on Sat., Dec. 5. The fast casual pizza joint will have a free pizza giveaway on opening day from 11 a.m. to 9 p.m. for anyone who likes them on Facebook, Instagram, Snapchat, or Twitter. The first Atlanta location opened two months ago near Emory.


Doug Turbush's Drift Fish House and Oyster Bar has a new chef. Back in 2008, Turbush and Thomas Hill worked together at Buckhead's Bluepointe. Hill then spent five years on the West Coast in Oregon and Alaska. "I want to introduce our guests to ingredients they don't normally have access to and show them how a focus on seasonality and ingredient-driven dishes can completely change the dining experience," he said in a press release.


You don't have to drive to Armour Yards to get a taste of new East Pole Coffee anymore. The single origin beans are now available at Hugh Acheson's Midtown Empire State South in all brewed-to-order beverages.


Here's a new brew to add to the holiday roster. Reformation Brewery's newest can is Scout the Storyteller. The stout has a gingerbread flavor with lots of herbs and spices and hits shelves and the brewery's Keeping Room today.


Want to keep the Christmas tree intact during the SEC Championship game? Park Tavern at Piedmont Park is showing the game with $1 oysters, a bloody Mary bar, giant Jenga, and cornhole. The event is free. Doors open at 11 a.m. Kickoff is at 4 p.m. Non football fans can skate the day away at the Aquafina Rink.