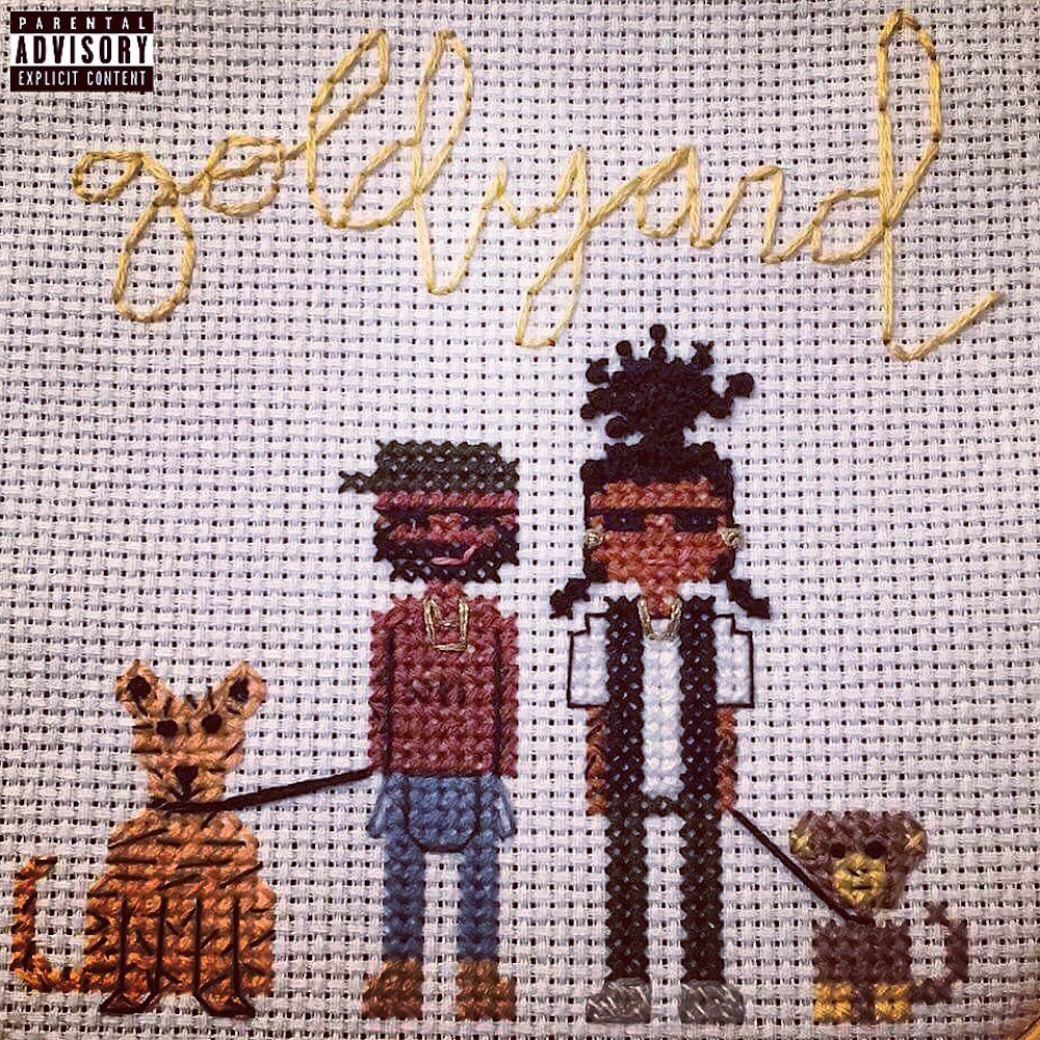 Few living, breathing Atlanta hip-hop acts can claim to have maintained such consistent brilliance as Goldyard. It is A.T. and In-Doe’s lot in life to be ahead of the times. After all, their Fuck Culture EP predates Migos’ more mainstream and predictable Culture album. But rather than cry foul over the “Bad & Boujee” trap gods biting their style, Goldyard knows the value of reinvention. Not content to adhere to the trap production qualities and clichéd tales of muscle, guns, and nightlife debauchery that hold the world at bay, with their new, self-titled album, released via Tunecore, Goldyard reached deep within themselves to flesh out an intensely creative collection of songs. There’s a post-ego style at work in the star-spangled opening number “LeaderBleeder” (produced by Flick James), which sets the tone for an inward journey that the rest of the album expands upon.

Layers of subtlety and a pastiche of samples carry as much weight as A.T. and In-Doe’s lyrical hooks in “Outro Smooth” (produced by Denver Callahan). The disembodied voice of Conor Oberst chanting “... then my mind went dark,” from 2002’s “Lover I Don’t Have to Love,” brings emotional urgency to the album.

Goldyard creates a new context for Atlanta hip-hop that thrives in the sentient outer limits of the male imagination. They still know how to have a good time here on Planet Earth, though. “Feels Like Still” (produced by In-Doe) and “Do It Again ft. Chuuwee” (produced by Wes Green) are purely celebratory anthems. This is nighttime music; its sentiments are underscored by the sampled voice of the Knife’s Karin Dreijer Andersson adding sweetness to the “Last Goodbye” (produced by In-Doe). The song brings the album full circle in its distillation of everything A.T. and In-Doe have learned so far. They know what they’re capable of doing, and they’re reveling in the moment before forging ahead with an album that’s personal and evocative, a powerful artistic statement that, frankly, many of their peers — mainstream and ground level — cannot touch. ★★★★☆