HIGH FREQUENCIES: Getting through this thing called life

The Revolution remind us of that ‘world of never-ending happiness’ 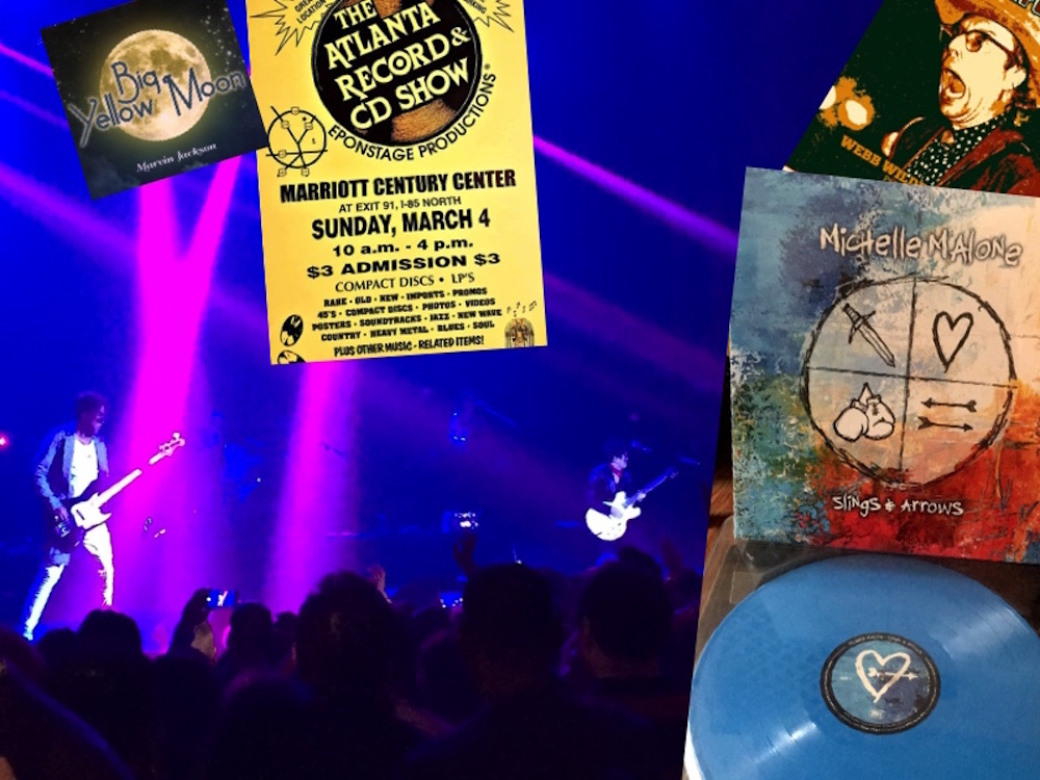 My nephew took me to see the Revolution at the Tabernacle Feb. 24. It was a fair trade, I guess. In January, 1985, I took him to see Prince & the Revolution at the Omni, when he was 12. Seeing Prince at the height of his powers and popularity — he sold out five shows at the now-gone sports arena, a feat only topped by Elvis Presley — was to see the history and future of music explode before your eyes. To see the Revolution almost two-years after His Purple Majesty’s death was a gamble. The show could go either way. When bassist Mark "Brownmark" Brown, guitarist Wendy Melvoin, keyboardists Lisa Coleman and “Dr.” Matt Fink, and drummer Bobby Z Rivkin took the stage, such concerns proved unnecessary.

The majority of the vocals were a trade-off between Brown and Melvoin that worked almost too well. Of course, Prince was missed, but the show, perceived by some as a tribute to him, by others as a chance for his former band members to cash in on his legacy, was neither. What was witnessed at the Tabernacle was a tribute to the songs, not in that cover band sort of way, but as a testament to their power, to Prince’s songwriting ability, and that they still stand strong, even without their creator at the helm. It also proved what a rocking band the Revolution are, and how lucky Prince was to have them as they were to be his chosen band.

They may have only recorded three albums with Prince — the game-changing Purple Rain, Around the World in a Day, and Parade — but it’s that body of work for which Prince may be best known, the foundation upon which he built a varied and experimental career. But I doubt the crowd at the Tabernacle were thinking about any of that. No. For almost two hours at the Tabernacle, it was nothing but a party. Prince may have invited every one to it, but the Revolution rocked the joint as its hosts. Parties may not be made to last, but with the Revolution onstage at the Tabernacle, the party was far from over.

Seeing the Revolution makes me curious and curiouser about the Celebrating David Bowie tour, with various musicians from that late rock icon’s forty year history, joining together to play the songs of the Man Who Fell To Earth Sunday, March 18 at the Buckhead Theatre.

Michelle Malone’s new album, Slings & Arrows, arrived on March 2. Her 15th album (damn, time flies), it has already garnered rave reviews for its bluesy, roots feel, a combination of her earthy vocals and lead guitar prowess, and rock ’n’ roll roots (you won’t find any Steely Dan here!). Available in CD and black vinyl format at the usual local Atlanta stores and online sites, fans and collectors may want to log-in to her own website, michellemalone.com, where a limited number of copies of Slings & Arrows on sky blue vinyl are currently available. Once they’re gone — they’re gone. And, for those of you using streaming services, only a few songs will be available on those sites. Support local music and buy a copy.

The Rainmen, known for their sock-hop-inspired dance covers from the ‘60s, return Friday, March 2, to the newly-reopened Big Tex in Decatur, where a stage has been built for the bands. But don’t worry, there’s still plenty of room on the dance floor and eating space for those wanting heaping helpings of Southern-inspired food from the kitchen.

Sunday, March 4, the Atlanta Record & CD Show returns to the Atlanta Marriott Century Center, Clairmont & I-85, at exit 91. The show hours are from 10 a.m. to 4 p.m., but early birds can pay a $10 admission fee and get there when the dealers start setting up, usually around 7 a.m. Originally, what started out as a record show became a compact disc show, and now, as you might imagine, it is once again full of dealers selling new and used vinyl at dirt cheap to “damn, why didn’t I hold on to that!” prices. Over 50 dealers will set up in the hotels main ballroom, with overflow tables in the lobby, offering not only rare collectibles, but plenty of classic rock catalogue titles. Regular admission is three bucks.

Landslide Records continues its long-standing working relationship with Webb Wilder, releasing Powerful Stuff! an album of newly discovered tracks from Wilder and the Beatnecks, recorded 1985 - ’93. A mixture of studio tracks and live recordings, expect it to echo the energy of the band’s debut, It Came From Nashville. Wilder performs Sunday, March 18, at Eddie’s Attic.

Tonight, Friday, March 2, as part of its Mentor’s Series at the Northside Tavern, Beverly “Guitar” Watkins take the stage. Approaching 80 years of age, Watkins still knows her way around a guitar, having started playing while barely into her teens. She’s shared the stage with Piano Red, Eddie Tigner, Roy Lee Johnson, and others early in her career, while continuing her profession with the likes of James Brown, B.B. King, and Ray Charles. She should keep the joint jumpin’. If you haven’ seen her, you shouldn’t pass up the chance to do so.

Contact Tony Paris regarding upcoming gigs; noteworthy news, rumor, and innuendo; or, if you just want to say, “Hi,” at cl.highfreqs@gmail.com, as you probably know he doesn’t read messages received on his Facebook account.