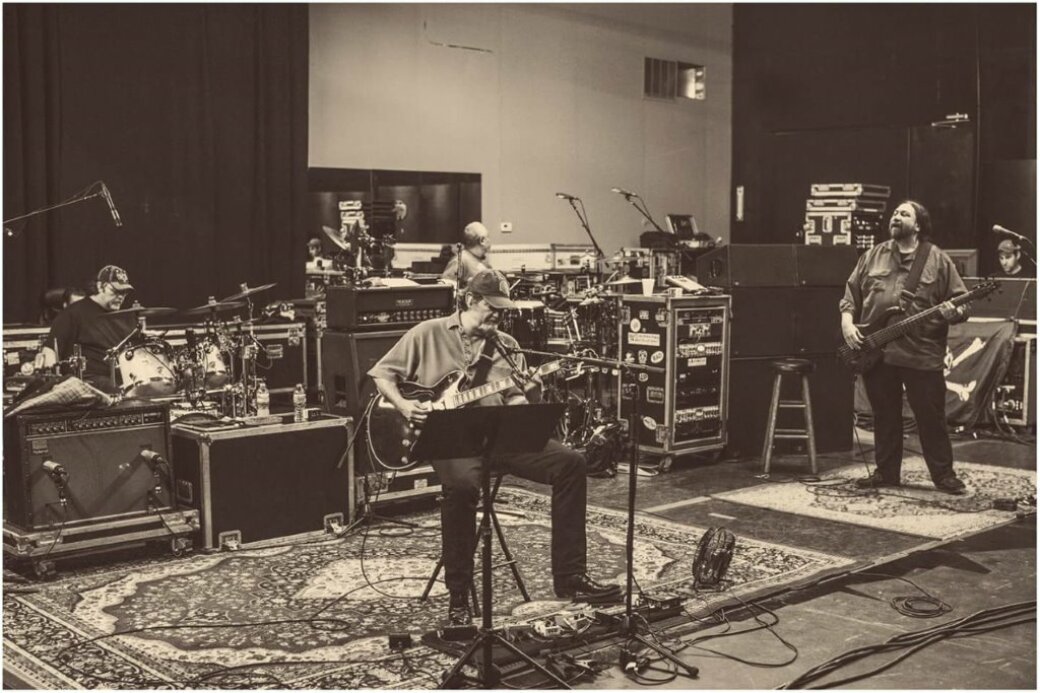 Crossover Entertainment Group’s rehearsal studios have played a role in many of Atlanta’s major musical moments over the years. Their presence is a testament to how music companies need to evolve to stay relevant in an ever-changing music industry.

In 2016, I had lunch with an old friend from college. He’d begun working with local label, management group, and creative agency LVRN (Love Renaissance), and wanted me to hear one of their newest artists, 6lack. Back then, the East Atlanta singer had just released the Free 6lack album, and was still a newcomer, yet to be nominated for a Grammy. To generate buzz, LVRN threw a free album release show for 6lack at Aisle 5.

Rehearsals were held at Crossover Entertainment Group, a rehearsal space and backline facility in West Midtown, tucked inside a nondescript brick building where I met 6lack that day. I also met Billy Johnson, Crossover’s general manager and chief operating officer.

The history of the space was intriguing, to say the least. Although unknown to fans, Crossover has remained a cultural hub for hip-hop, R&B, and a whole lot more of Atlanta’s musical history. Everyone from R.E.M. to Migos shaped their sounds and identities there at key points along the way to reaching legendary status.

In the ’90s, many of the major artists who were stationed in Atlanta rehearsed at Crossover, including those signed to L.A. Reid and Babyface’s LaFace Records. Pink, Usher, OutKast, TLC, and more all rehearsed at Crossover by day. By night the space would transform into something resembling a “live performance nightclub,” with chairs, tables, food, and industry insiders making appearances for label showcases.

“When [LaFace] worked with local artists they brought down Clive Davis and people from Arista,” Johnson says. “Pretty much all the showcases for their major lineup were done at Crossover.”

After the artists were officially signed, they returned to Crossover to prepare for tours, and to work on music videos and more.

During that same decade, a teenage Jermaine Dupri was given access to the space to rehearse with his new act, Kris Kross. This began Crossover’s long-standing relationship with Dupri and So So Def.

While the rehearsal space has a long history with Atlanta’s hip-hop and R&B community, Crossover is certainly no stranger to Georgia’s rock scene. R.E.M. recorded most of the basic tracks for their 1994 album Monster at Crossover. “They really liked the sound that they got in the room so they asked if we could record the album in studio A,” Johnson says. “We were not a recording studio but of course I said hell yeah.”

The Crossover team rented recording equipment and built a makeshift live recording studio for the band. “It worked perfectly there,” Johnson says. “They just did things against the grain.”

Crossover has also worked with the B-52s, Indigo Girls, Widespread Panic (pictured above), and other alternative rock acts.

When music fans talk about their favorite local venues and spaces, hidden strongholds like Crossover are often left out of the conversation. But it’s inside seemingly unremarkable buildings like this that artists cement their identity and sculpt the moments their fans will remember forever.