'A Wrinkle in Time' crosses the universe but stays earthbound 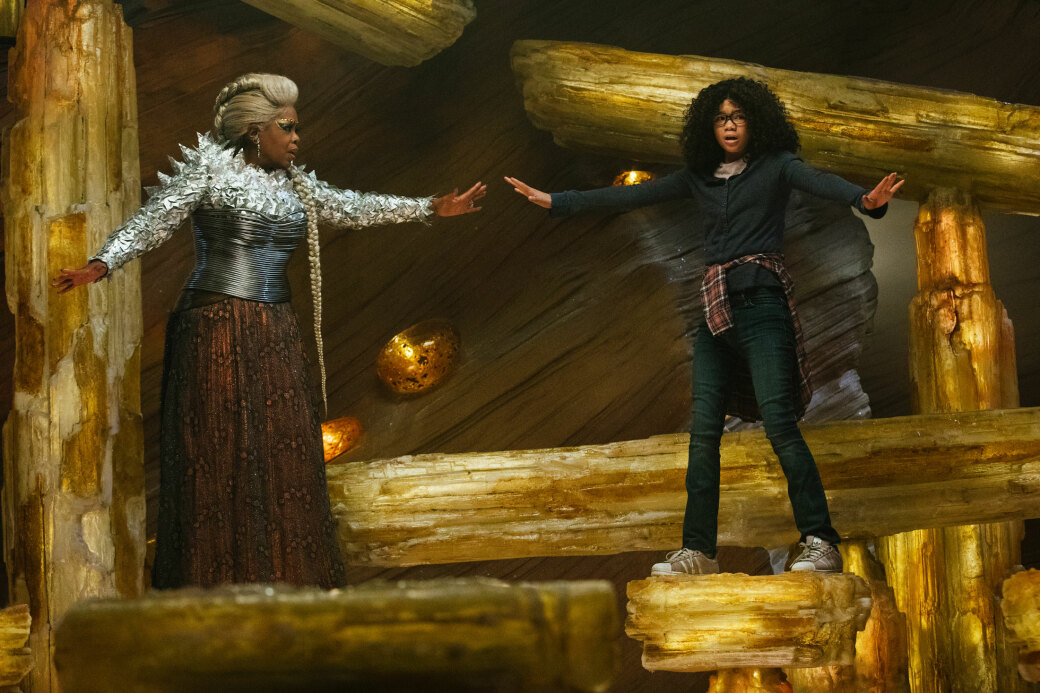 Filmmakers Ava DuVernay and Ryan Coogler were reportedly both in the running to direct Marvel’s Black Panther, and that’s not the only thing they have in common. Both California natives, the acclaimed African-American directors careers’ took off at roughly the same time, and in 2018 they’re bringing multicultural design and casting to two Disney-owned blockbuster films within a month of each other.

Coogler’s Black Panther and DuVernay’s A Wrinkle in Time are both triumphs of representation and willingness to take creative chances with mass market filmmaking. But on narrative terms, A Wrinkle in Time is a mixed success that struggles to find the right balance in its young heroine’s journey of self-acceptance across the universe.

Meg gradually learns that her genius brother has made some unusual friends: pixelated Mrs. Whatsit (Reese Witherspoon) seems able to defy gravity; drowsy Mrs. Who (Mindy Kaling) speaks solely in aphorisms from the likes of Buddha or Lin-Manuel Miranda; and wise Mrs. Which (Oprah Winfrey) can change her size. They reveal themselves to be alien do-gooders who can create wrinkles in time (and space), and offer to help the kids track their missing father, who was transported off Earth.

Flamboyantly costumed by Paco Delgado, Winfrey, Kaling and Witherspoon command the film’s center stage even though their roles do surprisingly little. They provide exposition and advice to Meg while serving as planet-hopping guides, but serve more as plot devices than characters we can identify with or even understand. Winfrey occupies such a unique place in the cultural landscape that she can play an ageless, all-knowing super-being and still seem typecast.

Witherspoon and Kaling work valiantly to bring some personality to a film that struggles with tone. Their characters’ goofiness and Charles Wallace’s precociousness, often play for laughs even though the jokes seldom land. When the group seeks advice from a soothsayer called The Happy Medium (played by an actor-comedian whose identity I won’t spoil), Wrinkle finds its footing, ironically, in a chamber full of seesawing slabs of rock.

The three witches fight against an entity called “The IT,” an overly familiar-looking special effect that’s the source of all evil and bad feeling in the galaxy. When the kids get to The IT’s homeworld, Camazotz, the film snaps into focus even as it becomes a more conventional YA tale of kids rebelling against the forces of oppression.

DuVernay’s film works overtime to spell out Meg’s emotional arc, from miserable alienation to self-accepting empowerment. Reid movingly captures Meg’s journey even as it seems overwritten. (Compare Wrinkle to the modern classic Spirited Away, where the passive heroine becomes fearless and responsible without the script taking time out to explain every step along the way.) Important aspects of L’Engel’s novel go by the wayside, like The IT’s totalitarian control over Camazotz’s social structure.

With A Wrinkle in Time, DuVernay strives to create a 21st century equivalent to a fantastical adventure like Alice in Wonderland or The Wizard of Oz. But though it has a unique aesthetic and memorable set pieces — the heroes ride on the undulating back of a flying plant creature like a magic carpet – its good intentions seldom transcend its flaws. A Wrinkle in Time’s uplifting message feels undeniably sincere, but it offers too many platitudes and too little sense of wonder.