A look back at Paschal's, the soul food restaurant that became a hub for the Civil Rights Movement 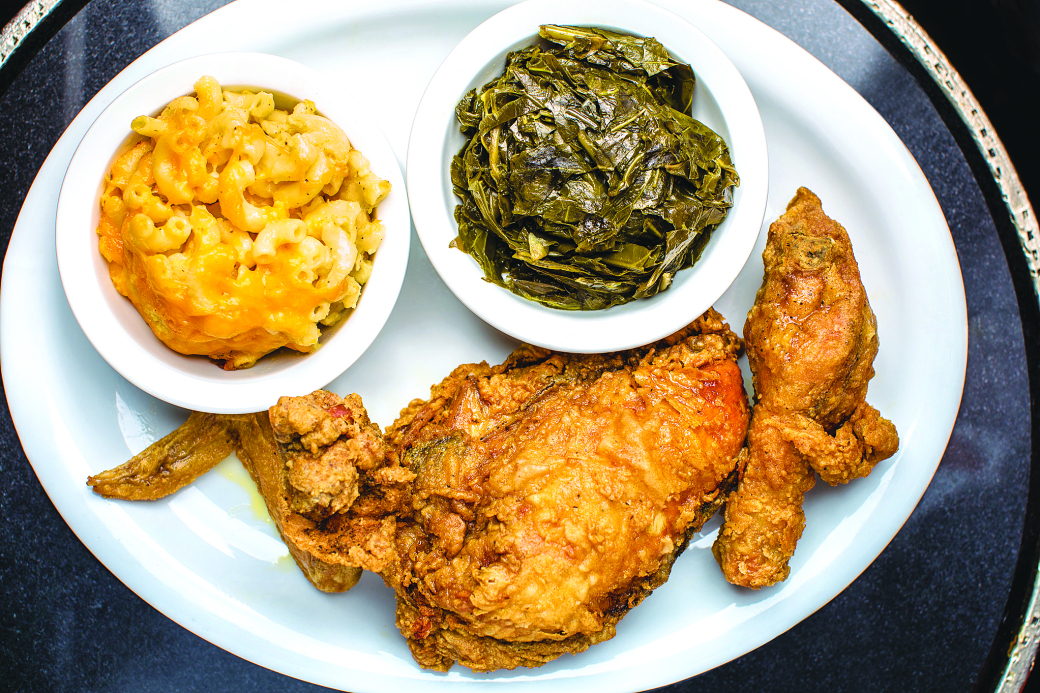 When Martin Luther King Jr. walked into Robert and James Paschal’s restaurant and asked to use it as an organizing hub for the blossoming civil rights movement, the brothers weren’t about to decline.

“How could we refuse?” James Paschal recounts in his memoir, Paschal: Living the Dream. “We had the resources and the place.”

Started in 1947 near the Atlanta University Center, Paschal’s restaurant would go on to become a hub of civil rights activism, with the founders employing student sit-in demonstrators, bailing protesters out of jail, and providing food and meeting space to multiple organizations. Some participants referred to it as their second home, and the restaurant even earned the moniker “Black City Hall.”

It would go on to become a small empire, with a music venue that played host to stars like Aretha Franklin and Dizzy Gillespie and later multiple locations in Atlanta’s airport. More than 70 years after it opened, Paschal’s is still around, paying homage to its pivotal role in history and still serving up the fried chicken and collard greens that King reportedly loved.

Paschal’s began as a luncheonette with no stove of its own. Food had to be prepared at home and delivered by taxi. But an early fried chicken recipe developed by Robert Paschal made the brothers’ restaurant popular enough to expand into a much bigger space in 1959, where they could seat 90 in the coffee shop and 125 more in the main dining room.

In his book Southern Food & Civil Rights: Feeding the Revolution, historian Frederick Douglass Opie describes this new Paschal’s as a white tablecloth restaurant for middle- and upper-class African-Americans who saw it as their first choice for a Sunday meal. It wasn’t by chance that Martin Luther King Jr. and other activists saw Paschal’s as a natural meeting place and de facto headquarters.

“He certainly had walked in there many times with his father,” Opie tells Creative Loafing, referring to King’s Atlanta childhood and his father’s prominent role in the Southern Baptist church. “And also remember that King was a student at Morehouse College. So just like the other students, more than likely he met with friends there, brought dates there, and had plenty of history with the restaurant. So when he asked to use the restaurant as a meeting place, this wasn’t somebody who was unfamiliar with these brothers.”

Restaurants like Paschal’s were successful because they were a part of their community, Opie says. And while plenty of other business owners avoided sticking their necks out by associating with controversy, Paschal’s was part of a trend of

black-owned restaurants that played a fundamental role in supporting the civil rights movement, such as Dooky Chase’s in New Orleans and the Big Apple Inn in Jackson, Mississippi, both of which are also still around and documented in Southern Food & Civil Rights.

King wasn’t the only key figure in the movement who relied on Paschal’s, of course. The NAACP, Congress of Racial Equality, and King’s Southern Christian Leadership Conference (SCLC) met there, as did a consortium of students, including Julian Bond and Lonnie King, who planned sit-ins at an array of segregated lunch counters Downtown in the early 1960s. Rich’s, Woolworths, McCrory’s, Grants, HL Green, Walgreens, SH Kress, Lane — according to Opie’s book, most of the counters closed in response.

The students held planning meetings at Paschal’s, “often right at the table where they were dining,” James Paschal recalls in his memoir. But the family did a lot more than just feed, employ, or offer a meeting space to these protesters.

“The Paschal brothers provided bail money and food for students jailed while protesting Jim Crow laws in Atlanta,” Opie writes. Once students were released, they’d head straight to the restaurant to meet up with their families for free chicken sandwiches and sodas. Hours were extended to accommodate the reunions. “Many times, the bailed-out marchers sat bent over chairs,” James Paschal recounts in his memoir. “Their heads rested on the table or their tired bodies dropped in heaps on the carpeted floors in various corners of the restaurant.”

Paschal’s became “the unofficial headquarters of the Atlanta civil rights movement,” Opie writes, with the March on Washington and Mississippi Freedom Summer both partially planned there. It wasn’t the only restaurant in the city that activists relied on, Opie says, but it’s hard to dispute Paschal’s importance.

Former mayor and SCLC member Ambassador Andrew Young recalls that most black leaders of the era would stop at the restaurant on their way to work to partake in important discussions and planning sessions. “We’d start our day at Busy Bee or Paschal’s,” he told Atlanta magazine last year. “But you didn’t go so much to eat as you did to find out what was going on.”

Plenty has changed at Paschal’s since the 1960s. In 1967, the restaurant grew its footprint with the opening of the adjoining Paschal’s Motor Hotel, and in 1980, a new location opened at the Atlanta airport. The old restaurant — at what is now 830 MLK Drive S.W. — is in what the Atlanta Preservation Center calls “an accelerated state of disrepair,” but before he passed away, James Paschal partnered on a new, modernized iteration. It opened in 2002, not far from the original site and a street named in the brothers’ honor.

At this new location on Northside Drive, Paschal’s pays homage to its roots, celebrating black history with art and photos adorning the walls and emphasizing its crucial role in the movement on its website. To some, the new restaurant might feel like a departure from Paschal’s humble roots, but others — like Opie — embrace it.

“It still has the flavor of the restaurant,” he says. “There’s nothing worse than going to a historical place and it’s run-down.”

Opie doesn’t necessarily recommend the Paschal’s location inside Concourse B at Hartsfield-Jackson. He likes the ambiance and food of the Northside Drive spot, and how the restaurant has preserved its history. It’s a must-visit institution here in Atlanta, he says.