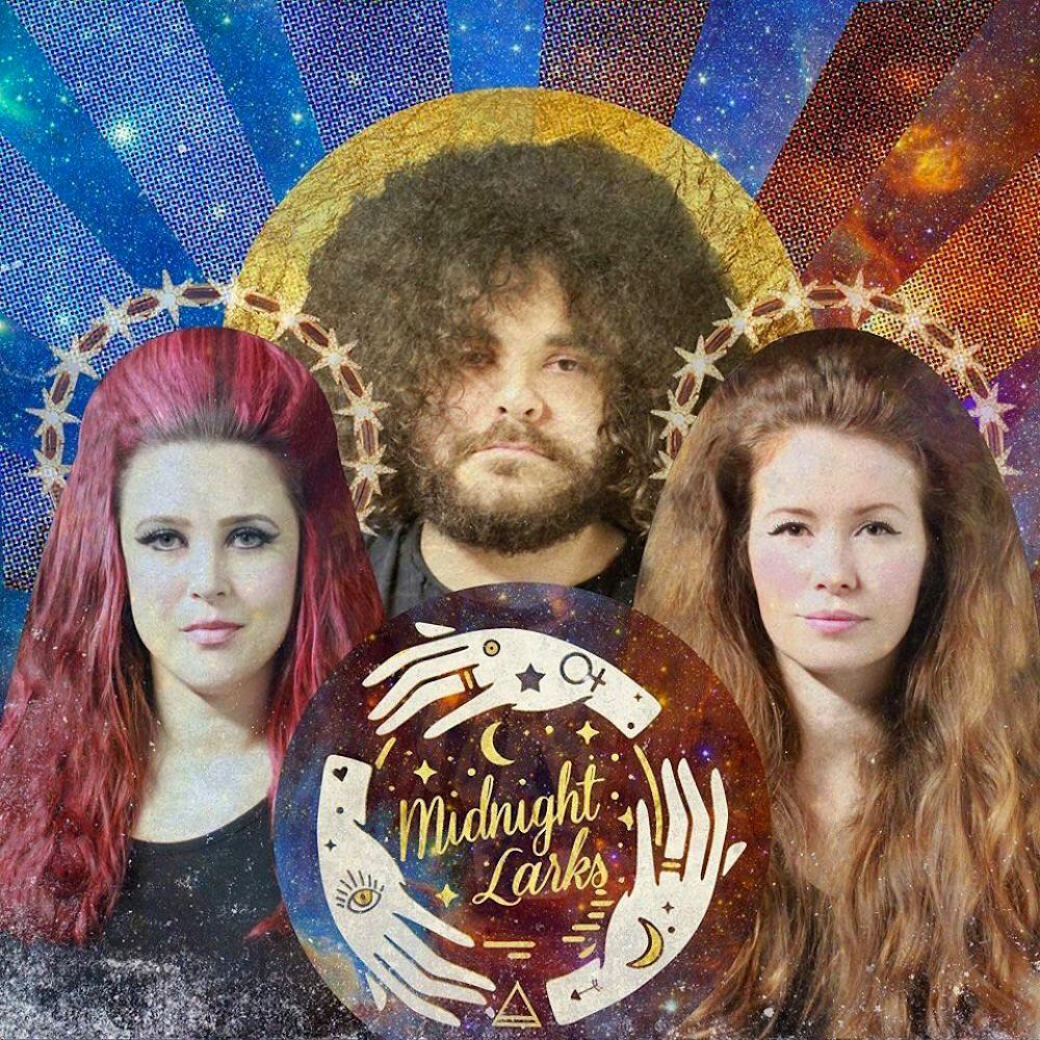 Midnight Larks’ self-titled debut steps boldly onto the glowing frontier of psychedelia and garage rock with a stylish gait that reaches beyond all of the aforementioned genres’ sonic limitations. The album opens with a pair of standout numbers, the spaghetti Western-tinged “Gunfighter” and the spy-themed “Loner.” Both usher in a thick and atmospheric blanket of swirling obsession, paisley melodies, and a bewitching magnetism. There’s an awful lot of texture and imagination at work in songs such as “Shameless Child,” “Tonight,” and “Tease,” each one drawing inspiration from the Ramones' shotgun approach to songwriting, Gram Parsons’ psychedelic country candor, and the Shangri-Las’ dreamlike drift. Singer and bass player Nikki Speake’s voice leaves an indelible girl-punk impression on “Summer of the Preacher.” Guitar player and singer Sasha Vallely takes lead on the sultry, “Moontown,” showing off a depth and breadth of musical abilities. As each song slithers through various and sundry stories of heartbreak, high tension, and danger, the visceral rock ’n’ roll momentum never fades. Drummer Pietro DiGennaro is the secret weapon, toggling seamlessly fast and slow tempos with loose and natural human sway. Beneath Midnight Larks cinematic grit, the album disguises a familiar Americana landscape with heavy-handed strumming and a barrel-chested roar to beat the devil and save Atlanta’s rock ’n’ roll scene. ★★★☆☆