A tale of two offals 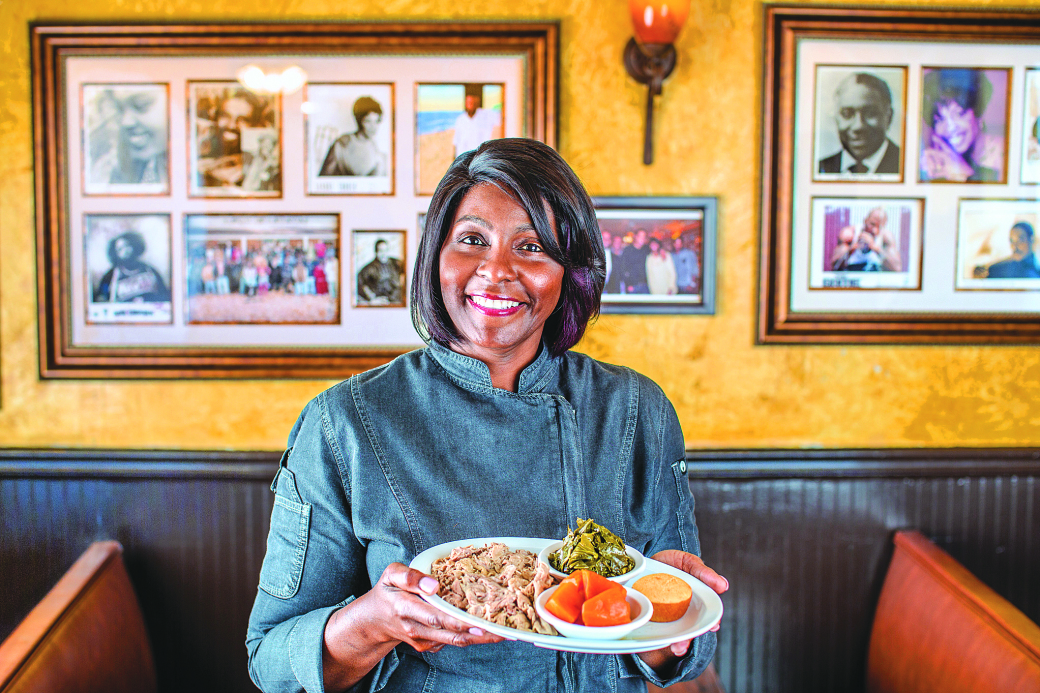 On any given morning, you can find the staff at Downtown’s Busy Bee Café busily preparing for service. The restaurant has been dishing out some of the best soul food in Atlanta since original owner Lucy Jackson, a self-taught cook, opened in 1947. More than 70 years later, lines still stretch out the door every day.

The cafe is fairly small, intimate even. Tables sit close enough to accidentally graze elbows with a stranger, and photographs of local and international celebrities line the walls. Busy Bee is no stranger to fame. As recently as 2015, the restaurant made national news when then- presidential candidate Bernie Sanders and rapper Killer Mike grabbed a meal together there. During the Civil Rights Movement, it was a gathering place for activists and leaders, who’d meet to talk while noshing on Busy Bee’s legendary fried chicken. But it’s a lesser-known menu item that keeps some of the restaurant’s oldest and most loyal customers coming back day after day, year after year. It’s the chitlins.

Chitlins, or chitterlings, are the cooked small intestines of a pig. Tracy Gates, Busy Bee Café’s current owner, has been eating the dish since she was a little girl. She speaks plainly about the rather stomach-turning process of preparing them. “Back in the ’70s, my grandmother lived in Ben Hill,” Gates recalls. “She had a farm in the back of the house where she killed hogs every year. They’d make sure they bled them out and burned the hair off. Afterwards she’d give us the chitlins and we’d put a water hose through them to get the feces out. My earliest memory is of cleaning them. I may have been in elementary school back then!”

The African-American community has a long and somewhat complicated history with chitlins, beginning with their reputation as “slave food.” Generation after generation has been told that chitlins were the leftover parts of the pig that slaveholders wanted no part of, so the slaves ate them instead, making do with scraps. But some historians contest this narrative, tracing the dish back to European cuisine, where it was considered a delicacy, and following it to the tables of white southerners. Author and soul food scholar Adrian Miller has written about slaves being beaten for not making the dish well enough for the master’s table.

While the exact origin of African-Americans’ relationship with chitlins is debatable, the place they hold in the heart of soul food is not. When Tracy’s family took over Busy Bee Café in the early 1980s, chitlins already occupied an important space on the menu, “When I got here they cooked chitlins and hogmogs,” she says, referring to the slang term for “hog maw”— the stomach of a pig, which is often mixed in with chitlins to stretch the recipe. “When I took over, the question would be, ‘Do you put hogmogs in your chitlins?’ So I eliminated the hogmogs and now just use pure chitlins.” The current Busy Bee chitlin recipe blends Gates’ family tradition with the original recipe left behind by Lucy Jackson.

Across town in Doraville, La Mei Zi restaurant has been serving up Taiwanese fare since first opening its doors in 2015. Located in an unassuming strip mall on Buford Highway, the restaurant would be easy to miss if you weren’t looking for it. Unlike Busy Bee Café, La Mei Zi is spacious. Walls are painted a burnt orange color that makes the space feel warm and inviting. The restaurant is quiet except when lunch or dinner rolls around; then it fills with excited and familial chatter.

La Mei Zi’s menu ranges from Americanized favorites such as shrimp lo mein or salt and pepper chicken to the more exotic: pork intestines with tofu, pickled mustard greens in a spicy sauce. “Not everyone eats pork intestines,” says Karen Wang, the restaurant’s manager. “It’s a family custom. If intestines are cooked in the family, then people grow up familiar with the taste and smell so it’s easier for them to accept it. My sons don’t eat pork intestines because I didn’t raise them on it.”

In Taiwan, the cooking and eating of offal is the result of a rural farm-based economy. Wang herself was raised on the stuff — simply the result of trying to make a living, she says. “Country farmers would sell the most expensive parts of the pig and then make meals out of whatever was left over. Pig ears, feet, and intestines became an important part of our diet.”

Pork intestines are, for lack of a better word, controversial. If you can get beyond the fact that you’re eating an organ with the primary function of irrigating feces, your next hurdle is the smell. Because of their proximity to animal waste, cooking pork intestines often emit the smell of, well, shit.

“Fatback grease and bell pepper will kill the smell,” says Gates. “That’s how they cook them in North Carolina.” Over at La Mei Zi, the chef counteracts the stench by first cleaning them with cornstarch and then cooking them in an absurd amount of garlic and ginger.

Cooking intestines is an arduous process no matter who’s serving them. At Busy Bee Café, once the intestines have been cleaned, they’re placed in a heavy-bottomed pot with onion, red pepper flakes, salt, pepper, and vinegar, and finished with garlic.

Similarly, the cooks at La Mei Zi know the importance of layering flavor to make pork intestines more palatable. Here, they are simmered in a heavy-bottomed pot as well but seasoned with garlic, ginger, pig’s blood, cooking wine, and soy sauce. “It’s not easy to cook because it takes a really long time,” says Wang. “We buy a case of pork intestines which we have to turn inside out to clean. Then we have to season them heavily and stew them for at least two hours to make them tender. If not, they’ll come out rubbery.”

Poverty is fertile ground for ingenuity, and both African-American and Taiwanese cultures have been able to create beloved delicacies out of a need to make the undesirable edible.

For Gates, preparing and eating chitlins is all about heritage. “It’s symbolic of tradition,” she says. “Chitlins are a very traditional dish in the African-American community, and that tradition is rooted in slavery. Our cuisine is the foundation of American cuisine. We were able to take the very things they thought were waste and that they wouldn’t touch, and we were able to create dishes that are still around today, and I just think that’s awesome.” 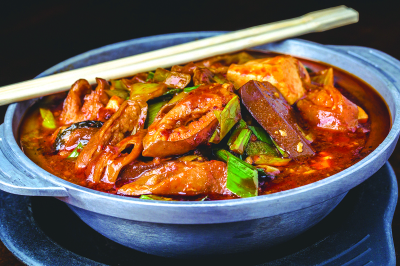 The parallels between how both cultures prepare pork intestines isn’t lost on either Gates or Wang. Wang says she’s noticed that more and more Americans are coming to La Mei Zi to order pork intestines. “It’s a symbol of good luck. Intestines are good fortune. Like African-Americans eat black-eyed peas and collard greens because it’s related to luck and money, the intestines mean the same thing in my culture.”

The similarities across cultures illustrate food’s ability to triumph over the divides that separate us by tradition, regions, and language. Sharing food allows us to experience another culture, if only for one bite. Enjoying it helps us see that we have more in common than not.

“I always say that food is a bridge,” says Wang, “Using food to connect different communities is an easy way to come together.”

No results for query.
Search for more by Ryan N. Hughley