From Tunisia, with love 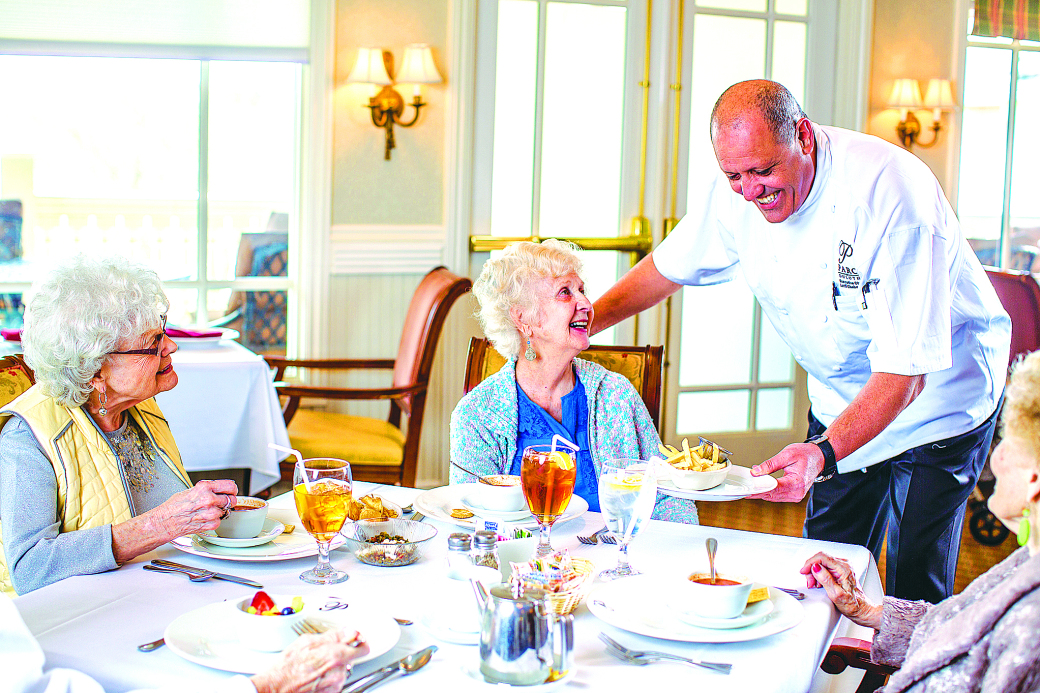 Chef Lotfi Chabaane spends each day at a retirement community called Parc at Duluth. At 60, he’s the place’s de facto spring chicken, telling stories, dancing, and cooking for the seniors who live there. What he’s cooking are Tunisian, Indian, French, Malaysian, and German dishes, but his patrons often don’t know that. Chabaane disguises so-called “ethnic” foods with familiar descriptions, and serves them to people who may never have eaten international food before. That’s his mission: to expose retired folks to brand new cuisines in the most accessible way possible. And thus, to share a bit of his own life.

Born in the small coastal town of Menzel Temime, Tunisia, located on Africa’s northernmost tip, Chabaane began working from a young age in order to help support his family. He lost his father at just five years old, and, as the eldest son, had to step up and hustle his way through busy markets selling his mother’s lemonade and brik, a traditional stuffed pastry wrapped in phyllo dough and deep-fried.

“I would work from 7 a.m. to 4 p.m. and bring home 50 cents every day,” Chabaane recalls. His other chores included fetching water from a hand pump and buying food at the markets for his mom to cook. “She would send me back if I did not get the right cut of meat, which is why I came to know so much about food.”

Growing up in a house full of women, Chabaane learned to cook by watching them. He would dry pasta, tomatoes, and olives; cure meats; preserve lemons. He also made some money shelling peanuts, seeding peppers, and plucking chickens for the neighboring farmers. Life was not easy, but it laid the foundation for his future career.

After attending a presidential sponsored high school in Tunisia, Chabaane went on to earn a degree in engineering but could not find a job in his field due to the country’s unstable economy. Instead, he worked at a resort doing anything he was asked — busing tables, serving drinks, folding chairs. Then one day, he met an English couple who invited him to work at their hotel in the seaside town of Devon. Starting as a bartender, Chabaane trained at the Imperial Hotel in Torquay as a waiter, and then a maître d’. He enjoyed entertaining people with food, and became particularly fond of tableside cooking — flambéing steak Diane and crêpes Suzette, carving lamb, tossing Caesar salads. “That’s when I realized I could cook!” he says, with a laugh. He also realized that his new skill set could act as his ticket around the world.

Leaving Tunisia and moving to the UK had already been a culture shock of sorts. Chabaane didn’t speak English fluently and eating fish and chips didn’t satisfy his Northern African palate. But the cooking skills he’d developed, coupled with a strong ambition to learn about the world’s cuisines, got him a job on the Queen Elizabeth II cruise ship. As an onboard sommelier and maître d’, he sailed around the world three times. “I tasted caviar, foie gras, and smoked salmon for the first time,” he recalls. “I was the happiest person in the world!”

While Chabaane worked hard on the ship and was often seasick, he looked forward to tasting the cuisine at each port city along the ship’s route. “I would go to small local restaurants and eat the best paella in Spain, grilled octopus in Lisbon, tamales in Acapulco, and tandoori chicken in Mumbai,” he says. “I was building my knowledge of food and realized I wanted to open my own restaurant someday.”

Chabaane finally got a degree from the Culinary Institute of America in Hyde Park, New York, in 1992. From there, he snagged gigs at the Department of Defense in Germany, then a French restaurant in Florida. He catered alongside Oprah’s former chef Art Smith in Tallahassee, and headed the dining room at Cherokee Town and Country Club in Atlanta. Eventually, he’d made a big enough name for himself to open two Atlanta restaurants: Couscous, a Tunisian bistro in Morningside, and Perla Taqueria, a Mexican taco joint on Piedmont Road. But after five years of running the two restaurants, Chabaane decided to close down both. There was a revolution going on in Tunisia, one that would eventually mark the start of the Arab Spring, and he needed to go back there to be with his family. 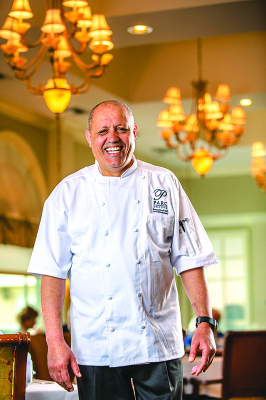 But eventually, Chabaane returned to Atlanta, a city that’s become his second home. As dining director and executive chef for Parc at Duluth, he spends his days conversing in multiple languages with the retirees, creating eclectic menus using fresh and often unfamiliar ingredients, and telling stories of his world travels over platters of chicken satay, French ratatouille, chicken curry, and black truffle risotto. “I am no longer a chef,” he tells me as he prepares to give the residents a spirited lecture on legumes. “I am an educator and an entertainer.”

In February 2018, Chabaane hosted a fundraiser for my Atlanta-based nonprofit, Go Eat Give, where he cooked homestyle Tunisian dishes such as spicy carrot salad, chicken tagine stew in a traditional clay pot, and vegetable couscous. In this way, the chef was able to recreate his childhood memories of eating big weekend lunches, sharing stories, and surrounding himself with people. Though some of the attendees were generally familiar with the region, none had ever tasted  traditional Tunisian food before, which stands apart for its European influences. Chabaane was proud to serve it to them.

“I have been cooking for over half a century,” he says. “Now I want to share what I have learned.”