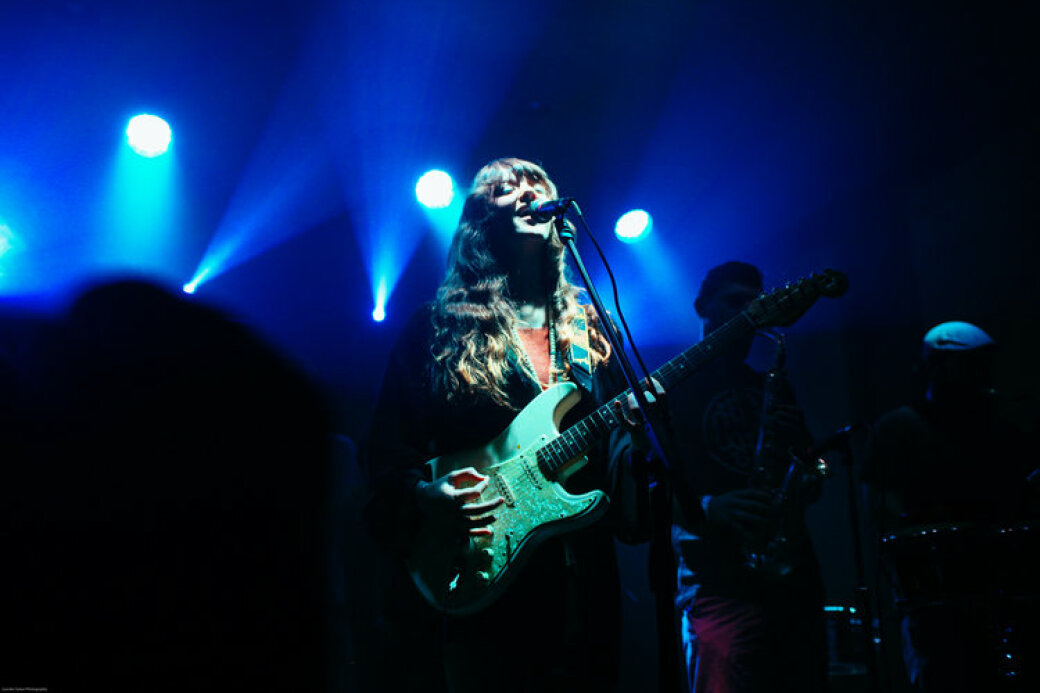 Photo credit: Courtesy of Chelsea Shag
A MOMENT OF BLISS: “I’m letting this love take me on a journey.” — Chelsea Shag
By Lauren Leathers Thursday May 10, 2018 03:04 pm EDT

Chelsea Shag has been hard at work this year, releasing a video for “Poise” and adding the final touches to a new EP, titled Satellites (out Fri., May 11). The EP has been in the works since 2016, and is a paean to letting go of past relationships, and thriving in new love. It’s easy to stay connected to the past as social media plays such a role in everyone’s daily life. But Shag isn’t looking back, as portrayed in “No Guarantees” when she sings: “We’re a bond forced through satellites. / There will never be a place for you and me. / No love in a time capsule and there are no guarantees.” The song combines her lush songwriting with elements of blues and pop songwriting. “Funk Love” is a rocking anthem to love, exploring the ecstasy, warmth, and excitement that is unique to each new partnership. The video, directed by Kara Hammond, (Trash Panda, Zale, Pussywillows, and Von Grey) and released by Madison Records, celebrates love with scenes of UV light, vibrant colors, body paint, and balloons. Satellites takes on a more polished, pop sound compared to Shag’s 2016 LP Colours. But each song delivers the signature, funk-infused sound that makes her one of Atlanta’s most intriguing rising musicians. She also has a few more surprises coming out this summer, but you’ll have to pick up CL’s June Music Issue for all the deets.