The disgraced rapper’s streaming numbers are no incentive to #MuteRKelly 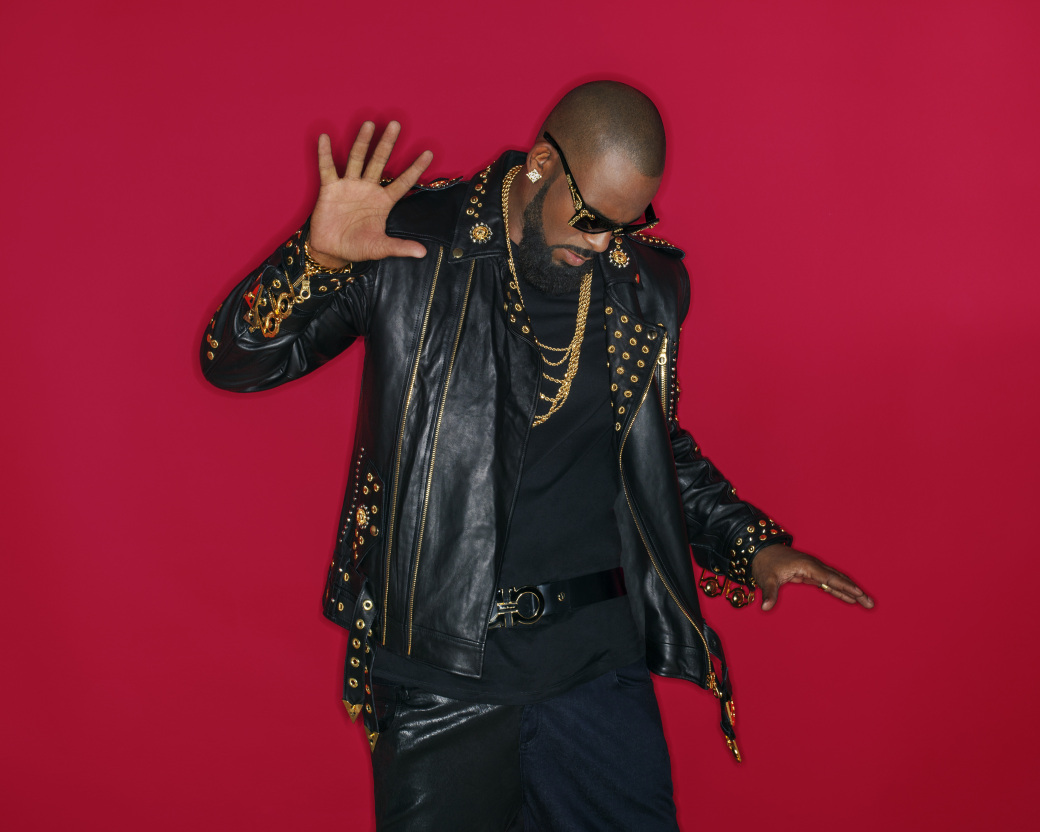 Two weeks after Spotify announced new policies that would affect artists who create “hate content” or demonstrate hateful conduct in their personal lives, we still have more questions than we have answers. And, the conversation surrounding how we as a society should handle claims of sexual misconduct remains as polarizing as ever.
The questions posed by Spotify’s new policy are good, necessary questions, even if the rollout was poorly executed. Companies should be grappling with whether or not they have a responsibility to the public when it comes to the people and content they’re promoting. But, in a world where violating women isn’t always taken seriously by the public, creating a policy that distances itself from artists accused of crimes against women is challenging. For example, in the case of R. Kelly, there is no conviction to prove that he is guilty of the decades of accusations of sexual misconduct from women, but there is proof that he married a 15-year-old when he was 27.
Even with its flaws (including the valid question of whether or not the policy will affect controversial musicians outside of urban music genres), the policy is beginning a conversation that leaders within the industry should’ve begun having years ago.
Earlier this month Spotify reacted to public outcry (#MuteRKelly) surrounding repeated sexual misconduct accusations against R. Kelly by announcing new policies that banned him from their playlists.
The new company policies stated that the streaming service would refrain from promoting artists who have participated in conduct that was especially harmful or hateful.
“We work with and support artists in different ways — we make their music available on Spotify and help connect them to new and existing fans, we program and promote their music, and we collaborate with them to create content,” a press announcement reads. “While we don’t believe in censoring content because of an artist’s or creator’s behavior, we want our editorial decisions — what we choose to program — to reflect our values. So, in some circumstances, when an artist or creator does something that is especially harmful or hateful (for example, violence against children and sexual violence), it may affect the ways we work with or support that artist or creator.”
The policy has affected R. Kelly, removing him from popular playlists that could potentially drive fans to stream more of his content. The Verge reports other services such as Apple Music and Pandora have also quietly removed Kelly from playlists. Weeks after the policy was announced and XXXTentacion’s music was removed from playlists, Spotify has begun to program his content again following outrage from people throughout the industry. It’s important to remember throughout all of this that Spotify is still partially owned by major labels. Its stakeholders likely want to know that their artists personal lives won’t affect their bottom lines.
But, new reports released this week suggest that hasn’t deterred some people from seeking out the music on their own. According to the Associated Press, R. Kelly’s Spotify streams have been unaffected by him being pulled from curated playlists. The news agency says “before the announcement, he averaged 6,584,000 weekly streams for the year. But from May 10 to May 16 he garnered 6,676,000 streams for the week, according to Nielsen Music.”
One look at R. Kelly’s social feed shows that many of the musician’s fans are as loyal as ever. When Kelly posted screenshots of an article from Complex about his recent streaming numbers, some fans were quick to shower him with praise.
“When @spotify closes the door, God opens the windows and when @Spotify closes the windows God opens the whole roof and Kells will fly like an eagle, rise Kells rise,” one Twitter user says.
“We wasn't gone mute Our Kelly. We love you mane,” another person says.
Slate recently pointed out that while Kelly’s music might have been removed from playlists, the artist has a long history of producing and writing for other artists and those songs appear to be unaffected. For instance, “Back & Forth,” a song Kelly created with singer Aaliyah remains on popular curated playlists. Kelly famously married Aaliyah when she was 15 and he was 27. The marriage was annulled.
Essentially, the policy was a strong social play on Spotify’s part, although the company’s announcement that it won’t be announcing every artist that is affected certainly raises questions regarding whether or not the policy will be fairly implemented.
In the end, Kelly has emerged unscathed. As usual. Spotify’s policy wasn’t necessarily seeking to harm artists, although not appearing on playlists certainly could be damaging to a newer artists’ career.
While I certainly think more companies should implement policies that don’t uplift the voices of abusers (and not just abusers of color), R. Kelly’s streaming numbers this week are proof of why many companies won’t. It would be nice if companies did the right thing and decided that they weren’t interested in doing business with someone who has a long history of being a predator, but expecting capitalists to take the moral high ground will always be a major risk. It’s more likely that the entertainment industry will continue to back abusers as long as consumers continue to prove that doing so is lucrative.​​​​​​