'Pictures of Your Mind' visually reminisces over galactic memories, stories, and thoughts 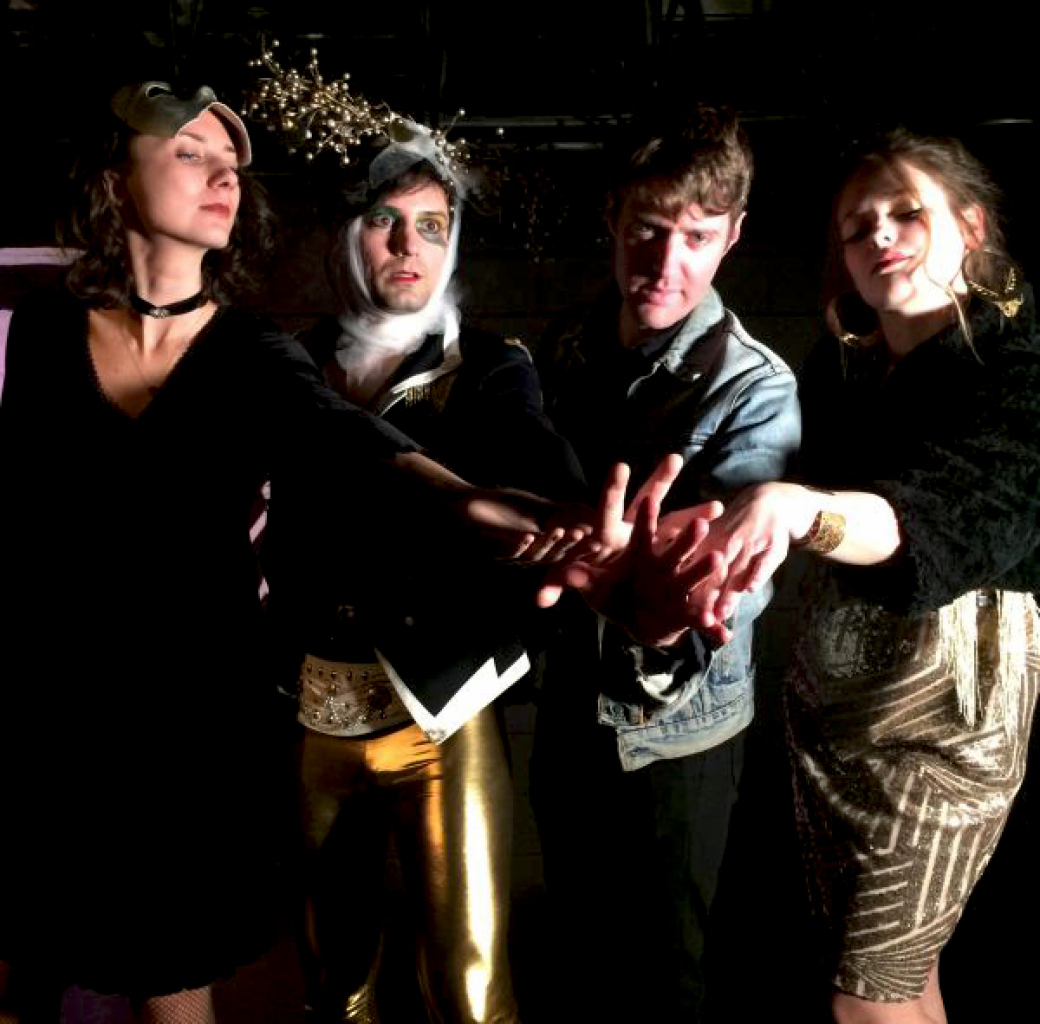 Rossellini Politi, formerly a member of Del Venicci, sings and plays guitar amid a lineup featuring Evgenia Leshchinskaia (synth, piano, vocals), Zalika Yavlinskiy (synth and vocals), and Sean Zearfoss (drums). The foursome explores concepts of exterrestrial life, transcendental meditation, and lucid dreaming throughout the record. Leshchinskaia allegedly had a personal experience with aliens, and recalls once seeing a flying saucer in Israel.
“Each song is a different story,” Yavlinskiy says. “It’s like its own microcosm.”

Two videos capture the surrealism of the band’s debut album. “Highland,” produced by Sophia Wilson and directed by Ari Wilson, utilizes dark wave synth and glammy guitar, following two plots that overlap only for a brief moment when the video’s protagonists cross paths.

“Each band member plays a different role and takes part in a night of ritual and coincidence,” Politi says.

“Lulu,” conceptualized and directed by Craig Whitehorn (of Politi’s comedy group at Relapse Theatre), offers a homespun take on art synth-rock. The video was made in Politi’s backyard, with Yavlinskiy’s cat playing the lead, and explores fantasies of having a great companionship with a pet without really understanding the dark life it truly leads. Cori Burns, who plays the feline in the video, is an acquaintance from Relapse Comedy as well.

Since 2017, Low Valley Hearts has offered ’80s inspired goth-pop to tell their stories, but now the group is working on new content with a more personal feel, taking on a minimalist direction with less guitar and more electronics — all without sacrificing their characteristic full, artistic sound. Three new songs are in the works, and a single with a video is expected to arrive this fall.