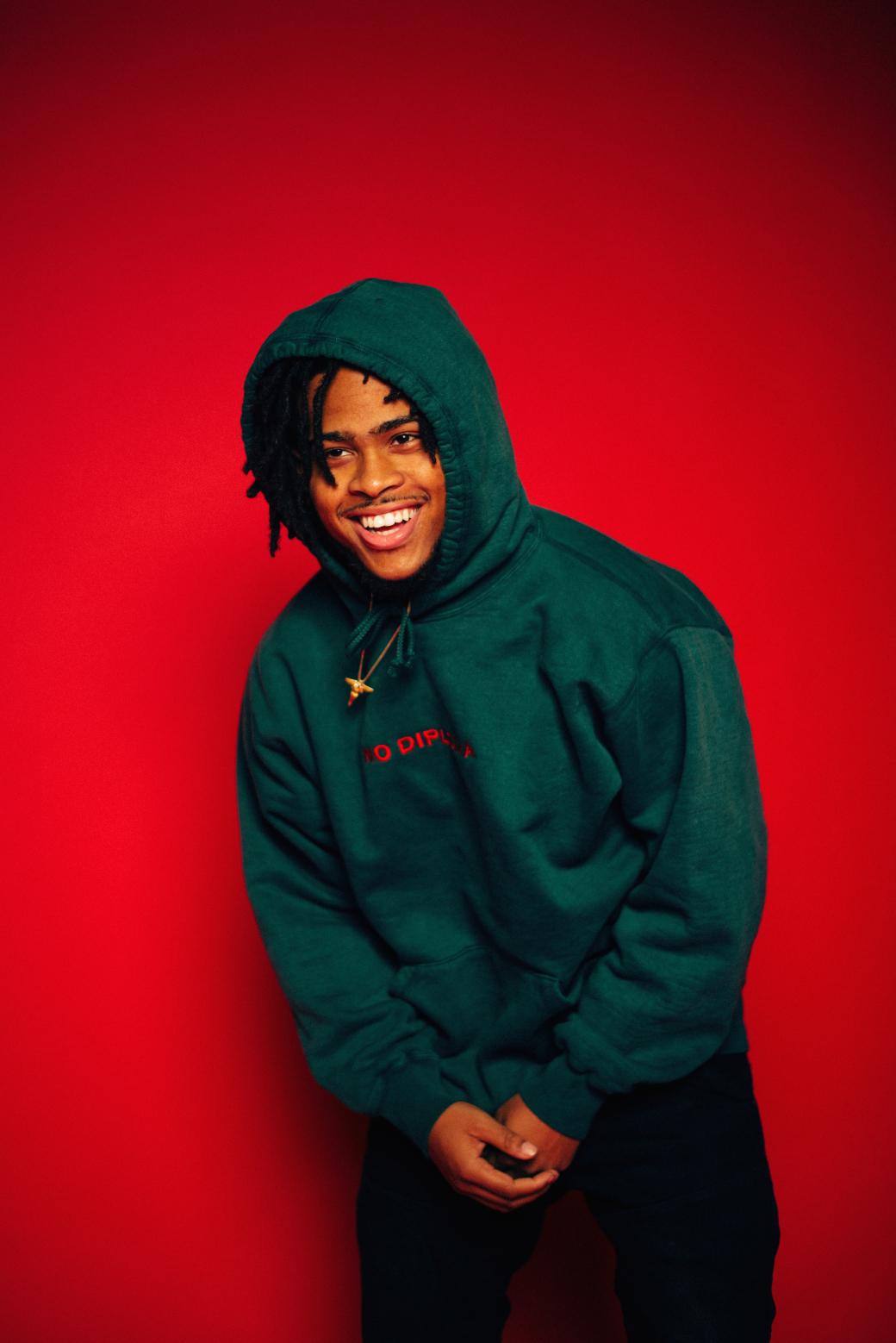 Childish Major is an artist whose soothing lyrics often dance to a beat of his own production. Born Markus Randle, Childish Major was born Minnesota and raised in Edgefield, South Carolina, but admits the close proximity with Atlanta influenced his soulful take on hip-hop. After establishing himself as a formidable presence in A-town hip-hop with Rocko’s 2013 single, "U.O.E.N.O." (ft.Rick Ross and Future), the Grammy-nominated artist released his debut solo album, Woo$ah in December 2017. Its title perfectly captures the effects his honeyed rap melodies have on anyone within earshot. Six months after the album’s release via Humility City Records/Empire, Childish Major is still riding a high from the success of songs such as “I Like You” (feat. DRAM & 6lack), “Happy Birthday” (feat. SZA & Isaiah Rashad),” and “Supply Luh” (produced by J. Cole). Before making his next move — whatever it is, he ain’t saying just yet — Childish Major took a few minutes to talk about establishing himself, working with top-tier artists, and his continuous rise to fame.

Let’s begin with your impressive transition from producer to vocalist. Did you always want to be a recording artist, or did you develop a passion for your own music along the way?

For sure, I always wanted to be an artist. But when I was younger, someone told me producers make all the money, so that’s where my focus led. Then, I guess, I saw a window for me to develop my writing skills and pinpoint everything it takes to be an artist.

Are there any tracks you’ve had your hand in that people may not already know about?

SZA’s “Green Mile.” I did the ending of that track, which is also a full song. I don’t know what happened with releasing it (laughs), but her fans are always hitting me up asking ‘bout it. Also, J. Cole’s “4 Your Eyez Only.” That was my first time being credited as a producer working post-production.

How did you come to meet J. Cole and work on his album?

I met Cole through Earth Gang and J.I.D. They introduced me to him and connected us after he’d heard some stuff I did. He invited me out to the Sheltuh, which is the Dreamville studio house in North Carolina.

I found out he was going to New York to finish the album, so I bought my own ticket, thinking, “I just gotta be there.” I went with no intention that I was going to be involved. I just wanted to be around and experience the process, but he made sure he kept me in the loop. Sometimes I’d be chillin’ and he’d randomly say something like, “Yo, I think you should go in there and help Elite,” Dreamville’s producer. I didn’t want to impose, so it was good that he reached out and saw a place where I could fit.

Your debut project, Woo$ah, features a few familiar names. How did collaborations like “I Like You” with DRAM and 6lack come about?

6lack is a good friend, we’ve known each other since before [he took off]. One day he came back in town and I played him the song. Ended up asking him to get on it, so he did the verse right then and there.

I met DRAM when he was fresh off his “Cha Cha” days. At that point I had a couple songs, but I was kinda trying to figure out if I wanted to be an artist or not. I played “I Like You” for him, and he did a take throughout the whole song. I chopped parts that I liked and placed him in.

What about your track with two of TDE’s finest? Describe the process of recording “Happy Birthday” with SZA and Isaiah Rashad

I’d already worked on SZA’s album. There’s always good energy with her. I actually didn’t put her on the song though, that was Isaiah's doing. He and I would send stuff back and forth. He liked “Happy Birthday” enough to where he was going to keep it for himself, so that’s why he put her on the song. Then my birthday came, and I was like, “Man, I kinda wanna just drop it,” so I did.

You moved to Atlanta in 2011. How did working with inner-city acts like Two-9 provide a platform for the success we’ve seen up to this point?

For me, it was probably just as influential as producing “U.O.E.N.O.” with Rocko, Rick Ross, and Future. With [that song], I was getting attention high up within the industry, but producing for artists like Two-9 and Rome Fortune gave me like, the base level of notoriety that I needed.

Do you think Atlanta’s networking scene has had a direct influence on the widespread talent throughout the city?

Atlanta’s networking scene allows newcomers to dive straight in and meet people who are doing things within the industry already. The Atlanta creatives I met before touching down are the ones who passed on the news about me to others. It definitely played a big part in my career.

Is there anything we should look forward to in the near future?

More music and more collabs. I can’t say with who yet, but be on the lookout!