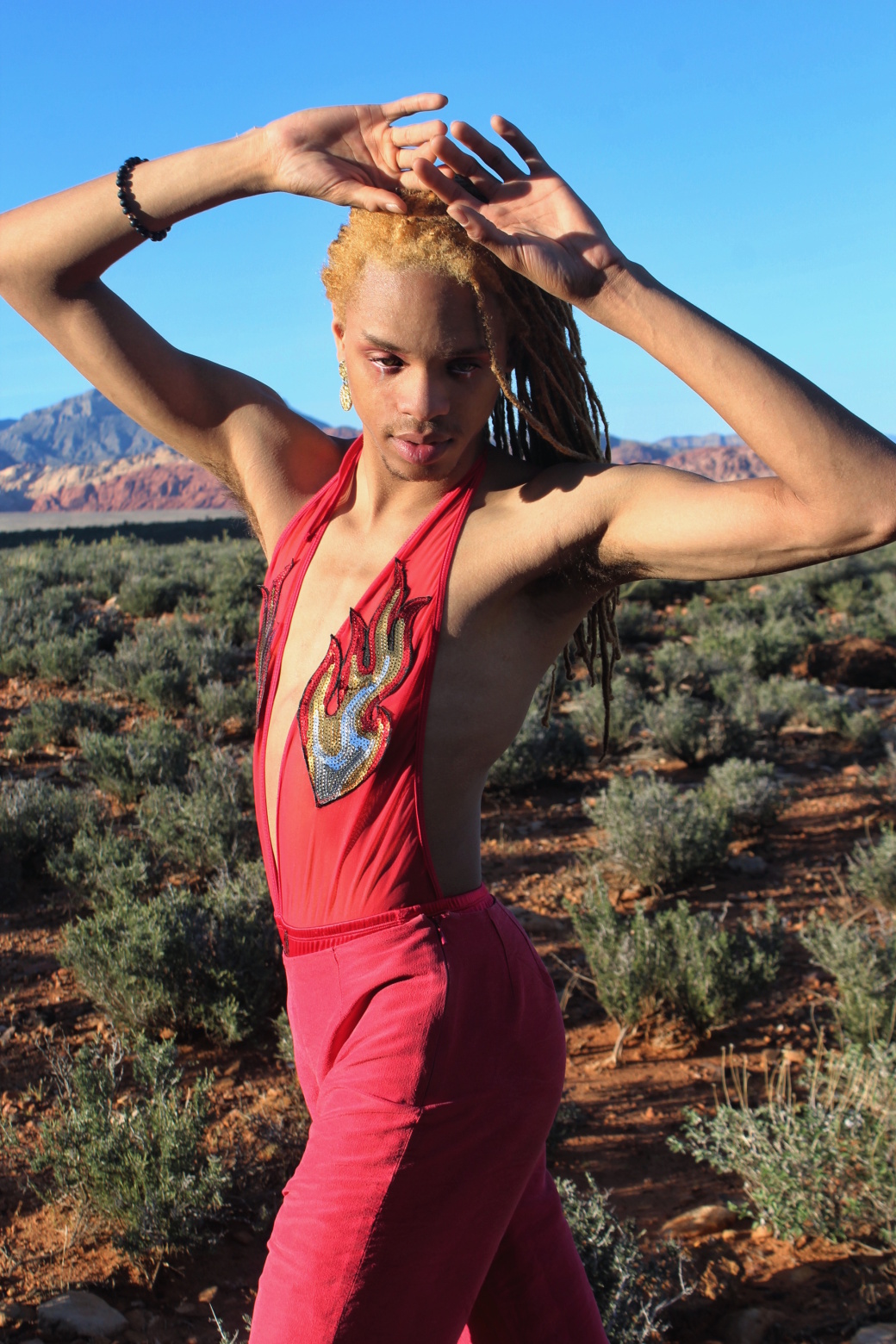 The over-commercialization of pop music often makes it a pariah amid DIY music circles. Even though mega-stars such as Prince used pop as a vehicle for subverting societal norms, their success still relied on a consumerist infrastructure at odds with the communal tenets of DIY. In Atlanta, 24-year-old performance artist and musician MonteQarlo is taking pop music back from amphitheaters, and bringing it to dive bars and activist spaces.

“I like the idea of being a DIY pop star, because pop music is so interconnected and affiliated with extreme capitalism and excess, where there’s always fireworks and pyrotechnics at shows,” Qarlo says. “I really like the idea of giving that same presence and energy in a space that’s more intimate but still has the same kind of big, bold showmanship.”

Qarlo (who prefers gender-neutral pronouns), moved to Atlanta in 2016. They're an army brat who was born in Panama City, Panama, moved to Detroit when they were pretty young, and then moved to a few places around the South, finally ending up at Fort McPherson before it closed.

Qarlo has played a key role in fostering a collective identity among primarily queer artists of color who are unable to find a consistent space for performances. After meeting like-minded artists through activist groups such as Southern Fried Queer Pride, Qarlo and other friends started CLUTCH, an underground party that combines the grandeur of pop performance with DIY solidarity. For Qarlo, whose shows harness the power of performance for celebration and resistance, music and activism are inseparable.

“I wanted CLUTCH to feel more communal versus just coming to see folks perform,” Qarlo says. “I wanted there to be food and STD testing and all that so it would feel like a family reunion of sorts, where people could be exposed to artists that looked like them and shared lived experiences.”

Qarlo’s music reflects the artistic diversity of their cohorts as deep house, pop, and R&B dissolve into each other. The song “Melt” subverts mainstream pop tropes by skipping a defined chorus and embracing the power of repetition and minimalism. A mellow house beat carries the five-minute track, lulling listeners into a trance while giving Qarlo’s voice space to explore its full range, from whispered confessions to soaring harmonies.

Qarlo’s forthcoming EP takes its title, Alfeñique, from the Spanish word  for weakling, which references their experience growing up queer and dealing with homophobic slurs about being effeminate. “One of the stereotypes of queerness is that folks are weak and sissyfied,” Qarlo says. “Alfeñique transcends that by being proud and certain and provocative in a domineering way.”

Their ability to play around with that juxtaposition, whether through combining the excess of pop and the intimacy of DIY or by using trauma as a source of power, creates a compelling tension in their music and activism that’s reenergizing Atlanta in profound ways. -CL-