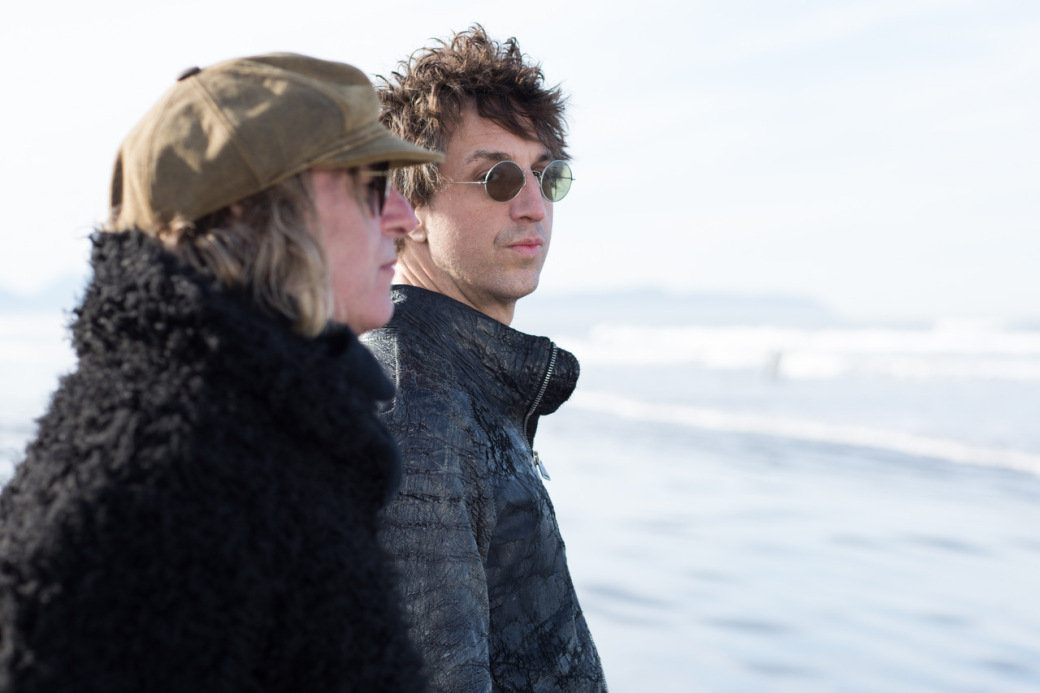 “When people say, ‘I love your music,’ it’s weird to me because it’s like they’re talking about somebody else,” says singer/songwriter Joseph Arthur. “I feel like a new artist, like this is my first album and I’m in a band. I understand I have a history and I’ve made a bunch of albums, but it feels like that was somebody else. It’s not a pose. It’s kind of a death and rebirth process.”

It’s a surprising revelation from an artist with over 20 solo efforts under his belt. Arthur is calling from his home in Brooklyn, having just returned from tour rehearsals with Arthur Buck, a collaborative project with former R.E.M. guitarist, Peter Buck. The band’s self-titled album, out June 15 via New West, displays a tonal shift, both lyrically and musically. Since his 1996 debut, Big City Secrets — an album that began while he was living in Atlanta, before signing with Peter Gabriel’s Real World label — Arthur has cultivated a faithful following due to the confessional bent of his songwriting. The somber themes he explores are swimming in layers of looped instrumentation, or laid bare upon simple guitar and piano arrangements, further amplified by his brooding vocals.

But as the single “Are You Electrified?” suggests, Arthur Buck’s vibe is ebullient. Buck’s lustrous hooks create a framework for Arthur’s life-affirming sentiments. In the rousing opener, “I Am the Moment,” Arthur’s mind is on the present when he insists, “Just take your time/There is no need for you to rewind.” “American Century” is a modern glam rocker, its vibrant harmonies reminiscent of Electric Warrior-era Marc Bolan. “If You Wake Up in Time” is a swirling bit of post-funk — Buck’s winding guitar rhythm against a stark beat is a sonic callback to his partner’s early experimental work. Arthur Buck defies listeners to sit quietly and take it all in.

“I graduated to this place because my life bottomed the fuck out,” Arthur says. “My plane skimmed the trees for real, and when that happens, you wake the fuck up, or you don’t. What you wake up into is ‘Holy shit, I have a long way to go’. I didn’t care. I just started running in the opposite direction as fast as I could, as hard as I could, and as well as I could, and I haven’t stopped or really looked back much.”

Arthur Buck is a vital reflection on survival. In the ’90s, when Arthur was developing as a songwriter, the benchmark artists for him and his peers were icons of self-destruction. Musicians like Keith Richards and Kurt Cobain, whom Arthur describes as “not giving a fuck, while accidentally tripping over greatness,” epitomized romantic notions of the tortured rockstar that he internalized early on. With age and experience, Arthur realized creative achievement owes little to personal torment or a hedonistic lifestyle, and he cites Atlanta’s most lauded artist to drive his point home.

“What now becomes subversive, ironically, is waking up at six in the morning to run, going to yoga class, not eating meat. When I’m in bed at 10:30 p.m., I get this crazy smile on my face the same way I used to at 4 a.m., doing all kinds of fucked-up shit. What looks cool to me now is someone like Childish Gambino. Like, ‘Holy shit, dude, you’re doing everything on this A+++ level!’ I’m glad the cultural myths are changing, and excellence is not seen as this weak thing.”

While they both have roots in Georgia, Buck tracked Arthur down at a Seattle gig to recruit him as an opener on R.E.M.’s 2004 Around the Sun tour. Michael Stipe covered Arthur’s breakthrough single, “In the Sun” for Hurricane Katrina relief, and Buck and Mike Mills have provided backup at a handful of Arthur’s shows. A trek to Mexico last fall to pick up a Dobro guitar Arthur left at Buck’s place in Todos Santos offered an opportunity to write some new songs together, and as they traveled up the West Coast from LA to Portland, more kept coming. Arthur credits Buck’s Zen-like approach to songwriting as the guiding hand for the structure of the work, which left room for his own musical stamp. A true collaboration.

“I didn’t have to make sure that I didn’t put too much of my own identity into it because Peter is an influence, and R.E.M. is an influence when I’m just working on my own. I also wear my influences on my sleeve. There’s something in me that feels like it’s fun and perverse to not be bashful about your influences, and being confident enough in your originality to do that. You leave yourself open for people to bash you, but I don’t think in a fear-based way when I’m making music. (Laughs) I only think in a fear-based way after it’s all done,” Arthur says.

With six new songs in the works, enthusiastic support from New West, and an upcoming tour booked, Arthur feels confident the band will surpass his expectations.

“I’ve been in side projects with other big artists, but a lot of times collaborations are cursed — cursed is a strong word, but you know what I mean. It works because it’s actually a surprisingly good album. Like, everybody is surprised by how good it is, even us!”