Fables of the renovation

529, the Buckhead Theatre, Masquerade, and Philips Arena get a facelift 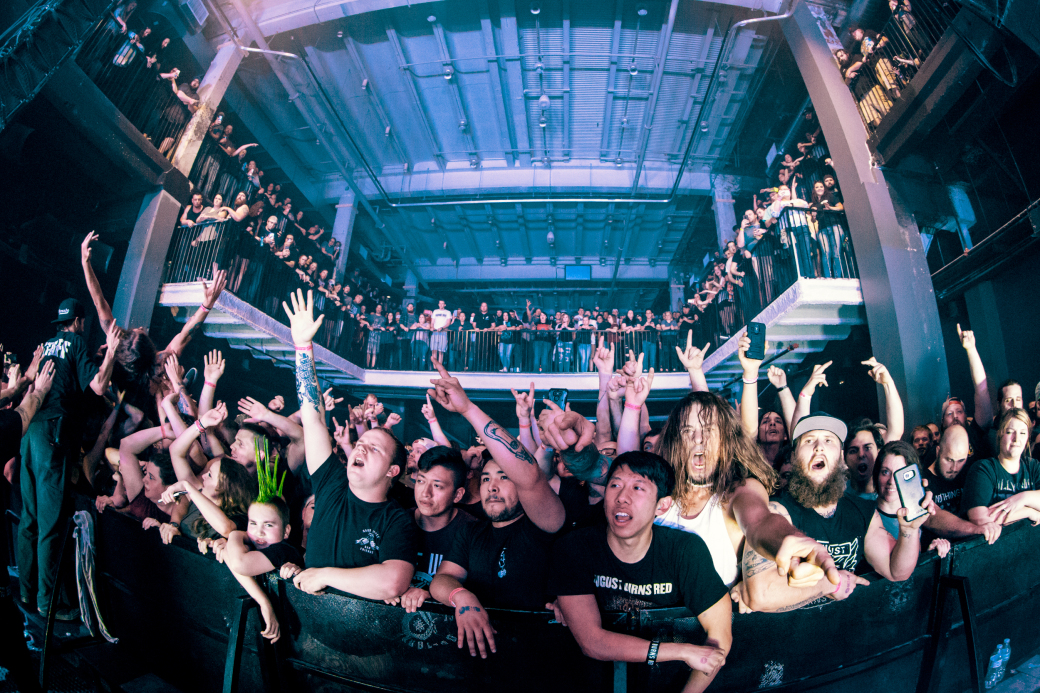 For years, long lines and sold-out shows have been commonplace for 529. To alleviate these problems, the East Atlanta Village music haunt has more than doubled its capacity to hold 250 patrons, bringing with it a larger stage, two new bathrooms, and a beefed-up sound system.

“East Atlanta Village is only getting busier every year, so the capacity upgrade was more of a necessity than it was a desire,” says Kyle Swick, 529 promoter and founder of DIY booking and promotional network Irrelevant Music. “There is now more space for artists, patrons, and staff. The second bar allows for quicker service, and the new stage and sound system is a huge upgrade, thus the venue sounds better in general.”

The Buckhead Theatre has been a part of Atlanta’s storied history since opening in 1931, and reached new heights following a 2010 relaunch. The venue offers a small-room feel in a large theatre setting, and in February, it received a substantial renovation, mainly cosmetic: new flooring, new paint, and state-of-the-art sound and lighting systems. While the maximum capacity remains at 1,450, renovations are currently being made to the seated balconies to offer more seats.

Buckhead Theatre’s marketing manager Josh Martin thinks these changes are good for both the venue and the community as a whole. “We believe the renovations elevate Buckhead Theatre to being the venue it was always meant to be ever since Charlie Loudermilk reopened the space back in 2010,” says Martin. “Before we came on board, about 30 to 40 public events were happening at the venue annually. We anticipate to hold over 100 live concerts and events just in 2018 alone.”

Attendees have the opportunity to experience these improvements at any of the Buckhead Theatre’s upcoming shows, some of which come from ATL Collective Presents: Tom Petty’s Wildflowers on June 29, Tory Lanez on August 12, Bullet for My Valentine on September 27, and Kamasi Washington on November 17. — WC

In November 2016, after nearly 30 years at 695 North Avenue, the Masquerade vacated its long-standing home to settle into new digs at Kenny’s Alley at Underground Atlanta. It was intended to be a temporary move that would buy Atlanta’s revered underground music club a little time to plot its future, after plans to develop a warehouse in West Midtown were thwarted by residential developers. On October 23, nearly a full year after settling in at 75 Martin Luther King Jr. Drive S.W., the Masquerade signed a lease with the Underground Atlanta development company, WRS, Inc., and is staying put for at least a decade.

“The lease is 10 years-plus, with other options on our side, so we could extend that if we choose to,” says the Masquerade’s talent buyer Greg Green. “What spurred us was the favorable experience we’ve had over the course of the year. We gave it a year’s time, we saw the other options that were in front of us, saw the support the WRS folks have given us and their eagerness to keep us here, and it all came together to make this decision.”

Now, the club’s staff is making renovations and upgrades to all three of its Heaven, Hell, and Purgatory concert venues.

In December, Heaven was closed to the public through March to knock out the ceiling and build a new balcony and mezzanine in the former Underground Atlanta food court. There’s also a new set of upstairs bathrooms, two new bars, upgraded sound and lighting, three new artist green rooms and two new artist bathrooms/showers.

The renovated Heaven reopened in March, jumping from a 1,000 to a 1,400 capacity room, and the expanded space is a spectacle to behold. Summer highlights in Heaven include performances by Snow Tha Product on June 9;  the Summer Slaughter 2018 tour featuring Between the Buried and Me, Born of Osiris, Veil of Maya, and more on July 15; Digable Planets on July 23; and Bomba Estéreo on August 9. — Chad Radford

Multipurpose indoor entertainment complex Philips Arena is undergoing a $192 million upgrade to modernize the venue and adapt to the modern fan. The 19-year-old, 21,000 capacity facility, which hosts sporting events and concerts year-round, hasn’t changed much since its opening in 1999. Although Philips Arena is synonymous with basketball, this renovation is for the music as much as it is for the Hawks. Every decision regarding the redesign ensures optimization for sound. Formerly-private suites are rebranded as public, allowing sound to travel freely, and communal viewing areas have been added on the upper levels as well.

Philips Arena’s senior vice president and general manager Trey Feazell wants to see more music Downtown. “We’re about the community,” Feazell says. “We’re a community asset, so we want to give back. That means we are bringing in more diverse shows. We are positioned perfectly,” he adds, “like the center of a dartboard. Everybody in the Metropolitan area can get to us.”