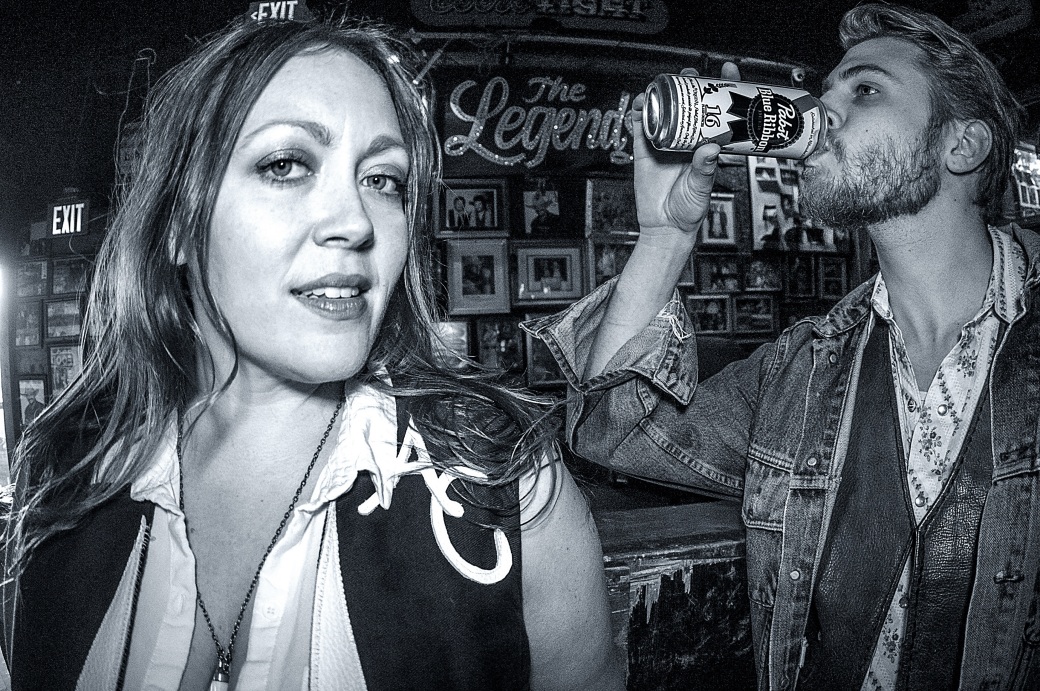 Guitarists, singers, and songwriters Andrea Colburn and Mud Moseley’s debut album Easy, Sleazy and Greasy brings welcome levity to the sometimes uptight world of traditional country music. Comedy and country music go hand-in-hand, based on the calculated nonsense of Roger Miller, the self-deprecating persona of Mel Tillis, or the shameless vulgarity of Wheeler Walker Jr. The duo took cues from each approach, resulting in the absurd series of calamities in "Sad Country Song," the darkly comedic breakup anthem "Garbageman," and the lewd yet hilarious "Pepperoni Sue."

For Moseley, irreverence wasn't the aim when he first started writing country songs with Colburn. "It happened because we're both sarcastic people," he says. "It seems to be that we either write sad songs or ones that are kind of puns. I think it ends up being easier to write if you put some humor into it."

The duo's self-described "surf western" sound blends classic honky-tonk and rockabilly song structures with both members’ punk, garage, and classic rock reference points. Colburn first wanted to play guitar after discovering Led Zeppelin as a teenager, and she cites Mazzy Star, alongside Hank Williams and early Willie Nelson, as musical influences. Moseley says they have enough new songs to fill a new album, marked by an increased focus on the surf half of "surf western." It'll be the next progression in a modern, countrified sound, built on a songwriting duo's shared appreciation for story-driven lyrics and bawdry humor.