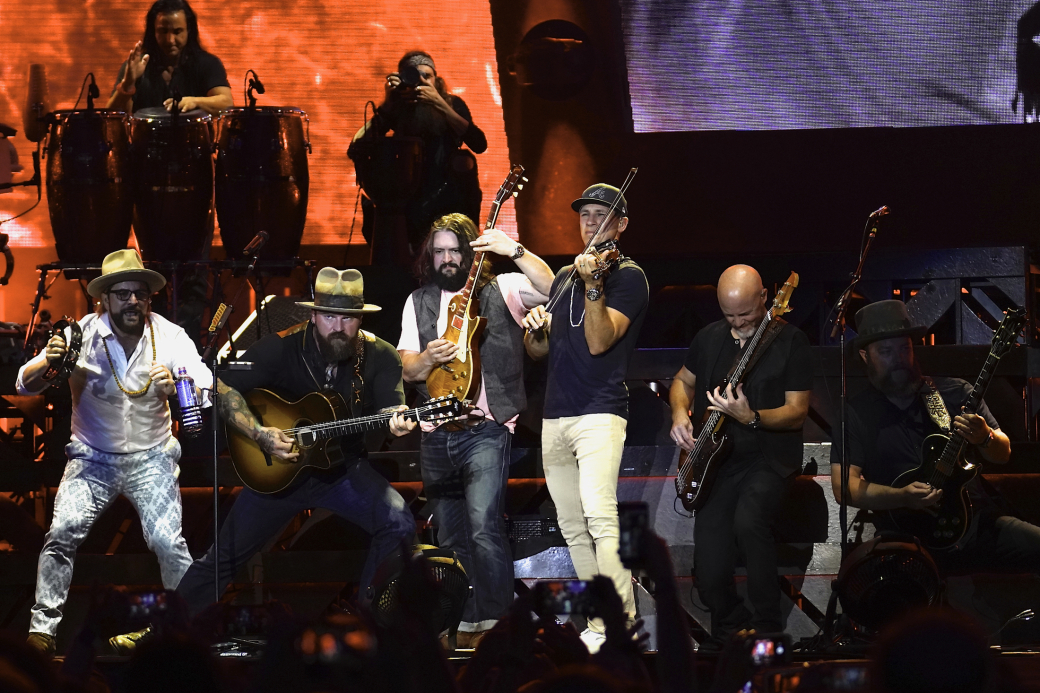 WHO: The Zac Brown Band with OneRepublic

WHY:  Singer and guitarist Zac Brown brought his Down the Rabbit Hole Tour to Suntrust Park on June 30. Saturday night’s performance marked the first time the hometown contemporary country star headlined a stadium show in Georgia — an apropos affair considering the title of his most recently released album, 2017’s Welcome Home (Atlantic/Elektra).

Hailing from Colorado Springs, CO, OneRepublic opened the show. Fronted by vocalist and songwriter Ryan Tedder, the band is, perhaps, best known for songs such as “Start Again” feat. Logic, “Apologize,” and “Secrets.” Tedder, however, has also penned songs for U2, Adele, Beyonce and Taylor Swift.

See a gallery of Perry Julien’s photos from the show below, and more on Instagram at @perryjulienphotography

“Day for the Dead”
“Toes”
“The Devil Went Down to Georgia” (by the Charlie Daniels Band)
“Keep Me in Mind”
“Free/Into the Mystic”
“Tomorrow Never Comes”
“Knee Deep”
“Use Somebody” (by Kings of Leon)
“My Old Man”
“As She's Walking Away”
“Colder Weather / Take It to the Limit”
“Take Me to Church” (by Hozier)
“Loving You Easy”
“It's Not Ok”
“Beautiful Drug”
“Sweet Annie”
“Whipping Post” (by the Allman Brothers Band)
“Chicken Fried”
“Homegrown”
Encore medley:
“Cult of Personality,” “Bennie & the Jets,” “Tush,” “Thank You (Falettinme Be Mice Elf Agin),” “Despacito,” “Baby Got Back”
“Thunderstruck” (by AC/DC)
“Sabotage” (by the Beastie Boys)