A night spent waiting in line for the rooftop bar 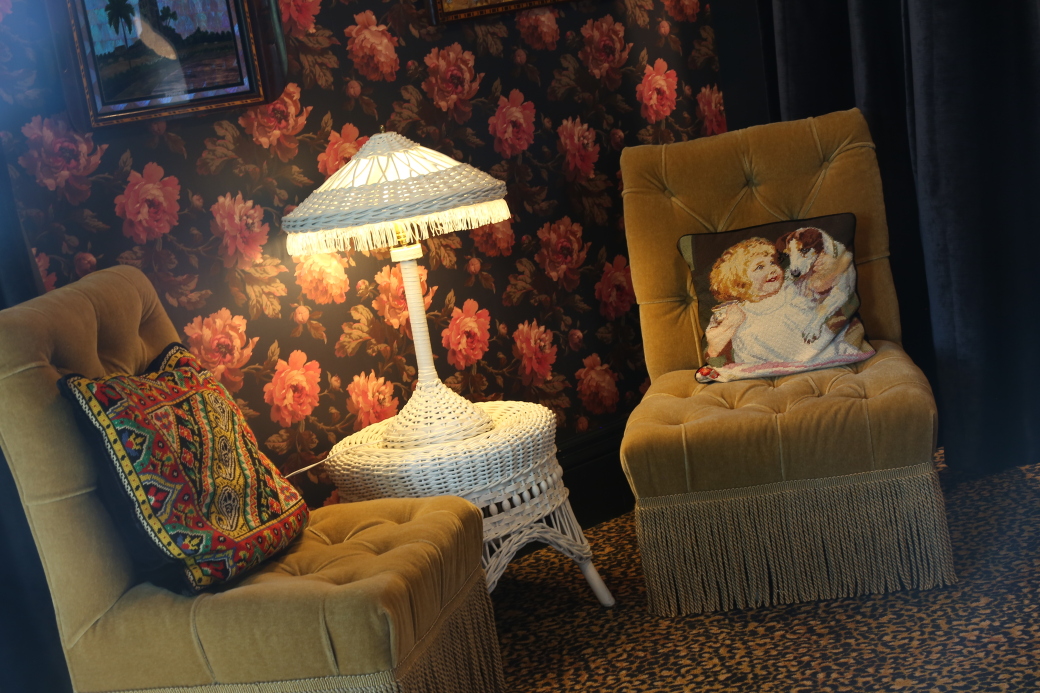 Photo credit: Brandon English
HOTEL LIFE: "...the interior looks like someone stole all my uncle’s belongings and turned them into furniture." — Brent Michal
By Brent Michal Thursday July 12, 2018 02:10 pm EDT

The parking lot was swallowed by a black SUV with a lift kit and suicide doors. A big dick in loafers hopped out, with a couple of high-heeled Betty’s on his arm, and tossed the keys to the beefy valet in a floral top. I laughed as the whip eased away and the marquee shouted, “ALL ARE WELCOME.”

Once inside, I strode to the golden elevator set for the heavens but was stopped short by a couple of blazers moonlighting as security. They mumbled something about “full capacity” and pointed me to the host stand. The hostess typed my information into a tablet and explained the electronic waitlist. She said I was 87th in line, and as I stepped away I received a text confirming that placement.

I did a walkabout the lobby and observed the furnishings. It was a virtual Pinterest board and fascinating sideshow of working-class appropriation. For decades, before closing its doors December 31, 2009 , the Clermont Hotel was on its last leg; a haven for the lower middle class, the down-and-out, and drifters amid the deteriorating landscape of the city’s main thoroughfare, Ponce de Leon Avenue. It was Atlanta’s counterpart to New York City’s Chelsea Hotel of the late ’70s, steeped in stories punctuated by prostitutes, desperate nightlife, and infamous former residents, such as punk rock provocateur GG Allin who called the Clermont home for a while.

But that was a long time ago, on a previous incarnation of Ponce.

Now, rebranded as Hotel Clermont, the interior looks like someone stole all my uncle’s belongings and turned them into furniture.

At this point it was barely tonight, almost tomorrow, and high time for a drink, so I piggybacked a line of post-grad Chad’s strutting into the lobby bar. They made it in, but I was stopped by another blazer with a velvet rope. He quarreled a bit with the chip on my shoulder before directing me back to the host stand to be placed on another electronic waitlist.

While I waited in two fake lines I bought two real drinks at the Clermont Lounge. The gloriously hellish basement hasn’t changed a bit, and me and my fellow waitlisters are allowed right in. Open since 1965, the Lounge has been in Atlanta longer than the Braves, and I’ve never left feeling disappointed. Originally christened as the Jungle Club, the Clermont Lounge is a Southern fever dream of deep mahogany and red tones, where oft-overlooked queens dance before a bar held together with duct tape, lined with paper shot cups and PBR tallboys. Most guests enter for a laugh, but leave with a sincere sense of place and a deep admiration for a lineup of experienced performers, led by Blondie Strange, a goddess-poet with a famously aluminum-can crushing rack.

There’s an arrangement afoot here. The hotel leans on the reputation of the Lounge to further their appeal to the weekend warriors of tourists and white suburbia, while the Lounge benefits from the deep pockets of the polos and top siders clamoring for an authentic experience. Of course, all are truly welcome at the Clermont Lounge, and that’s what separates them from the top.

After an hour or so, in the middle of my third drink and the second verse of Drivin’ N' Cryin’s “Straight to Hell,” I received a text congratulating me on my acceptance into the lobby bar. So I tucked my neckbeard into my Doc Martens, blew a kiss to the stage, and marched back upstairs with my electronic ticket to the funhouse.

I lapped the lobby bar and bumped into a former employer and his wife enjoying a “staycation” at the hotel. I detailed the waitlist for them and presented the link on my phone. It said, “You’re waitlisted to Rooftop at Hotel Clermont as #29th in line.” They shared my perplexity and headed upstairs, while I admired the books, the Betty’s, and the boozy list of $11-$14 cocktails.

Back in the lobby, I watched a couple take pictures of the retro stylings while their drinks drew ring stains on a Bob Dylan book. My buzz was wearing when my old boss texted me. He said, “Not sure why they’re making folks wait. There MIGHT be 40 people up here. Hang tight, I’ll come get you.”

A minute later I was climbing the heights of the Clermont with a clique of Tyler’s in J. Crew sneakers and distressed band tees. Tyler number 2 was trying out his best tight five of elevator material. My favorite line was “I just hope they flipped the mattresses.”

Finally, the doors opened and I stepped out onto the faux grass of Valhalla. The intimate affair of 40 or so guests was scored by a house remix of the Smiths’ “This Charming Man.” The décor was mock repurposed, and, apart from my old friend and a dashing couple by the bar, the only people of color were on staff. It was a modern Luis Buñuel phantasm of the upper middle – a group appalled by the trappings of the elite yet hell-bent on the abduction of working-class adornment. Here they can order street food from a cocktail waitress and drink PBR for $5 a can by the Gatsby light of the Ponce City Market rooftop — a beacon which guides the reverse white flight of bird scooters and displacement down that long stretch of concrete. Under the influence of alcohol or a 15% tax rate, the rooftop looks like a cash carnival for those looking to boost likes with a bohemian chic backdrop.

As I laid down the chicken-scratch version of the above climax, an older Betty in half a skirt approached with an outstretched palm. “Do you work here?” she asked. I said, “Yes ma’am” and took the trash from her hand to toss on my way to the elevator. Downstairs, I saluted the poor souls trapped in the purgatorial waitlist, and exited the building. Outside, I opened my phone to find good news. I was only 10th in line to enjoy the Rooftop at Hotel Clermont.