10 venues that will blow your damn mind 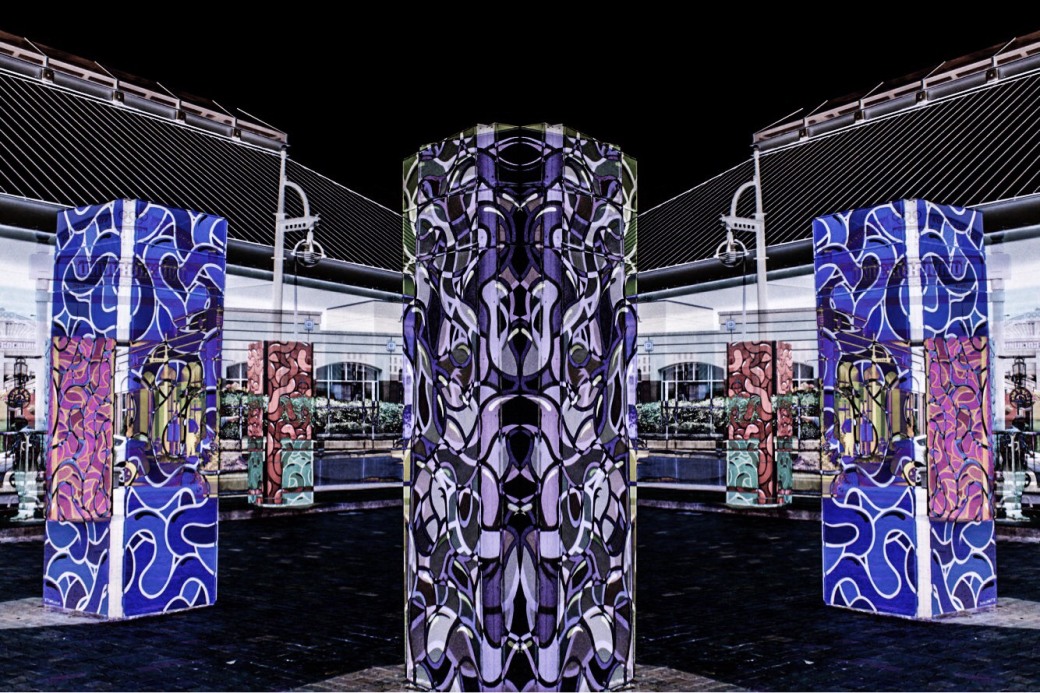 As we are deep into the hottest months of summer, it’s time to embrace the power of the good ole A/C. And hell, while escaping the heat we may as well go somewhere that’s cool in more ways than the temperature. We’ve seen art fight for freedom of expression in multiple ways. Last year, city officials attempted to exert control over murals being painted on private property. Artists of all mediums across ATL banded together, taking the issue to court — and they won. Figuratively, political discourse influences every brush stroke and pen mark. The shmucks in the White House may have failed at everything else, but at least they’ve generated a nationwide interest (and need) for art to address difficult topics or provide an ethereal escape from reality. Local venues are helping us fight one more battle: Summer. So beat the heat and take refuge indoors with art, and feel no shame about doing so.  — Lauren Leathers 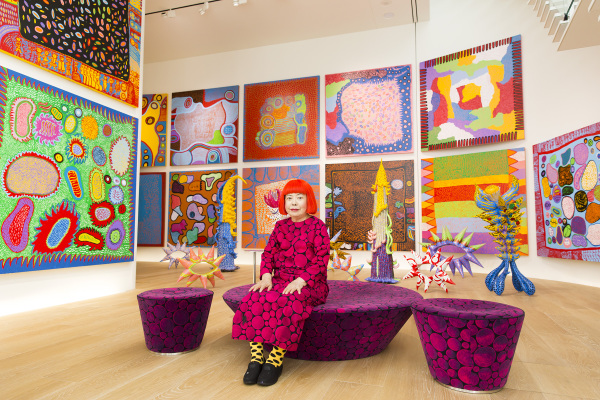 With its bright colors and endless mirrors reflecting images to infinity and beyond, Yayoi Kusama’s Infinity Mirrors has taken over social media by storm. Guests can get lost in six decades worth of the 89-year-old artist’s kaleidoscope environments, a room for each decade containing sculptures, paintings, film excerpts, archival ephemera, large-scale installations, and various other mediums of expression. This comprehensive exhibit, which takes over the High Museum November 18, has sold out every venue across North America, so snag these hot potatoes while they’re available. Tickets go on sale September 17. Free-$14.50. 10 a.m.-5 p.m. Tues.-Thurs. and Sat.; 10 a.m.-9 p.m. Fri.; noon-5 p.m. Sun. High Museum of Art, 1280 Peachtree St. N.E. 404-733-4400. www.high.org. — LL 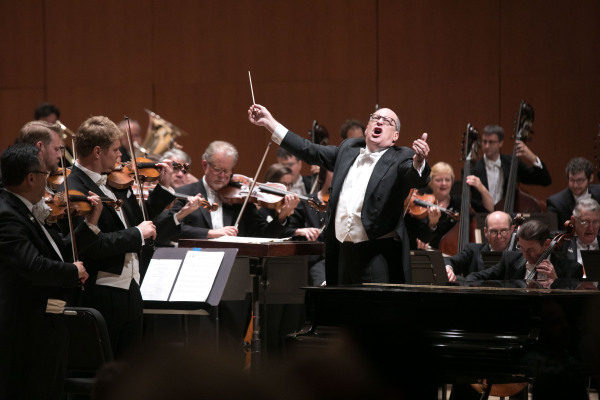 Midtown’s Alliance Theatre celebrates its 50th Anniversary now through 2019 with a packed schedule and five theatrical world premieres. Ever After will premier January 19 and run through February 17,  as the first production to christen the newly constructed and very glamorous Coca-Cola Stage. Everyone’s favorite Shakespearean comedy, A Midsummer Night’s Dream, will be performed against the enchanting backdrop of the Atlanta Botanical Gardens; this adaptation will run September 5-October 21. Jazz lovers might want to catch Nick’s Flamingo Grill, a mid-century musical of Atlanta’s first integrated nightclub, on the Hertz Stage, running September 29-October 28. Families can enjoy four youth-oriented productions now through April 2019 including Winnie-the-Pooh, Paige in Full, A Christmas Carol, and The Wizard of Oz. Kick back and relax with entertainment in its most magical form at the Alliance Theatre. Various prices (packages available). Various times. Alliance Theatre, 1280 Peachtree St. N.E. 404-733-4650. www.alliancetheatre.org. — Juliette Cheatham

Horizon Theater has remained a mainstay of the Atlanta theater scene since its debut in 1983, garnering multiple awards from theater lovers and accolades from Atlanta publications. Rather than go posh-highbrow like their rivals, this venue tells thoughtful stories in a casual atmosphere geared more toward the general public. As opposed to relying on the classic plays or musicals, Horizon Theater focuses on contemporary stories that resonate with the audience, allowing viewers to relive the struggles they face each day and to identify with the painful emotions in their wake. The Alliance’s current original performance, How Black Mothers Say I Love You, illustrates this ability perfectly. The play explores complicated mother-daughter relationships, and discusses the fallout between mothers who leave their daughters, and the feelings of the children left behind. $25. 8 p.m. Wed.-Sun. July 13-Aug. 26. Horizon Theatre, 1083 Austin Ave. N.E. 404-584-7450. http://www.horizontheatre.com/plays/black-mothers-say-i-love-you/. — Daniel Park 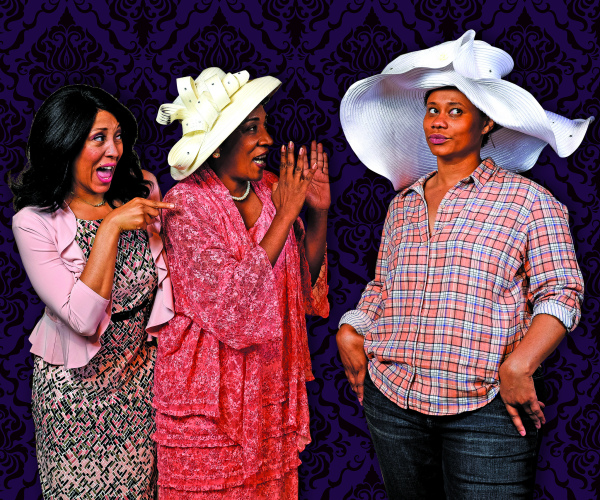 PICTURE IT IN PINK: ‘How Black Mothers Say I Love You’ confronts feelings of loss between mothers and their daughters. PHOTO CREDIT: Greg Mooney.

Founded over 80 years ago to protect Atlanta’s own Fernbank Forest, the Fernbank Museum of Natural History aims to bring science to life in its mission to celebrate the interconnectedness of everything on our beautiful planet. Stop by anytime to see their permanent exhibits celebrating Earth’s history, like Dinosaur Plaza, Giants of the Mesozoic, and A Walk Through Time in Georgia. Before it departs on August 19, make sure to stop by their special exhibit, Food: Our Global Kitchen,,  to experience human history through the best way we can think of: eating. Fernbank is a celebration of our world fit for every curious member of your family, whether they want giant dinosaurs, beautiful gardens, or big-screen movies. Bring the whole crew down for a fun-filled and educational trip — something you can’t get just anywhere. Free-$25. 10 a.m.-5 p.m. Mon.-Sun. Fernbank Museum of Natural History, 767 Clifton Road N.E. 404-929-6300. www.fernbankmuseum.org. — Tennant Ross 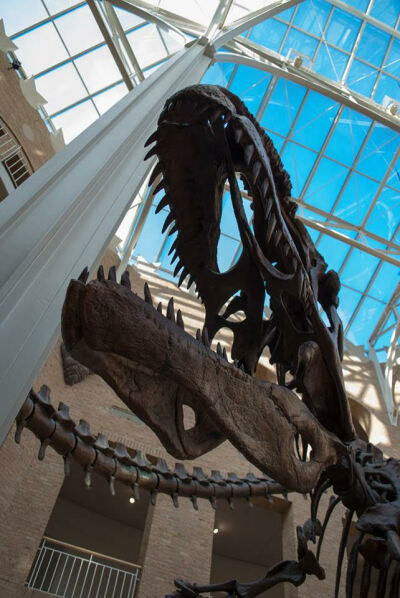 Since 2000, the Museum of Contemporary Art of Georgia has provided a contemporary alternative to those bored by typical traditionalist offerings. For 18 years, MOCA has played an instrumental role in Atlanta’s art scene, through its focus on homegrown art, as well as through monetary grants, residency programs, and education opportunities for aspiring artists. This hallowed tradition continues in 2018 with Kirstin Mitchell’s Miecznikowski, a one-woman installation produced by grants from MOCA; and First-Person-Plural a multi-artist/multi-medium exhibition that focuses on the legacies of trauma, both of which will be running through September 8. Perhaps the most alluring of their artistic offerings is the two-part exhibit featuring the works of Atlanta native Larry Walker, honoring the artist’s half century of creativity. Larry Walker Retrospective: The Early Years will finish up its stay at MOCA on July 31, with the second half of The Later Years debuting on August 11 and running through October 27. Free-$8. Tues.-Sat., 11 a.m.-5 p.m. 75 Bennett St. N.W. 404-367-8700. http://mocaga.org/. — Mat Shankute 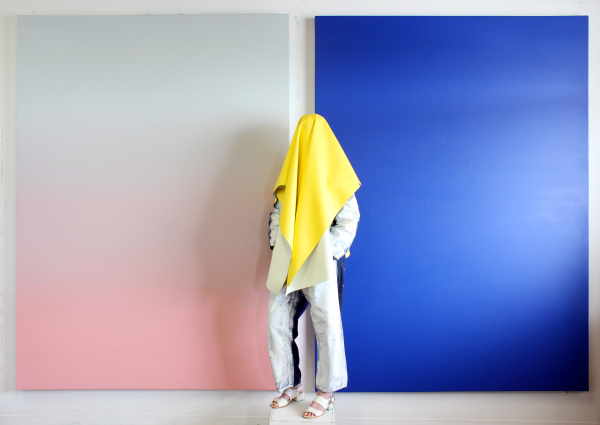 There are moments when theater sticks, when a performance lifts the audience from their seat into a story chosen from time, moments when the exchange of energy between the cast and audience lives beyond the curtain close. Actor’s Express provides these moments with some of Atlanta’s sharpest writers, performers, and backstage talent. Now, riding the wave of a season that gave us Angels in America and The Color Purple, they’ll be opening up the 2018-2019 season with Lucas Hnath’s A Doll’s House, Part 2 from September 1 through September 30. A sequel to the Ibsen classic, the play tackles themes of women’s empowerment, struggle, and love in the early 20th century. Various Prices. Various times. Actor’s Express, 887 W. Marietta St. 404-607-7469. https://www.actors-express.com/plays/a-dolls-house-part-2. — Jake Van Valkenburg 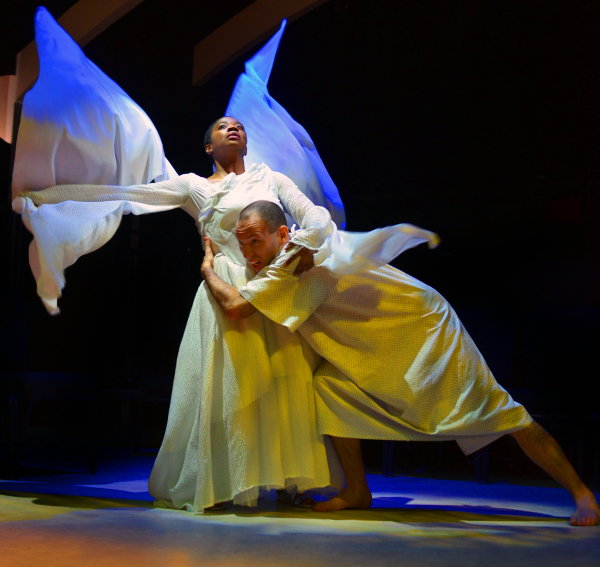 IN THE WINGS: Actor’s Express’ performance of ‘Angels in America’ stuns whoever is watching. PHOTO CREDIT: Ashley Earles-Bennett.

A Cappella Books — Atlanta’s only in-town, full-service independent bookstore — is a constant reminder that there are good things in this world. From their original location in Little Five Points to their cozy shop in Inman Park, the bookstore has brought life to the grand literary ideas of city dwellers, hermits, activists, and beyond. A Cappella’s vast selection of new and rare books on politics, fiction, music, and more grants any book lover the power to become the master of their own odyssey into the familiar and unknown. As part of their regular author talks, the store will host actress and author Amber Tamblyn on August 11 to talk about her unforgettable and provocative debut, Any Man. Discovery awaits here. Free. 2 p.m. Sat., Aug. 11. A Cappella Books, 208 Haralson Ave. N.E. 404-681-5128. https://www.acappellabooks.com/.— JVV

While everyone loves standups and sitcoms, no comedy provokes quite the laughter that improv does. As opposed to scripted jokes calculated to make you cackle, improvisation allows for spur-of-the-moment jokes that come across naturally and get even funnier over the course of a show as the comedians build on the acts. Such is the spirit of Dad’s Garage Theatre, which focuses on providing young ATLien comedy aficionados with side-splitting, on-the-spot laughs. It helps to have a star-studded roster that boasts such masters of laughter as Colin Mochrie of Whose Line Is It Anyway? fame; he’s returning to the Garage on the weekend of August 18 for an evening of comedy straight from a hit improv show. $35.50-$50. 8-10:30 p.m. Fri.-Sat., Aug. 17-18. Dad’s Garage Theatre Company, 569 Ezzard St. S.E. www.dadsgarage.com. — DP 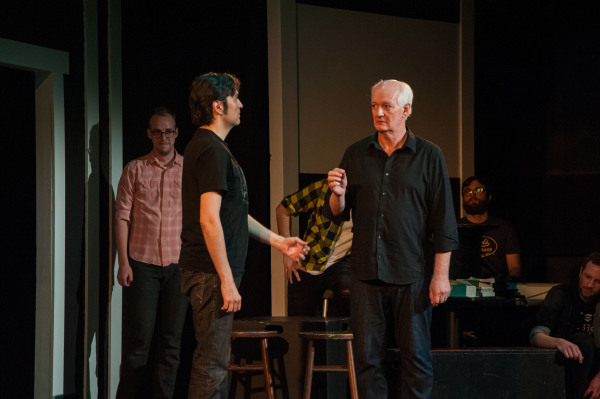 The Museum of Design Atlanta is host to a number of unique works and distinguishes itself as one of the very few museums in the South devoted to the art of design. Unlike its fine art or modern art focused rivals, the Museum of Design Atlanta is also interested and involved in the present-day cultural impact it can build. The museum hosts a variety of educational summer activities for children alongside its usual events and current flagship exhibit, Making Change: The Art and Craft of Activism. This exhibit covers craftivism, a movement that seems to embody the goal of the museum itself: to create and distribute work that will campaign for social reform and for the rights of the underprivileged. Various prices. Various times. Museum of Design Atlanta, 1315 Peachtree St. N.E. 404-979-6455. http://www.museumofdesign.org/making-change/. — DP