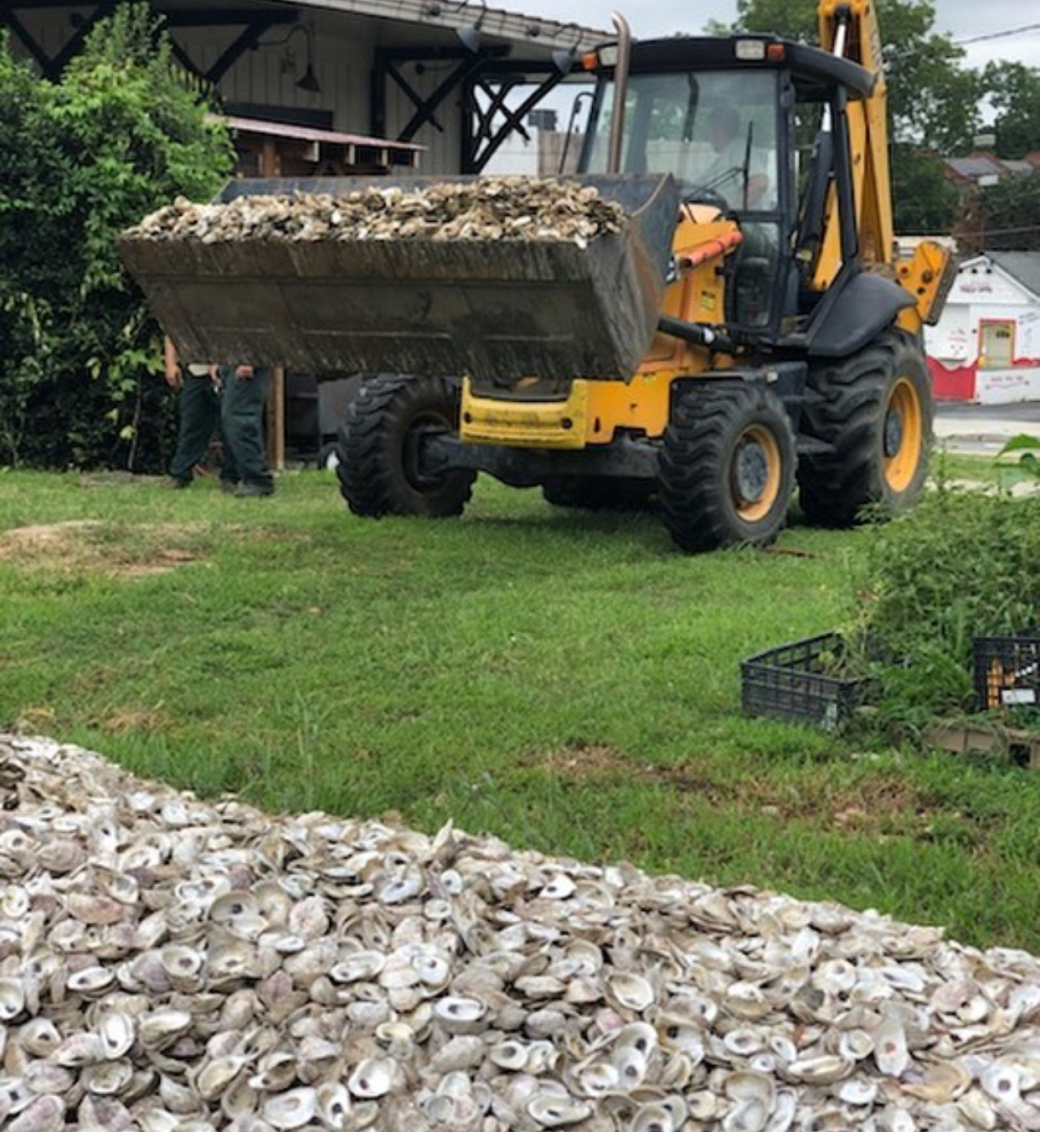 “Full Frontal” stars Samantha Bee and Padma Lakshmi discussed undocumented immigrants in a “Top Chef” parody on her August 15 TBS show. “Support the undocumented immigrants that support you,” Bee said before unveiling a T-shirt to celebrate the unsung heroes of the food industry. Proceeds from the T-shirt benefit Atlanta’s own Giving Kitchen, an organization that provides emergency support to restaurant workers. How cool is that?

Beginning in October, fans at Philips Arena can dig into B’s Cracklin BBQ, thanks to a partnership with the Atlanta Hawks.

The good folks at Kimball House and Watchman’s recently sent more than a million slurped oyster shells to an area off the coast of Georgia. The Georgia Department of Natural Resources will use the oyster remains for a reef-restoration project that will be home to many wild oysters in the future.

C. Ellet’s bartender Jeff Banks took the crown (and $10,000) from Bedlam Vodka’s Barfight! on Tues., Aug. 14. Maybe he can shake one up for you at the Battery, which is home to the beloved steakhouse.

Brooklyn Brewery’s Beer Mansion, an all-night music and beer fest, is coming to Atlanta for the first time. Along with rare beers provided by NYC-based craft brewery and Decatur’s Wild Heaven Brewery, several local bands will keep the night alive, and food from Bon Ton and OK Yaki Japanese will keep guests full. Beer Mansion is from 8 p.m.-2 a.m. on Sept. 14 at 787 Windsor.

Double congratulations are in order for Midtown’s Loca Luna. October marks 20 years of serving tapas, and there’s a new chef in town. Javier Viera is now the executive chef and he’s shaking things up. “I look forward to working with the team to push the menu to new heights and take things in a new and exciting direction,” Viera said in a press statement. The new addition of arroz pescador (“fisherman’s rice”) sounds especially tasty.

Ooh la la! We have a new place to stop along the Beltline’s Eastside Trail. Bazati (550 Somerset Terrace) opened late August inside the Common Ground development. The 7000-square-foot space features eight retail shops and The Brasserie, helmed by chef Remi Granger (Bread & Butterfly). With indoor and outdoor seating, the Brasserie is going for a 1920s Paris vibe — a chic, all-day place to explore the menu of steak frites, duck confit, pastries, and cocktails.

We have been waiting on Adalina since Dennis Lange (Five Seasons Brewing Co.) announced it would be taking over the former Sip space at 4403 Northside Parkway back in 2016. It looks like it’s finally happening. The northern Italian restaurant is hiring.

American Roadhouse, the Virginia-Highland staple since 1989, closed on Aug. 26 and will reopen as Truva Turkish Kitchen. This first location of Truva is downtown near Peachtree Center, serving Mediterranean fare with bonus belly dancing.

Congratulations are in order for Empire State South’s (and beverage director for all Hugh Acheson restaurants) Kellie Thorn. She was recently honored as one of Wine Enthusiast’s 40 Under 40 tastemakers of 2018. Cheers, darlin!

This year’s Foxeria del Sol — the annual Hatch Chile Festival by Fox Bros Bar-B-Q, Taqueria del Sol, and Home Team BBQ — was held on Aug. 26 at the Westside location of Taqueria del Sol. All proceeds benefit Children’s Healthcare of Atlanta via nonprofit Hogs for the Cause. Team Foxeria del Sol has made a commitment in a $750K donation to CHOA and was honored on Fri., Aug. 24 at the inpatient Cancer Center unit at Scottish Rite Hospital, where they unveiled the Celebration Area. This will be the place where cancer and blood patient disorders patients ring a bell celebrating in the end of treatment. Good stuff.

Mark your calendars for Les Dames d’Escoffier International Atlanta Chapter’s 18th annual Afternoon in the Country. On Sun., Nov. 4, some of Atlanta’s best restaurants pair with farms for tastings alongside fine wine, beer, a silent auction, and a cake raffle featuring desserts from local pastry chefs.

Hey mambo! On a recent excursion to Norcross’ The Forum, we noticed Mambo Italiano has shuttered.

Cocktail lovers, check it. Attending the AJC Decatur Book festival will be Alba Huerta, author of the popular cocktail book, Julep: Southern Cocktails Refashioned. Huerta will mix a favorite recipe from her book, while authors David Danielson and Tim Laird of The Bourbon Country Cookbook pair a dish with bourbon. The demo will take place Sat., Sept. 1 at 4:15 p.m. on the culinary stage at the Plaza in Decatur. Walk down to The Pinewood at 6:30 p.m. for a reception.

Ready to get shucked? Landlocked is back for a second year. The all-day celebration of the Southern oyster from the team behind Oyster South is on Sun., Oct. 21 from 3-7 p.m. at Color Wheel Studios (508 E. Howard Ave.) More than 25 oyster farmers will shuck their beauties along with over 15 chefs cooking with oysters, bartenders mixing cocktails, and serving craft beer and wine.