As the days get shorter and the nights get darker, it’s time for ghosts and horror in ATL on Oct. 5-7 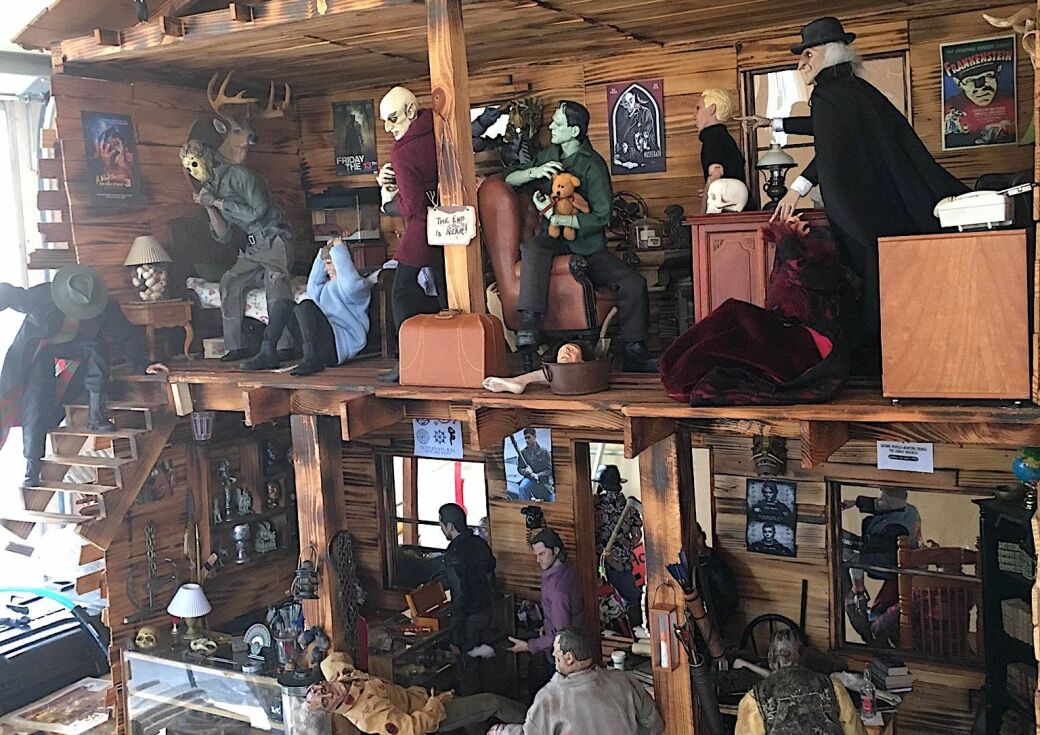 This weekend creatures of the night will converge on Atlanta for the fifth annual MonsteramaCon convention at the Atlanta Marriott Alpharetta.

“We expect this year’s show to be our biggest and best yet,” says convention co-chair and organizer Anthony Taylor. The longtime author and journalist, who specializes in the offbeat, cult and hammer horror, says he started the convention in 2014 because he saw an unfulfilled need for it locally.

“I knew there were a lot of Halloween and monster lovers around the south, and I felt they needed a place to convene and celebrate their passions. We all love monster movies and the season,” he says, “and this is an opportunity to spend three days immersed in those passions with your best friends.”

“This year we’re celebrating horror in outer space, and we have our best lineup so far,” says Taylor.

Activities planned for attendees include panel discussions on film, media, art, comics, literature, and demos of special effects makeup, sculpture, casting and molding, prop making and other related crafts. Gaming is also represented, along with a “Monster Prom!”

In addition, the convention features a large vendor’s area with dealers of toys, art, jewelry, books, film and television memorabilia, and more. Also there’s a model building contest, exhibits (including a life sized reproduction of the “Lost in Space” robot), 16 millimeter film screenings, and a special  Silver Scream Spook Show screening, with local ‘ghost-lebrities’ Professor Morte and the Go-Go Ghouls showing “The Green Slime” on the big screen. Other screenings include “The Valley of Gwangi,” “When Dinosaurs Ruled the Earth,” and “The Beast Must Die,” just to name a few. Friday night, Atlanta’s own Cineprov will be riffing on the 1980’s cult classic, “The Fiend,” at 10:00 pm.

“We’re very happy to include Atlanta’s MeTV affiliate, WGTA as one of our sponsors this year,” says Taylor. “They run the kind of retro programming we love to watch and we couldn’t be more thrilled to have them aboard.” The station has been running ads for the convention during their Sci-Fi Saturday programming block, most notably during the Svengoolie creature movie show. Representatives from WGTA will be set up at the convention.

Taylor says that children and families are welcome, but no crybabies.

“We’ve got some great kids themed programming planned including a pajama party screening of Rankin and Bass’ “Mad Monster Party” on Friday evening and a creature themed puppet show on Saturday morning by Felt Nerdy.” There’s also a Sunday morning craft demo on how to make monster ears for kids.

Saturday night’s Monster Prom is always popular. This year, DJ Doctor Q will be spinning the sounds of Halloween and giving away some amazing door prizes at the dance. The Monster Prom runs from 8:00 pm till Midnight and is free with your Monsterama admission.