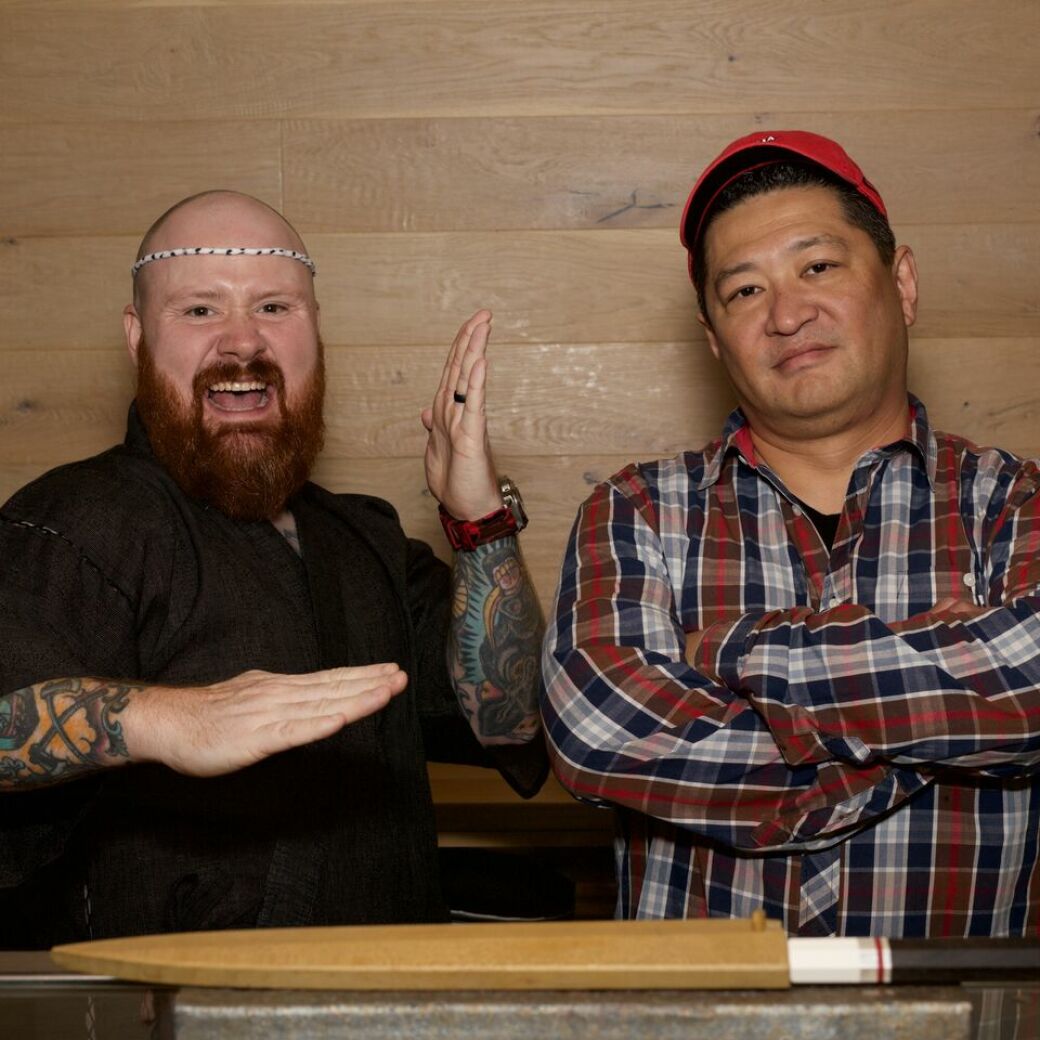 Wowza, this dinner! To celebrate five successful years of their restaurants, chefs Kevin Gillespie (Gunshow) and Fuyuhiko Ito (Umi) are hosting a one-time dinner benefiting charities near and dear to them. On Sun., Oct. 8, “Show Me Your Umi” will serve five courses with wine and sake pairings to benefit Giving Kitchen and Georgia Transplant Foundation. “I couldn’t think of a better way to celebrate five years of success at Gunshow than to team up with Umi and Chef Ito to create this one-of-a-kind menu to support two causes
we both care deeply about,” Gillespie says.

“I’ll be taking my influences from Gunshow and Kevin will be taking some of his culinary cues from our menu at Umi,” Ito added. “It will be an absolutely unique East-meets-West evening of flavors.”

Until their brick and mortar restaurant comes to fruition, the guys from Talat Market are cooking around town. Next week’s pop-up is at Ah-Ma’s Taiwanese Kitchen (931 Monroe Drive). They’ll be cooking Tues.-Thurs. Oct. 16, 17, and 18, and will have beer and wine too.

Chef-owner Darius Williams is bringing seafood to College Park. Soul Crab is opening soon in the former Radial Café location at 3725 Main St. and will serve seafood by the pound, entrees like grilled jerk lobster tail, and cocktails. Williams also owns Greens and Gravy in Westview.

Want to learn all about (and taste) brews from Variant Brewing? The team is takingover Roswell’s Foundation Social Eatery on Tues., Oct. 16. Sip on Norcross Street IPA, Cashmere IPA, and Raspberry Lemon Gose. Try to figure out which pairs best with Chef Mel Toledo’s Death By Chocolate dessert.

Scrambled eggs with caviar, anyone? The Brasserie at Bazati, the 1920s French-themed restaurant along the Beltline, is now serving Sunday brunch beginning at 10 a.m. The brunch menu is served inside and outside on the patio along with the all-day menu.

Hop City Craft Beer and Wine teamed up with Orpheus Brewing for its first packaged beer collection. Fruits of Pomona is made with apricot and described as a gentle sour. It’s available now at all Hop City locations, Orpheus Brewing, and on tap at Barleygarden Kitchen and Craft Bar.

The Battery’s El Super Pan has added brunch to the lineup. You can now get Cuban French toast and chorizo hash on weekends from 11 a.m.-3 p.m.. And we hear the talented Eduardo Guzman (Ford Fry Restaurants) is the new bar manager.