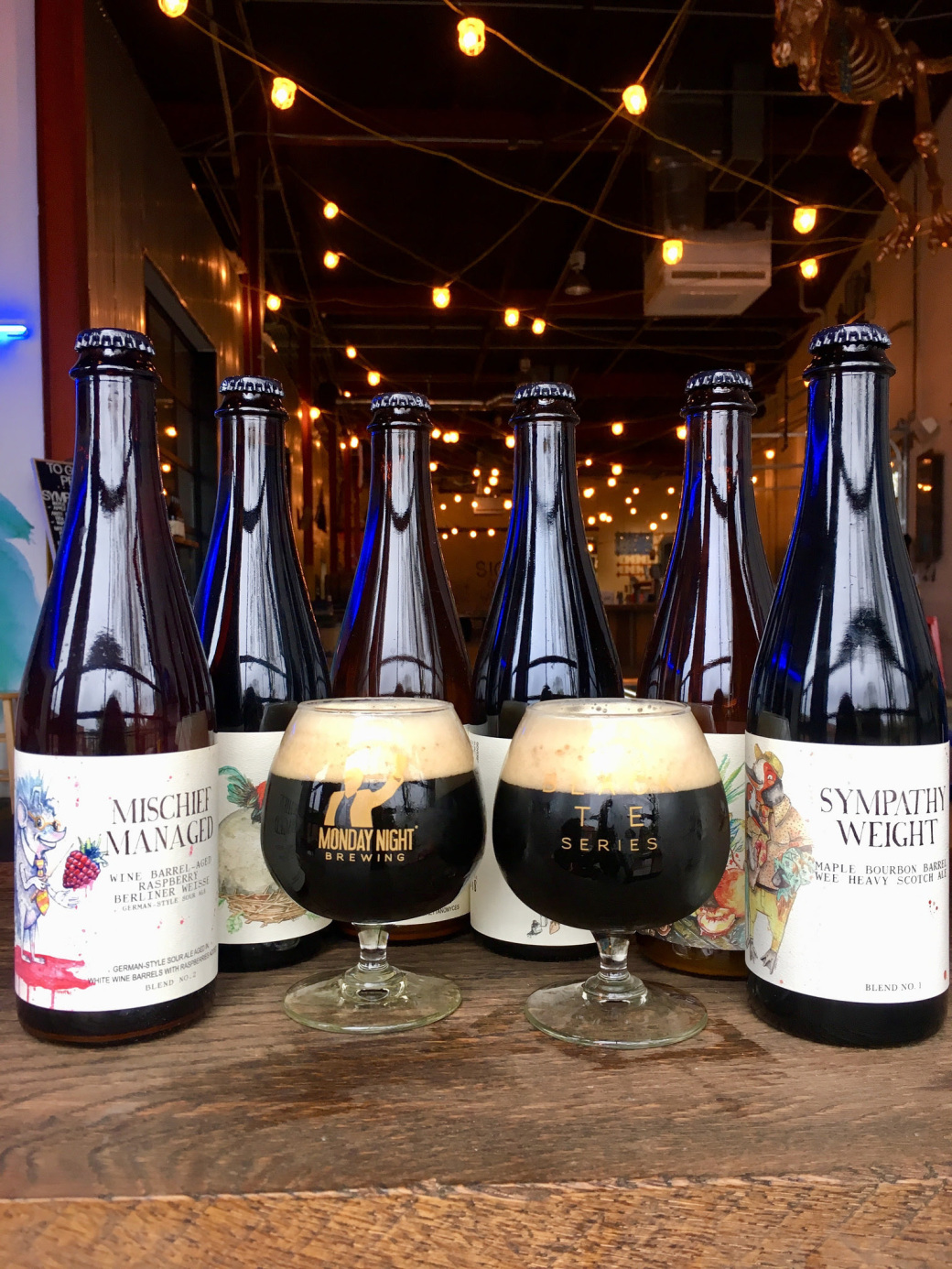 Not into fist-fighting crazed consumers over TV’s and gadgets? Atlanta’s local breweries will shelter you from Black Friday shoppers and in-laws in town for the holidays, while treating you to some new and rare beers. Now through the end of the week, drop by your local brewery to stock up on seasonal releases and even take advantage of some Black Friday sales of your own.

Through Nov. 23, Monday Night Brewing is throwing in two special branded glasses free with every six to-go bottles purchased at the Garage. For the occasion, the brewery will release Overnight Celebrity, a seasonal barrel aged dark porter as dark as Black Friday itself.

Overnight Celebrity | Maple Bourbon Barrel-aged Imperial Porter, 11.5 percent ABV
Monday Night’s seasonal imperial porter is aged in maple bourbon barrels for an equal dose of sweetness and strength. Additions of vanilla, coconut and maple syrup mask the sneaky but strong ABV, while aromas of espresso beans and macadamia nut balance the dark porter flavor. Bottles will be available for purchase at Monday Night Garage on Black Friday, and can be reserved on CraftCellr now.

Monday Night won’t be the only brewery worth hitting on the Black Friday beer rush. Sweetwater Brewing Company is rolling out some limited dark cask beers for a Black (Out) Friday party co-hosted with Sublime Doughnuts.

S’mores Porter | Chocolate porter variant, 6.6 percent ABV
The name says it all. This is a variation of Exodus with added marshmallow and graham cracker flavor.

Original Exodus will also be available on draft, along with SweetWater Festive Ale, Sinner’s Son Imperial Stout, Coco Hills Imperial Stout, and SweetWater’s usual variety of seasonals and staples. Sublime Doughnuts will be slinging treats on-site, and The Daily food truck will serve sopapilla tacos from 2-7 p.m. The first 100 guests through the door get a limited edition Black Friday glass, and everyone can take advantage of 25-50 percent discounts on SweetWater merchandise.

Make a stop at Atlanta Brewing Co. to try rare cellared variations of some of its most popular beers, including Vanilla Gorilla Porter and Beard Envy Barleywine. While you’re there, you can take advantage of 20 percent off Atlanta Brewing Co. merchandise with to-go beer sales, a free Teku or tulip glass with $25 purchase, and a free flight board and taster glasses with $50 purchase. Lil Bites Food Truck will be on site serving American tapas-style snacks.

When you finally get tired of Black Friday madness, lay low at Second Self Beer Company, where every beer in the tasting room will be only $3. No special releases here, but keep an eye out for more seasonal beers to come out of Second Self in December.