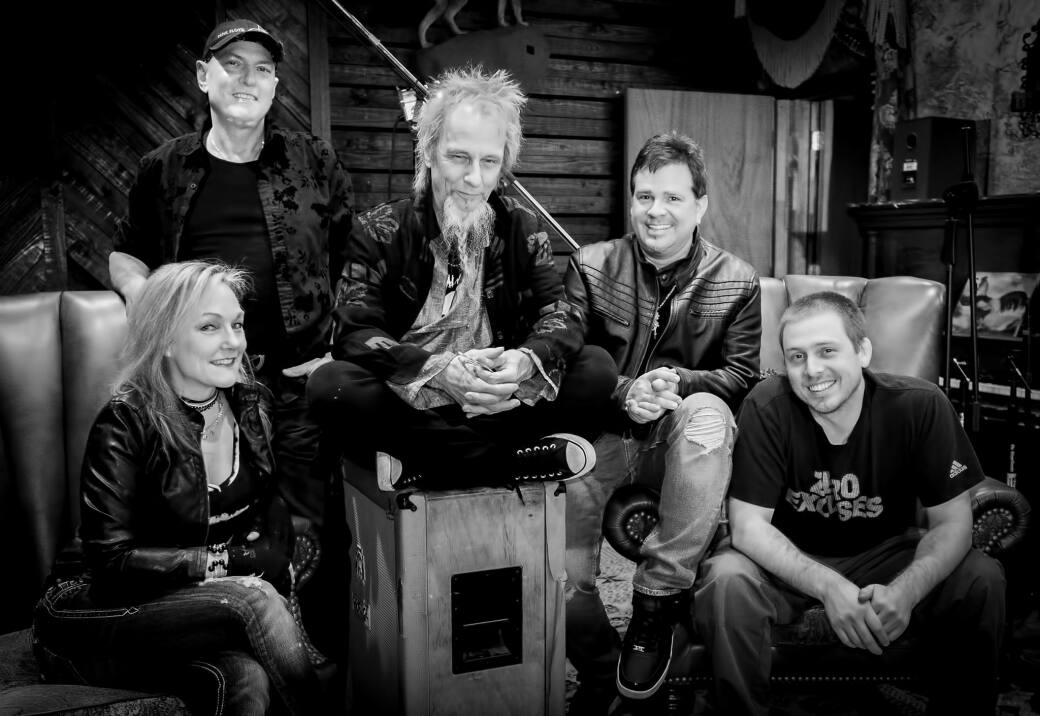 As the guitarist and a founding member of Mother’s Finest, the funk rock band that helped propel Atlanta into the national spotlight as a viable music scene in the mid-’70s, Moses Mo doesn’t need to prove himself these days. He’s done his time in rock ’n’ roll Babylon, toured the world, and shared stages with a veritable who’s who of performers.

Nevertheless, he’s always been a bit restless over the years, finding his way onto Atlanta stages with local and touring bands remember Illusion?), always expressing a side of himself that’s certainly a part of his Mother’s Finest oeuvre, but also pushing the boundaries of what his followers expect.

Almost two years ago, Atlantans were fortunate enough to see Mo sit in with Bobby Whitlock and CoCo Carmel at Eddie’s Attic. Whitlock, known for his contributions to Derek & the Dominos’ Layla & Other Assorted Love Songs (Eric Clapton’s attempt at forming a band after his first solo album), not to mention George Harrison’s first solo venture, All Things Must Pass, had invited Mo to join them as the singer/keyboardist/guitarist took the audience on a musical journey through the songs he’d recorded with his stellar friends. Mo was the perfect compliment to Whitlock’s work. Not attempting to replicate the guitar parts as on record, Mo instead added his own soulful and stirring slide and fret work to every song.

After the show, Mo handed me a CD as I headed to my car. A six-song EP, Two Ton Message, it was an impressively heavy offering of rock from a power trio, but sounded like Mo was still searching, rather than having found his groove.

This Thursday, Mo returns to Eddie’s Attic with Moses Mo and the Real Cool Band ( Mo; Kerry Denton, drums; Mikey Long, bass; ZeroBasement, rap verses; and PoiZen EV, percussion and background vocals) to celebrate the band’s debut release, Drive In. A mixture of rock with rap accents, there’s also a Southern-inspired grittiness to the music that makes this third “solo” album from Mo his most realized yet.

Solo, as used above, is in quotes, because, while most of the songs are his compositions, Mo prefers to work in a band setting. “Bands have always been used as promotional tools for the music,” he observes. “I realize the need to perform the songs for them to be heard, but I'm not comfortable as a solo performer. Also, I didn’t really want a group of highly skilled performers, often high-strung, and needing a different kind of attention, than I was willing to provide for them. I wanted a group I was comfortable with, made up of people skilled, talented, but still needing polish, as I see myself. People who lived close to me, so we could work together and grow a sound together. Knowing these things take time, I was also looking for a friendly, like-minded group; each person with an artistic passion for music, wanting to grow. Most exciting is watching and listening to how far we have come!  We're making it together. It's not just about me; there is a lot of personality and artistic expression going on here. I’m feeling it, they're feeling it, the audience is beginning to feel it — and it's fun.  We look forward to sharing what we have with all who show up on Thursday.”

Feast of friends dept. … Thanksgiving has come and gone. Thankfully. The holiday seemed relatively quiet this year. Thanksgiving used to be a busy night in Atlanta: More bars and clubs were open, people were out with friends rather than getting claustrophobic at home surrounded by family long after the turkey had gotten cold. There was the run of R.E.M. “homecoming” shows at the Fox Theatre, which actually occurred less often than people remember; Keith Richards’ unforgettable solo show at the Fox Theatre in 1988; and in the mid-’70s, Bruce Hampton and Glenn Phillips seemed to always find a stage to call home on Thanksgiving night. That’s not the case at local venues any longer, other than the annual Star Bar get together — at least that’s advertised. Phillips has claimed the night after Thanksgiving for his annual event, with most clubs following suit, booking local acts the nights following Thanksgiving, while staying dark Thanksgiving night. Tinsley Ellis sold out the City Winery last Friday, Shawn Mullins held court at the Variety Playhouse Saturday night, the Black Lips descended upon the Earl for two nights, Mother’s Finest rocked the Buckhead Theatre for two nights, Blackberry Smoke had a homecoming at the Tabernacle, and Southern transplant David Lowery was at Eddie’s Attic.

Friday night in Duluth, Eddie Owen Presents at the Red Clay Music Foundry filled the theater with its Songwriters Open Mic Shootout #10, the culmination of a year’s worth of winners of its monthly Songwriter’s Open Mic nights, or “hootenannies,” as Owen calls them. It’s a smart idea, holding the grand finale just after Thanksgiving, guaranteeing that people will be drawn to the Foundry to see their son, daughter, sibling, or friend vying for first place. During the first three rounds, I picked the songwriters I thought should win. Each time, my choice placed second out of the two, making it clear the seven judges and I have different ideas about good and better.

One singer-songwriter we seemed to agree on was Walter Parks, a tall, lean guitarist with a forked beard and a wide-brimmed hat. He had a way with words, not only in how he put them together, but how he sang them, his voice as much an instrument as the one he held in his hands. His songs were new to me, but his face looked familiar. When Owen announced Parks used to play in a guitar/cello duo, I knew my memory hadn’t failed me. Parks and Stephanie Winters made up The Nudes, who played 688 many times in the ’80s. They were a favorite of mine then, and though Parks’ current approach is different, his music still has my attention. Seeing that solid songwriting is still his strength, I found myself hoping he’d advance over the course of the shootout (especially after my dog in the race got put out). Parks held his own, placing in the final round, until Nathan Evans Fox, who was riding a hot streak of judges’ votes, prevailed. I was surprised Parks didn’t win, even if, more times than not Friday night, the judges and I heard and saw things differently.