Yukons look to the future 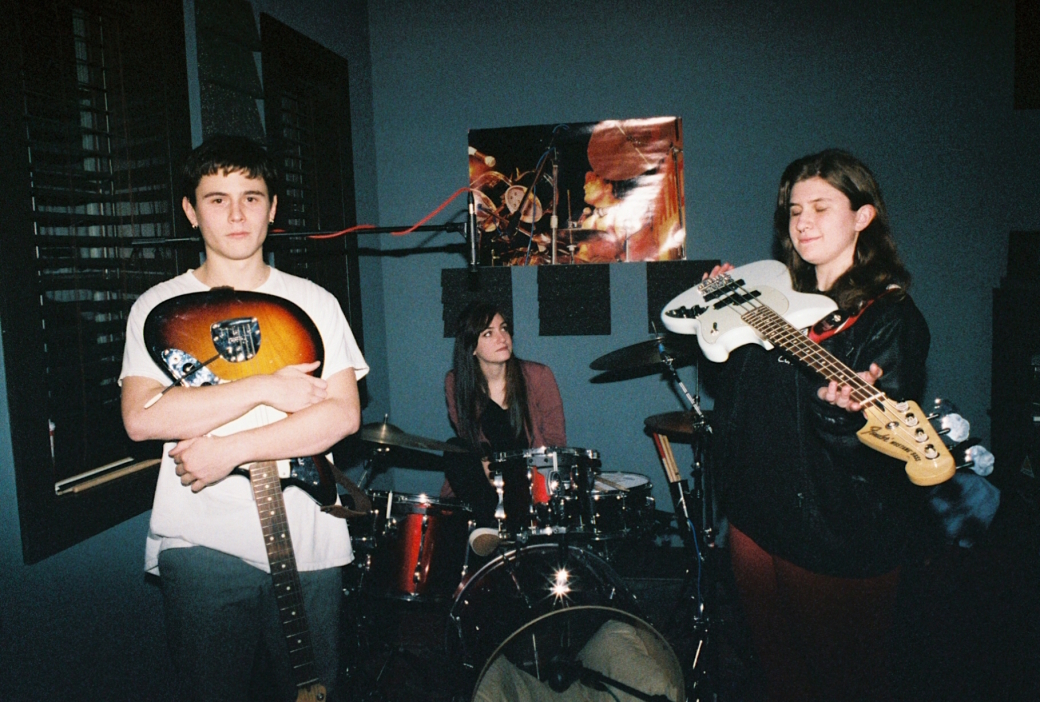 Yukons’ singer and guitarist José Joaquin Izaguirre, drummer Danielle Dollar, and bass player Han Lenkey write urgent, evocative songs that are sung in both Spanish and English. Each number is set to infectious concoctions of guitar-heavy garage punk, culminating in what the group calls ‘Latinx expression rock.’ In March, the group released a cassette EP, South of the Equator. Songs such as “Nueva,” “Pa’Lante,” and “Toolbox (the way she thinks)” are bound by a DIY sensibility. Energetic live performances reinvigorate the age-old ideal that a band can play a vital role in improving its surroundings. For much of the last year, the group has been on the road, touring the East Coast, and carving out a definitive place in Atlanta’s young post-punk scene. While working on new music, all three members took a few minutes from their busy schedule to talk about the year gone by and what the future holds in store.

How has this year been for you all? Stressful? Fun?Danielle Dollar: All the shows were super fun. I don’t feel stressed when it comes to getting together — it’s more like, ‘Okay, let’s do this.’

José Joaquín Izaguirre: The only stressful things are things we do other than being a band, like life, family, school, and work. Life has other things that make it stressful. Music is fun.

How did your first East Coast tour go?
DD: It definitely gave us an appreciation for Atlanta. It’s a cool community here; not just music, but art too. It made us reflect on what we have here, and it pushed us to do more.

Han Lenkey: We usually know how we’re going to be received here because we’ve played enough to know the kind of reception we get. But to have other people responding to our music in different places … It’s interesting to see the reaction of the crowd depending on the time and place. We needed that.

How have you seen Atlanta change?
JJI: There are more artists making music in Spanish. That’s just a fact. There are bands like Elevator Chat and Kibi James making music in Spanish. If there’s anything I would hope to change, it’s the amount of diversity in the music scene. There should be more music sung in other languages. Things are always changing though. Venues close, new venues open up. That changes everything, in a way.

What are you doing differently with the new recording?
DD: Our musicality is stretching, and it's going in a lot more directions on the new album. South of the Equator was like one giant statement saying, “Hey we’re Yukons! This is us.” Now we’re getting to be like, “Hey we’re Yukons, we also get sad sometimes.” It’s almost gonna be like every song is a different vibe or feeling, but they all coexist with each other.

JJI: We're still curating. But there are hints of psychedelia and garage rock. There are some sounds inspired by the Venezuelan Tonada folk music as well.

The intention with the new one is to be more specific and cover a wider range of things without going crazy. … There are different songs and different genres, but we’re also not going to be recording with someone else. It’s going to make us more efficient, but it’ll be a learning experience between the three of us.

You’ve previously mentioned that you wanted to be more transparent and intimate with the new album. Can you elaborate?
JJI: We think of it as intimate because we have so much time to make it on our own. All that time makes us have this desire to fill in as many gaps about ourselves as possible. From social-political frustrations, to ecstatic love, to depression and nihilism, to apologies and concessions. I think if I'm expressing social frustrations and dissatisfactions with the people around me and the world I live in, I have to also look within myself and expose truths, and recognize that in many ways I'm also part of the problem. Just gotta be transparent — for the sake of the music and for my own sake.

Any hopes for the new year?
DD: Play more cool shows. Hope our country gets its shit together.

JJI: We’re planning to play some shows in Mexico — we hope that happens in 2019.