FIRST DRAFT: The Ferryman, Resilience updates, and Christmas in Space 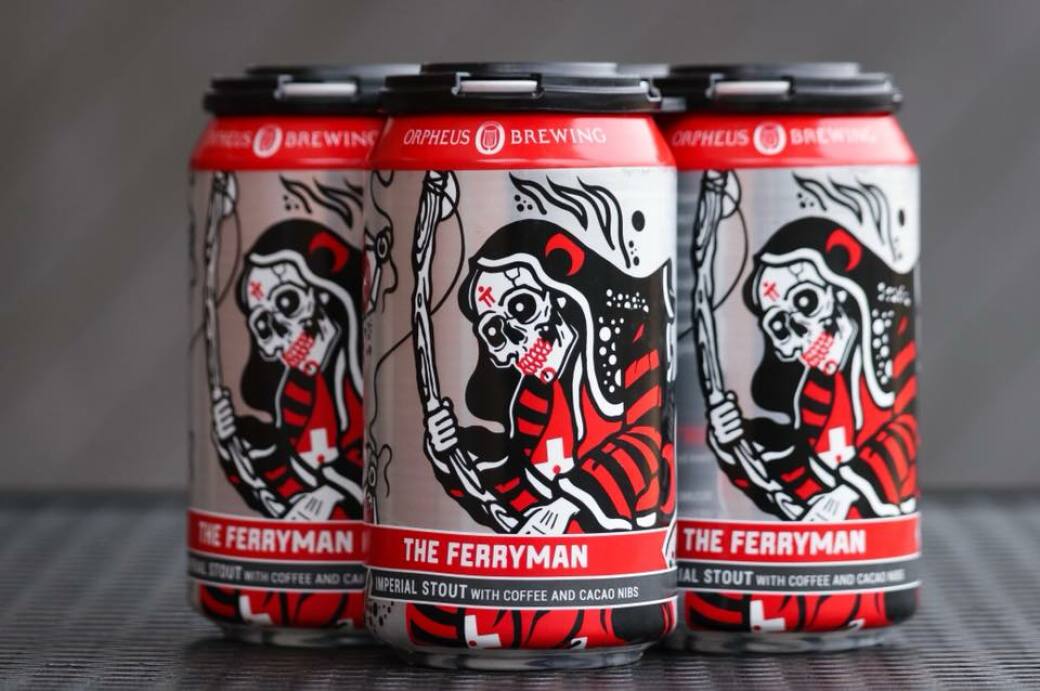 Photo credit: Alicia Fortino
GETTING DRAFTY: The Ferryman of Orpheus Brewing ushers us into the cold, along with other winter releases and events.
By Alex Patton Wednesday December 12, 2018 06:22 pm EST

Many of Atlanta’s local breweries are tapping in to their winter spirit. Over the next week, several local breweries are releasing weather appropriate heavy stouts, wintery ales, and throwing holiday parties to keep us warm and buzzed through the cold nights to come.

In order to traverse the River Styx into Hades, the dead must pay a toll to Charon, ferryman of the underworld. As Atlanta crosses from a reasonable chill into the Hades-esque nose-dripping cold of Winter, Charon returns to carry to safety with The Ferryman Imperial Stout from Orpheus Brewing. The Ferryman is a re-released favorite from last winter, brewed with the roasty flavors of local coffee and cocoa nibs, bumped up to 11.8 percent ABV. It’s available for pickup in four-pack cans at the brewery, where additional unbarreled variations will be offered on draft, incorporating the flavors of hazelnut, coconut, chile, and vanilla.

Eventide Brewing collaborated with Atlanta’s iconic burger chain, Grindhouse Killer Burgers, to brew a Barrel-Aged Killer Rye IPA. The beer is now exclusively available at GKB’s Memorial, Decatur and Piedmont locations, and is served in a commemorative Eventide pint glass while supplies last. Keep an eye out in the next couple of weeks for details on Eventide’s anniversary party, which will be held at the brewery on January 5.

Remember the Resilience Butte County Proud IPA, the beer that California’s Sierra Nevada Brewing Co. asked breweries all over the country to join them in brewing to benefit the Camp Fire Relief Fund? We talked about it in First Draft last month if you want to jog your memory. Despite the brewing process being a lengthy one, some of Georgia Breweries’ takes on the recipe are almost ready to try. Scofflaw Brewing Company is releasing its version on draft Thursday, Dec. 13, and will be accepting additional donations for the relief effort.

SweetWater Brewing Company is tapping a batch of Resilience this Friday, Dec. 14, and they’ll be hosting a bonus raffle at the brewery to raise even more money for the cuase. Prizes include brewery merchandise and beer, but the grand prize is a trip to Asheville, North Carolina, a Mecca of American craft beer. The getaway also includes a tour, dinner, and gift card to Sierra Nevada’s Mills River Taproom in North Carolina.

Also on Friday, Atlanta Brewing Co. will release Post-bel-lum, a Russian Imperial Stout aged in Woodford Reserve Bourbon Barrels. For the occasion, the brewery is hosting a tacky sweater release party, with music from local DJ David McPherson, at 7:30 p.m. The beer is now available to reserve in four-packs of 16oz cans from CraftCellr.

Monday Night Brewing has a jam-packed weekend in the works. On Friday, Dec. 14, the West Midtown taproom will launch its new seasonal Big Softy Pale Ale. The beer is a low-ABV, lightly-hoppy, and hazy wheat ale with an easy-drinking malt flavor, ideal for pairing with meals. The next day, Monday Night Garage is bringing back its popular Situational Ethics Imperial Stout, with variants including Gingerbread Spiced aged in Bissell Maple Farm rum barrels, Chocolate Cherry Vanilla aged in Oloroso Sherry Barrels, and Chocolate, Coffee and Vanilla aged in 10-year Tawny Port barrels.

The following Monday, Dec. 17, Monday Night Garage will host a “Christmas in Space” party at 7 p.m. The brewery will be decking out the space in sci-fi holiday decorations and tapping more than 20 rare and seasonal beers, including four specialty casks of Space Lettuce Double IPA variants (Orange peel with Azacca hops, grapefruit with Simcoe hops, intergalactic herb, and coffee with lactose). Tickets include three beers and a limited-edition tipsy Santa glass with original art from A.J. DeWitt, whose cartoonishly spooky personal style can be recognized from several of the brewery’s special release bottles. There will also be individual and group costume contests, a live DJ set from Amp’d Entertainment, and fresh empanadas prepared on-site by Frita Kale-O. Tickets are $30 for general admission, and include discounted options for groups and designated drivers. Tickets and a full beer list, including can be found here.