Stalwarts of the '60s mystify us still 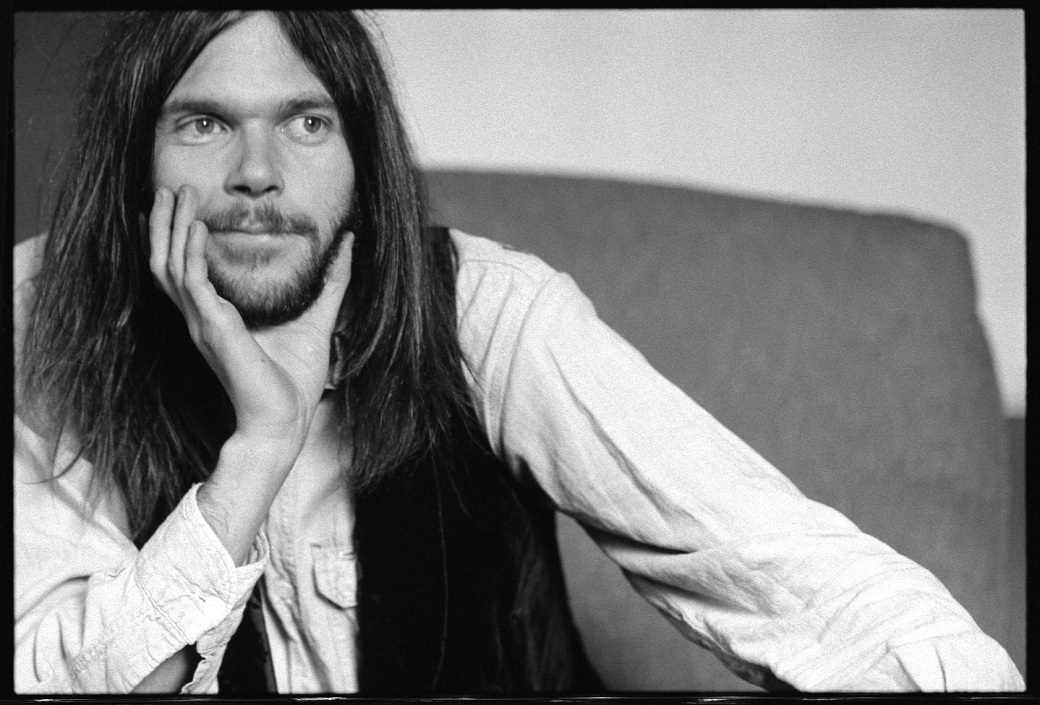 In 1976, Neil Young barnstormed across the U.S. with Crazy Horse, playing shows that established the band as a musical tour de force and earned their performances legendary status. Each evening, Young would open with an acoustic set; a tape compiling them has made the rounds to collectors for years. Now, Young is giving them an official release with Songs for Judy, the latest installment of his “Archive Performance Series” of releases. Twenty-three songs, eight cities, ten shows capturing Young at a time many thought him to be at the peak of his powers. Who knew, four decades later, he would still be going strong? Six of the tracks on Songs for Judy were recorded during the early and late shows at Atlanta’s Fox Theatre Nov. 24, Thanksgiving Eve, of that year. The next day, Young would fly to San Francisco, joining Eric Clapton, Bob Dylan, Van Morrison and many others to bid farewell to the Band at the Last Waltz.

At the beginning of the album, Young welcomes the audience by telling a story of seeing Judy Garland in the Fox’s pit — "the abyss," he jokes, that separates him from the audience. Young says that he saw the actress, who  portrayed Dorothy in The Wizard of Oz, down there carrying a music folio of “Somewhere, Over the Rainbow.”

The first show that Wednesday night was sold-out. You can hear the Atlanta crowd’s enthusiasm during the “Songs for Judy Intro” at the beginning of this album, and during “Old Laughing Lady” and “The Needle and the Damage Done.” Young was incredible, solo and with Crazy Horse, performing write-home-about versions of “Like a Hurricane” and “Cortez the Killer” (both with Crazy Horse and neither included here). When the early concert was over, it was worth playing cat ’n’ mouse with ushers and security, running low, undercover, around the Fox, hiding from their flashlights as they cleared the house for the late show. When the doors for the second show finally opened, two people crouching behind the wall of “Black Heaven” at the top of the balcony surfaced and merged with the ticket-holders to find their seats. The second concert did not disappoint, as “The Losing End,” “Here We Are in the Years,” “Pocahontas” and “Sugar Mountain” here attest.

It was during that last song that Young again referenced Garland’s presence, urging her to, “come on up, Judy” when he began “Sugar Mountain,” his ode to lost youth. But Garland didn’t. She wasn't there. She was never there, staring up at Young from the abyss, “Somewhere Over the Rainbow” sheet music in hand. No, the only ones there were those in the audience facing their own future, preparing to grow up and having to leave Sugar Mountain behind, whether they wanted to or not. It was time to experience life, learn its lessons, and to treasure the experiences one encounters on the journey. Outside the Fox Theatre, the temperature dipped into the mid-30s. People bundled up as they left the concert and headed out into the cold, crisp night. The future looked bright, as bright as the stars shining in that clear November sky. The wind began to blow.

Van Morrison: The Prophet Speaks (Exile/Caroline) — Indeed he does!. The prophet speaks through the fourteen song here, eight covers of R&B classics and six new Morrison compositions, the latter showing he still has a lot to say, even forty studio albums into his career. Morrison hits a groove on the opening track, Eddie “Cleanhead” Vinson’s “Gonna Send You Back to Where I Got You From,” and doesn’t let up, his vocals conjuring times and places from long ago, while Morrison remains in the present, a vocalist at the top of his game. Mere words do not capture the feel, the depth he captures here. Jazz? R&B? Soul? It’s Van losing himself in the genres — and in doing so, transcending what we’ve come to know, channeling them with a purity and an understanding very few vocalists these days capture, much less convey. A beautiful album that finds Morrison rediscovering his roots while expressing much of what he’s learned along a decades-long spiritual journey, whether of faith or of being, that’s he’s allowed us to join him on.

Big Brother & the Holding Co.: Sex, Dope & Cheap Thrills (Columbia Legacy) — Fifty years after its initial release, a version of Cheap Thrills, the landmark psychedelic album that introduced Janis Joplin to the world (the band’s previous album, Big Brother & the Holding Company, on Mainstream, was but an starter for the meal that was to come) has been released with the original title intact, twenty-five studio songs presented for the first time, a live track and four songs from the original sessions previously-available elsewhere. It’s easy to forget that Big Brother started as a psychedelic band, Joplin’s husky, blues-drenched vocals, her dynamic stage presence and her bawdy stage presence quickly eclipsed the sound the band was laying down behind her, but in these tracks, you discover what an incredible band Big Brother & the Holding Company was , and how  instrumental (pun intended) they were, guitarists Sam Andrew and James Gurley in particular, in forging the psychedelic San Francisco sound that established the Grateful Dead, Quicksilver Messenger Service and Jefferson Airplane. What’s most striking about these recordings today is how “out there” they still sound, five decades later. They stand as a look into a world of psychedelic possibilities that will never be explored again. That any of of the tracks ever got released to begin with is a testament to the foresight and risk-taking associated with music visionaries like John Hammond and Clive Davis, people who discerned the artistry of musicians rather than just their commercial potential. This collection shows there was nothing commercial about Janis Joplin and Big Brother & the Holding Co. in 1968, but their artistry allowed them to break through — and change music for the better.