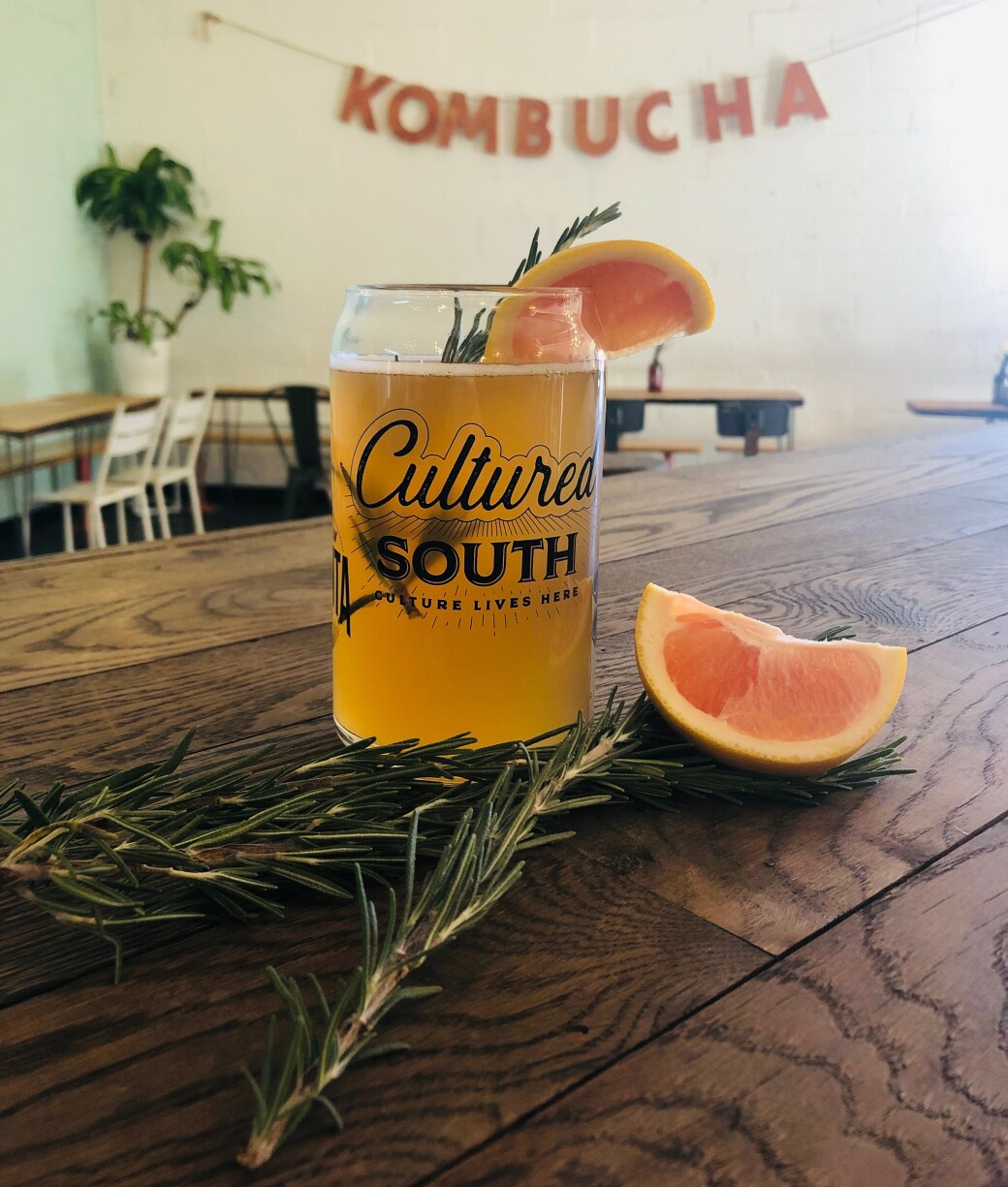 Georgia’s first and only local kombucha brand, Golda Kombucha, now offers a grapefruit and rosemary kombucha infused with cannabidiol, a non-psychoactive compound found in the hemp or cannabis plant. The brew can be found on tap at Cultured South, Atlanta’s fermentation headquarters located in the West End BeltLine Lee + White food and beverage district.

Golda’s CBD-infused kombucha comes in the wake of December’s Agriculture Improvement Act of 2018, commonly referred to as the “Farm Bill.” The Food and Drug Administration officially reclassified CBD to an agricultural commodity, but warned against medicinal usage of the plant. To Cultured South founder and Golda Kombucha brewmaster Melanie Wade, CBD and kombucha fermentation are both important parts of traditional herbal medicine. “For thousands of years, our ancestors all over the world used medicinal plants to treat the same ailments we suffer from today, and it’s now coming back into popularity,” Wade says. “Hibiscus lowers blood pressure, ginger helps stomach issues, lavender is calming, elderberry boosts your immune and respiratory system — these are all commonly used in kombucha already. The FDA may or may not validate herbal medicine, but CBD is known to benefit anxiety, chronic pain, insomnia, seizures, and general body wellness.”

Since the bill passed, local advocates and retailers like The Georgia Hemp Company have pushed CBD-infused products, including vapor pens, patches, bath bombs, and even treats for hyperactive pets. “CBD is already a household name in West Coast states and Colorado, so kombucha companies on that side of the country are already infusing with it,” Wade says. “As far as we know, we’re the first actual CBD-infused beverage in Georgia.”

Wade herself uses CBD at home to treat insomnia, a common affliction for business owners running an operation with as many moving parts as Cultured South. The facility houses Georgia’s first commercial kombucha brewery and taproom, as well as a collection of other fermentation projects, including vegan cashew cheese, kefir (grain-like bacteria culture fermented from dairy or nut milk), sauerkraut, and kimchi. The kombucha and many of the other fermentation projects are cultured with a live probiotic recipe passed down from Wade's grandmother Golda, a practitioner of Appalaichan folk medicine.The taproom also serves pickles and gelato from Cultured South’s neighbors, Doux South Pickles and Honeysuckle Gelato.

The FDA law still restricts market distribution of cannabis products, so Golda’s CBD-kombucha is only available on draft at the Cultured South taproom. It can be enjoyed in a pint for $6.50, as part of a flight of kombucha variants, or you can take it home in a growler. They’ll even drop a scoop of Honeysuckle Gelato into it, or any other kombucha flavor, to make a kombucha float. Wade says that the grapefruit and rosemary flavor was crafted for winter, but she plans to keep serving CBD-infused kombucha year-round, adapting different flavors for each season. “Kombucha and CBD are both still new to a lot of people, but we work hard to educate people here about their health benefits,” Wade says. “It might be whimsical plant magic, not validated by the FDA — but we believe in it and we want to share it with people who are willing to try.”