Blues & Beyond: Atlanta Blues Society for the win 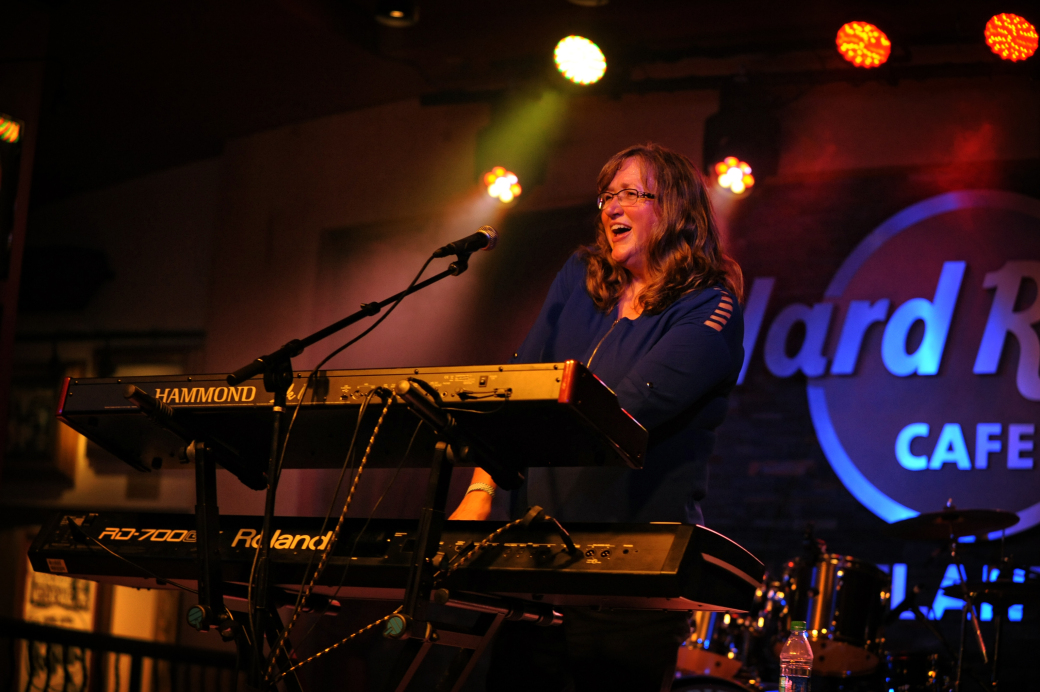 Pundits who claim the Atlanta United soccer team finally broke the city’s long and frustrating streak of losing can now tout another big win. The Blues Foundation, the most recognized and respected international blues organization in the tight-knit blues community, has bestowed the Atlanta Blues Society (ABS) with their prestigious Keeping the Blues Alive (KBA) Award for Blues Society of the Year for 2019. It’s an important milestone for putting Atlanta squarely on the blues map. But interestingly, Atlanta has fared well in the past with Blues Foundation honors.

Previous local KBA winners have been Blind Willie’s and Darwin’s in the blues club category, Mark Pucci Media (publicity), WRFG (radio station — see December’s Blues & Beyond column), Little G Weevil (solo/duo act), Delta Moon (oddly representing the Charlotte Blues Society), and yours truly in the category of blues journalism. Speaking from personal experience, the award puts the recipient on the national blues map, and the recognition from peers in the industry is a substantial and humbling life milestone.

Atlanta isn’t typically mentioned in the same breath as Chicago, Austin, Memphis, or New Orleans as a blues hub, but one look at the ABS web page is all you’ll need to understand why the organization was chosen for this internationally respected accolade. Its Blues In the Schools education program brings blues musicians into schools, and it helps local blues players defray medical expenses via the Blue Flame Fund. The ABS also hosts the Atlanta Blues Challenge, which sends winners to Memphis to participate in the International Blues Challenge each year. Additionally, it supports Blues Stotts which raises money for cystic fibrosis care in memory of founding ABS member Larry Stotts. The blues society is a thriving entity that has grown exponentially in the past five years, doubling membership to over 400.

To find out more, I chatted with current ABS president, George Klein, who has been involved in the organization for over 15 years. He became friendly with Nashville-based guitarist and former KBA award-winning journalist Ted Drozdowski, who, in turn, nominated ABS for the 2019 KBA. The ABS won without any campaigning. Klein will accept the award in Memphis this month at a Blues Foundation luncheon the week of January 22-26.

That’s also when the International Blues Challenge (IBC) goes down, where hundreds of artists vie for Best Band, Solo/Duo act, and Youth Act honors. This year the ABS is sending Atlanta Blues Challenge winners Rae & the Royal Peacocks (Band), Kathie Holmes (Solo/Duo) and No Solution (Youth Act) to try to best hundreds of participants from other cities, both national and international.

To help defray travel expenses for the artists heading to Memphis, Klein says the ABS matched over $1,000 in donations collected from their annual Christmas party. Adding to the pot is an IBC fundraiser featuring all three competing acts at Darwin's on January 12, giving Atlanta blues fans a peek at the best of what this city has to offer. Additionally, the ABS website is “so good and so popular, that it generates revenue,” explains Klein. He’s confident that between tips, donations, and matching, “every one of those performers will have more money than they need to pay travel bills.” The night closes with a jam in which the musicians strut their stuff and display their improvisational abilities.
It’s an exciting time for the Atlanta Blues Society and blues in Atlanta, a city that has plenty to be proud of in the blues world. Watch this column in the future for a recap of the results.

In other news, Blind Willie’s has made significant changes as they continue working on what they’re calling the 32-year-old club’s “rebirth.” The esteemed venue is now closed on Mondays, but open on Sundays with a 6:30 p.m. start time. Tuesdays, Wednesdays, and Thursdays also kick off earlier with the gig starting at 8:30 p.m. And, though it has been a long time coming, Willie’s is now smoke-free. Come out and support live blues at one of Atlanta’s most legendary and longest lasting joints.

January is the post-Christmas/New Year’s blues month. Here’s some local roots music highlights to help lighten your mood in the coldest of months.

Sat., Jan. 12
IBC Fundraiser, Darwin’s — See above. Come out and help support the three acts Atlanta is sending to the International Blues Challenge in Memphis.

Karl Denson’s Tiny Universe, Terminal West — Tenor sax man Denson takes time off from his sideman status as one of the Rolling Stones’ hornmen to lay down the searing jazz, funk, and R&B with his own veteran band.

Daniel Romano, The Earl — Eclectic only begins to describe the wildly diverse sounds singer/songwriter Romano has worked in over the course of eight albums in eight years. Pop, rock, country, soul, and a bit of blues underscore his diverse style, enhanced by his Dylan-esque vocals.

Fri., Feb. 1
AJ Ghent, Eddie’s Attic — Atlanta by way of Florida lap steel master Ghent was mentored by the legendary Col. Bruce Hampton. So it’s no surprise that he incorporates everything from funk to gospel, Southern rock to “neo-blues” into a soul-shaking performance that will have the usually sedate Eddie’s crowd revved up into a frenzy.

Sun., Feb. 3
Francine Reed, Eddie’s Attic — Used to be you could catch blues/soul singer Reed somewhere around town every month, at least when she wasn’t touring as a featured vocalist with Lyle Lovett’s Large Band. Those days are long gone, so be sure to show her some love on this rare club date.

Send upcoming blues music and events for CL’s Blues & Beyond concert calendar to hal.horowitz at creativeloafing.com.