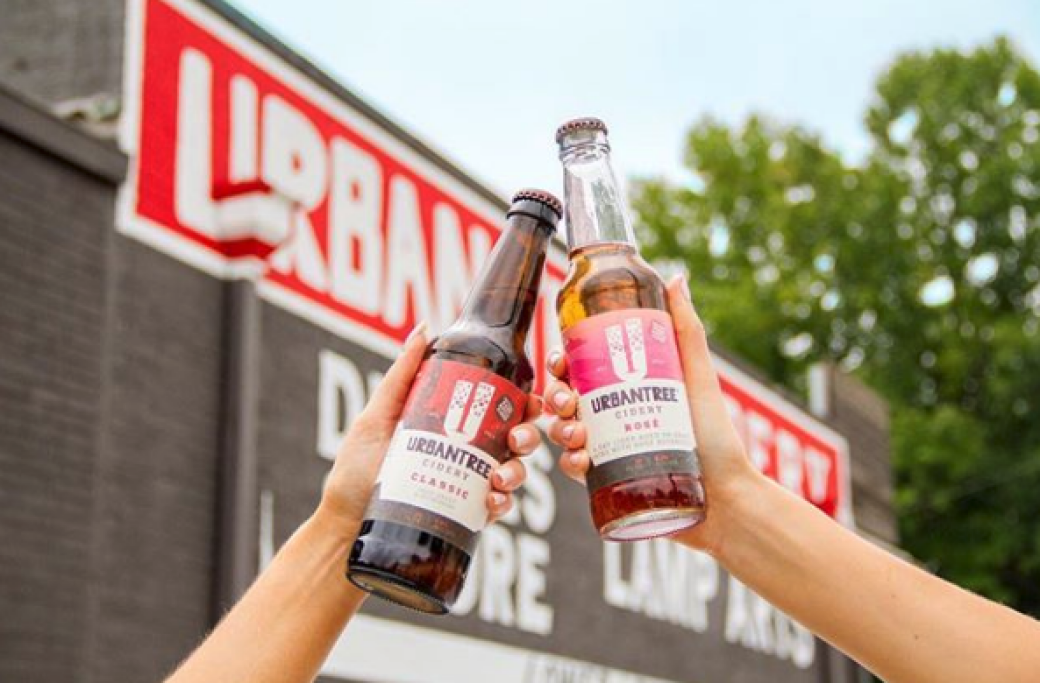 Urban Tree Cidery is celebrating its third year anniversary with a three-day party at the cidery this weekend. The Upper-Westside cidery has quickly become a household name in the Atlanta craft brewing industry, introducing a roster of reliable ciders to the beer-saturated market.

This Friday, Saturday and Sunday, Urban Tree’s roster of craft ciders will flow from the taps along with a selection of food trucks, live music, and prize giveaways. Local acoustic-folk trio Crooked Wits will play from 12:30-4:30 p.m. on Sunday. General admission is free, and at 3 p.m. on Saturday and Sunday, Urban Tree’s Classic and Original ciders will be marked down to $3 for 30 minutes.

Original | Urban Tree’s original craft cider will be pouring at the party all weekend, with a crisp apple bittersweetness designed for easy drinking. The traditional European-style brewing gives the cider a dry and complex acidity, with a sneaky 6.5 percent ABV.

The third-annual Fermentation Fest will take place this Sunday, March 24, at Cultured South Fermentation Co.. Attendees can sample, purchase, and barter fermented products from dozens of local and regional artisans, while learning about the process and benefits of fermentation through live demonstrations and educational talks. There will also be a Libations Lounge with craft beer selections curated by Dames and Dregs Beer Festival, which returns for its second year this August. General admission is free, but a $15 Libations Glass Pass includes a souvenir taster glass plus five tasting tickets for 2-3-oz. pours of fermented alcoholic and nonalcoholic beverages. To learn more, read First Draft’s full feature on the festival.

Wild Leap Brew Co. has released the sixth edition of its beloved Alpha Abstraction Double IPA. The LaGrange brewery began the Alpha Abstraction series as an ongoing experiment in the use of abstract and unusual hops, meeting an increasingly positive reception from fans with the release of each beer. Volume six utilizes the Lotus hop, an experimental cross-bred hop which introduces orange, vanilla and berry flavors to the hazey double IPA at 8 percent ABV.

Atlanta Brewing Company is supporting the research and conservation efforts by the Georgia Aquarium with the proceeds of an ongoing series of aquatic-themed beers. The sixth seasonal release in the partnership is Whale Shark IPA, which was previously released as a wheat beer, but has evolved into a hoppy IPA with tropical fruit, berry, and melon flavor. The beer will release with a party at the brewery with a Tex’s Tacos food truck, giveaways, and live music.