The Art Ensemble of Chicago, the Comet is Coming, Clarice Jensen, and more brought radical subtlety to the stage, but it’s what you take home that matters most 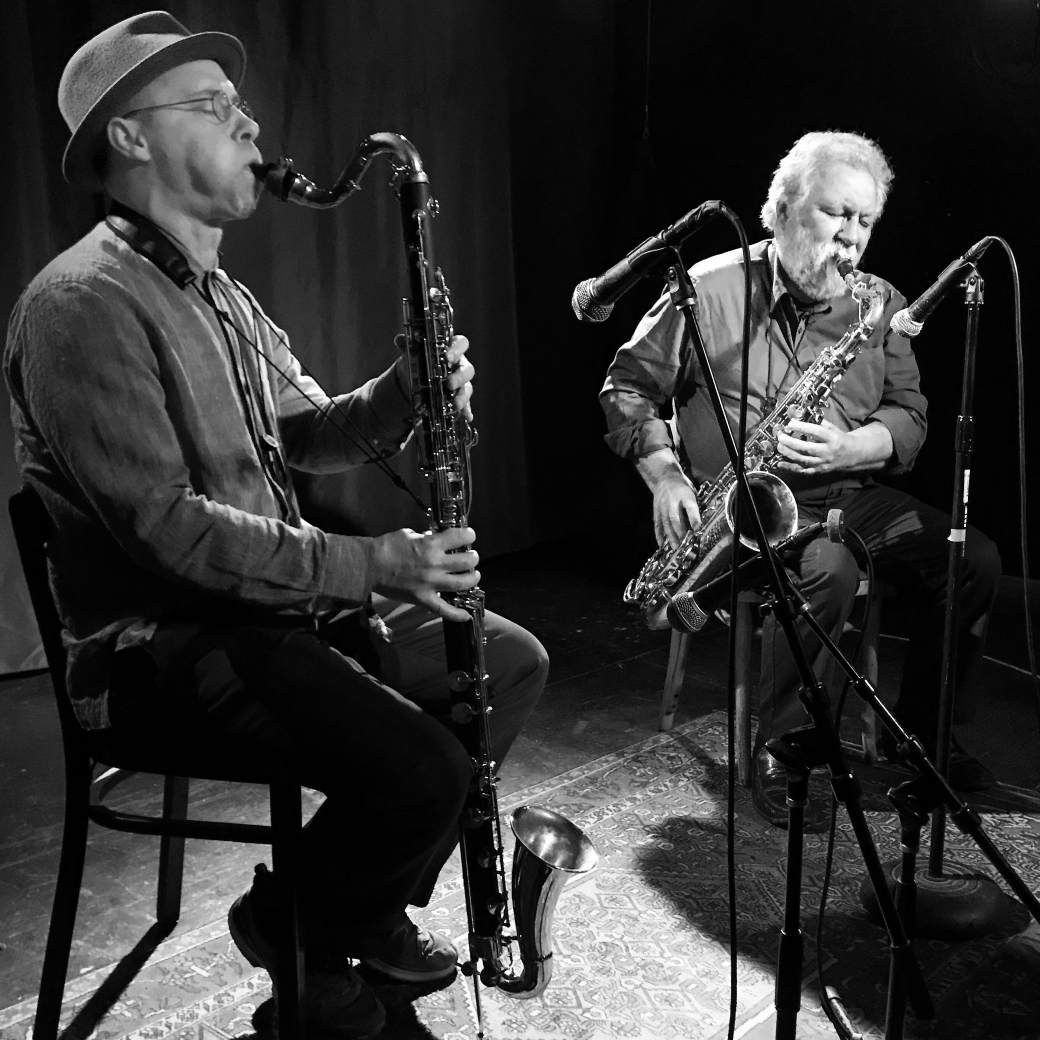 A week after returning to Atlanta from this year’s Big Ears Festival I still feel the phantom wristband clinging to my arm. It’s a telling metaphor for what is, perhaps, the most profound result of immersing oneself in Knoxville, Tennessee’s annual musical gathering. Big Ears is a celebration of pioneers, innovators, and revolutionaries who reach deep within themselves to uncover a motif, a sound, and a vision that reveals new dimensions in the well-worn paths of familiar music. From young artists such as Dutch pianist Joep Beving and cellist Clarice Jensen to seasoned vets Meredith Monk and the Art Ensemble of Chicago, Big Ears is about defying idle thoughts, challenging one’s understanding of language, and engaging music in meaningful ways.

This year (March 21-25), basking in the crystalline drones of Alvin Lucier’s compositions, the fiery free jazz of British trio the Comet is Coming, or witnessing This Is Not This Heat on stage, exorcizing the psychic weight of a nearly 45-year career coming to a glorious conclusion was illuminating. But it’s what you take home from Big Ears that matters most. After being in the presence of so much bold and beautiful music, one cannot help but feel inspired — compelled — to affect positive change in life, to rise above the control systems of daily routines, and to find new dimensions within one’s own spirit and character.

Thumbs up for Mother Universe! Pianist, sculptor, and outsider folk artist Lonnie Holley represented Atlanta at Big Ears 2019. Throughout the extended weekend, Holley joined the Messthetics — guitarist Anthony Pirog and Fugazi rhythm section, drummer Brendan Canty and bass player Joe Lally — for a cosmic improv set. He made other appearances, including a walking tour of downtown Knoxville. Emory University professor of music theory and African American music Dwight Andrews was on hand as well, joining trumpeter and composer Wadada Leo Smith to revisit the structured improvisation and avant-garde jazz of 1979’s Divine Love LP. And although cellist Clarice Jensen is the artistic director for the New York-based American Creative Music Ensemble (A.C.M.E.), her Drone Studies cassette is due out this spring via the Atlanta-based record label Geographic North.

Each of their respective performances unfolded amid a marathon of impenetrable music, as a confluence of jazz, bluegrass, drone music, folk, noise pop, and indie rock paths revealed themselves throughout the fest. Irreversible Entanglements, Harold Budd, Makaya Mccraven, Rhiannon Giddens and Francesco Turrisi, Spiritualized, Jon Mueller, Vijay Iyer and Craig Taborn, an ECM at 50 panel, or a secret set by Evan Parker and Ned Rothenberg — every great experience this year was wrapped in wide-eyed stories and demands to not miss so-and-so’s next set.

It was the Art Ensemble of Chicago’s Sunday night performance, however, that brought the weekend to a fine point. Surviving co-founders of the Art Ensemble, composer, virtuoso, and multi-instrumentalist Roscoe Mitchell and percussionist Famoudou Don Moye, filled out a cast of 15 players handling brass, heavy bass, strings, drums, and opera singer Rodolfo Cordova-Lebron. Seated beside Mitchell at the front of the stage, Philadelphia-based poet and singer Moor Mother offered a voice of radical rumination, as the group delved into the title track from the Art Ensemble’s latest CD, We Are On the Edge (Pi Recordings).

Throughout the set, occasional rounds of honks, skronks, and clatter evoked the rumbling frenzy of 1969’s A Jackson in Your House, laying the foundation for an Art Ensemble that is firmly planted in an era when subtlety and refinement cut through the noise of daily life like an incendiary device. This was Art Ensemble forever looking forward — no nostalgia trip, and no looking backward for anyone who bore witness to the music.

See below for a gallery of images taken throughout Big Ears 2019. Photos by Omar Khalid, Bobby Power, Chad Radford, and Nathan Zucker. 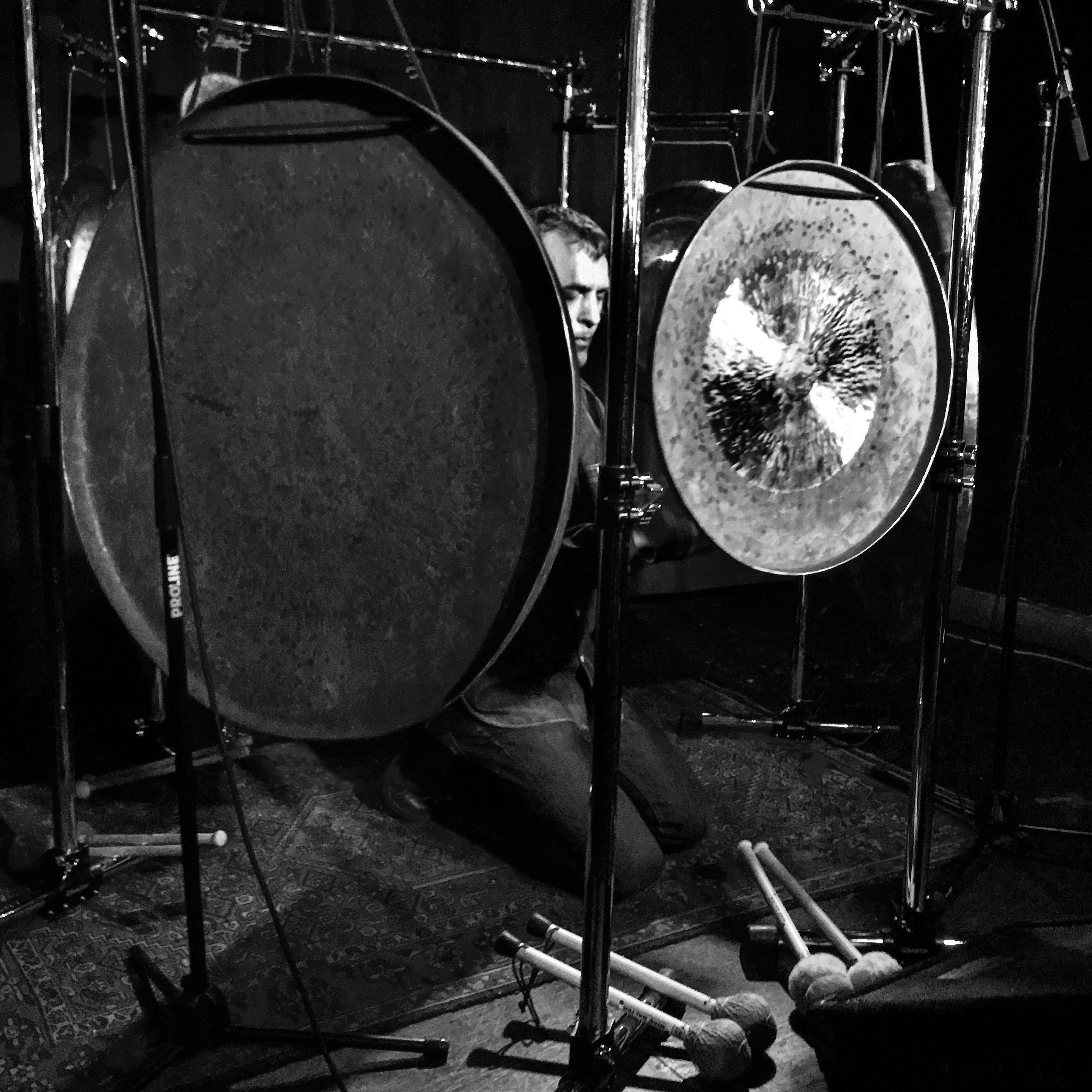 Jon Mueller at the Pilot Light. Photo by Chad Radford 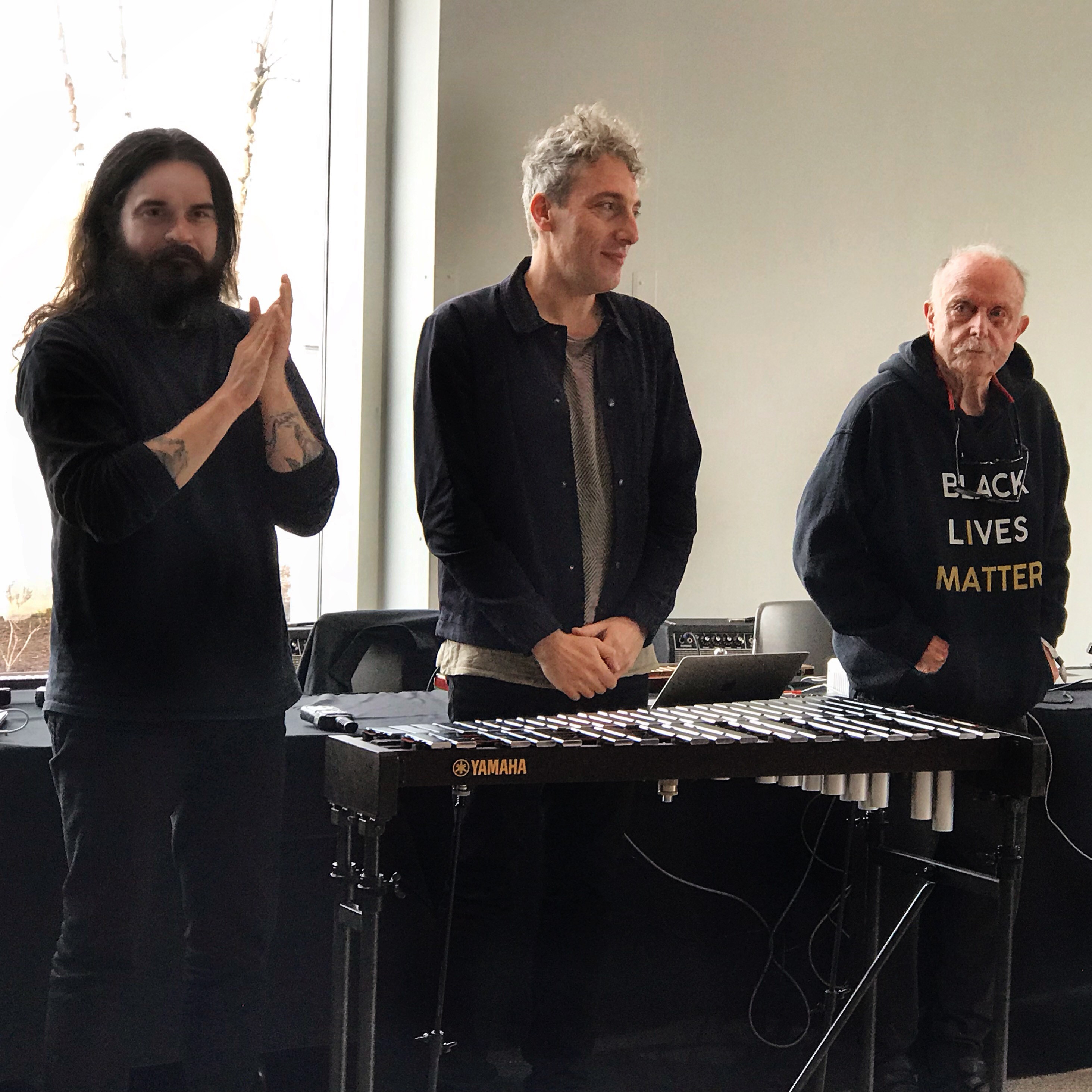 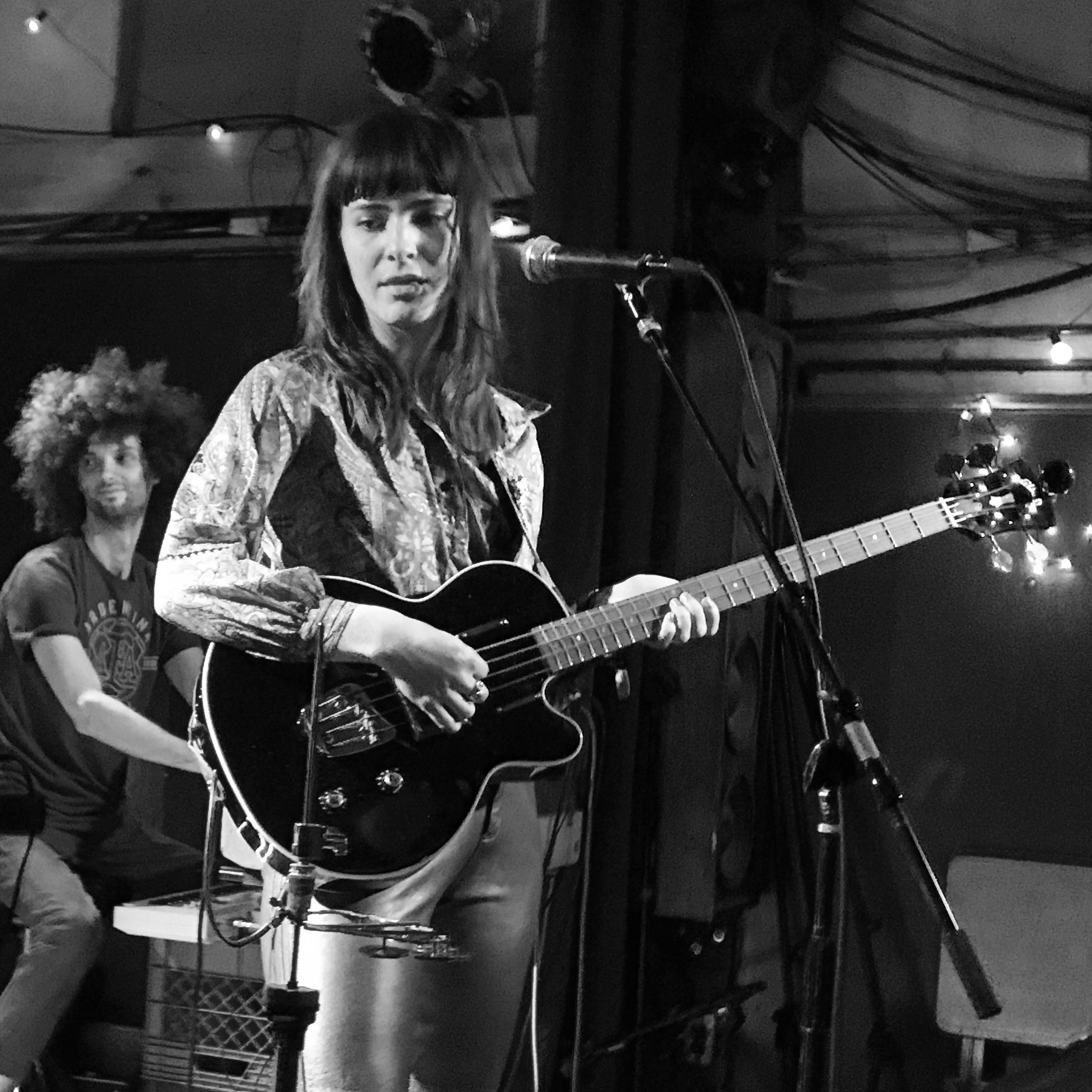 IE at the Pilot Light. Photo by Chad Radford. 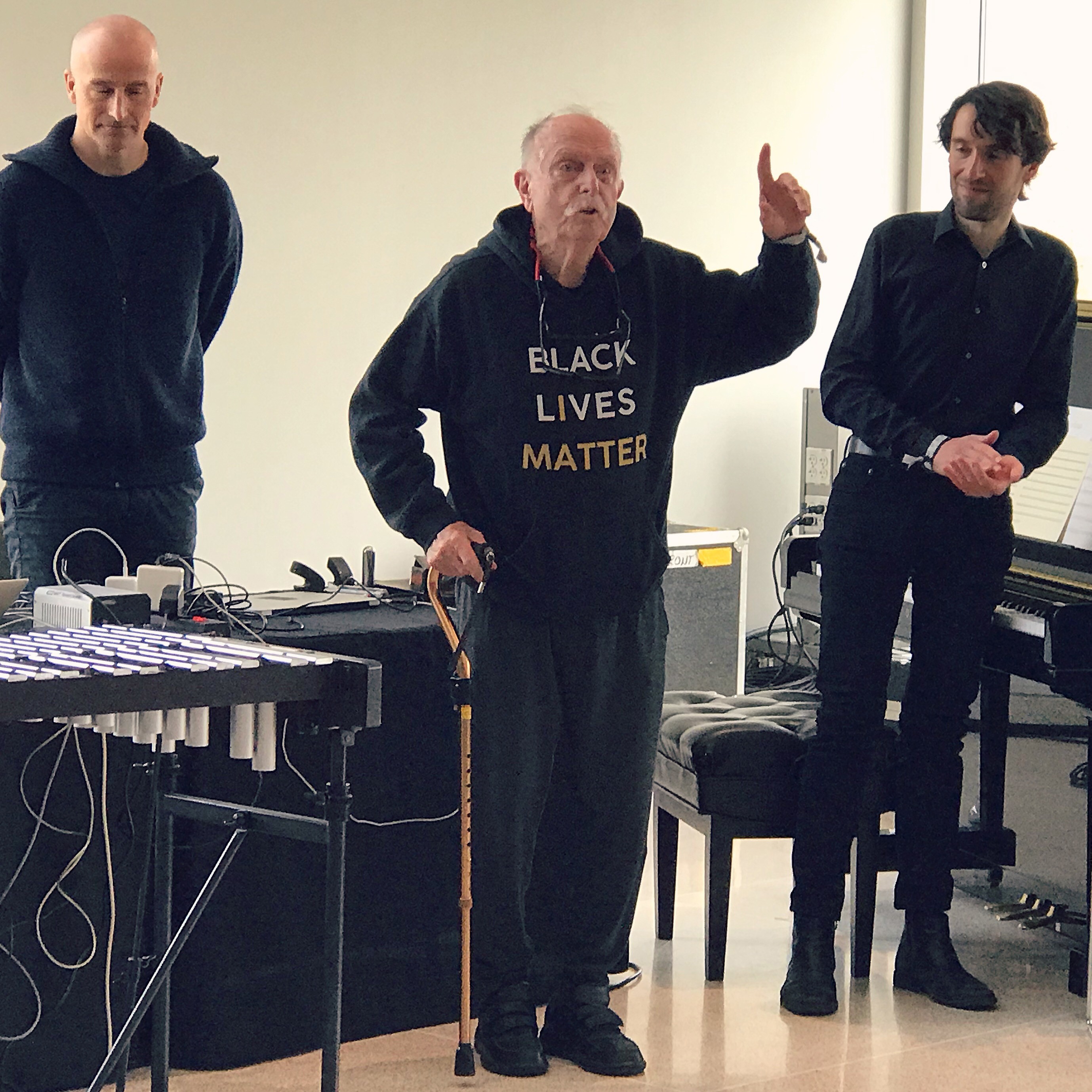 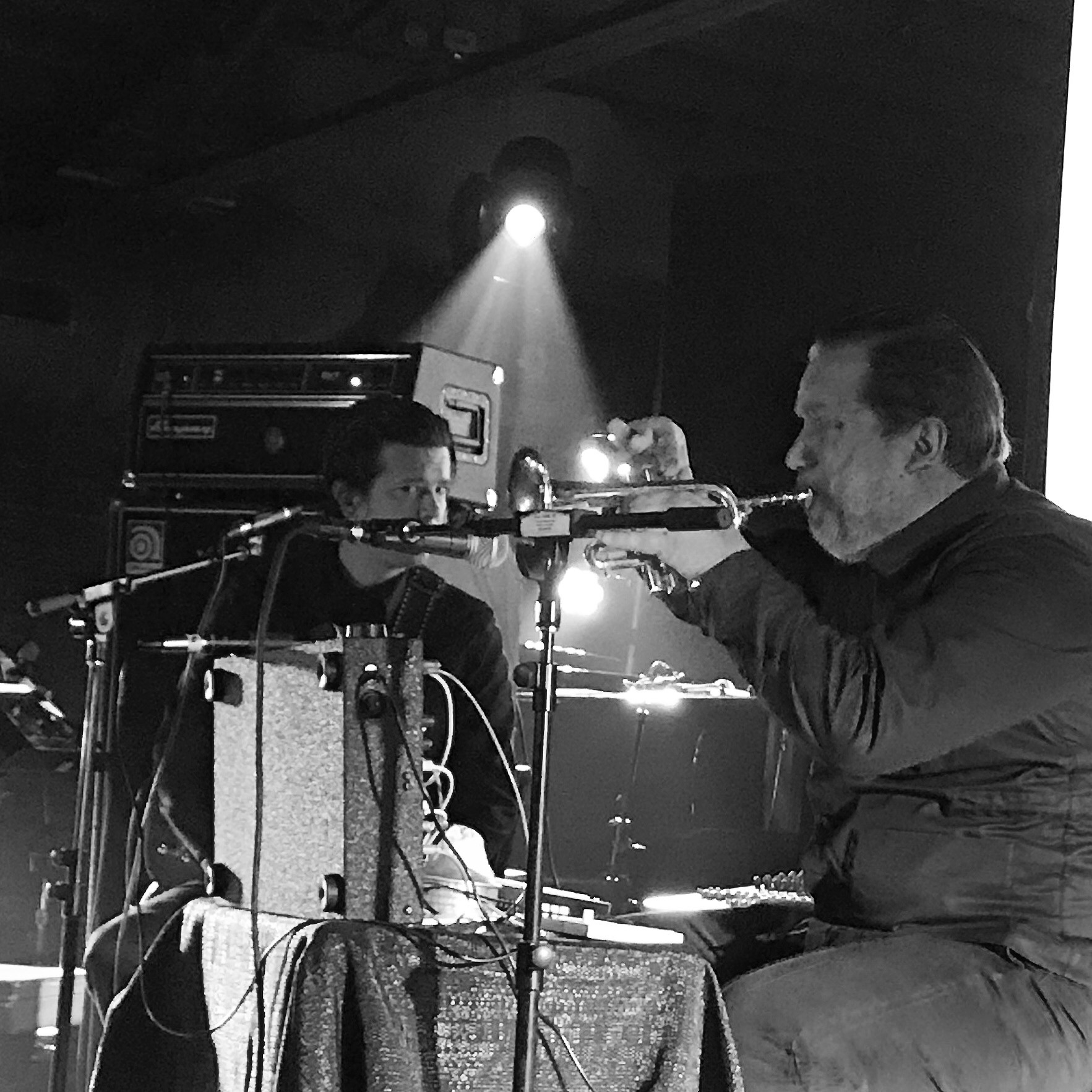 Alien Flower Sutra at the Standard. Photo by Chad Radford 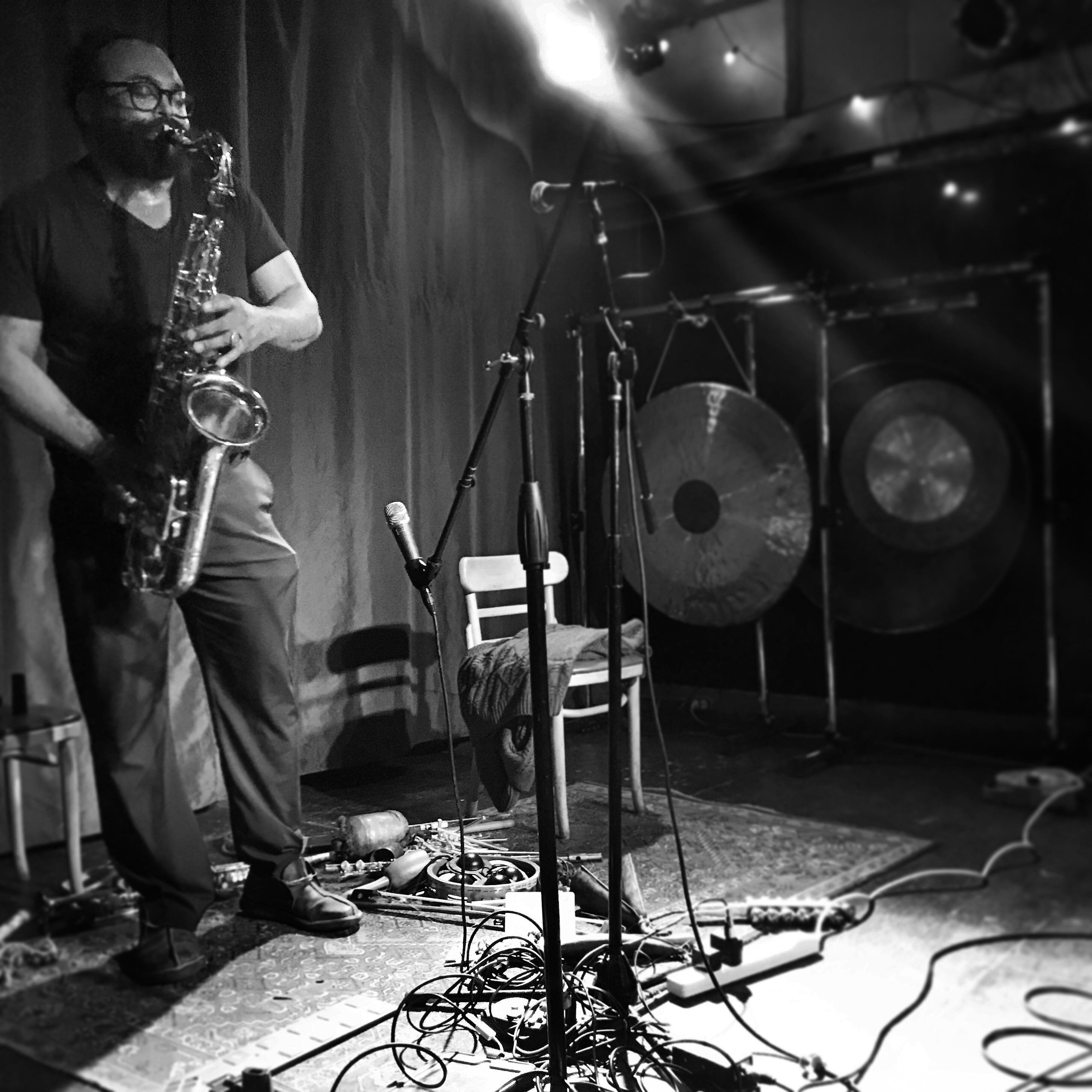 Abstract Black at the Pilot Light. Photo by Chad Radford. 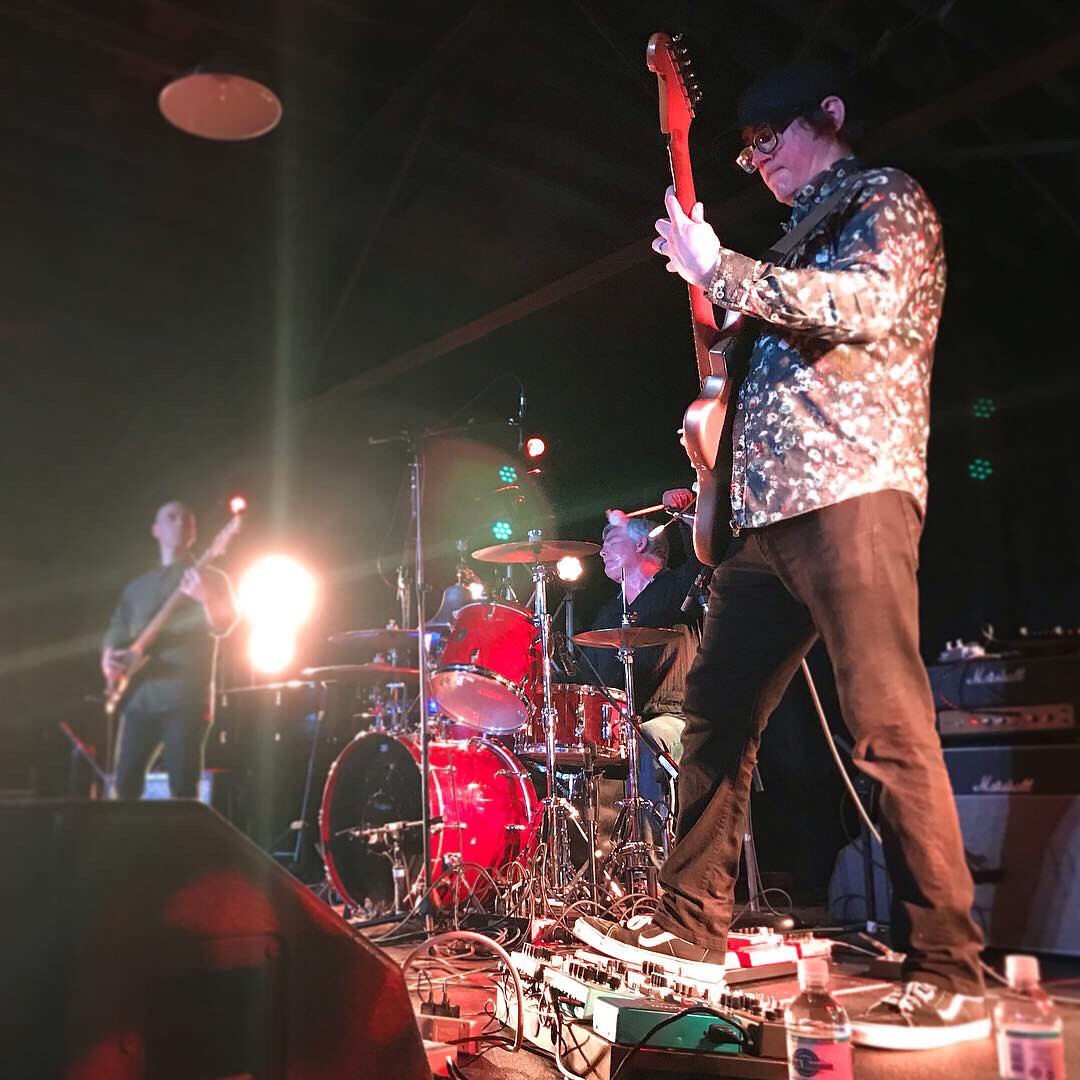 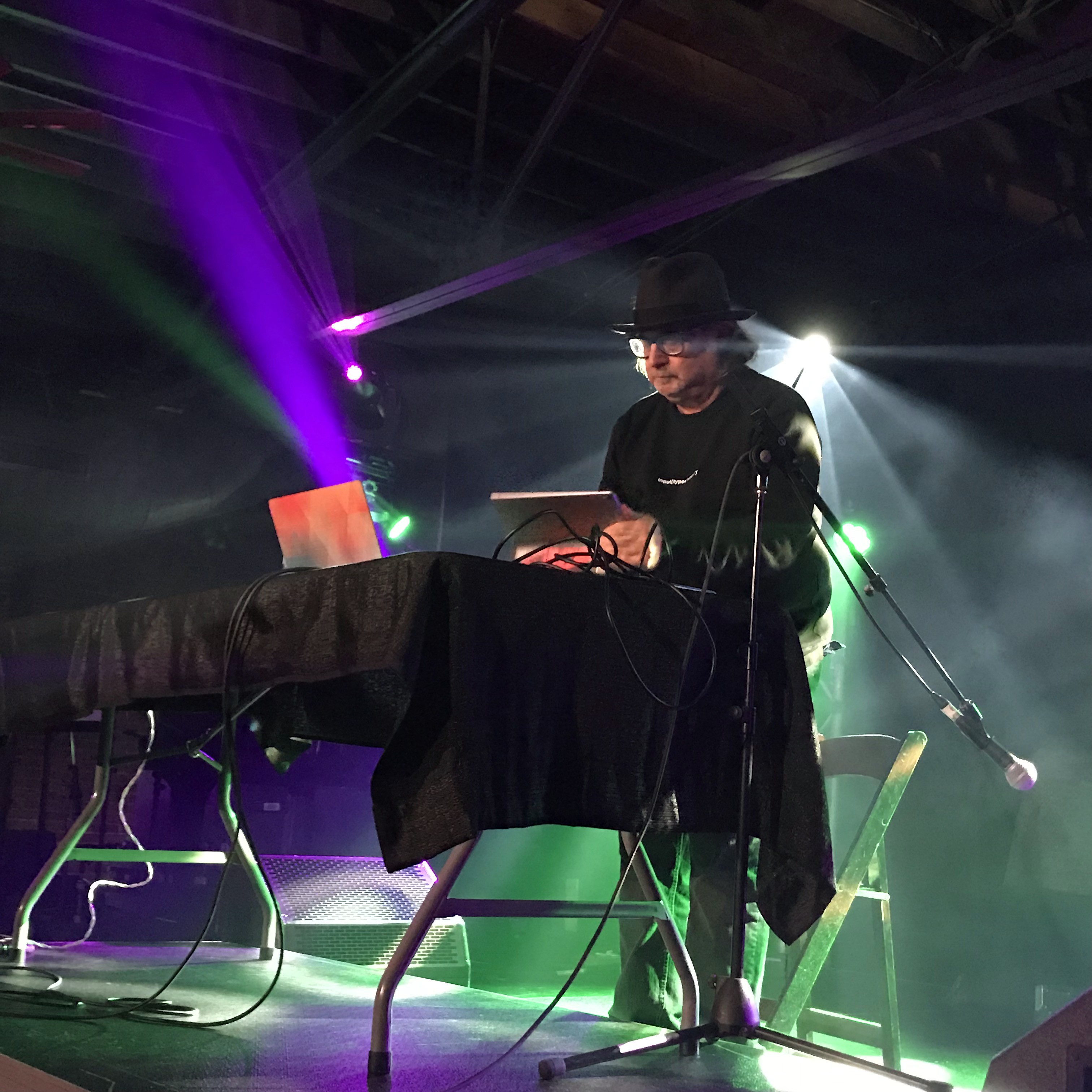 Carl Stone at the Standard. Photo by Chad Radford. 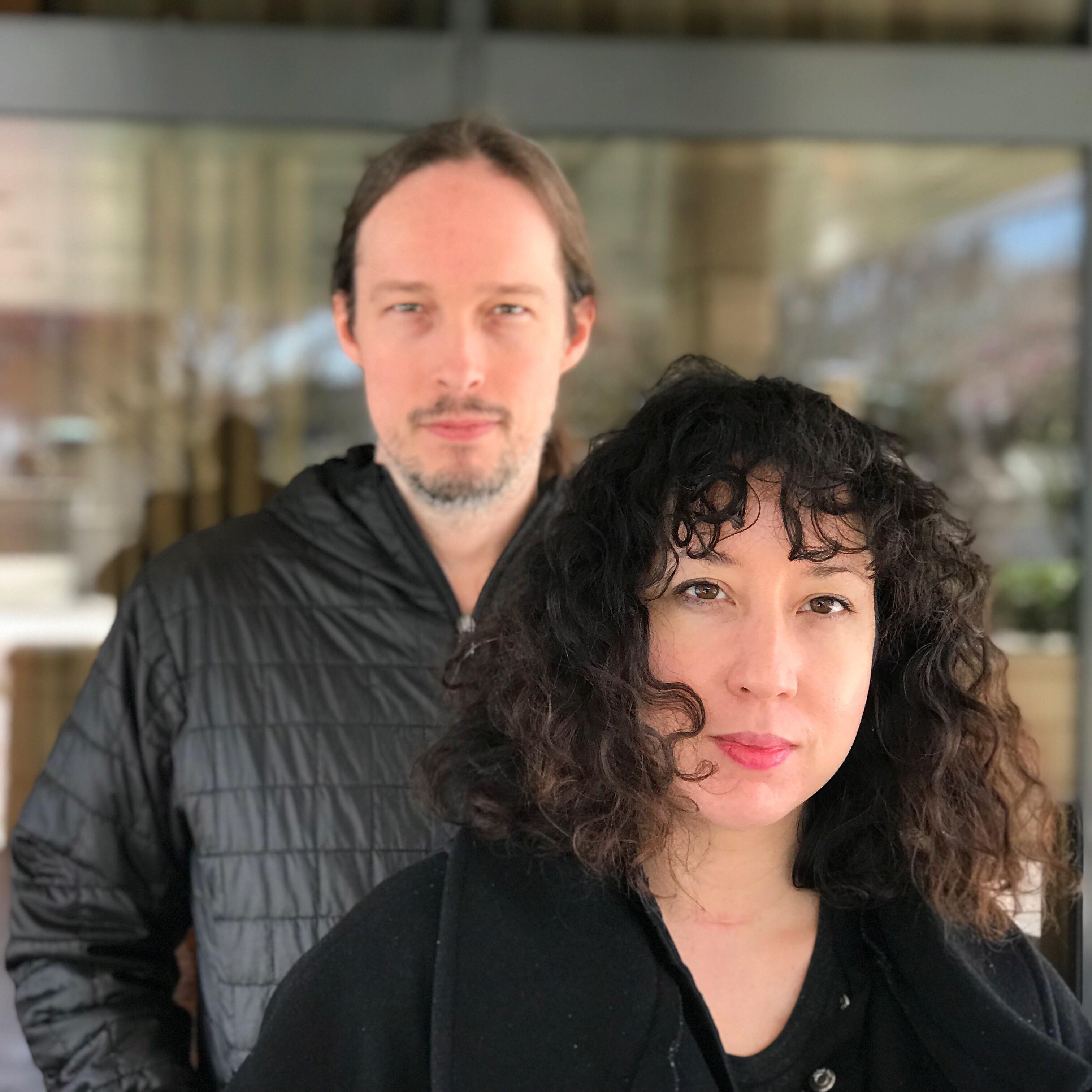 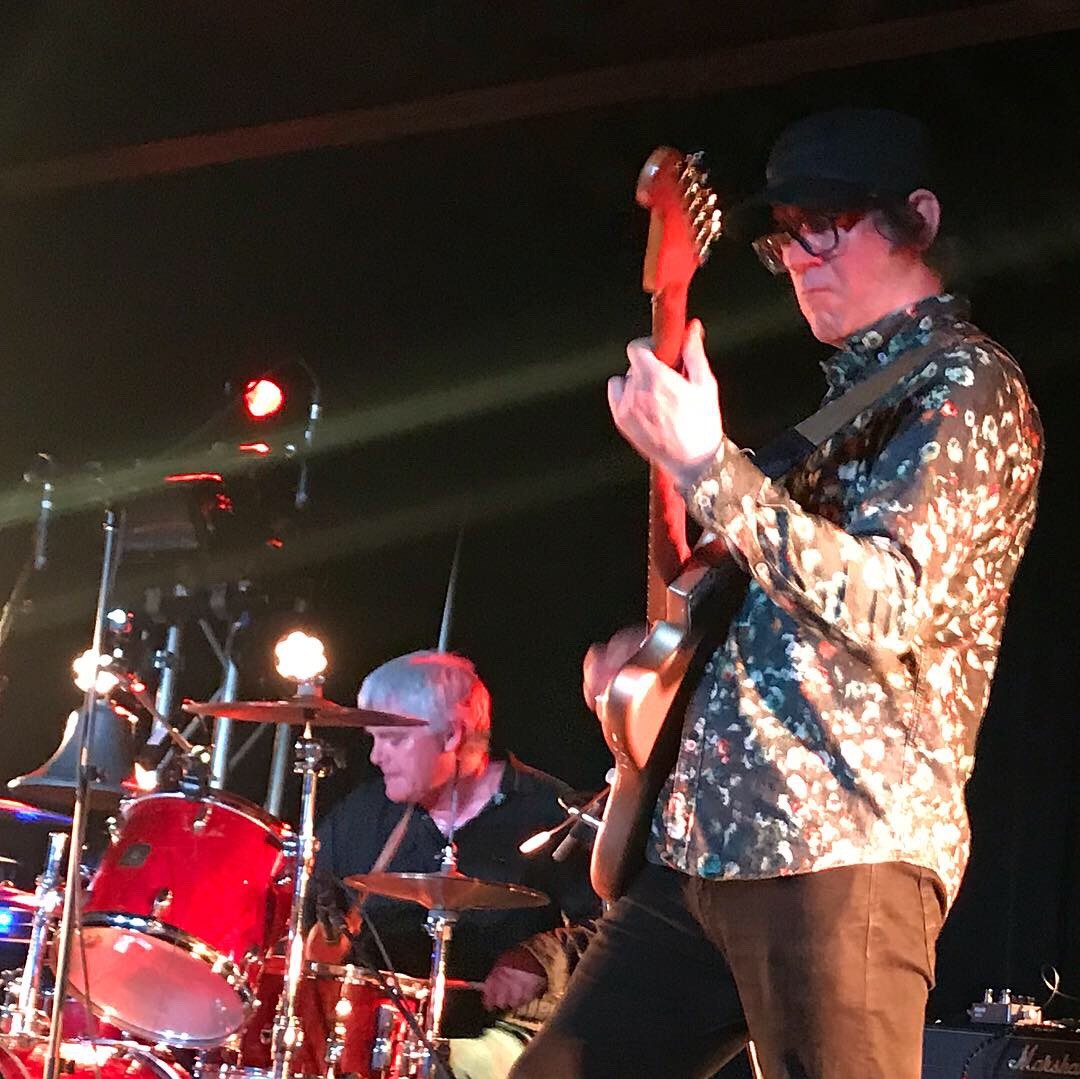 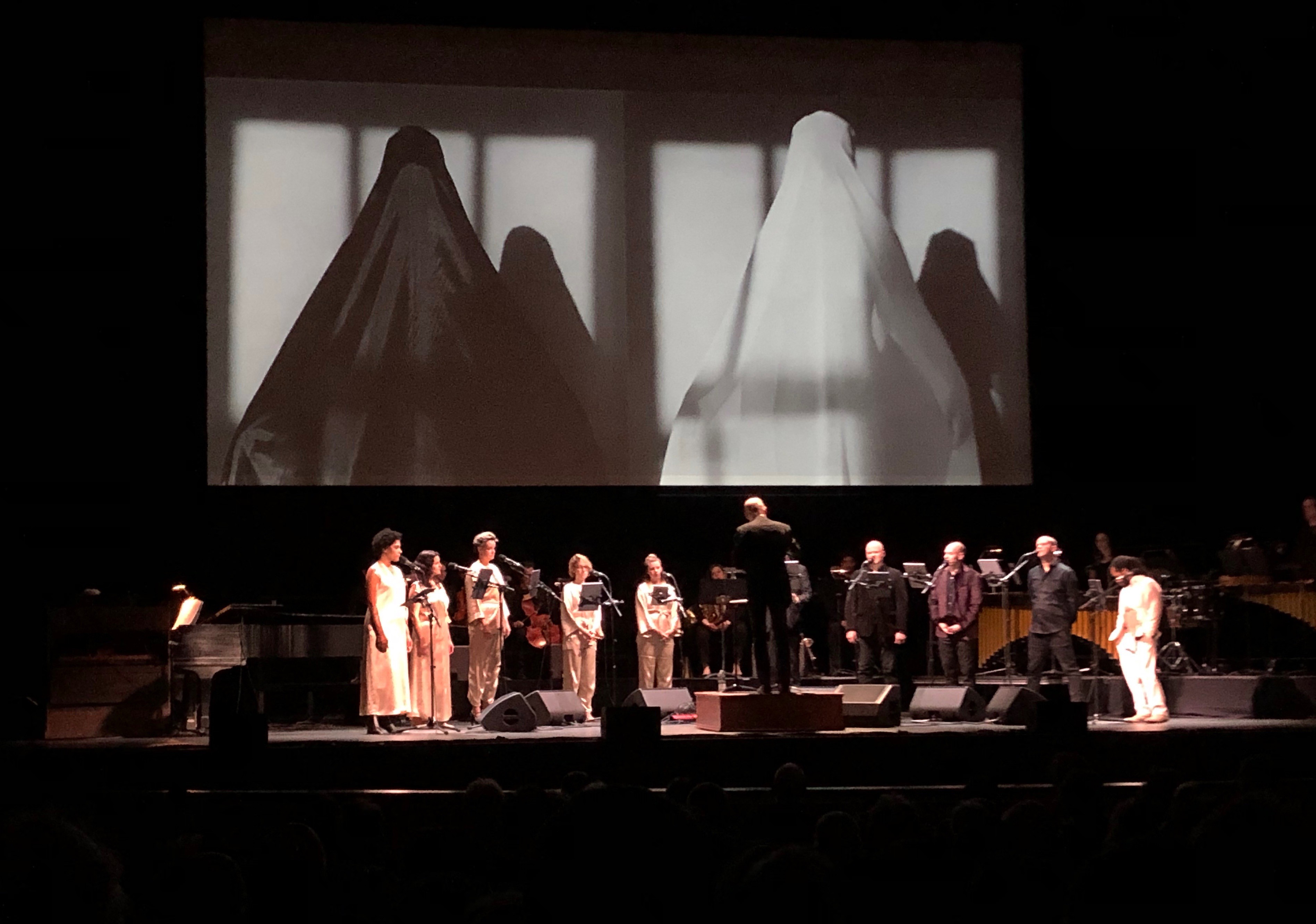 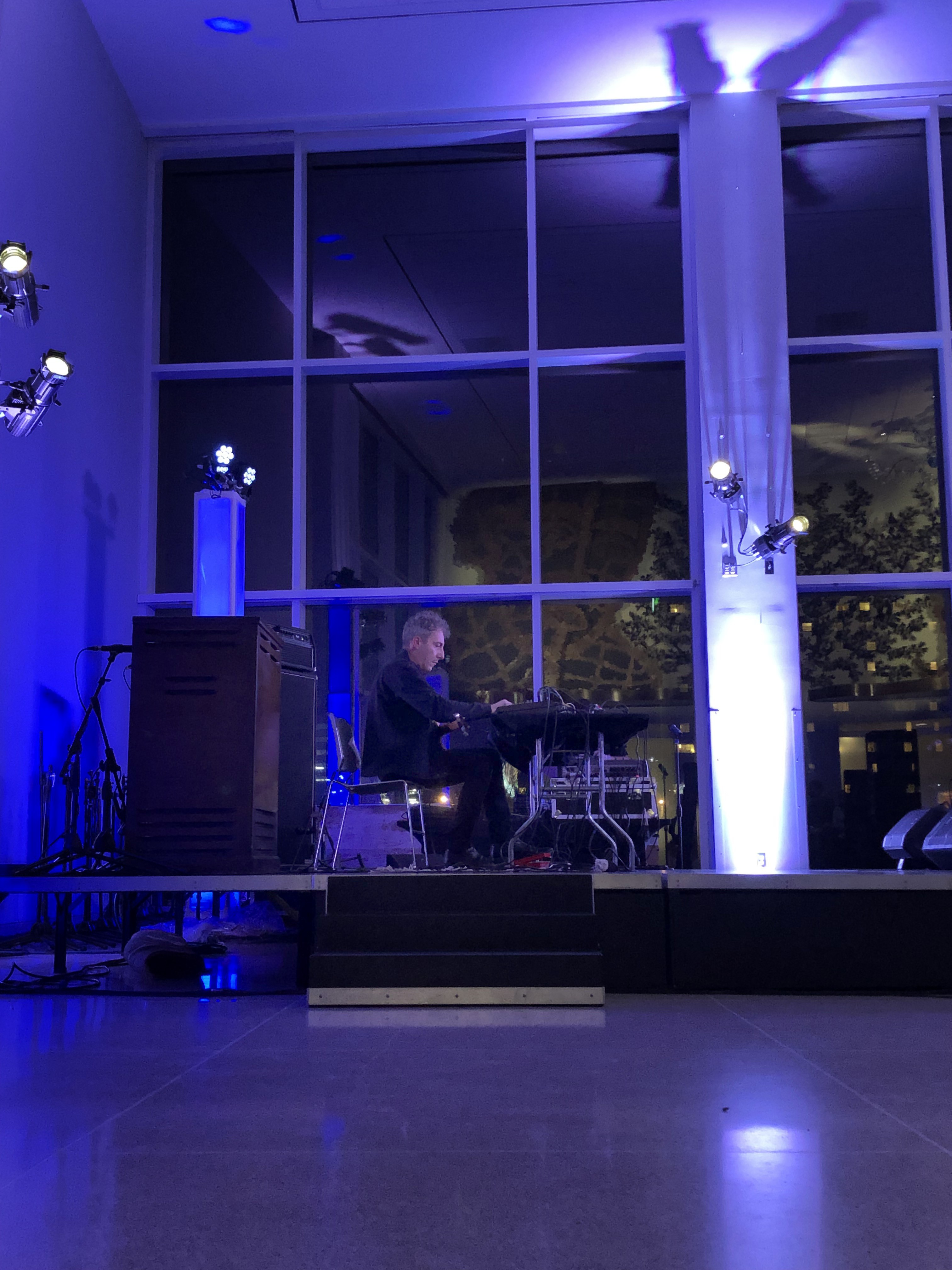 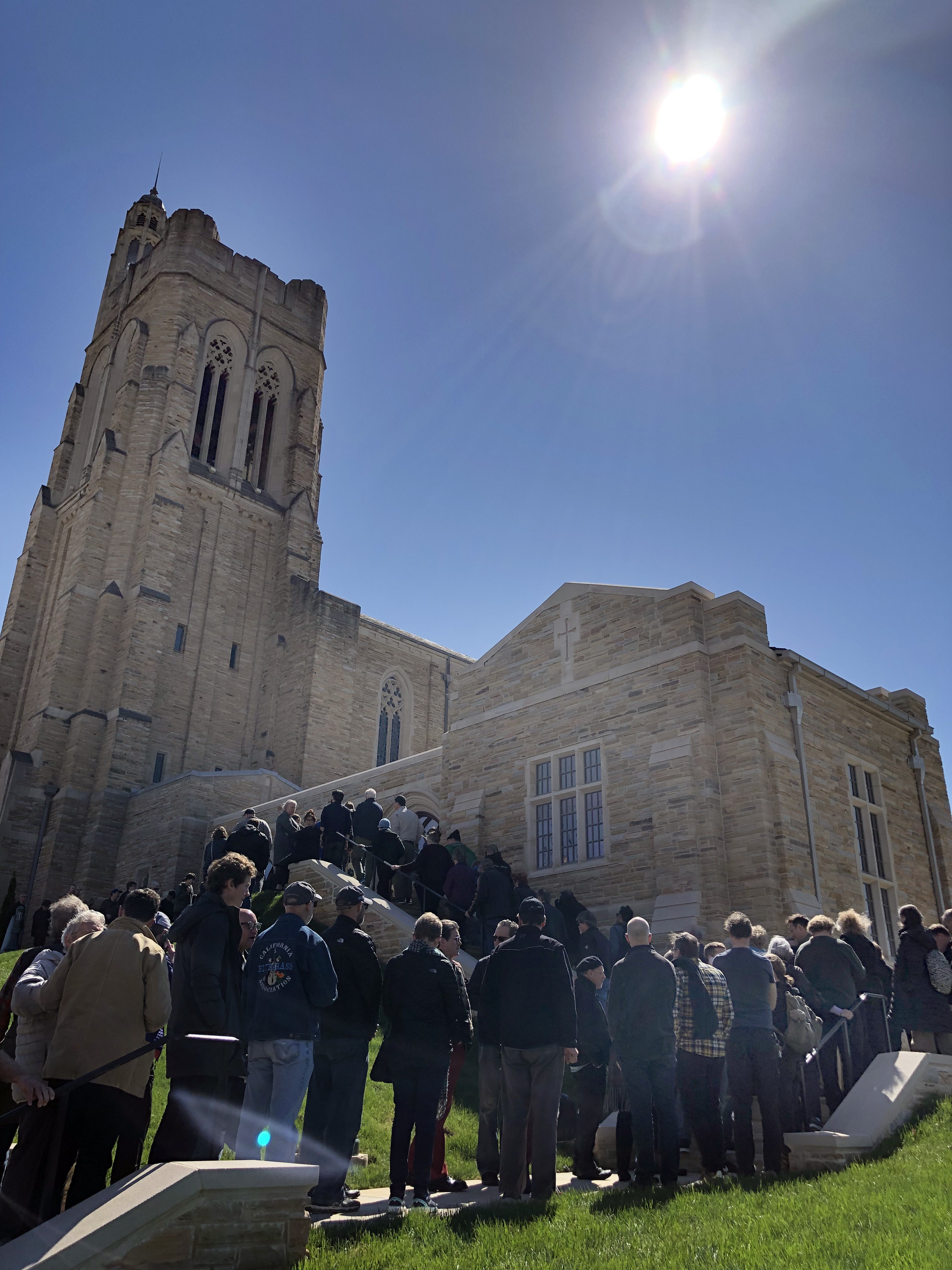 Waiting in line for Harold Budd. Photo by Bobby Power. 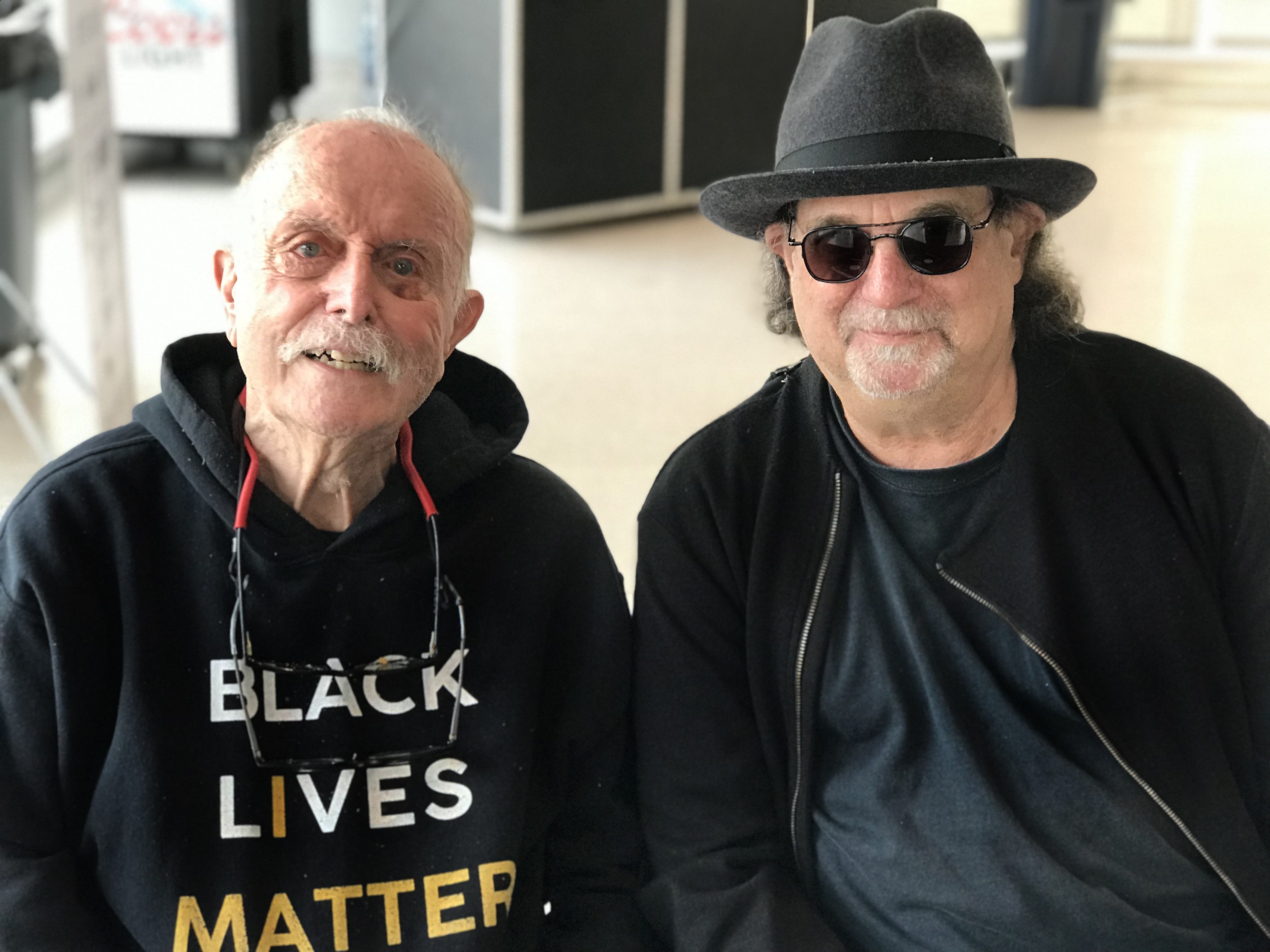 Alvin Lucier (left) and Carl Stone at the Knoxville Museum of Art. Photo by Chad Radford. 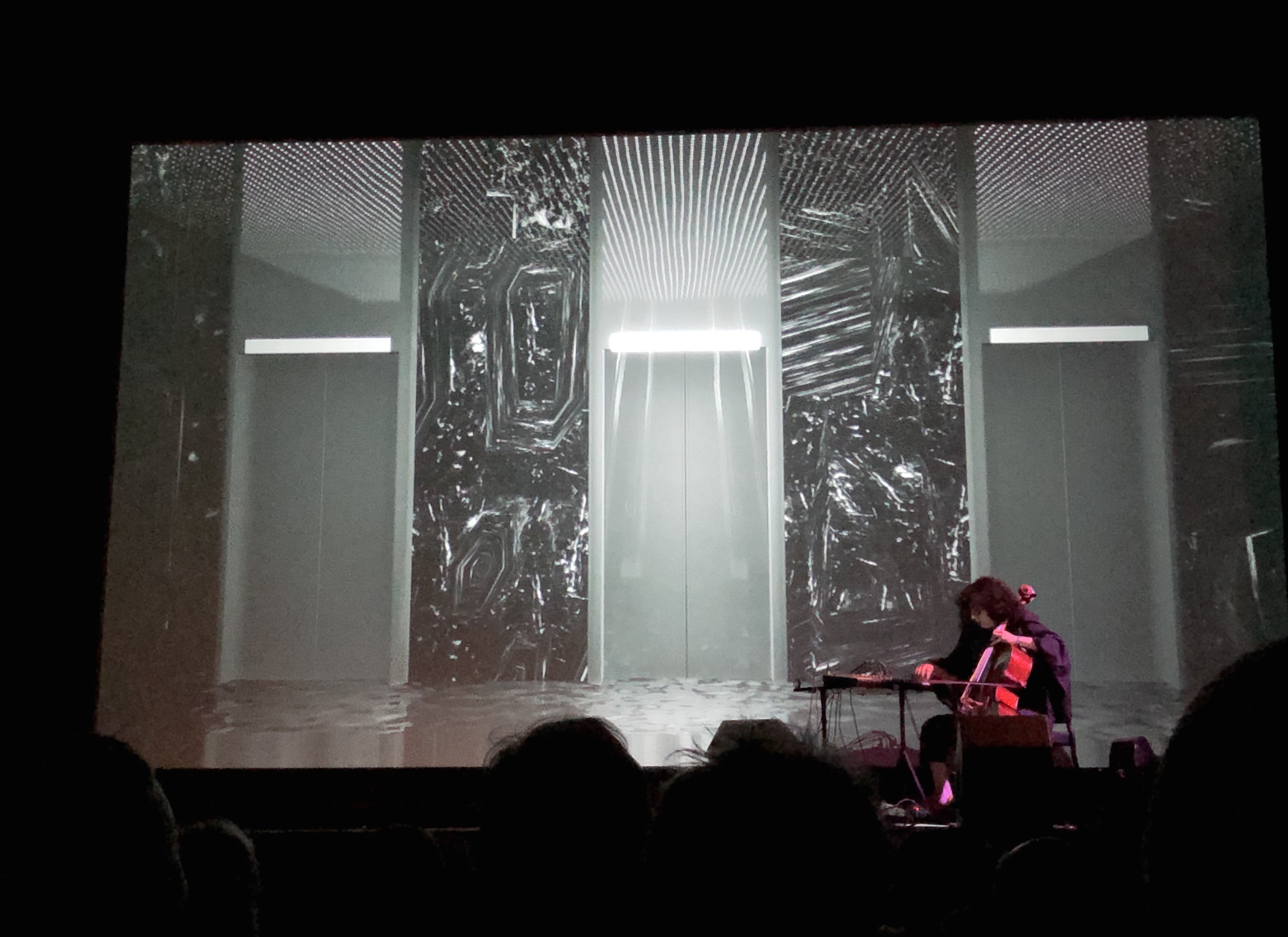 Clarice Jensen at the Bijou Theatre. Photo by Bobby Power. 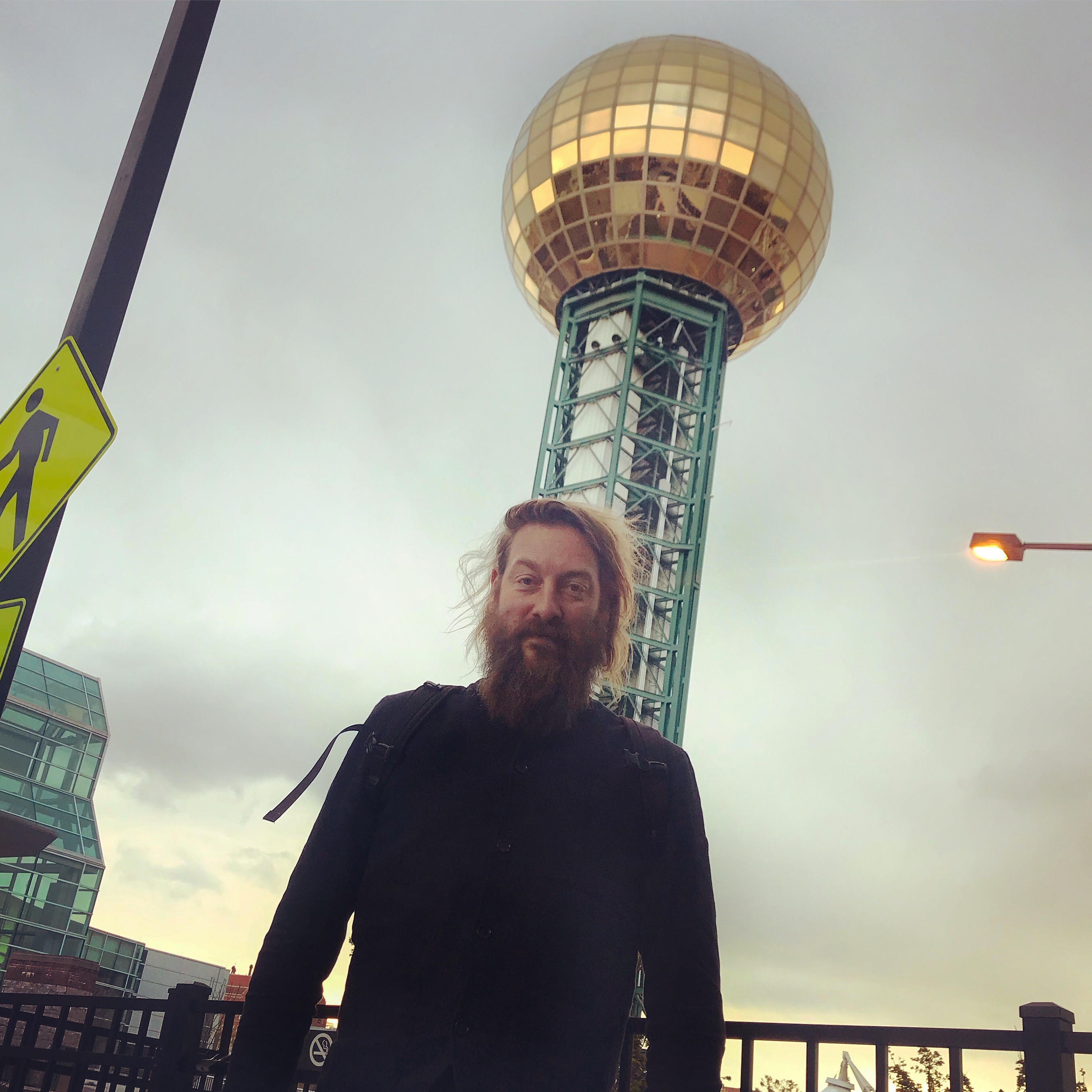 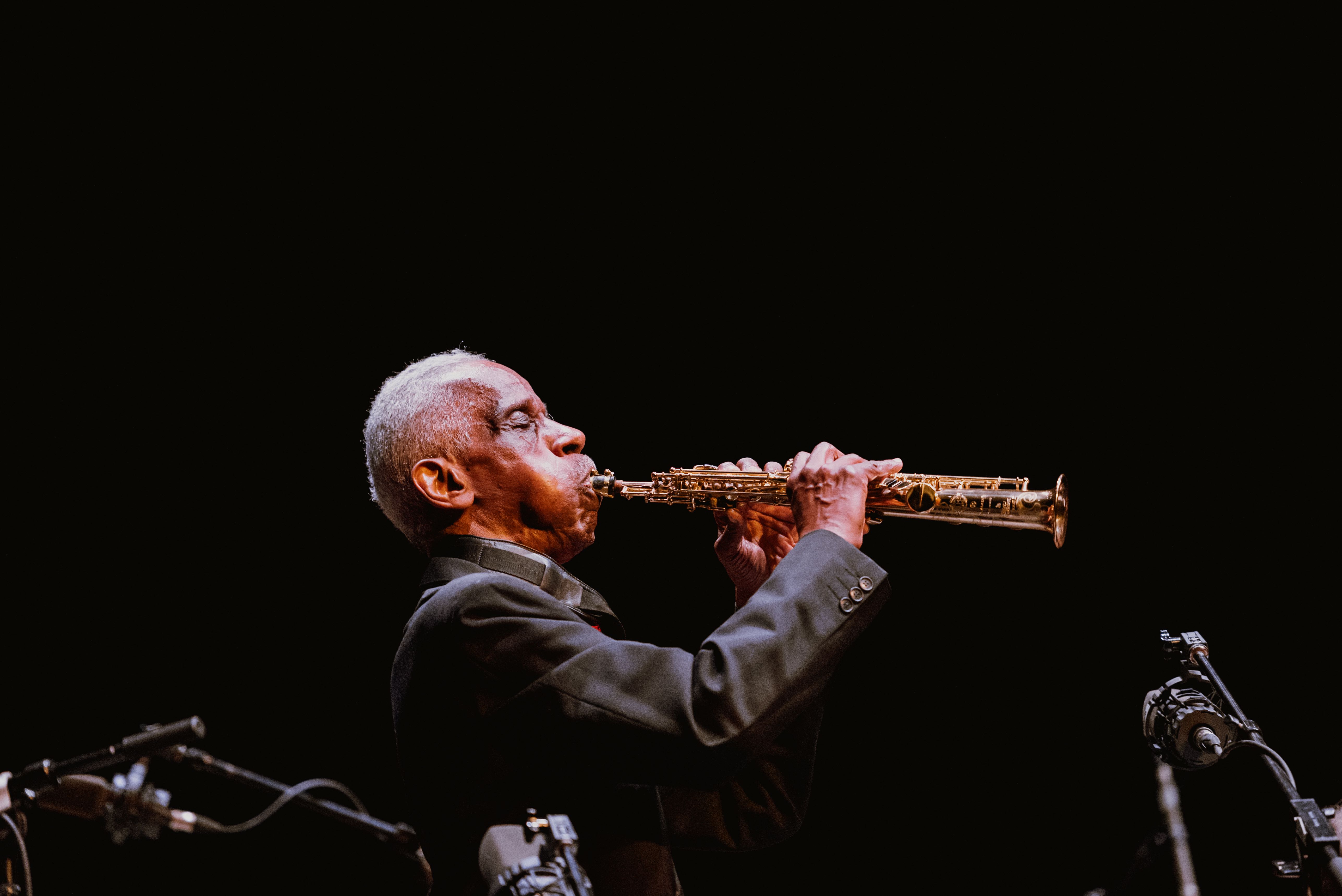 Roscoe Mitchell of the Art Ensemble of Chicago. Photo by Nathan Zucker. 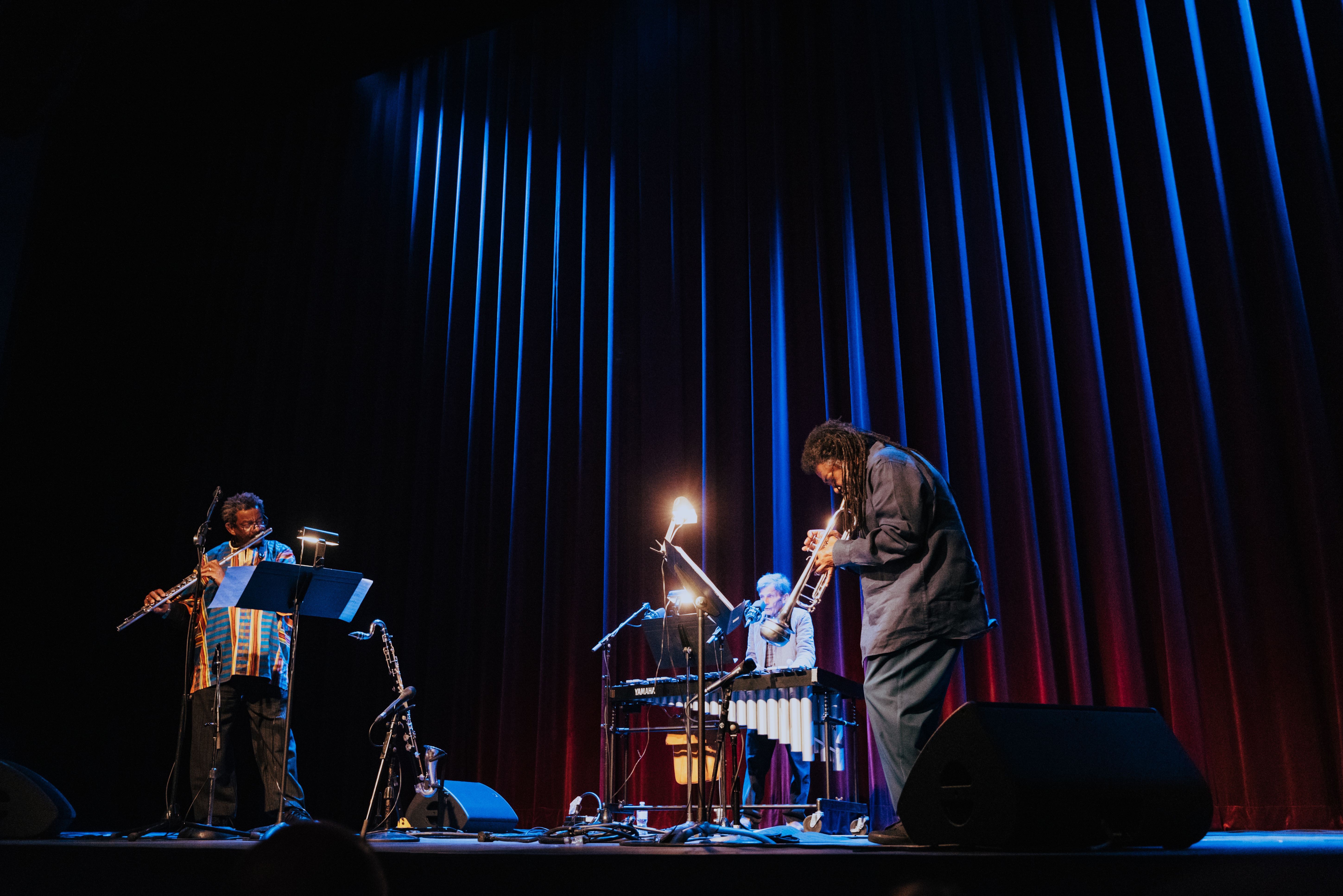 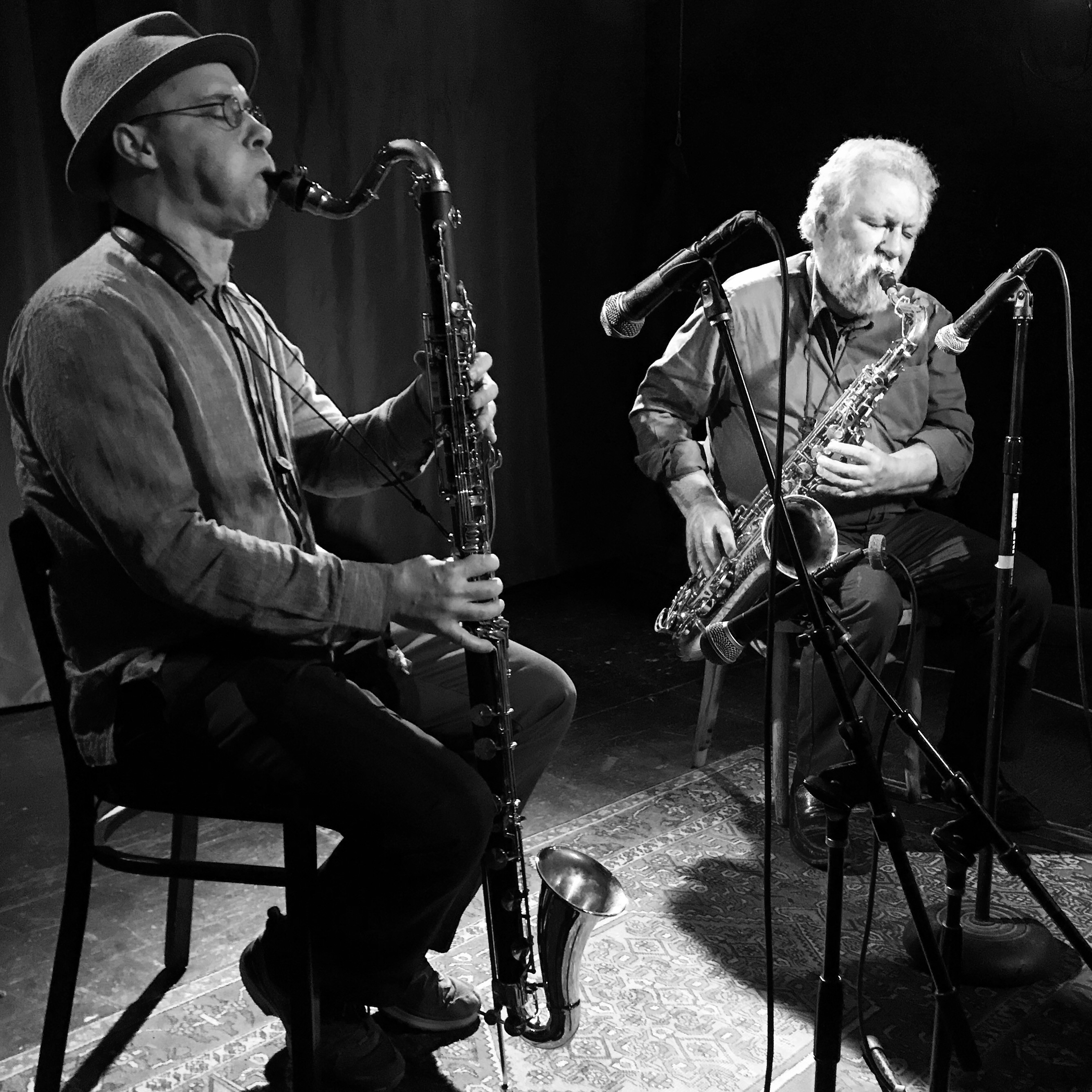 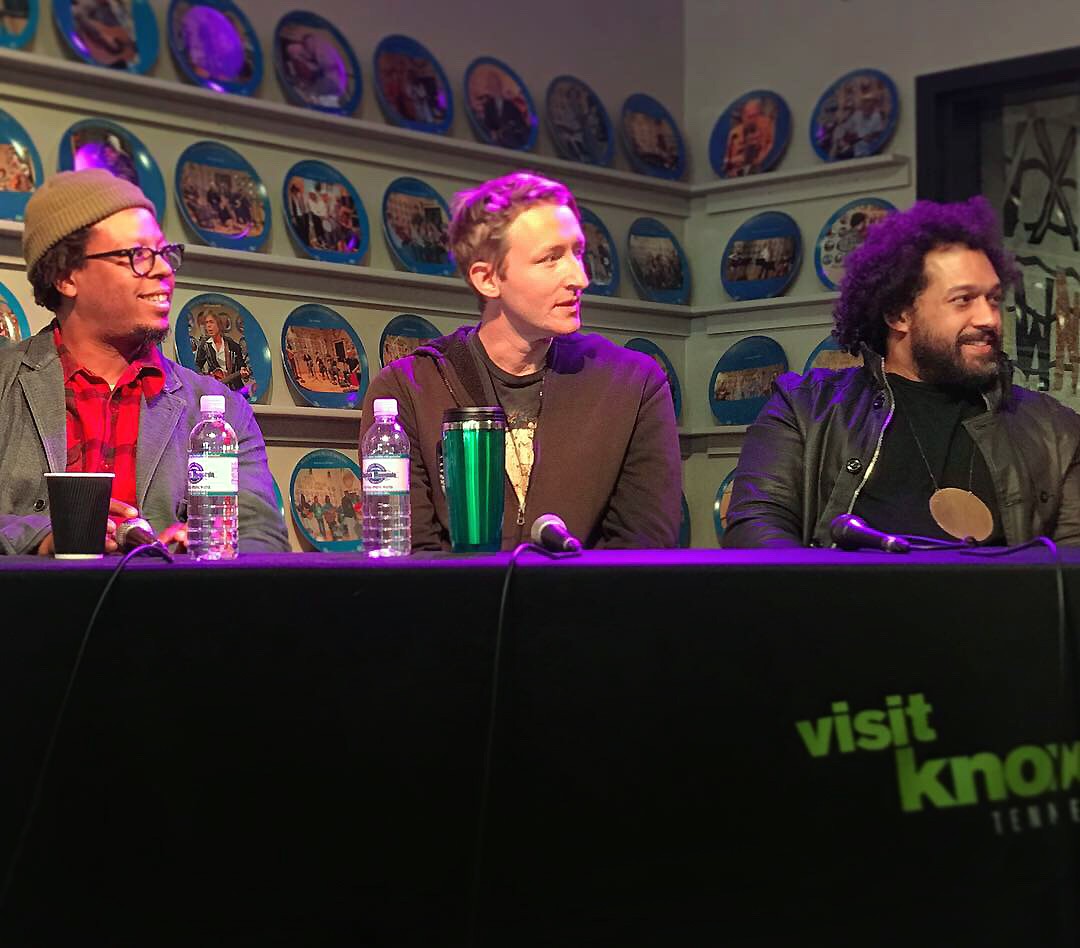 Jeff Parker of Tortoise (from left), Shane Parish of Ahleuchatistas, and Makaya McCraven at the International Anthem panel on redefining progressive music. Photo by Chad Radford. 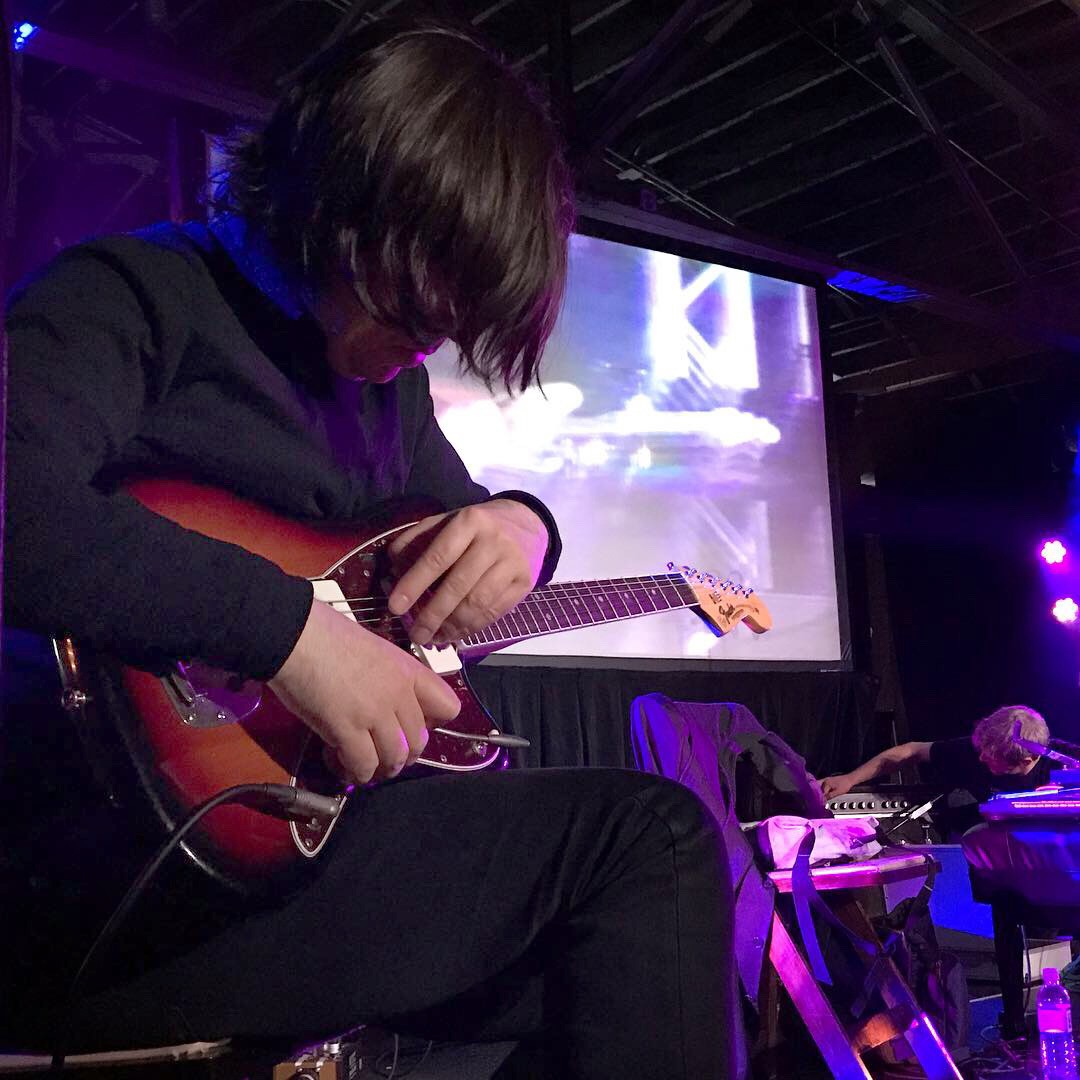 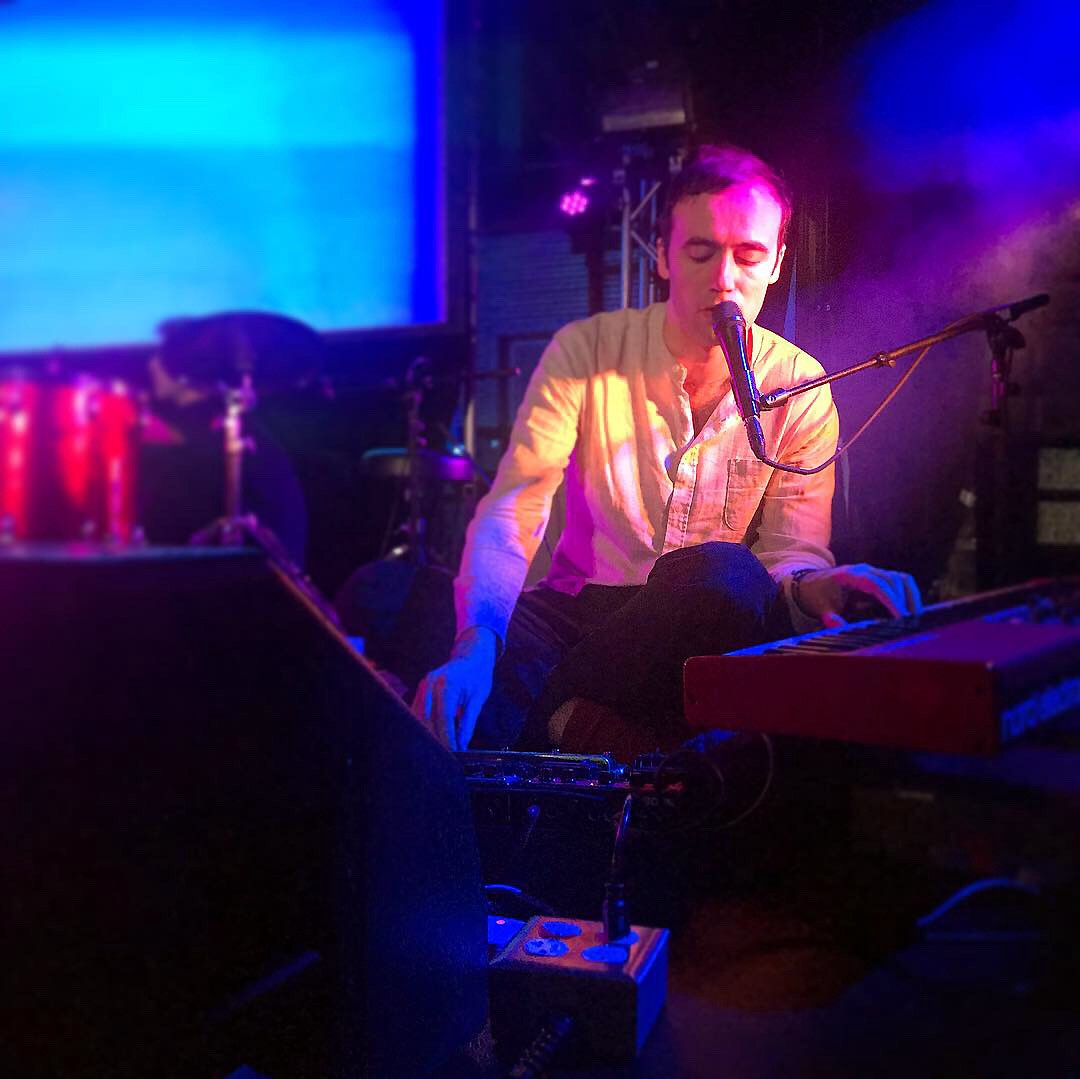 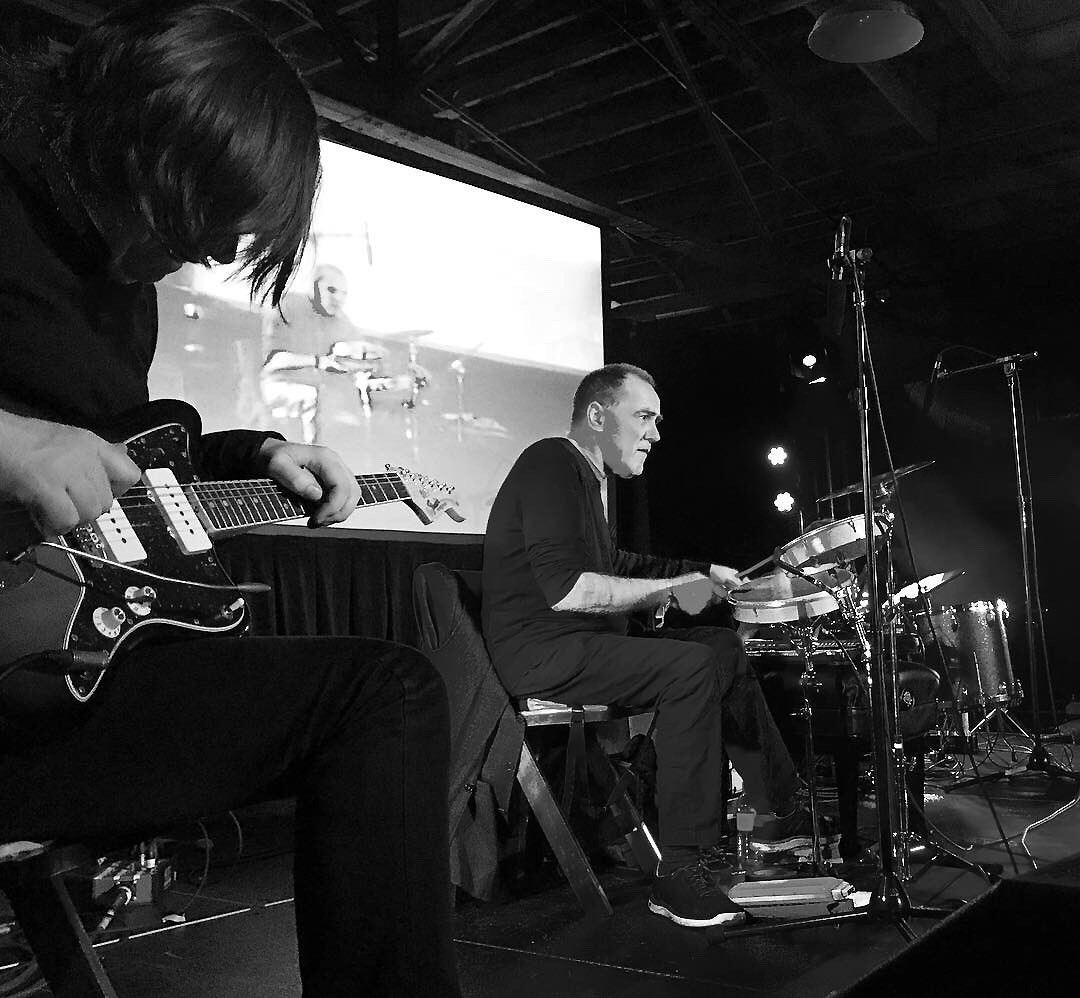 This Is Not This Heat closing out the 12-hour drone show at the Standard. Photo by Chad Radford.
Previous Next