‘Bellydancing on Wounds’ a deeply moving and intimate debut album 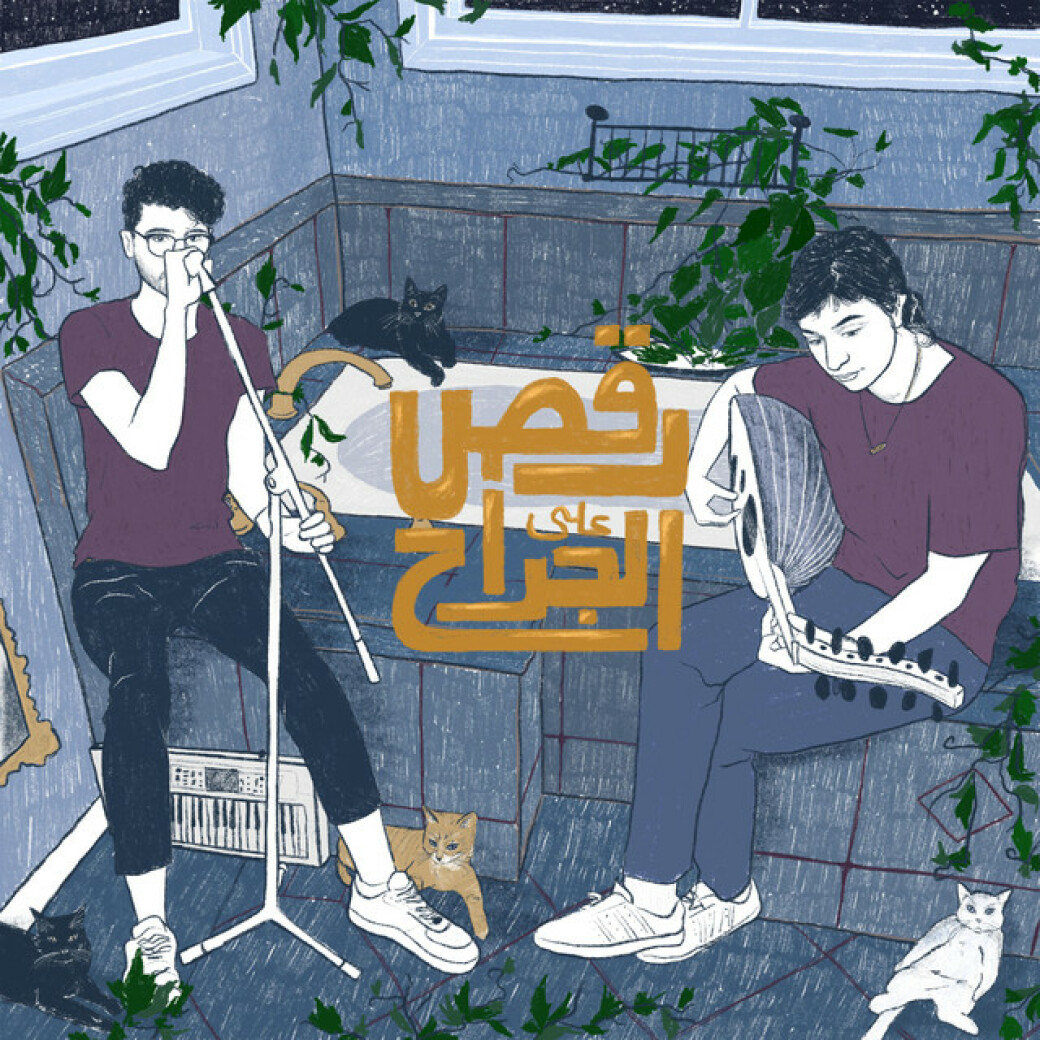 On their debut album Bellydancing on Wounds (Rosewater Records), Palestinian poet Mohammed El-Kurd and musician Clarissa Bitar navigate a staggering range of issues concerning mental illness, growing up under Israeli Military occupation. They also explore the lasting effects of childhood trauma with a precocity and finesse that is as heart warming as it is disarming. There is a duality to the album, one that feels as intimate as a meal between friends and as expansive as the rolling hills and valleys of the Palestinian landscape from which El-kurd hails. On the album’s opening track, “This Is Why We Dance,” he admits, “Home, in my memory, is a green worn out couch.” Backed by the entrancing oud playing of Bitar, El-Kurd invites listeners to imagine the home of his youth, a Palestine 20 years younger than it is today, but no less teeming with happiness and sorrow. The album is an impressive construction of sharp poetic lyricism couched in catchy percussive rhythms and somber oud melodies. Bellydancing On Wounds elicits as much joy as it does mourning, hence the album’s title. El-Kurd describes his lived Palestinian experience with the acuity and emotional heft of someone far beyond his years. Each verse that he evokes lands with a deeply resonating impact, leaving in their aftermath a devastating portrait of trauma and celebration — an unceasing effort to find dignity and strength in a fundamentally unjust terrain. On “My Nakba Birthday,” El-Kurd portrays the history of Palestine under Israeli occupation as essentially inseparable from his own. Lyrics such as, “I was born amongst poetry/ on the 50th anniversary / the liberation chants outside the hospital room/ told my mother to push,” equate his own birth, a struggle for life in itself, with the commemorative endeavors of his people as they remember the 1948 Palestinian exodus. In doing so, El-Kurd situates himself as an important voice for his people and an equally impressive poetic talent. ★★★★☆