The late guitarist had ‘the right stuff’ 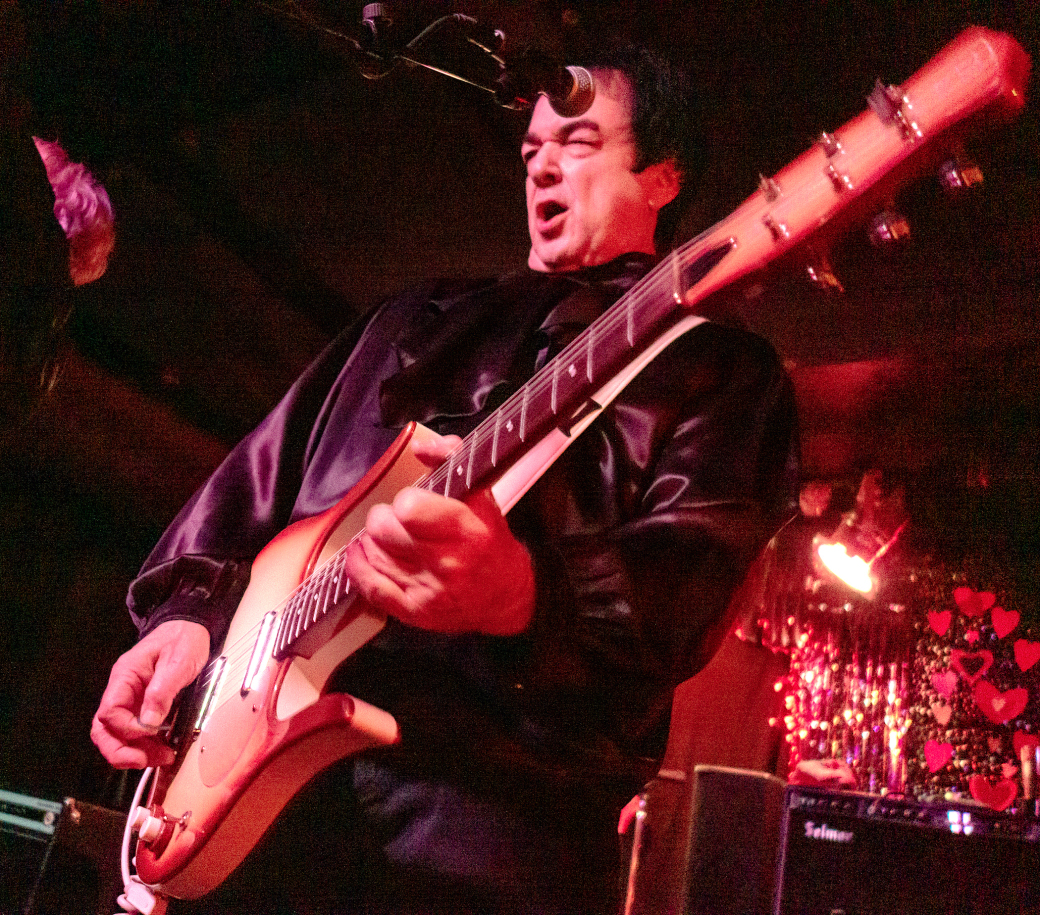 Jeff Walls passed away about the same time this piece was first being written. Working on the upcoming edition of Creative Loafing’s Music Issue, I remembered what the guitarist for Guadalcanal Diary, Hillbilly Frankenstein, Blasting Cap, and The Woggles told me last year when we were discussing a then-just released Guadalcanal Diary live album. I thought his words rang true then and now, as good advice for any musician reading the issue, whether just starting out, or still playing the road that goes on forever.

I was struck by the sacrifices many local musicians make when first starting out, in order to create their art on their own terms, and thought about how Walls had done the same when he, Murray Attaway, Rhett Crowe, and John Poe first formed Guadalcanal Diary. They made the same sacrifices every musician wanting to be in a rock ’n’ roll band makes.

There are the obvious. Playing Tuesday nights at an empty club for no money, at least, not enough to cover the gas it took to get to the gig. Being late with rent (again). Choosing between creating music that expresses your inner feelings and playing songs that will get you booked into clubs that might pay you a decent wage, but never what you’re worth. Traveling long hours and too many miles to an out-of-town gig only to find out the promoter cancelled the show because of lack of ticket sales — and everyone in the van is hungry and tired. Getting the van stolen — with or without your gear in it.

Then there’s the not-so-obvious. Loss of benefits from what some would deem a “real” job: No taxes withheld on a regular basis. No health insurance. No retirement fund. All things of seemingly no consequence when you’re young, invincible, and ready to take on the world. But, if you’re lucky enough and determined enough to play music well past your 20s, into middle age and later, those things begin to add up. If you encounter a health crisis, you’re fucked.

But you keep on. You persist.

Walls not only learned how to live with the shortfalls of being a musician, he was able to overcome them, as well, leading a full, fruitful life, married, with children and grandchildren, family that was with him the afternoon he died at Duke University Hospital in Durham, North Carolina. Diagnosed with  “an extremely rare form of pulmonary hypertension know as PVOD: Pulmonary Veno-Occlusive Disease, one so rare that it only affects one to two people out of ten million. It is caused by progressive blockages of the small capillaries in the lungs. This causes the heart to have to work harder, until eventual heart failure. There is no known cure or treatment,” other than possibly a double lung transplant, for which Walls was waiting.

With friends rallying to support him through a GoFundMe page, a series of benefit concerts, and other fundraising activities, I thought the Music Issue would be a good time to publish the unique perspective the Marietta native offered on what he learned being in bands, staying the course, and continuing to play long after others might have chosen to hang up the guitar and spend more time at home.

Though sage advice, what he learned in three decades of playing music was not included in the original article focused on the release of At your Birthday Party. His answer was forthright.

“The biggest lesson I learned was to follow my own muse and not take any bullshit off anybody,” the musician/producer told me. “I’ve never had any luck trying to second-guess public taste. The best work I’ve ever done, the only stuff that ever made much of an impression on anybody was the result of me trying to impress myself and no one else.

“I wouldn’t recognize a ‘hit’ if it walked up and bit me on the ass,” he continued, “But the music biz is full of self-appointed experts who think they have the magical ability to hear a hit 100 percent of the time. But because they aren’t creative visionaries, they can only relate to what sounds vaguely like a hit that they have already heard. If they could spot a hit every time, wouldn’t it stand to reason that everything they released would be a hit? It is important to remember that for every hit song, there was always some big-wig in charge who wanted to quash it. And for every horrible song that you can name, there was some idiot up the chain who was convinced it was a sure-fire hit. One should never underestimate the short-sighted fallacy of human thinking, especially when it comes down from people in high positions.

“The Woggles had an extremely strong work ethic when I joined the band as a card-carrying Woggle in 2003 (I had produced the bulk of The Woggles’ recordings beginning with their first single in 1990). But before I joined, they carried forth around the world in a ragtag operation, sleeping on floors, traveling in vans with no AC, and frequently resorting to using substitutes when a member’s personal commitments kept them from being able to make the gig.

“After eight years of touring worldwide with Guadalcanal Diary on a bigger level than The Woggles have ever done, Guadalcanal eventually arrived at a fairly civilized way of coping with the hardships of touring. I would like to think that my experience with touring has helped make life on the road a less stressful experience for The Woggles. I think that my influence has contributed to Woggles’ tours becoming more focused, streamlined operations. At the very least, since I joined, the audience could count on seeing the same four Woggles perform at every show.

“I also learned how important is to keep the label politics and music biz at arm’s distance. The Woggles are in the enviable position of being able to do exactly what we want to do. We are lucky to have very little outside interference, which allows us to focus on what we like about playing music for people. There is no pressure, no sense of being on a treadmill that is constantly in danger of spinning out of control. No one has any expectations of ever ‘making it big’; no one entertains any delusions of stardom. We do what we do only because we love it.”

Perhaps it’s the love Walls — also known as “Flesh Hammer,” his stage name in The Woggles — exuded onstage no matter who he played with that has caused such an outpouring of kindness from the friends, fans, and complete strangers who’ve pledged money on his GoFundMe page since his hospitalization over a month ago. According to Murray Attaway, Walls’ former Guadalcanal Diary bandmate and longtime friend, the response has been “overwhelming.”

Along with proceeds from the two “See My Friends” benefit concerts, now memorial concerts for the late guitarist, scheduled for June 7 at the Foundry in Athens and June 23 at the Earl, and the selling of “Flesh Hammer Strong” stickers, Attaway hopes a respectable dent will be made in the medical bills Walls incurred. Other benefits already planned, such as the “Night of Cocktails & Comedy” June 26 at the Old Fourth Ward Distillery, will continue to take place.

Once Attaway posted on his Facebook page Walls had passed, tributes from those the Athens musician knew or who he touched through his music began to fill the social media site. Those of us at Creative Loafing join them in extending our condolences to his wife Phyllis, his family, those he shared a stage with and those he guided in the studio. Everyone has a story about Jeff Walls. And they all have  something good to say about him. He was kind, considerate, funny, erudite. Everything you could ask for in a husband, father, friend and bandmate.

Who could ask for anything more?