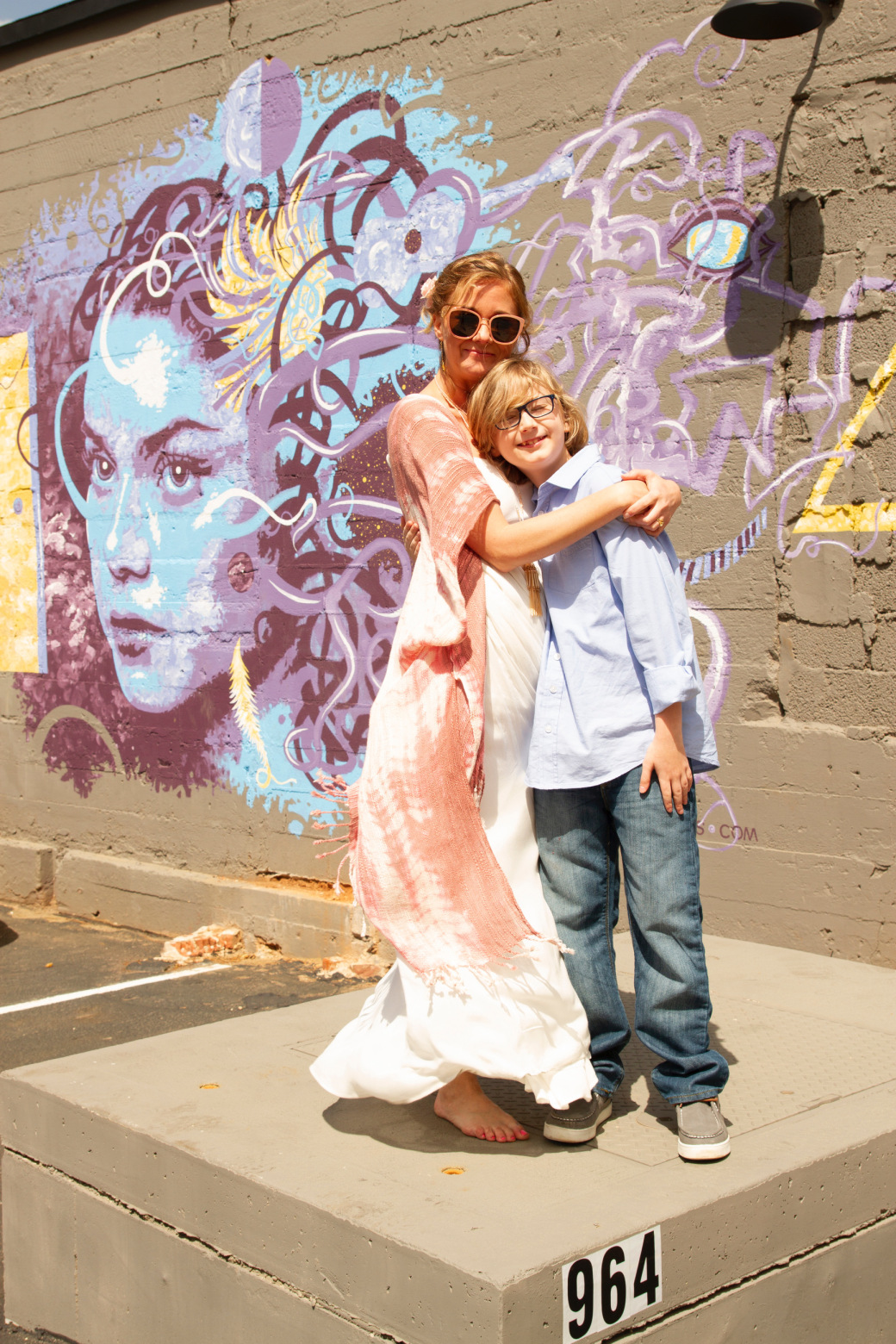 Enter Gypsy Rose, the new OTP music club located in downtown Roswell, and it’s like stepping back in time to your best friend’s basement from the 1960s. Instead of shag carpeting or schlocky wall paneling, there’s a bar that runs the length of the room adorned with vibrant artwork featuring musical icons from the ’60s. Wall posters of Mick Jagger, Elton John, and David Bowie along with a wraparound couch and stuffed ottomans in one corner add to the cozy atmosphere, making this somewhat retro space warm and inviting. All that’s missing are the lava lamps, but they’re probably coming soon.

That is precisely the vibe owner Brittany Mullins aims to create for the sole, music-only (no food) venue just off the popular Canton Street strip of upscale restaurants, art galleries, and small businesses. Mullins, who was born in Sandy Springs, moved to Roswell about a year and a half ago after ping-ponging around the Atlanta area working at various jobs from interior designer to running an art gallery. “I just loved the community feel,” Mullins says when asked why she relocated. “I’ve always been attracted to little community areas like Decatur, Athens, Virginia-Highlands.”

Mullins soon realized there was no club dedicated exclusively to supporting live and mostly original music in Roswell. She found the perfect spot by chance when she passed by the building that housed the Classy Clutter antiques store, which was moving. “It was close to the historic district with a parking lot … That’s my venue!”

She rented the century-old space and found financial backing. “People came out of the woodwork asking to invest, which was crazy,” she says.

Before opening for business, Mullins used the funds she raised for a full remodel. After a few construction setbacks, many due to structural improvements stemming from the building’s age, Gypsy Rose — named after the famous stripper, Gypsy Rose Lee — officially opened on March 9. It’s an intimate, charming place that, with its outside deck, has the capacity to hold about 180 people. The boxy edifice has been enhanced by a sweeping, eye-catching mural, easily seen by traffic on the busy stretch of Alpharetta Highway it faces, and ai slogan below the club’s logo reads “Where Music Lives.”

Mullins’ has a defined vision for the acts she presents. “I want to support the local (Athens, Atlanta, OTP) scene on Wednesday and Thursday nights,” she says. “On Friday and Saturday nights I’m looking to book slightly larger, better-known original acts and some tribute bands.”

As for genres, Mullins prefers a diverse but unmistakably rootsy blend of Americana, Southern rock, bluegrass, singer/songwriter, reggae, funk, and New Orleans brass. Off the table are EDM and metal, although she’s open to hip-hop.

And blues is very much in the mix. The Atlanta Blues Society has already held their monthly May meeting there. Gypsy Rose can also fill the gap created by the demise of Darwin’s (see below). Mullins has augmented the club’s music programming by scheduling yoga sessions every Monday and Tuesday evening, partnering with From the Earth Brewing Company for “beer dinners,” and hosting meet-and-greets with musicians prior to shows. Gypsy Rose is also a major player in the recently revived Roswell Music Festival, coming up June 27-30.

Mullins is gamely navigating the knotty terrain new venues face such as staffing, parking, dealing with permits, etc. But her contagious enthusiasm, sure sense of style, and eclectic musical direction have already resulted in some sold-out shows. Gypsy Rose, which fills the need for a dedicated music stage in the booming Roswell area, already feels like home. (More details are available at www.gypsyrosemusic.squarespace.com.)

It has been a long, strange trip, but the OTP’s long-standing blues/roots hangout Darwin’s, active since 1995, has shuttered its doors, likely forever. The winner of the prestigious Keeping the Blues Alive award as recently as 2016, Darwin’s couldn’t regain its footing after relocating from Marietta to Sandy Springs in January 2017. It’s never a good day when any blues joint closes, but since Darwin’s was one of the only places outside the perimeter to find national blues acts, the sting hurts even worse. As the cliché goes, it’s the end of an era.

Thurs., June 6
— Matt Anderson, Erin Costello, Eddie’s Attic. The Canadian blues singer-songwriter has been releasing solid if under-the-radar albums for over a decade. Better known in his home country than in the U.S., Anderson will feature music from his new Halfway Home by Morning release, arguably the most soulful set of his career.

Sun., June 9
— Caroline Spence, Eddie’s Attic. Spence has a beautifully mellifluous voice, writes lyrically complex songs, and her newly released third album, Mint Condition, is her best, so what’s not to love about this captivating singer-songwriter?

— Urban Shakedancers Reunion, Vista Room. They call their dance floor-ready music “hopped-up rocked-out blues,” and although they used to play locally a few times a week back in the ’90s, they are now down to the occasional reunion show. Even with a few more gray hairs, they still live up to their shake-dancing moniker.

Sun., June 16
— Rod Melancon, Eddie’s Attic. Singer-songwriter Melancon titled his previous album Southern Gothic, which is as good a description of his moody, swamp-infested sound as any. Tough, tensile, and rugged blues-based Americana at its finest.

Tues., June 18
— Rickie Lee Jones, City Winery. The diverse and unpredictable veteran singer-songwriter has always added jazz, blues, and folk to her eclectic sound, and this intimate venue is the perfect place to experience it. Jones will feature music from her latest covers album Kicks, where she interprets material associated with Bad Company, Dean Martin, Benny Goodman, Skeeter Davis, and more.

Wed., June 19
— Jimmie Vaughan, City Winery. Texas blues veteran Vaughan is nearly as iconic as his more famous brother Stevie Ray, and has been playing professionally since his days in the legendary Fabulous Thunderbirds — nearly four decades ago. For this show Vaughan shows off songs from his new release, Baby, Please Come Home, his first studio set since 2011. Lone Star State blues don’t get more authentic than this.

Fri., June 21
— Junior Brown, City Winery. Brown’s baritone voice and custom double-necked lap-steel/Telecaster whips up the high-octane honky-tonk, and sounds like nothing else. It’s a shtick, but it’s a good one, and he’s always entertaining.

Sat., June 22
— The Robert Cray Band & Marc Cohn feat. the Blind Boys of Alabama and Shemekia Copeland, Frederick Brown Amphitheater (Peachtree City). What a lineup! Soul-blues veteran Cray is joined by gospel icons the Blind Boys, singer-songwriter Copeland, and Mr. “Walking in Memphis” himself, along for the ride. A diverse and enticing show, especially if they share the stage.

Fri., June 28
— Drivin N Cryin, Center Stage. Think they’re old and tired because the redoubtable DNC have been grinding out their idiosyncratic Southern alternative rock songs for over 35 years? Think again. Recent concerts display a renewed, vigorous attack, and the band has a new album, Live the Love Beautiful — their first original material since 2009 — that’s a more than worthy addition to their legacy. 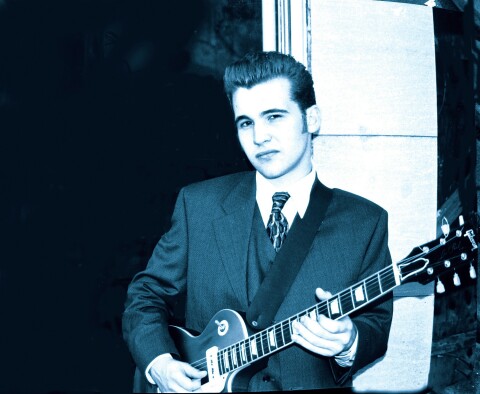 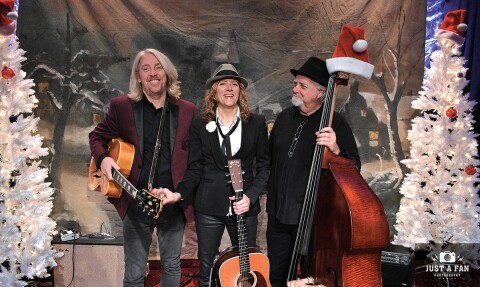 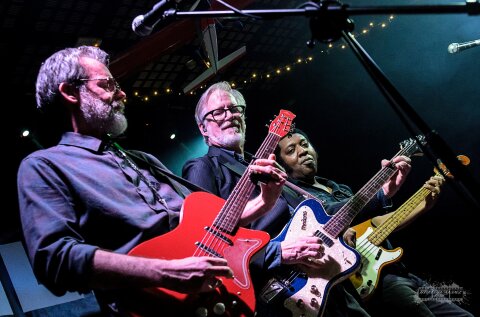 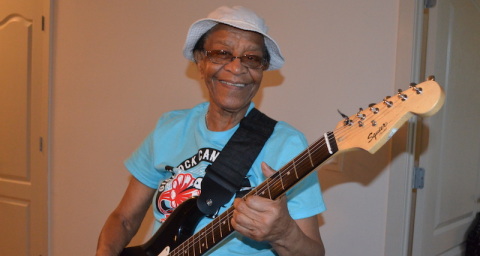 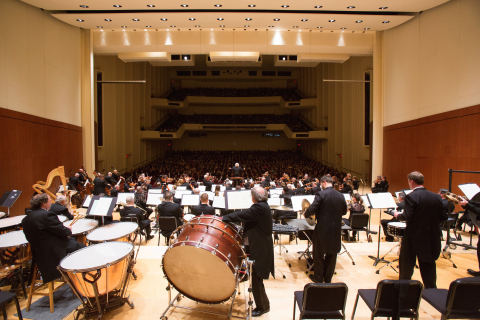 BLUES & BEYOND: Symphony for the Devil Article