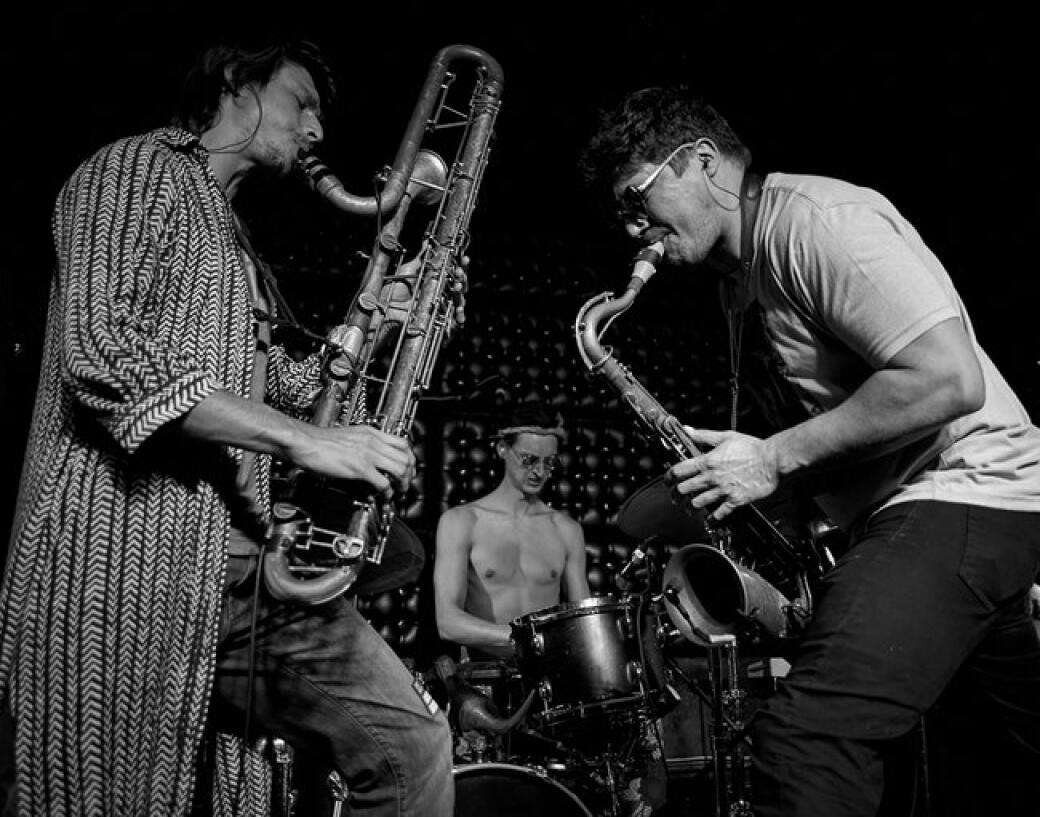 Fri., June 21
— Peach Fest at the Drunken Unicorn
Is there a better way to get to know the city than through its burgeoning musical acts? This showcase at the Drunken Unicorn features a stacked line-up of Atlanta’s up-and-coming indie groups worth keeping tabs on. Lowertown, a folksy, indie band with airy vocals and upbeat guitar riffs, headlines and is joined by CLOUDLAND, Cougar Sweat, Whereischo, and James Tyler Wallace. $12. 9 p.m

— Sparrows, the Drowned God, Hands In The Sky, and Yu Corean at the Masquerade (Purgatory)
Sparrows is a four-piece post-hardcore band from Ottawa, Ontario leading a lineup of loud and emotionally wrought post-hardcore. The group’s latest album, Failed Gods is out August 23. $10. 7 p.m.

— Big Bugs at Fernbank Museum
We’re going to need a bigger bug-net. “Big Bugs,” the newest exhibit at Fernbank, features giant wooden sculptures made from recycled materials, to exemplify insect’s crucial role in our ecosystem. This event features some of your favorite critters like ants, praying mantis, daddy long legs, dragonflies, and more. Take a relaxing stroll through the Wildwoods, and experience these wonders of the insect world. Price included with museum admission.

Sat., June 22
— Moon Hooch and Nathan-Paul & the Admirables at Terminal West
Moon Hooch has been around since 2010. Saxophonist Wenzl McGowen, saxophonist Mike Wilbur, and drummer James Muschler were students at the New School for Jazz and Contemporary Music. They honed their aggressive blend of saxophone and percussion-based pop jazz that’s dubbed “cave music” while busking in Brooklyn subway stations. Their most recent single, titled “Rise,” features rap verses via Tonio Sagan (Carl Sagan’s grandson). Their live show is going to be a full-throttle skronk fest — a lot of in-the-moment music with familiar signposts from their entire catalog, touching on everything from 2017’s Live At Cathedral, 2018’s Cave Sessions, and the Light It Up EP. $15-$18. 8 p.m.

— Callous Daoboys, Gillian Carter, Shin Guard, 10th Row, For Your Health, and Apostle at the Bakery
Face of Knives and Scramcave present a rowdy night of throwdowns, southern hardcore, and emo music for all to enjoy. Marietta natives Apostle celebrate the release of their new LP, “Sufferer,” and hometown hardcore heroes The Callous Daoboys will be performing cuts off their new album “Die on Mars.” $8-$10 (suggested). 8 p.m.

— Freaknik Festival 2019 at Lakewood Amphitheater
Freaknik: A name that lives in infamy! The infamous former spring-break gathering for Atlanta’s black college circuit is now the stuff of legend. The annual blowout has been the subject of good clean fun vs. Sodom and Gomorrah-style debauchery ever since its mid-to-late ’90s heyday and ultimate cancelation around the turn of the millennium. Two decades later, Freaknik returns in the form of a one-day only event at Lakewood Amphitheatre. Artists performing include Uncle Luke, Project Pat, Da Brat, Foxy Brown, Bun B, Lil Scrappy, Twista, Pastor Troy, Adina Howard, and more. Word originally spread that this summer’s festivities would be a family-friendly affair, but it has been confirmed to be only welcomed to adults 18+. $35-$166. 1 p.m.

— Sound Bath Meditation at the Bakery
Artist and Spiritual Coach Vinisha Rumph hosts a healing and immersive sound bath — a relaxing opportunity to meditate on the present and prepare for a busy week ahead, while being immersed in the dulcet tones of singing bowls, elemental chimes, flutes, drums and other native instruments. Don’t forget to wash behind your ears! $10-$15 (suggested). 6 p.m.

— Stand Up for the Hooch at Morgan Falls Overlook Park
This weekend, right outside the perimeter, is High Country Outfitters’ annual Stand Up for the Hooch Paddleboard Race, offering the chance to race down the Chattahoochee on discounted paddle board rentals in either the short race (2 miles) or long race (6 miles). Bring your sense of adventure and sunscreen for a day full of fun on the river and Sweetwater afterparty High Country Outfitters. All ages and experience levels are welcome (yes, there are pros at this) and kids and spectators are free! $45. 7 a.m.