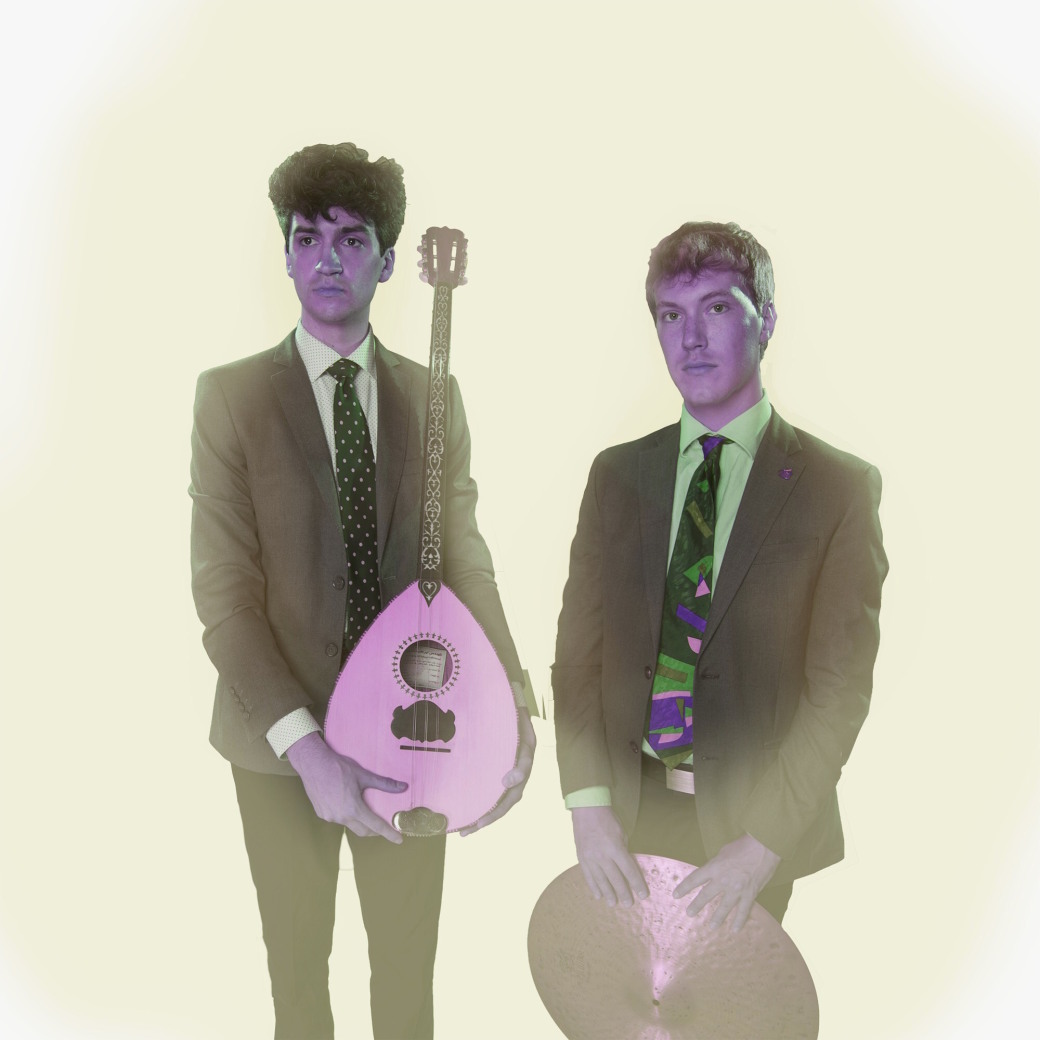 Did someone say Terry Gross? Moloq does, several times, in its new music video homage to the one and only host of NPR’s Fresh Air. Moloq is a two piece band from Atlanta, Georgia, with an impressive setup for their size. Jake Aron is a vocalist and guitarist, while Paul Stevens is a vocalist and drummer— each one swaps out for keyboard and synths responsibilities. While the band typically plays experimental and psychedelic pop music, “Terry!” showcases its propensity for indie rock — and playfulness.

The video is the brainchild of director Andrew Schwab and director of photography Joey Kopanski, who use tools and tropes from the modern era of social media and Gen Z culture to piece together frames of creative ridiculousness. This includes photoshopping a Terry Gross head across the country, meme-style, and relying on randomness to make sense of what unfolds.

“The song is like a seance and summoning of Terry from the radio,” Aron says.

“Terry” comes from the group’s most recent, self-titled album. It’s a sunny, tongue-in-cheek intermission from the gloomy, psychedelic experimentation of the rest of the album, mirroring a similar need in today’s world at large for a break from the gravity of everyday life.

For the band, it’s as simple as a deep affection for Gross.

“Why does anyone write a song of adoration? I love her,” Stevens says.

It’s the authenticity of the song, not the satire, that makes it stand out for Aron as well.

“Paul’s message is so pure and unadulterated,” Aron says. “It’s refreshing to have that in an ecosystem of music largely ironic or aloof. There’s something to be said for just going for it.”

But why Gross? At first, the choice of such a collected character for such a dramatic medium seems curious, but with moderation being the new extreme in American society, it is actually insightful. Moloq seems to be reaching for a source of calm and sanity as much as any of us, and who could fit the role better than this even-keeled NPR host.

For such calm subject matter, though, the antics and style of the video are high energy, creating a complementary contrast that allows the video to be sincere yet lighthearted.

“In the spirit of the song, it felt natural to combine all of these elements into the madness you see in the video,” says Aron.

Aron goes on to talk about the video’s masterpiece, the Gross puppet. “My father-in-law, Terry Rooney, is a sculptor, and studied puppetry and mask-making around the world,” he says. “We actually spent a lot of time on the design, and largely based the look on Bunraku, a tradition of Japanese puppet theatre.”

Moloq brings a sense of freeing playfulness in the “Terry!” video, which, from the melancholy and mystery that can devour psychedelia, serves as a breath of fresh air.