The Riverdale rapper puts an exclamation point on a breakout year 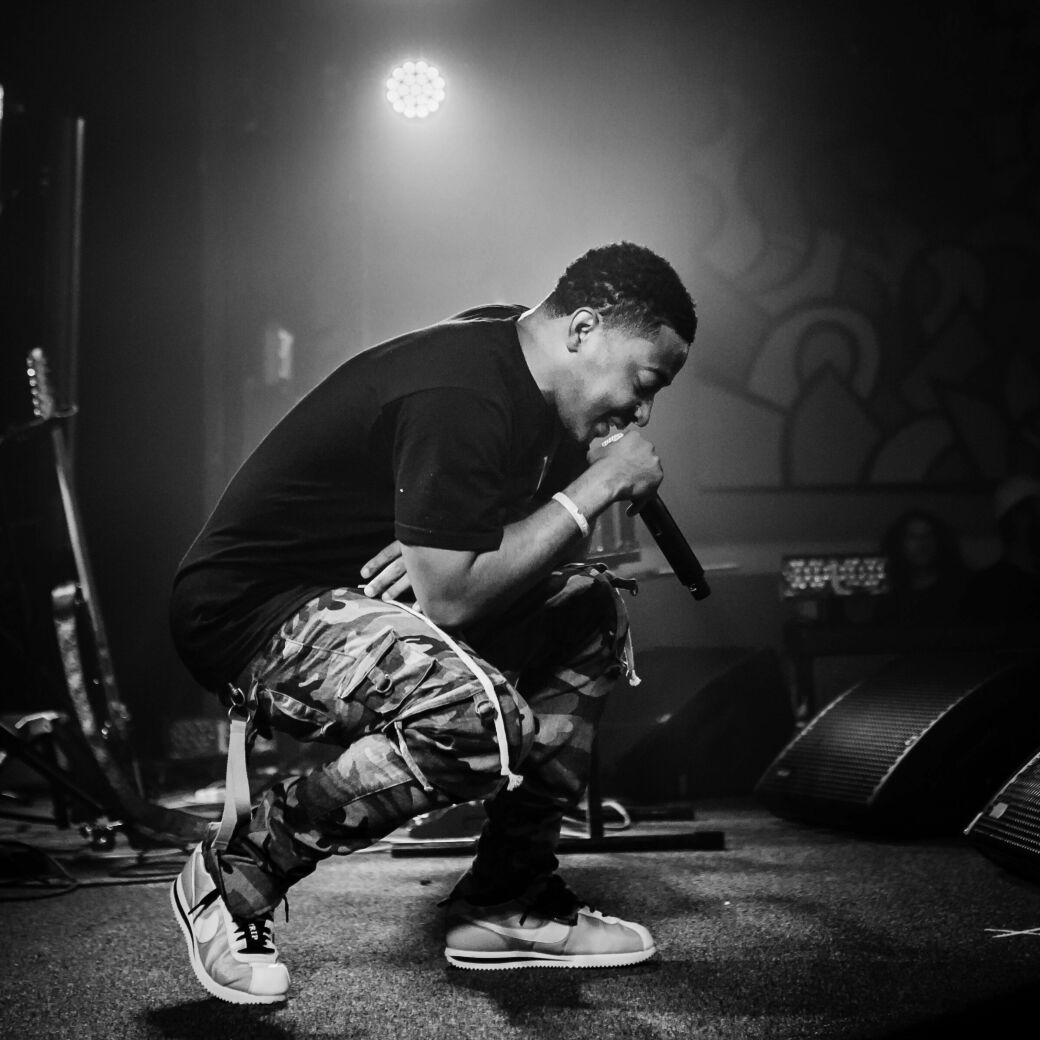 Photo credit: Miguel Padilla
REVENGE OF A DREAMER: Deante’ Hitchcock in the spotlight.
By Joshua Robinson Tuesday September 3, 2019 11:03 am EDT

Overnight success is not a reality for most people. The nonstop grind is a universal experience that connects entertainers, college graduates, and everyone in between. At times jubilant, the path to reaching one’s goals and aspirations also has its rough patches. Many stress the beauty of the come-up, but its countless hurdles are a daunting reality worthy of their own conversation. The monetary droughts, crushing disappointments, and other such potholes make for inspirational stories for some, but they can be dream killers for others. The inescapable truth is that trusting the process is hard as fuck.

On the dawn of his latest album, titled Better, Deante' Hitchcock still relates to that struggle. The 26-year-old rapper behind gems such as "Changed for You" and "No Secret" signed a record deal with RCA in 2017 after his trademark car freestyles connected him to hip-hop legend Mark Pitts. However, his work dates back to 2012 with the release of his first mixtape, 19 Summers. As he continued to grow, Hitchcock went on to drop quality mixtape projects such as Wishful Thinking in 2015 and Good the following year. Unfortunately, Good wasn’t the game-changer he had hoped it would be, but like he says as the beat of the project’s opening track creeps in, “Good things take time.”

Although he wasn’t initially sent an invitation, Hitchcock secured his golden ticket and participated in the famed Dreamville sessions in January, and fresh off of that collaborative experience, he released the punchy Just a Sample 2 in March. The star-studded EP features the likes of Childish Major, Kilo Ali, and H.E.R. and houses the runaway single “Side Nigga Anthem” along with “Feelings,” a revamped version of the song that originally appeared on Good. In support of the record, Hitchcock toured heavily throughout the spring and summer as an opener for stretches of Leikeli47’s “Acrylic Tour” and J.I.D.’s “Catch Me If You Can Tour.”

Mere weeks after returning home from his most recent pilgrimage, his year came full circle. July’s arrival brought with it Revenge of the Dreamers III, the compilation album formed from the 10-night studio stint that Dreamville hosted at the top of the year, and Hitchcock made the cut, landing an acclaimed verse on “PTSD.” With a coveted album placement, a strong solo record, and major touring experience under his belt, 2019 has been nothing short of a breakout year for Hitchcock, and now he prepares for the release of his major label debut, Better.

Already recorded and turned into RCA, Better is the long-awaited sequel to Good and the penultimate installment in his career-spanning Good-Better-Best trilogy. No release date has been revealed, but listeners can anticipate features from 6lack, Young Nudy, and Miguel, as well as a 45-minute runtime. The album is a balanced rap effort that warrants watery eyes and shameless laughs, from odes to the women in his family to jovial chants about extremely aqueous fellatio. Overflowing with transparent lyricism and infectious charisma, Better is an exclamation point on a fantastic year — a defining moment for Hitchcock and proof that there is stock in trusting the process.

“There’s been a lot of change, growth, heartache, shit-talking — basically all the emotions I’ve been through up to this point,” Hitchcock says. “I’ve felt every emotion in the book, but I’ve never been desperate.”

Three years removed from the setbacks of Good, Deante’ Hitchcock’s career has never looked brighter. His decision to realign and refocus rather than surrender provided him with the experiences necessary to achieve the heights that he has this year. So don’t let the ugliness of the come-up detract you from its beauty. It gets better.

Summer is coming to a screeching halt, but here are some hip-hop shows to relish in its last days.