HIGH FREQUENCIES: Why Pigface? Why now? 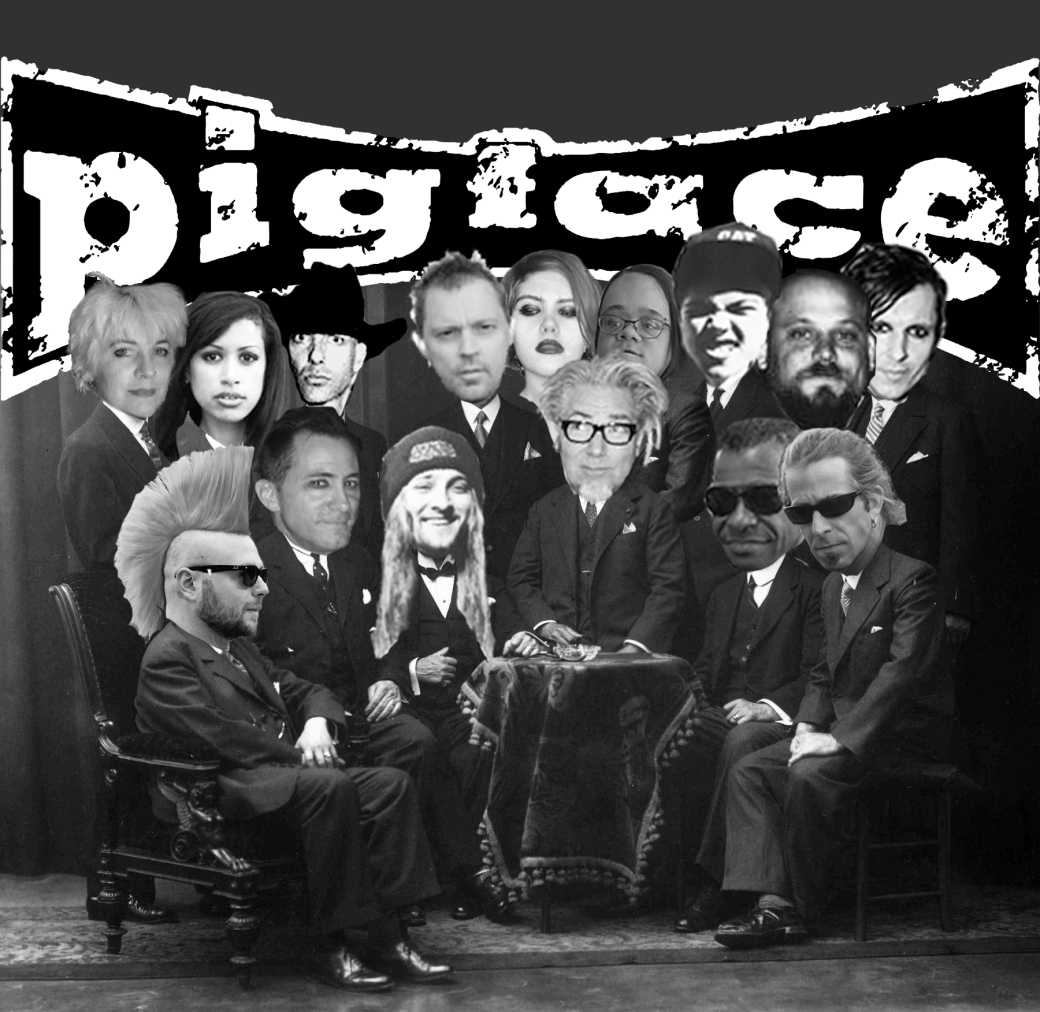 Photo credit: COLLAGE BY PIGFACE
CAST OF CHARACTERS: The many faces of Pigface!
By TONY PARIS Saturday November 2, 2019 01:59 PM EDT

Two simple questions posed to the co-founder of a very complex band. Three years after performing what was to be the band’s final performance culminating a 25th anniversary celebration, Pigface is on the road, returning to Atlanta for a show at Masquerade Friday, November 22.

Martin Atkins (ex-Public Image Ltd, Ministry, Killing Joke, Brian Brain, Murder, Inc., Rx) co-founded the group with William Rieflin after the two had been playing together on the Ministry “A Mind is a Terrible Thing to Taste” tour. They felt that what they and the other like-minded musicians had together far outweighed anything Ministry frontman Al Jourgensen was giving them and kept the party going with a revolving-door of musicians after the tour was over. Indeed, over 130 different musicians have taken the stage as Pigface, with ten of the most constant members on tour for a limited run this month.

In his usual, animated way, Atkins is quick to answer the questions posed to him.

“‘Why Pigface?’ The response to the 25th anniversary show was amazing — it was supposed to be the last, but during rehearsals we all felt it … we all felt that it shouldn’t/couldn’t be the last one! The vibe, the connection was just too strong. Music is weird like that! Then, at the show in 2016, the audience confirmed that feeling — and here we are!”

Atkins is just as excited as he is serious in answering the second question.

“‘Why now?’ Many artists are saying the country is too fucked up to tour right now. I say it is exactly the right time for Pigface. It’s always been a huge family. And, in a climate where many bands are stripping things down to make economic sense — we are beefing things up — more people, more drums, more sweat, and more community! The spectacle and vibe transcend the cost of doing it when you can set peoples heads on fire!

“Some of our fans aren’t doing too good anymore, so we set up a ‘pay-it-forward’ ticket so the ones who are doing well can help out the ones that aren’t. It’s tough - but I can’t believe how many ridiculously awesome people are joining in!”