A selection of what to see in Atlanta this month 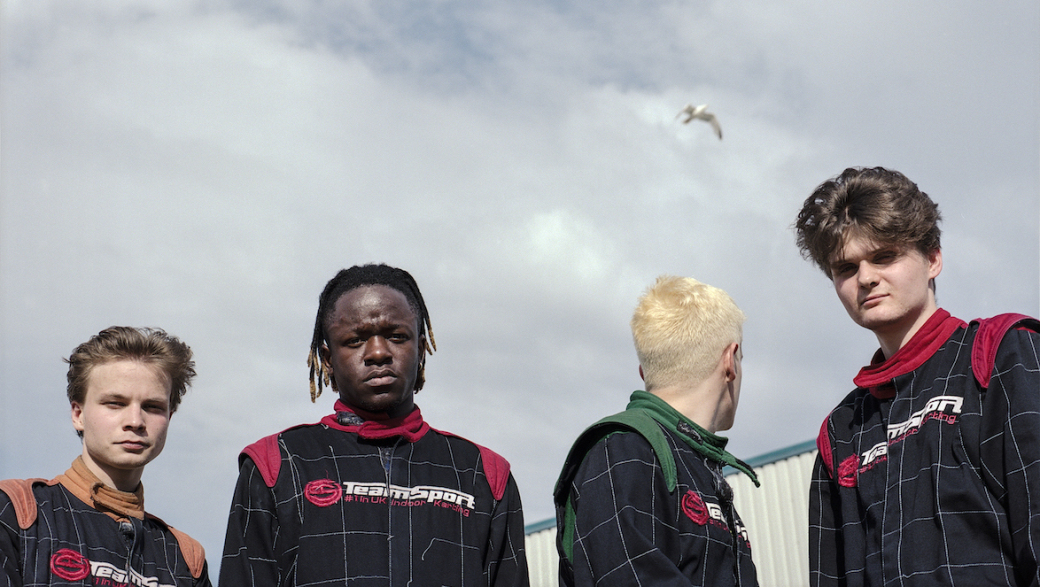 BIG THIEF, PALEHOUND — Variety Playhouse, Thurs. Nov. 7. Based out of Brooklyn, New York, this indie, folk influenced powerhouse quartet first arrived on the scene with their debut album, Masterpiece, which was lauded by audiences and critics alike. With frontwoman, Adrianne Lenker, an accomplished musician in her own right, known for her tender and personal vocals, the band produces lyrically courageous songs that focus on intimate struggles and relationships. This time around, they are promoting the release of their two new sister albums, U.F.O.F. and Two Hands, both released in 2019 and touted as two of the best of the year. $21-$39. 7 p.m. — Leah Schwartz

ALLISON MOORER, KYLE TIBBS JONES — Eddie’s Attic, Fri. Nov. 8. Living a life that mirrors a gothic country song, Moorer has seen some serious ups and downs, and her singing talent has always been her sanctuary. She recently received her MFA in creative writing and has just released Blood: A Memoir, one of the most powerful and soul-baring stories you will ever find. Moorer’s dark family tragedy finally comes out front and center, and she has written an album’s worth of songs about the event and how it impacted both her and her sister Shelby Lynne. The show features a moderated discussion of the book, and an acoustic performance of the songs. Bring hankies. $23-$92. 7 p.m. — James Kelly

LIZARDMEN, BACKYARD BIRDS, CAROLINE & THE RAMBLERS — Star Bar, Sat. Nov. 9. It’s been a while since the original Lizardmen were all in town at the same time, and they are taking advantage of the serendipity to host a big 25th anniversary bash. Decked out in full mod regalia, the Lizardmen were one of the most popular bands to perform at the Star Bar in their heyday — and we’re betting they haven’t lost a step. Filling out the great bill are fellow retro Brit rockers the Backyard Birds and rockabilly twangers Caroline & the Ramblers. NO SMOKING SHOW!!! $10. 9 p.m. — JK

THIS WILL DESTROY YOU, CHRISTOPHER TIGNOR — Masquerade (Hell), Sun. Nov. 10. Are there some themes and motifs that are better communicated without words? Instrumental rock band This Will Destroy You thinks so, and not just because Jeremy Galindo’s vocals can be so bad they’re laughable. The band got their start in San Marcos, Texas, in 2004 and decided on their signature, voiceless direction after a playback comparison of their first recorded track with and without vocals. The latter just felt right. Their music has found a wider audience in the last 15 years, particularly as accompaniment to documentaries, movies, and art installations. Each song brings to mind themes of destiny, nature, and — particularly on their newest records New Others part one and two — emotional turmoil. Join them for a night of introspection on these themes, with guitar riffs that aim at your heart and drums that beat at your soul. $15. 7 p.m. — Narah Landress

THE NEW PORNOGRAPHERS, LADY LAMB — Buckhead Theatre, Tues. Nov. 12.It’s November of 2019, which means we’re about 20 percent of the way through the 21st century. And the best rock band of said century so far is The New Pornographers, the Canadian power-pop collective led by songwriter extraordinaire Carl Newman. The group released its debut album — a sugar rush of controlled chaos called Mass Romantic —- in 2000, and they’ve spent the 19 years since building one of the best catalogs of catchy pop-rock music ever. The most recent entry is this year’s In the Morse Code of Brake Lights, which juxtaposes the inescapable anxiety of our times with upbeat arrangements, memorable melodies, gorgeous vocal harmonies, and an unstoppable army of warmly glowing synthesizers. $35-$45. 8 p.m. — Ben Salmon

CRUMB, DIVINO NIÑO, SHORMEY — Terminal West, Thurs. Nov. 14. Crumb’s languid, jazz-infused psych-rock is not concerned with gravity. Rather, the Brooklyn-based quartet’s music hangs like a haze, colored with woozy synth passages and singer Lila Ramani’s signature dry, yet ethereal delivery. The effect is hypnotic and casts a spell; it comes as no surprise that the group named their debut album Jinx. Crumb’s debut follows two critically-acclaimed EPs — 2016’s Crumb and 2017’s Locket — with which the band molded their magnetic sound. Jinx finds the band exploring the sound they’ve created, doubling down on the introspective qualities of their music and covering new dynamics in their quest to not be discarded as just another psych group. 18+. $18. 8 p.m. — Jake Van Valkenburg

BLACK MIDI, FAT TONY — The Earl, Sat. Nov. 16. The unclassifiable racket of Black Midi’s debut Schlagenheim gives insight as to what the eye of a hurricane might sound like. From the bull-in-a-china-shop opener “953” to the mutant groove of “Ducter,” the band unleashes sheets of noise, skronky guitar riffs, and truly odd vocals that draw together post-punk, math rock, post-hardcore, and free jazz tumult under one umbrella. Since their emergence in the U.K. underground music scene last year, the young quartet has experienced a meteoric rise in hype, some critics even calling them the “best band in London nobody knows about” and the “weirdest buzz band today.” Put simply, Black Midi is fearless. What they are spearheading might just save modern guitar music. 21+. SOLD OUT. 9 p.m. — JVV

THE FLATLANDERS — City Winery, Tues. Nov. 19. If there are three finer fellows in Texas, I would love to meet them. Joe Ely, Jimmie Dale Gilmore, and Butch Hancock form a trinity of excellence in both songwriting and performance. They have been playing since the ’60s, touring together and separately for years, and define the singer/songwriter genre with top quality tunes. Like a fine wine, they seem to only get better with age. An evening with the three of them together is a real treat, filled with humor, craftsmanship, and a sense of pure pleasure only the best of friends can share. $35-$45. 8 p.m. — JK

THE MENZINGERS, TIGERS JAW, CULTURE ABUSE — Masquerade (Heaven), Tues. Nov. 19.The last full-length album from The Menzingers — 2017’s After the Party — is one of the great “Oh no, I’ve grown up. Now what?” records in recent memory. On their follow-up, the Philly rockers get to work answering that question. Hello Exile kicks off with a highly relatable song called “America (You’re Freaking Me Out)” and then continues with 11 tracks of deeply earnest verses and skyscraping choruses about love, loss, heartbreak, new horizons, good old days, unclaimed baggage, and desperate hope for better times ahead. The Menzingers are masters of arena-ready anthems for the middle class. Fans of Bruce Springsteen take note! $20. 7 p.m. — BS

THE PINEAPPLE THIEF — Variety Playhouse, Tues. Nov. 19. While prog rock sometimes (well, a lot of times) gets dissed as overblown theatrical noodling, there is a strong following of folks who still love it. From the first notes of King Crimson’s seminal debut to The Pineapple Thief’s newest album ( Hold Our Fire, Nov. 15), runs a thread of concise musicianship, esoteric and fantastical lyricism, and a complete suspension of reality. The Pineapple Thief is a bit more melodic and diverse than most current bands in the genre, and with virtually no pretentiousness. Well, maybe a little. $25-$49. 8 p.m. — JK

BROCKHAMPTON, SLOWTHAI, 100 GECS — Coca Cola Roxy, Wed. Nov. 20. They call themselves the “world’s greatest boy band,” but last year, BROCKHAMPTON almost fell apart. Following the forced departure of their best rapper, Ameer Vann, who was accused of sexual misconduct, the rap collective took a hiatus to regroup and recenter. In August, the group returned with GINGER, a densely emotional effort that finds the band navigating loss, betrayal, and discovering new ways to rejoice. It’s definitely a recovery album, but still with the same anxious and boisterous swagger paired with beats BROCKHAMPTON’s known for. $43-$75+. 8 p.m. — JVV

PIGFACE — Masquerade (Hell), Fri. Nov. 22. Industrial rock supergroup Pigface formed in 1990 after Ministry’s The Mind is a Terrible Thing to Taste tour, when drummer Martin Atkins decided they should continue to  expand on what Al Jourgensen only hinted at. The revolving door of musicians collaborated with other industrial rockers like Trent Reznor of Nine Inch Nails, who co-wrote and sang “Suck,” a Pigface underground hit. Known to put on performances just as electrifying as their sound, Pigface might include up to 10 musicians on the stage at a time. They are also known to bring up audience members during their encore sets. $29.50. 8 p.m. — LS

OF MONTREAL AT OVER/UNDER MUSIC FEST — Monday Night Brewing Garage, Sat. Nov. 23. — Nudity, a white horse, shimmying and shaking, disco lights — anything is possible with an Of Montreal show, so draw a ticket out of the hat to see what you get! This indie rock band from Athens, GA with a penchant for disco flare, funky vocal enunciation, and distortion are also known for progressive song subjects, particularly concerning sex and gender roles. Some examples include “Paranoiac Intervals/Body Dysmorphia” and “Sophie Calle Private Game/Every Person Is a Pussy and Every Pussy Is a Star!” from their newest record White is Relic/Irrealis Mood. They are taking this record and its messages across the U.S. this fall, with dynamic and engaging performances that will leave you sweaty, enamored, and free. $40-$85. 4 p.m. — NL

SUGAR CANDY MOUNTAIN, KIBI JAMES, PINKEST — Drunken Unicorn, Sat. Nov. 23. Let your body sway and your mind wander as Sugar Candy Mountain creates psychedelic sounds. A neo-psych pop group from Oakland, CA, that formed in 2010, with the rise of psychedelic riffs into the mainstream, the group has only moved further in this unhinged direction. Their newest single, “My Clown,” dials up the psychedelia to the max, with heavy reverb and delays on the vocals, the introduction of bongos, and a disjointed song structure that stumbles endearingly along before finding itself complete and in harmony by the final lines. Expect a night of vocals like lullabies and instrumentals like stimulants — the crossfading you don’t have to light up for. $10-$12. 9 p.m. — NL

THREE WOMEN AND THE TRUTH, WITH JAIMEE HARRIS AND BARRY WALSH — City Winery, Sat. Nov. 30. And the truth will be delivered from three fine songwriters performing together. Eliza Gilkyson has a clear perspective of the human condition, yet delivers her message with a palatable wit and charm. Gretchen Peters is a member of the Songwriter’s Hall of Fame, with multiple hits — intelligent, thoughtful hits — written for many great artists. Americana artist Mary Gauthier is never the dark horse in this accomplished trio, and her recent album of songs (Rifles & Rosary Beads, 2018) co-written with military veterans is simply astounding in its depth. $22-$32. 8 p.m.— JK 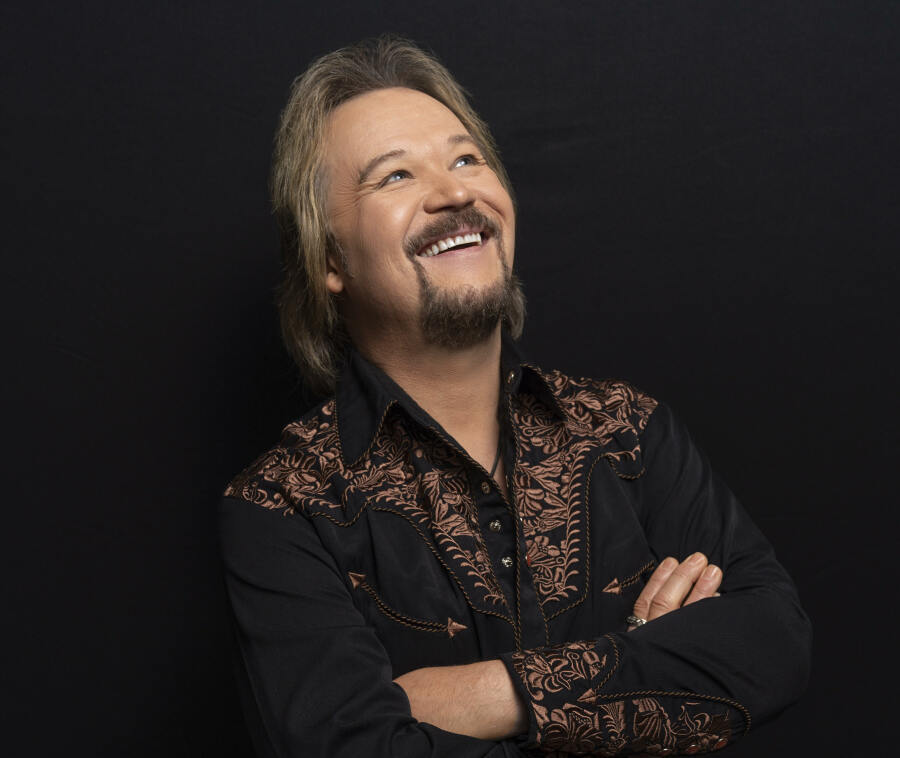