Get ready for these highly anticipated records 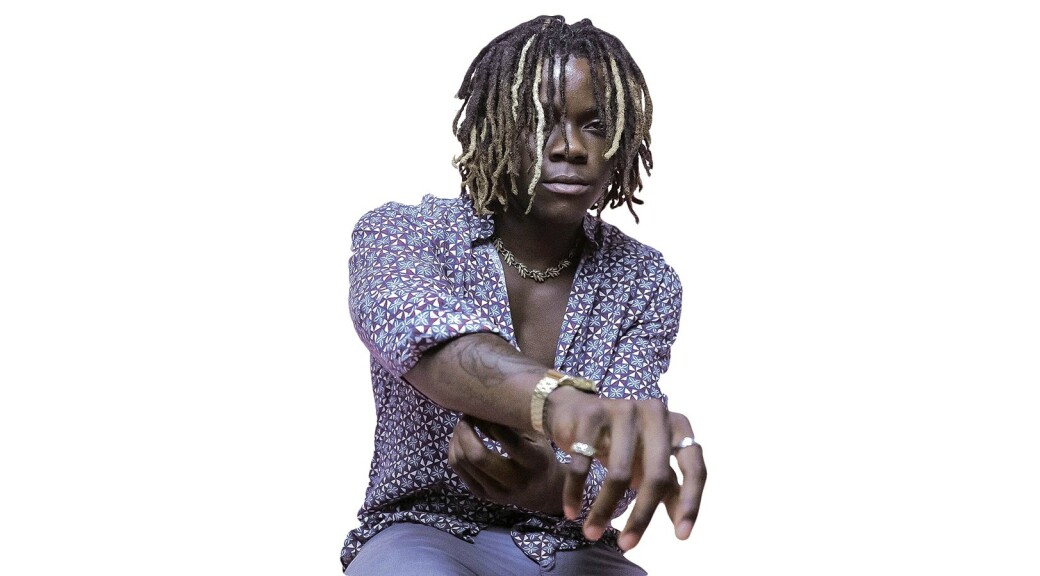 Photo credit: KYE SAMS
FEEL SOMETHING: 3 is one of many local artists with a much anticipated album in the works.
By Joshua Robinson Friday January 3, 2020 12:42 PM EST

No matter how many albums drop each year, there will always be hyped projects that never get released. Although 2019 saw an abundance of notable records — even with several local favorites opting to sit the year out — there’s still plenty of music to look forward to in the coming months. From long-rumored follow-ups to artist-confirmed projects, these are the records to look out for in 2020.

Ahjee Parker: Carnival — Ahjee Parker may be an Atlanta transplant, but his contributions to the city have made him one of its most sought-after collaborators. He had an incredible feature-spree last year, lending verses to everyone from Moon to TIMXSPNT, and his upcoming album Carnival should be a major creative leap forward.

Childish Gambino: Since the genre-derailment of his music with 2016’s funk opus ”Awaken, My Love!”, Donald Glover has become recognized as one of the defining artists of the 2010s through his work as Childish Gambino. The Stone Mountain multihyphenate has declared that his next musical outing will be the final run for his alter-ego, so prepare for a grandiose coda.

The Queendom: Hip-hop/R&B duo The Queendom, consisting of AUDIADASOUND and Rocket Rhonnie, burst onto the scene with their 2018 debut Queenshit Era. They’ve been tearing up stages ever since, at local showcases and festivals alike. After nearly a year promoting that record, the two shifted gears in a new direction last fall with their single “Plekeke.” The sultry earworm and its neon visual counterpart make it clear that The Queendom is coming back twice as hard this year.

Playboi Carti: Whole Lotta Red — Playboi Carti was a major talking point of 2019, thanks to the mainstream discovery of his signature “baby voice” as well as standout features on Solange’s When I Get Home and Tyler, the Creator’s Igor. The only thing missing was his long-awaited follow-up to 2018’s infectious Die Lit. Carti is known to tease us with projects for years. Hopefully Whole Lotta Red lands sooner than later.

ATLANTA XAY: Although he released the five-track Venus E.P. at the beginning of last year, ATLANTA XAY hit the reset button shortly thereafter. With a new haircut and his Instagram posts prior to October cleared, Xay’s latest single “ZigZag” signals a new chapter for the eastside rapper. He has yet to make any official announcements, but a calculation of his recent moves suggests listeners should stay tuned for what’s coming next.

Omeretta the Great: Few rappers, regardless of gender, can fuck with Omeretta. The Atlanta lyricist kicked off 2019 with Welcome to the Jungle, but the subsequent months really brought attention to her talents when Nicki Minaj reposted a video of her freestyling for the “Megatron” challenge. With her newly heightened status, there’s no better time for new material, and it seems like Omeretta is well aware. She has been teasing a new album since November.

3: Although the autotune-wielding duo TheYouth! didn’t release anything last year, both Marsofyouth and 3 (aka Trefecta) offered a fair share of solo material. While Mars delivered a full-length project, 3 quietly dropped gems throughout the year, from “Feel Something” in April to “Paths” in November. Whether those singles remain loosies or not, expect a full-length from 3 that showcases his growth over the past year.

Deante’ Hitchcock: BETTER — There is not enough written on Deante’ Hitchcock’s journey from a viral freestyler on social media to a grammy-nominated artist, a situation his upcoming debut album BETTER is sure to change. The RCA-signed artist has been teasing the album and trolling listeners for months, but the wait for his first solo effort since Revenge of the Dreamers III is nearing an end.

Run the Jewels: Run the Jewels 4 — Not many artists have transcended the Outkast era of Atlanta rap, but Killer Mike has through activism, entrepreneurship, and his work as one-half of the critically-acclaimed Run the Jewels outfit with El-P. The duo unleashed their last album in 2017; the fourth installment in their Run the Jewels series is long overdue.

Killumantii: Generation Now artist Killumantii had a monster 2019 without dropping any music. By touring the East Coast as an opener for Kodie Shane’s Young Heartthrob Tour and performing at festivals like Rolling Loud, Killumantii gained notoriety as one of rap’s youngest hard-hitters. Her last project arrived in 2018. It will be interesting to see how her experiences on the road have shaped her new material.

SwaVay & James Blake: FUKKEEM — Dolo artist SwaVay has received major industry nods from the likes of Metro Boomin and James Blake, and his 2019 projects Pure Infinity and Pure Pack prove why. With such a prolific year behind him, the Atlanta wordsmith doesn’t owe listeners anything, but the release of his long-teased joint project with James Blake should be a more-than-welcomed victory lap.

Lil Baby: My Turn — Lil Baby is slowly becoming rap’s next unstoppable force. After a bubbling 2017 and a breakout 2018, the Quality Control artist had a relatively low-key year in 2019. Sure, his singles “Out The Mud,” “Baby,” and “Woah” all had successful runs, but otherwise, he took a backseat to his contemporaries. If the title of his upcoming album is a trust-worthy indicator, expect that to change in 2020. —CL—