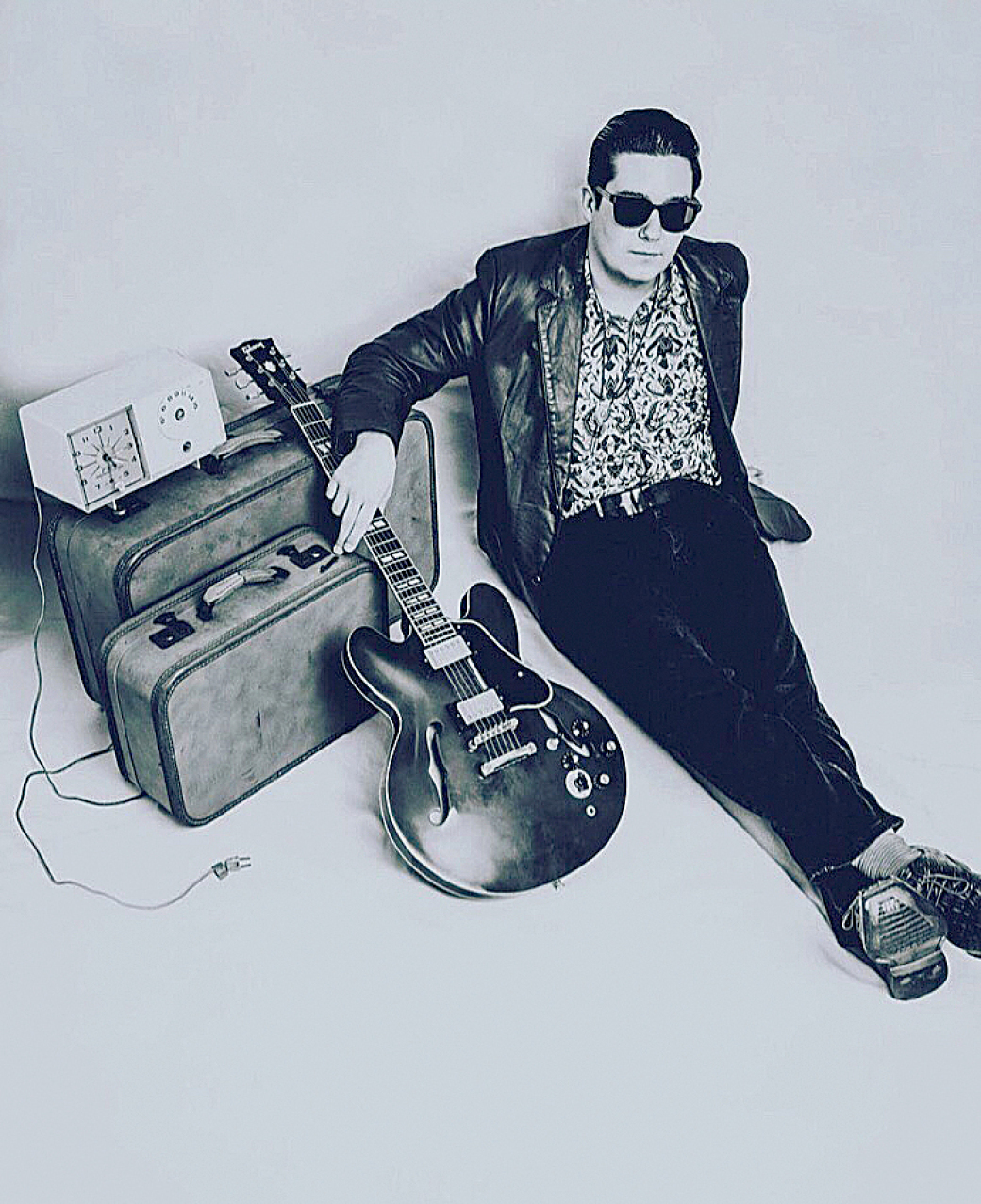 Blues isn’t the only music that Brooks Mason plays. It still isn’t even his main gig. But the Atlanta-based musician — who goes by the stage name Eddie 9-Volt — found there was an audience for his stripped-down, soulful mix of gutbucket Chicago-styled roots blues as found on Left My Soul In Memphis, his debut album released October, 2019. And it might prove to be even more lucrative than the music of his other band, indie rockers PREACHERVAN, with whom he continues to play, record, and most interestingly, share the same members with.

Mason remains enthusiastic about both outfits, but the recent accolades he has received for the Eddie 9V side of his split personality — most notably grabbing second place in 2019’s Atlanta Blues Challenge for the Band category and generating buzz in the blues community — might push the scales over to his pursuing that occupation full-time. Nonetheless, PREACHERVAN, which arrived first, has over a million streams on Spotify. Eddie 9V was only birthed in the summer of 2019, so he’s reluctant to bury the indie rock persona just yet.

Mason chose the 9-Volt alter ego to describe the style of blues he plays. “I came up with this character that I thought would be cooler (than his real name) of the late ’60s time period. Like a mobster nickname.” As for the 9-Volt part, “Someone described the playing as sounding like a 9-volt battery before it dies, with a lot of distortion and fizzing out.” He took a poll and found that older people preferred his real name, but the younger ones, like him — he’s 23 — leaned towards the 9-Volt pseudonym. Based on the reception, he seems to have chosen correctly. Initially, the concept of having the same band with different names was to double the touring and income. “We’re very very versatile. If a fraternity wants us, we’ll do PREACHERVAN.” Sometimes they book under both names. “It can get confusing,” he admits.

Blues hit the guitarist/singer/songwriter early, when he was in his early teens, but in a unique guise. He watched a video by The Dirty Mac (Keith Richards, John Lennon, Eric Clapton, Mitch Mitchell) on YouTube (the ad hoc band only played once, offering a version of The Beatles’ “Yer Blues” during The Rolling Stones’ Rock and Roll Circus) in 1968. “I looked at the suggestion videos and saw Howlin’ Wolf. Who is that? He looks old and interesting.” The footage was a live Wolf show filmed during the Newport Folk Festival in 1966. “That just blew all the doors open. From there it was Magic Sam, Muddy Waters,  … I’ve been hooked ever since.”

As Eddie 9V, his band captures the rawer sounds of ’50s and ’60s blues. He was exposed to many of the archetypal blues players from listening to, and then DJing on, WRFG-FM. The local nonprofit’s substantial blues programming was key to whetting the musical appetite of the teenaged Mason, back when such music wasn’t exactly the hippest thing going. “I was blaring Howlin’ Wolf in my car driving to high school when my friends were blaring rap. But when I was in my junior and senior year ... there was a shift, and my close friends starting listening to it (blues).”

Mason was also inspired by some local old-timers. One of his most vivid memories was having the late Eddie Tigner jump on stage and play piano with him. “He just walks up to this piano, and it was like listening to Otis Spann. It blew my mind. It was watching Tigner and Albert White and these local blues legends — that was the real deal.”

Many have cited Mason’s approach as similar to that of another, far younger, Atlanta icon — Sean Costello. Not surprisingly, he was also a major influence on 9V’s style. “It was Freddie King, B.B. King, and Sean Costello. He was why I bought a Goldtop Gibson, [[[[[[[and] he’s the reason I play at Northside Tavern.”

Mason’s first release has only one cover; the rest are originals, though they borrow from established blues forms. “There’s no 100 percent originality in the blues anymore. That’s why the record appeals to a lot of people. I see a lot of younger kids being turned off (of blues) because there’s a lot of older people making it the wrong way. They go into these $100,000 studios, and it doesn’t come off as authentic to me.” None of that for Eddie. The album was predominantly recorded in his brother’s bedroom. Both got creative with the primitive conditions. At one point, says Eddie, “ I opened the window and put a mic outside. I was just trying to get weird sounds nobody else is going for.” Atlanta veteran Tinsley Ellis also provided advice, suggesting Mason write and record more original compositions. For better or worse, Ellis’ Alligator label boss, Bruce Iglauer, didn’t like the disc “because he thought it sounded too dirty and distorted.” Eddie laughs. “Which was my whole vision in the first place.”

There are other indie labels interested in Eddie 9-Volt’s gritty, more authentic style, though. And with the local success of his first homemade set, coupled with youthful enthusiasm, Mason might soon have even more in common with Costello — in the form of a thriving career and much wider recognition. —CL—