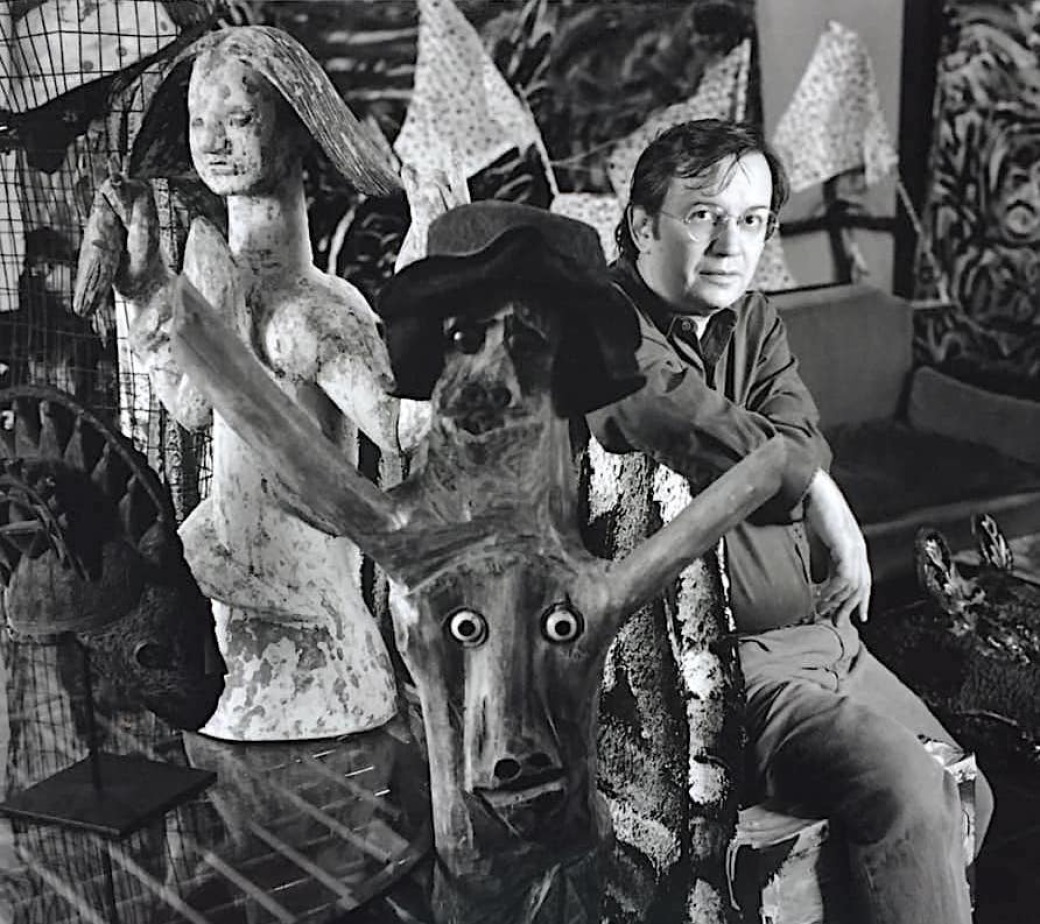 “Metaphorically speaking, I am betting on art.” William Sidney Arnett, pioneering art collector, patron, and philanthropist, was always a few decades ahead of his time. He devoted most of his adult life to championing previously underappreciated art forms and artists, from Sub-Saharan Africa to the Black American South. He died peacefully, at his time, age 81, on August 12th, in Atlanta.

Born May 10, 1939, in Columbus, GA, to Hilliard B. Arenowitch and Minna Moses Arenowitch, Bill was a collector (marbles, comic books, baseball cards, butterflies) and standout athlete (especially baseball) from an early age. After attending Georgia Tech and the University of Pennsylvania, he graduated from the University of Georgia. He moved to London and quickly became a lifelong devotee of the visual arts, eventually traveling to more than sixty countries to study and collect art.

In 1964, he married his high-school sweetheart, Judy Ann Mitchell, and together they settled in Atlanta and had four sons. With his brother, Robert Arnett, he became an art dealer and collector specializing in non-Western civilizations, including those of the Middle East, China, Southeast Asia, Oceania, Africa, and the Americas. He and Judy opened their art-filled home to visitors, art lovers, and acquaintances from all over the world.

Beginning in the 1980s, Arnett committed the remainder of his life to promoting and documenting self-taught Black artists from the American South, whose creations he considered an extension of the quest for civil and human rights into the arenas of cultural possibility and human imagination. Over the past four decades, his collections of Southern Black art forms, along with his book-publishing, exhibitions, and philanthropy, have immeasurably enriched the understanding of Black contributions to American civilization. He donated art to dozens of museums, and started and endowed the Souls Grown Deep Foundation. He is noted for bringing public attention to the work of numerous artists, such as Thornton Dial, Lonnie Holley, and the Gee’s Bend quiltmakers.

As a devoted husband and father, Arnett also threw himself into his young sons’ interests and became a soccer coach and fan. Seeking to enhance the level of play in the Atlanta area, in the early 1980s he co-founded the Concorde Soccer Club (now Concorde Fire), which grew into one of the foremost youth soccer organizations in the U.S. A lover of music (opera, early rock ’n’ roll, reggae, etc.), travel, cinema, team sports, and cats, William Arnett lived his passions and, with his unflagging belief in them, made them everyone’s.

In lieu of donations, the family asks that people listen to some Verdi and Aretha, eat a slice of Mexican-style flan, show kindness to the next cat they encounter, and pursue every curiosity about new art forms.

A memorial celebration will be held at a later date in a safer time.