Time — and an eager muralist — wait for no one 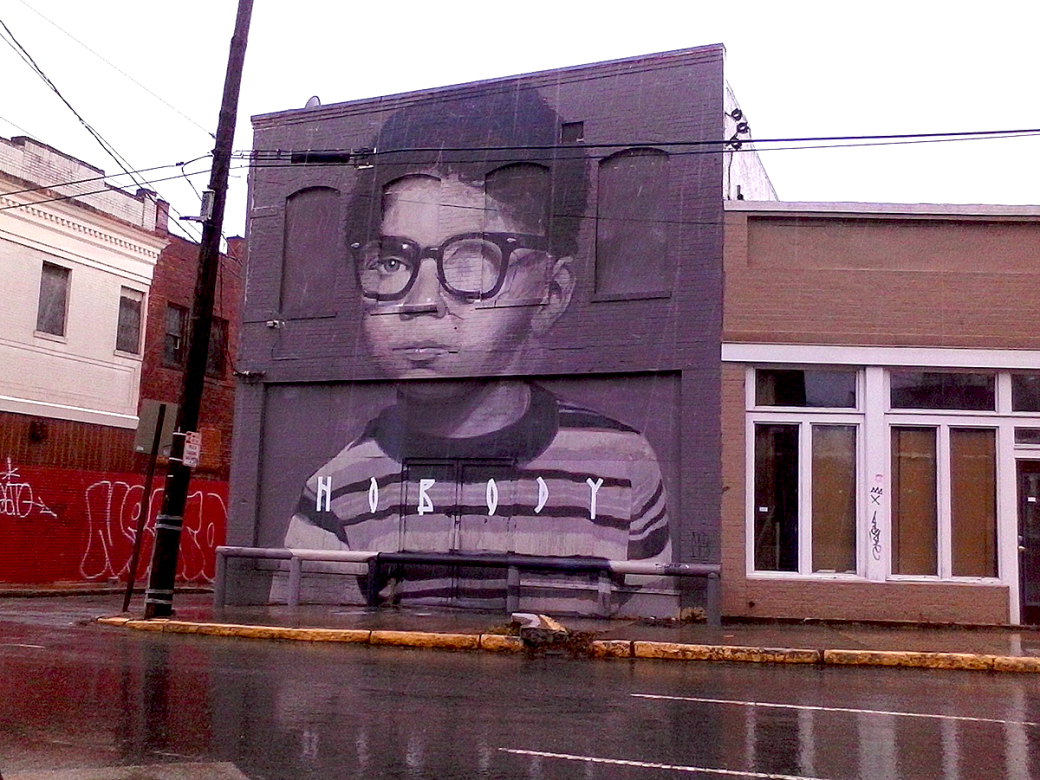 Street art is by its very nature ephemeral — fleeting. The Krog Street tunnel in Cabbagetown is a perfect example of how street art is constantly changing.

When I was an Uber driver years ago, I really started to pay attention to the art around town and wondered if anyone had documented it online. At the time, there was only the Living Walls website, which documented only the murals Living Walls had been a part of creating.


As a result, I began photographing the murals I rode past on my daily travels — and posting them to social media. Six years later, I have over a thousand photographs of murals around Atlanta — many of which no longer exist, thanks to building demolitions, someone painting over them, or simply the ravages of time.


One of the reasons I started taking photos was an attempt to preserve that art. Narrowing down my favorites for this list (which is in no particular order) was difficult, and I’m sure others have their favorites that no longer exist and don’t appear here. But my hope is this: that people are inspired by these photos to go out and see street art in person — before it disappears.


This mural is the one that inspired me to start documenting street art. Originally painted as part of a Living Walls conference, it featured a young boy missing an eye — which always made me think of the 1983 film, A Christmas Story. It stayed active for several years, and only recently was covered up by the new occupants of the building (it was originally painted on an empty building). You can actually see slight remnants of the work if you look close enough.


Probably one of my favorite Atlanta murals EVER, this piece was created as part of the OuterSpace Project — a yearly event by the ABV Gallery that combines street art and music for a huge festival. I loved the series of Kermit the Frog faces presented as Teenage Mutant Ninja Kermits. Big, bold, bright green, and beautiful, it was eventually buffed by the owner of the building, which led to it now being covered by graffiti tags — a sad replacement.


The artist known as Catlanta has been a big part of the Atlanta mural art scene for years, and got his start by giving away his kitty artwork as part of the Free Art Friday movement. This evolved into larger-scale work, with and without kittens. This piece was created as part of the OuterSpace Project on the side of what is now the Commoner Salon. From what I understand, the OSP folks typically work out a deal with the people who own the buildings they paint that the work will remain untouched for a specific period of time — usually a year — before it is repainted. Strangely, this piece stayed up only for a few weeks before the owners of the building covered it up.


Mexican artist Neuzz participated in the 2012 Living Walls conference and created this vibrant mural in the heart of Sweet Auburn. Over time, plaster pieces of it started falling off due to years of rain and heat, and it was eventually painted over by another great local artist — Dr. Dax. This was one of the first major murals in the area.


Over the years, the huge wall on the side of The Sound Table in Sweet Auburn has been home to several amazing murals, but my favorite was this one by the international artist Nychos, created for the OuterSpace Project. Nychos is known for his paintings that go “deep” into their subjects to show their inner workings. Murals on this wall do not last very long, unfortunately, and this one — extremely eye-catching and in my opinion, the best mural to ever grace this giant, easily accessible space — has already been painted over a couple of times since Nychos graced it.


Artist Brandon Sadler is an Atlanta art fixture with his bold street art all over the city as well as a permanent spot on the Wylie Street wall used for Forward Warrior. This understated beauty was painted inside the bones of an abandoned building downtown near the Aquarium — I just happened to drive past it one day and had to pull over to get a closer look. Beautiful and understated, it is now gone, thanks to a new building that houses the Blackbird restaurant.


Originally created back in 1988 for the City of Atlanta’s Public Art program, this giant mural was one of the oldest in the city, and featured the faces of several peace-loving public figures as a tribute to the civil rights movement. A few years back the building it graced was demolished and is now home to a parking deck.


Peruvian street artists Entes and Pesimo created this piece for Living Walls on the side of what was then Inserection, an adult novelties store. I loved driving up Northside Drive around that curve and seeing this one while driving to the Westside. It has since been buffed over by the current residents (and also an adult toy store) Tokyo Valentino.


Not a mural, per se, but as a former English teacher, this one resonated with me. Taking a bit of license with a quote from the writer James Baldwin, this piece went up early in the Trump administration when there was a lot of immigration discussion going on. Atlanta resident Williams is probably best known for his murals of Colin Kaepernick and various civil rights leaders. This version has been painted over by graffiti tags since it first went up, but I heard a rumor the artist is planning on renewing it with a more pointed message.


Atlanta artist Sanithna’s beautiful women were at one point all over the city — Downtown, on the BeltLine, and here on Moreland Avenue near I-20. Another work originally created for the OuterSpace Project on the side of a mostly empty building, it has since been mostly painted over by the new owners of the building (which now houses the second location of Hodgepodge Coffee). Sanithna has a fairly new mural just up on Moreland at Ormewood Avenue.


Living Walls brought internationally recognized French artist J.R. to Atlanta several years ago. He typically works with larger-than-life photographs that he wheat pastes onto walls or whatever is handy — one of his more famous pieces recently showed up on the border wall between California and Tecate, Mexico, a picture of a young Mexican child smiling over the top. Since his piece in Atlanta was to be featured near the MLK center, J.R.  decided to use photos from the civil rights period of the late 1960s, most famously, a photo of a young boy holding a sign that said “I Am a Man” and this picture. Both pieces are now completely gone — this one currently painted over with a mural by Dr. Dax.


While not technically a muralist, Atlanta graffiti artist Nels was responsible for some of the most beautiful pieces of art in the city — most famously at the Krog Street tunnel (on the DeKalb Avenue side) where his work proclaimed his hatred of cancer, which had taken one of his family members. Sadly, Nels himself recently passed away unexpectedly while working out of town, and a tribute to him now graces his usual spot. This piece was on the side of what is now a T-Mobile store, and was completely painted over, right around the time he passed.—CL—


Photos of the murals listed may be viewed on Jill Melancon’s Instagram @nocnalematl.