BLUES & BEYOND: The list of Atlanta’s blues roots runs deep

Places and names to know to hip your blues cred 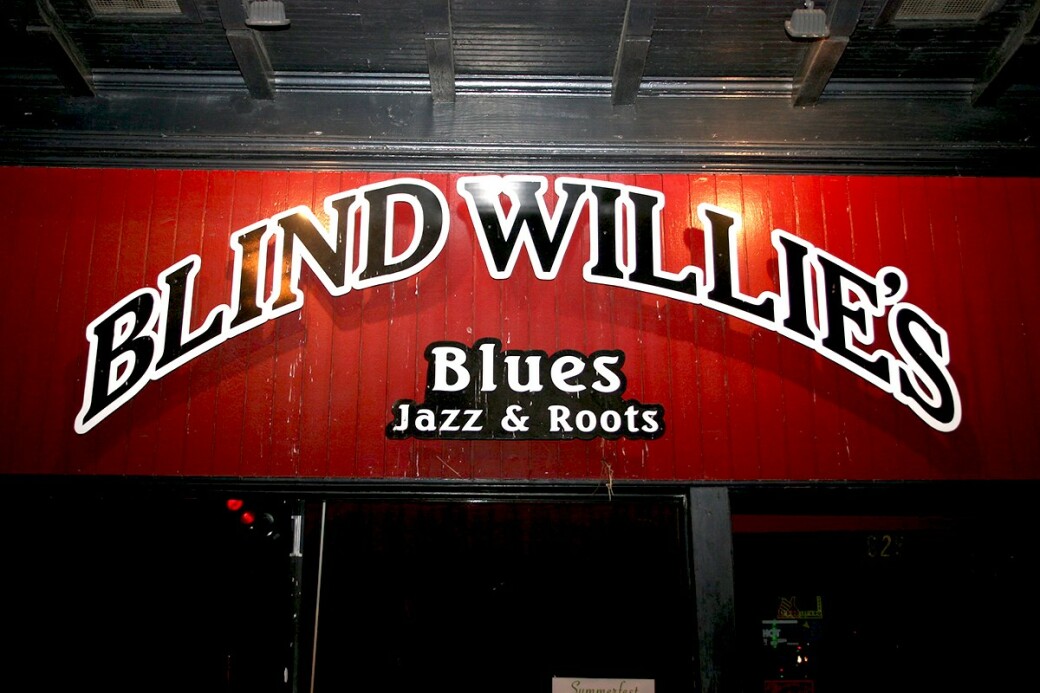 Sean Costello — There are few stories — even in the blues world — as tragic as that of Atlanta guitarist Sean Costello. He was just starting to create a stir on the national blues scene with 2008’s We Can Get Together, his fifth outing, when he was found dead on April 15th of that year. His death — ruled as an accidental overdose — hit the Atlanta blues world hard. Costello, who seemed to have it all in the talent department, was an emotional and gutsy singer, a terrific songwriter, and of course, a mean guitar player. Plus his knowledge and dedication to the art form were impressive to even veteran musicians in the genre. Thankfully, his name stays alive due to the Sean Costello Memorial Fund for Bipolar Research, set up by his mom after his death. The well-respected Blues Blast Magazine has a category in its annual poll called “The Sean Costello Rising Star Award.” Also, a tribute album featuring songs Costello wrote played by a diverse set of musicians titled Don’t Pass Me By, a benefit for the memorial fund, was released on Atlanta’s Landslide label (who also helmed his earliest recordings) in 2019. His spirit and enthusiasm for blues lives on in young Atlanta bluesmen like Eddie 9Volt, Cody Matlock, and The Electromatics’ Nick Johnson.

Blind Willie’s — An obvious choice? Sure. But no list of Atlanta blues landmarks would be complete without mentioning the iconic Virginia-Highland club, the go-to blues joint since 1986. For over three decades, Willie’s has been one of the few establishments to consistently book national and internationally recognized blues performers and roots, talent. The club has also championed local acts who would have few other places to play what is basically niche music. Blind Willie’s has had its financial ups and downs, with the current pandemic certainly not helping things. Here’s to the club surviving so it may continue to book nationally touring visitors like Lil’ Ed & the Blues Imperials and Nick Moss — performers who pack the intimate joint with longtime fans.

Blind Willie McTell — The legendary bluesman, who went by a variety of monikers, was born in Thomson, Georgia, in 1901 (the town celebrates with a yearly festival in his name) and raised in Statesboro (hence “Statesboro Blues,” his best-known composition), but played mostly in Atlanta. His dexterity on the acoustic 12-string guitar and his nasal voice on a wide swath of recordings made him a local and national presence, arguably the most famous classic bluesman this city and state has ever produced. It’s no wonder the venerable Atlanta blues club listed above was christened with his name.

Darwin’s — Darwin’s slow death and subsequent closing in 2019 was an inglorious way for such a beloved and well-known venue to shutter. The club never regained its mojo after moving from its original, and notoriously run-down, OTP location on Roswell Road in Marietta to the more expansive one in Sandy Springs. National acts loved playing the old place, so much so that it was voted Best Blues Club for the 2016 Keeping The Blues Alive awards. It was downhill from there, though, with a series of bad business decisions. Blues fans still talk about its glory days when an enthusiastic crowd would pack the original location on weekends for roof-raising sets from Tab Benoit, Jason Ricci, and Chris Duarte among many others. RIP Darwin’s.

Larkin Poe — The guitar-shredding Lovell sisters (Megan and Rebecca) may have recently moved to Nashville, yet they honed their chops as teens in The Lovell Sisters, playing roots Americana and bluegrass in and around Atlanta. In 2010 they regrouped as Larkin Poe and started a long, progressively higher-profile climb as a blues rocking duo combining deep rural Delta sounds with a harder rocking, rhythmic attack. Early attention from T Bone Burnett and Elvis Costello (they opened the latter’s 2015/2016 solo tour, accompanying him on some tunes) helped. But it has been their subsequent albums, including this year’s impressive Self Made Man, that have pushed them into the forefront of the younger generation, spinning blues in their contemporary but faithful-to-the-roots style.

Tinsley Ellis — If there is a blues club or stage somewhere in America, this journeyman blues rocker has played it. From his earliest days with the Alley Cats, followed by a long stint in the Heartfixers, Ellis has typically incorporated Southern rock into his sturdy, electrified blues. His solo career started in earnest with 1988’s appropriately titled Georgia Blue — and he hasn’t stopped since. Cranking out albums almost yearly (he’s notched six since 2013) while staying on the road for months on end, no list of hardest-working men in blues rock would be complete without Ellis on it. If it wasn’t for the current pandemic, he’d be playing someplace in the United States tonight, rocking out songs from one of his 16 studio albums in front of an adoring crowd.

Mudcat — A predominantly acoustic bluesman specializing in the deep rootsy Piedmont style of the genre, Danny Dudeck, aka Mudcat, isn’t just a veteran of Atlanta’s blues scene, but also its de facto historian. His monthly (or so) hour-long podcast, “The Piedmont Report,” keeps tabs on others playing that style, too. Mudcat has traveled the world, solo or with a band, attracting every age group while releasing about a dozen albums along the way. There probably isn’t an Atlanta blues lover who hasn’t witnessed Mudcat performing at some event over the past 30 years, a one-man blues institution of sorts, despite the music he plays and promotes having its origins decades, if not centuries ago.

Atlanta Blues Society — Atlanta isn’t exactly the blues capitol of the world, yet that hasn’t stopped the Atlanta Blues Society from becoming one of the most respected organizations in the country. So much so that the ABS was given the “Keeping The Blues Alive” award in 2019 by the Blues Foundation, a substantial accomplishment considering that every major city has a similar group. The ABS activities are too numerous to mention here, but its monthly ABS meetings, which attract dozens of local fans, and an outreach program, Blues In The Schools, that educates youngsters on the art form, are highlights. A recently upgraded web site at atlantabluessociety.org with updates on local shows and other blues information exhibits the society’s will to growing and improving.

The Royal Peacock — Located on Auburn Avenue in Atlanta’s Sweet Auburn District — and originally named the Top Hat Club when it opened in 1938  — the Royal Peacock was the place for African American acts on the rise to play in the ’50s and ’60s. Sometimes called it the Apollo of the South, as every major blues and soul performer held court there in its heyday. Just a smattering of those were Otis Redding, Muddy Waters, Howlin’ Wolf, Ray Charles, Sam Cooke, Wilson Pickett, and The Supremes. The venue has gone through many changes but was still active pre-pandemic featuring mostly reggaeton and hip-hop acts. The name and its classic lineage lives on with Rae and the Royal Peacocks, a blues and soul act that represented Atlanta in Memphis at the 2017 and 2019 Blues Challenges.

Delta Moon — Was it really 18 years ago that guitarists Mark Johnson and Tom Gray started Delta Moon? Plenty of members have come and gone since the band’s 2002 self-titled debut, but the rootsy, swampy, intertwining guitar sound has stayed the course. Winning the prestigious Blues Challenge in 2003 pushed Delta Moon to the next level, touring internationally while releasing a steady stream of albums of mostly original compositions — without a clunker in the bunch. Gray suffered pre-pandemic health problems which have temporally curtailed the foursome’s live shows, but Delta Moon is one of Atlanta’s most dependable and longest-lasting roots outfits, one that keeps improving with time.

King Johnson/Oliver Wood — The Oliver Wood-led ensemble that included horns and percussion were eclectic (one of their songs was titled “Adultcontemporaryrootsrockbluesjazzfunk”), yet bluesy enough to be voted Atlanta’s best blues band for half a decade in their mid-to-late1990s heyday. Wood has since moved to Nashville — and on to widespread fame with his bass-playing sibling Chris in the Wood Brothers. The handful of albums released under the King Johnson moniker are upbeat, frothy, and stirring listening, and their energetic shows are remembered fondly by locals, causing King Johnson’s surprise late 2019 one-off reunion concert to quickly sell out.

Michelle Malone — Rootsy, beloved blues rocking singer/songwriter “Moanin’ Malone” has proudly flown the indie flag for three decades now as a professional musician, releasing a series of tough, swampy, stomping albums (one is even titled Stompin’ Ground) as timeless as her powerful vocals. Whether backed by Drag the River, The Low-Down Georgia Revue, Michelle Malone Banned, or doing Christmas music with her seasonal Hot Toddies outfit, Malone keeps the music coming and her concert schedule, both solo and with various bands, full. More impressive is that Malone has done this on her own label with a shoestring budget, proving that with talent and hard work you can make a living doing it your way. —CL—