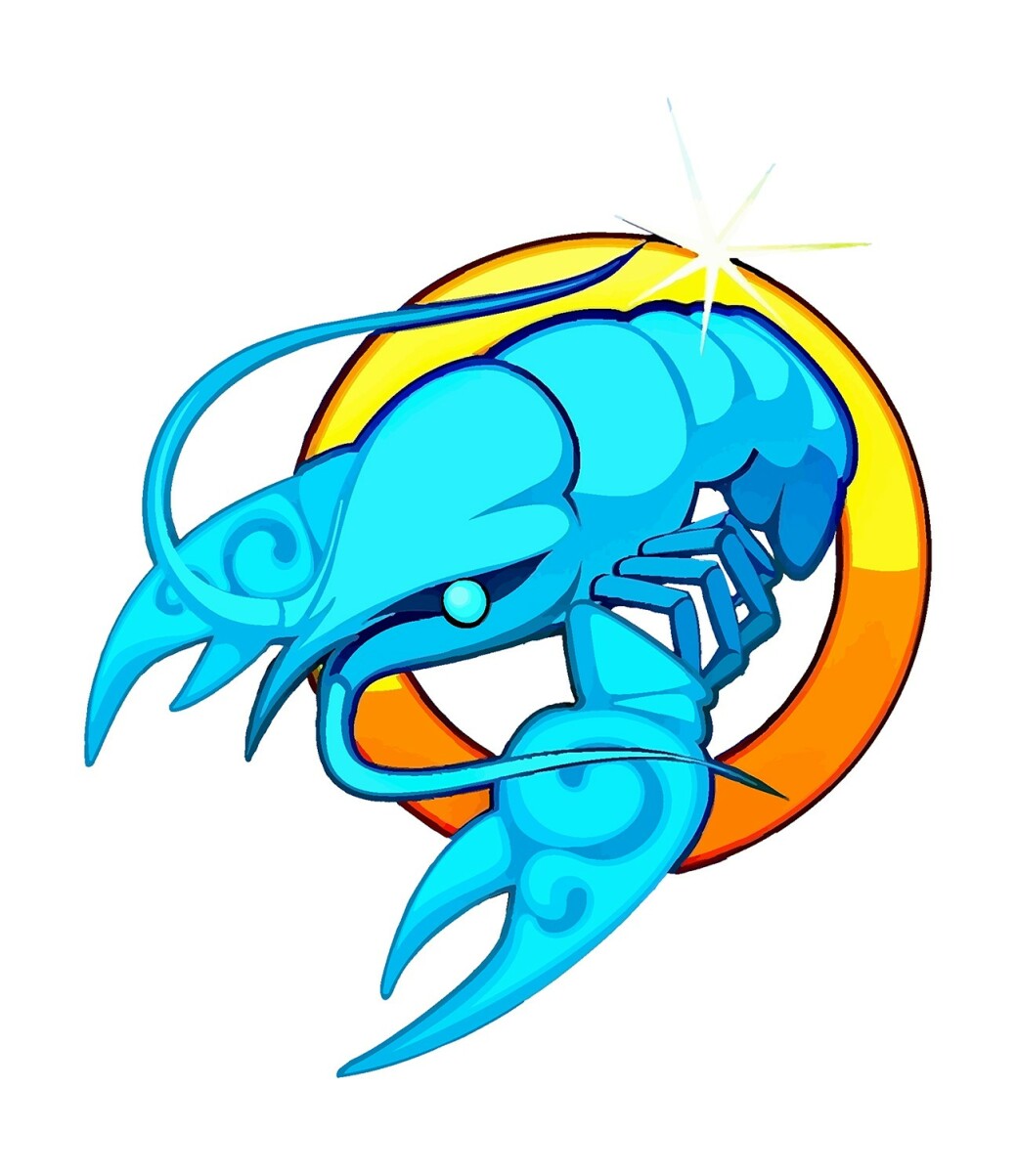 Some readers wish I would write more like Cormac McCarthy or Albert Camus or Raymond Chandler: with spare simplicity. They accuse me of being too lush and exuberant in my prose. They want me to use shorter sentences and fewer adjectives. To them I say: It ain’t going to happen. I have feelings similar to those of best-selling Cancerian author Oliver Sacks, who the New York Times called, “one of the great clinical writers of the 20th century.” Sacks once said, “I never use one adjective if six seem to me better and, in their cumulative effect, more incisive. I am haunted by the density of reality and try to capture this with ‘thick description.’” I bring these thoughts to your attention, my fellow Cancerian, because I think it’s important for you to be your lavish, sumptuous, complex self in the coming weeks. Don’t oversimplify yourself or dumb yourself down, either intellectually or emotionally.

LEO (July 23-Aug. 22): Travel writer Paul Theroux has journeyed long distances by train: once from Britain to Japan and back again, and then from Massachusetts to Argentina. He also rode trains during part of his expedition from Cairo to Cape Town. Here’s one of his conclusions: “It is almost axiomatic that the worst trains take you through magical places.” I’d like to offer a milder version of that counsel as your metaphor for the coming weeks: The funky, bumpy, rickety influences will bring you the best magic.

VIRGO (Aug. 23-Sept. 22): Philosopher Miguel de Unamuno declared, “Everything that exalts and expands consciousness is good, while that which depresses and diminishes it is evil.” This idea will be intensely true for and applicable to you in the coming weeks, Virgo. It will be your sacred duty—both to yourself and to those you care about—to enlarge your understandings of how the world works and to push your awareness to become more inclusive and empathetic. What’s your vision of paradise-on-earth? Now is a good time to have fun imagining it.

LIBRA (Sept. 23-Oct. 22): What do you want to be when you grow up, Libra? What’s that you say? You firmly believe you are already all grown up? I hope not! In my vision of your destiny, you will always keep evolving and transforming; you will ceaselessly transcend your existing successes and push on to accomplish further breakthroughs and victories. Now would be an excellent time to rededicate yourself to this noble aspiration. I invite you to dream and scheme about three specific wonders and marvels you would like to experience during the next five years.

SCORPIO (Oct. 23-Nov. 21): U.S. Senator Elizabeth Warren has advice that would serve you well in the coming weeks. She says, “Keep a little space in your heart for the improbable. You won’t regret it.” In accordance with your astrological potentials, I’m inclined to amend her statement as follows: “Keep a sizable space in your heart for the improbable. You’ll be rewarded with catalytic revelations and intriguing opportunities.” To attract blessings in abundance, Scorpio, be willing to set aside some of your usual skepticism and urge for control.

SAGITTARIUS (Nov. 22-Dec. 21): Author Malidoma Somé lives in the U.S. now, but was born in the West African country of Burkina Faso. He writes, “In the culture of my people, the Dagara, we have no word for the supernatural. The closest we come to this concept is *Yielbongura*, ‘the thing that knowledge can’t eat.’ This word suggests that the life and power of certain things depend upon their resistance to the categorizing knowledge that human beings apply to everything.” I bring Somé’s thoughts to your attention, Sagittarius, because I suspect that in the coming weeks, you will encounter more than the usual number of experiences that knowledge can’t eat. They might at times be a bit spooky or confounding, but will mostly be interesting and fun. I’m guessing that if you embrace them, they will liberate you from overly literal and materialistic ideas about how the world works. And that will be good for your soul.

CAPRICORN (Dec. 22-Jan. 19): Pioneer Capricorn scientist Isaac Newton is often hailed as one of history’s greatest geniuses. I agree that his intellectual capacities were sublime. But his emotional intelligence was sparse and feeble. During the time he taught at Cambridge University, his talks were so affectless and boring that many of his students skipped most of his classes. I’ll encourage you to make Newton your anti-role model for the next eight weeks. This time will be favorable for you to increase your mastery of three kinds of intelligence beyond the intellectual kind: feeling, intuition, and collaboration.

AQUARIUS (Jan. 20-Feb. 18): When future writer (and Aquarius) Charles Dickens was 12 years old, his parents and siblings got incarcerated in a debtors’ prison. To stay alive and help his family, he took a job working 12 hours a day, six days a week, pasting labels on pots of boot polish in a rotting, rat-infested warehouse. Hard times! Yet the experiences he had there later provided him with rich material for the novels that ultimately made him wealthy and beloved. In predicting that you, too, will have future success at capitalizing on difficulty, I don’t mean to imply you’ve endured or will endure anything as harsh as Dickens’ ordeal. I’m just hoping to help you appreciate the motivating power of your challenging experiences.

PISCES (Feb. 19-March 20): Maybe you feel that the ongoing pandemic has inhibited your ability to explore and deepen intimacy to the degree that would like to. But even if that’s the case, the coming weeks will provide openings that could soften and remedy your predicament. So be extra receptive and alert to the clues that life reveals to you. And call on your imagination to look for previously unguessed and unexpected ways to reinvent togetherness and tenderness. Let’s call the next three weeks your Season of Renewing Rapport.

ARIES (March 21-April 19): Aries author Marge Piercy writes, “The people I love the best, jump into work head first without dallying in the shallows.” The Aries people I love best will do just that in the coming days. Now is not the right time to wait around passively, lazily hoping that something better will come along. Nor is it prudent to procrastinate or postpone decisions while shopping around for more options or collecting more research. Dive, Aries, dive!

TAURUS (April 20-May 20): Calvin and Hobbes is a comic strip by Bill Watterson. It features a boy named Calvin and his stuffed tiger Hobbes. In the first panel of one story, Calvin is seated at a school desk looking perplexed as he studies a question on a test, which reads “Explain [[[[[[[Isaac] Newton’s First Law of Motion in your own words.” In the second panel, Calvin has a broad smile, suddenly imbued with inspiration. In the third panel, he writes his response to the test question: “Yakka foob mog. Grug pubbawup zink wattoom gazork. Chumble spuzz.” The fourth panel shows him triumphant and relaxed, proclaiming, “I love loopholes.” I propose that you use this scenario as your victorious metaphor in the coming weeks, Taurus. Look for loopholes! And use them to overcome obstacles and solve riddles.

GEMINI (May 21-June 20): “It is a fault to wish to be understood before we have made ourselves clear to ourselves,” wrote philosopher and activist Simone Weil. I’m hoping that this horoscope of mine can help you avoid that mistake. In the coming weeks and months, you will have a stronger-than-usual need to be seen for who you really are—to have your essential nature be appreciated and understood by people you care about. And the best way to make sure that happens is to work hard right now on seeing, appreciating, and understanding yourself.