Screen Time: When everything is television 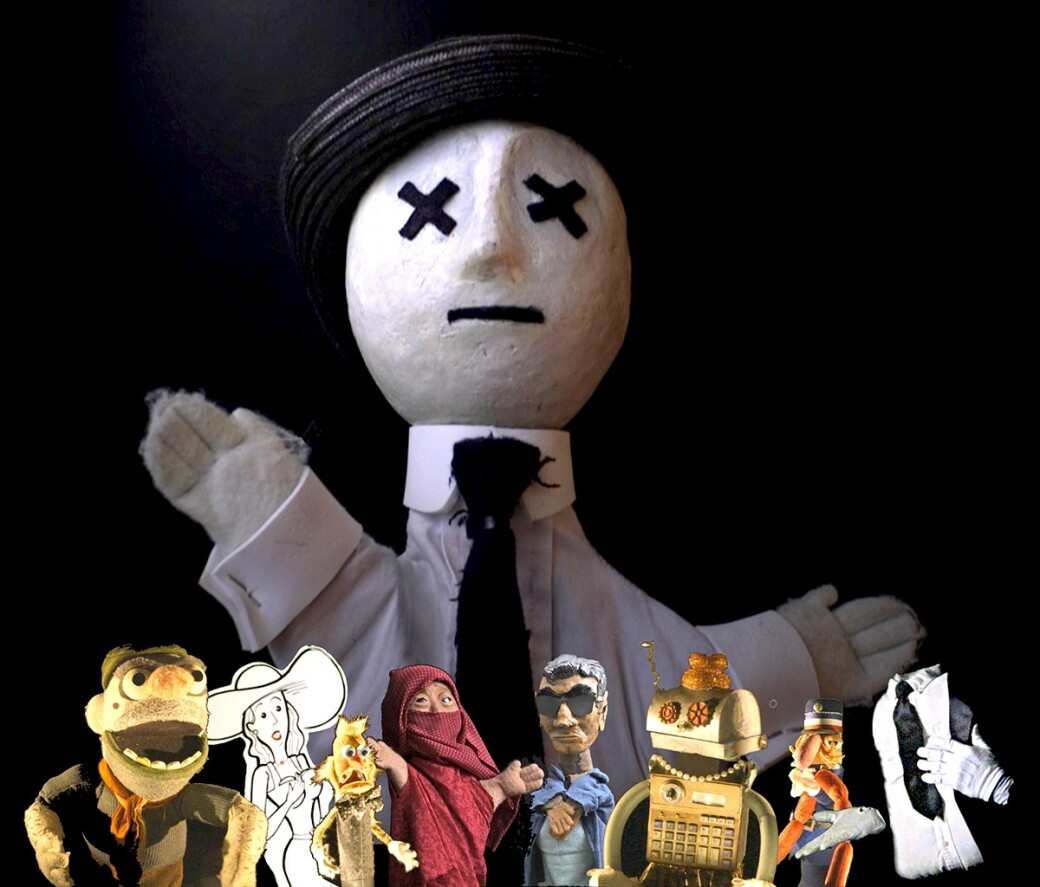 After months of lockdown, many cinemas and playhouses have reopened their doors, allowing audiences to see shows in theaters if they’re comfortable with new safety protocols. But first-run film releases, like major stage plays, are not yet returning in force, so most of us are likely to still get our entertainment at home.

For theater professionals using the internet to stay connected to their audiences, the pandemic has caused a pivot to video, making them effectively filmmakers as well as stage artists. The Object Group’s L’Etranger/The Stranger, debuting at 7 Stages’ website November 12-15, provides a case in point. Atlanta puppeteer Michael Haverty developed the show as a puppetry-based, multimedia adaptation of Albert Camus’ classic novel for live audiences at the theater in Little Five Points.

Over its two-year development process, The Object Group’s production department had completed the filmed and animated sequences intended to enhance the live performance — just in time for the March quarantine to go into effect. As the coronavirus continued to spread during the summer, Haverty and his colleagues realized that their planned live premiere might not happen in the fall. “Puppetry has a natural flow into cinematic expression, and our production was already half projections, so we decided to shift to a full film format for our premiere,” Haverty says.

In September, The Object Group’s small team rehearsed and filmed The Stranger over three weeks under careful safety protocols. The puppeteers had regular COVID-19 tests, took their temperatures daily, wore masks and gloves, and sanitized the puppets and sets throughout the day.

Based on viewing about five minutes of the work in progress, The Stranger looks comparable to Haverty’s innovative literary adaptations of As I Lay Dying and The Red Badge of Courage. Haverty has never shown interest in providing a Cliff Notes’ version of a classic, so reading the source material will enhance your appreciation of his wild creativity.

Camus’ novel depicts a seemingly emotionless man in French Algiers who is imprisoned after committing murder. The Object Group production uses Punch and Judy-style puppetry, perhaps as a way to literalize the book’s themes of existentialism and absurdism. Slapstick comedy can occur amid film noir atmosphere.

The virtual version of The Stranger may have an advantage over a filmed stage play with live actors. Traditional puppet stages can have proportions comparable to TV screens and are staged accordingly: It’s part of the reason why the Muppets on “Sesame Street” and other shows became enduring TV stars. At a time when all streaming content can feel like television, perhaps puppetry deserves more time in the spotlight.

Twice in a Lifetime: Recordings of performances, whether theater or concerts, can require an enormous amount of artistry and resources to convey the excitement of the real thing. In 1984, director Jonathan Demme turned a Talking Heads concert into Stop Making Sense, which still has the reputation of the best concert film ever made. The term “concert film” seems too slippery and old-fashioned to be very meaningful now, excluding great performances never put on film or shown in cinemas. But Stop Making Sense’s unique approach to music and stagecraft remains uniquely irresistible.

American Utopia, now playing on HBO, feels like a worthy successor, if not necessarily equal. Spike Lee directs the film version of David Byrne’s most successful solo project, recorded during its Broadway run. Byrne’s terrific musical collaborators (including Atlanta back-up dancer/singer Tendayi Kuumba) could be called an art-rock version of a marching band. The performers carry all their instruments, encumbered by no cords, wires, or mic stands, freeing them up for elaborate choreography. No two songs have quite the same presentation, and the energy level never flags.

Always an endearingly quizzical stage presence, Byrne proves both warmer and more directly political than you might expect from his Talking Heads days. At one point he talks about getting Janelle Monáe’s permission to perform her protest song “Hell You Talmbout” before launching into an impassioned performance. In the HBO film, whenever the song namechecks Eric Garner or another victim of violence, Lee cuts to a parent holding their picture.

American Utopia not only proves locked in step with the year’s protest movements, it’s surprisingly resonant with the months of quarantine. In Talking Heads classics as well as more recent recordings, Byrne’s songs evoke imagery of houses, homes, television, and the struggle to connect with others. American Utopia brings the exuberance of a live show to people who might feel stuck at home. It’s just what we need exactly when we need it.

In Memoriam: One of Spike Lee’s go-to character actors was the late Thomas Jefferson Byrd III, who died at age 70 of multiple gunshot wounds in Atlanta on October 3. (A suspect was arrested on October 16.)

The Atlanta actor began collaborating with Lee in Clockers but appeared in eight more of the director’s films as well as the Netflix series “She’s Gotta Have It.” A 2003 Tony nominee for Ma Rainey’s Black Bottom, the tall, magnetic performer appeared many times in August Wilson productions at Atlanta’s Alliance Theatre. It’s a tragic and shocking loss. —CL—

Lockdown invites a closer look at 'Becky,' 'Shirley,' and other VOD releases | more...
Search for more by Curt Holman