Drivin N Cryin live from Hollywood, the ASO’s Robert Spano goes to Fort Worth, and new music from GG King and NRCSST 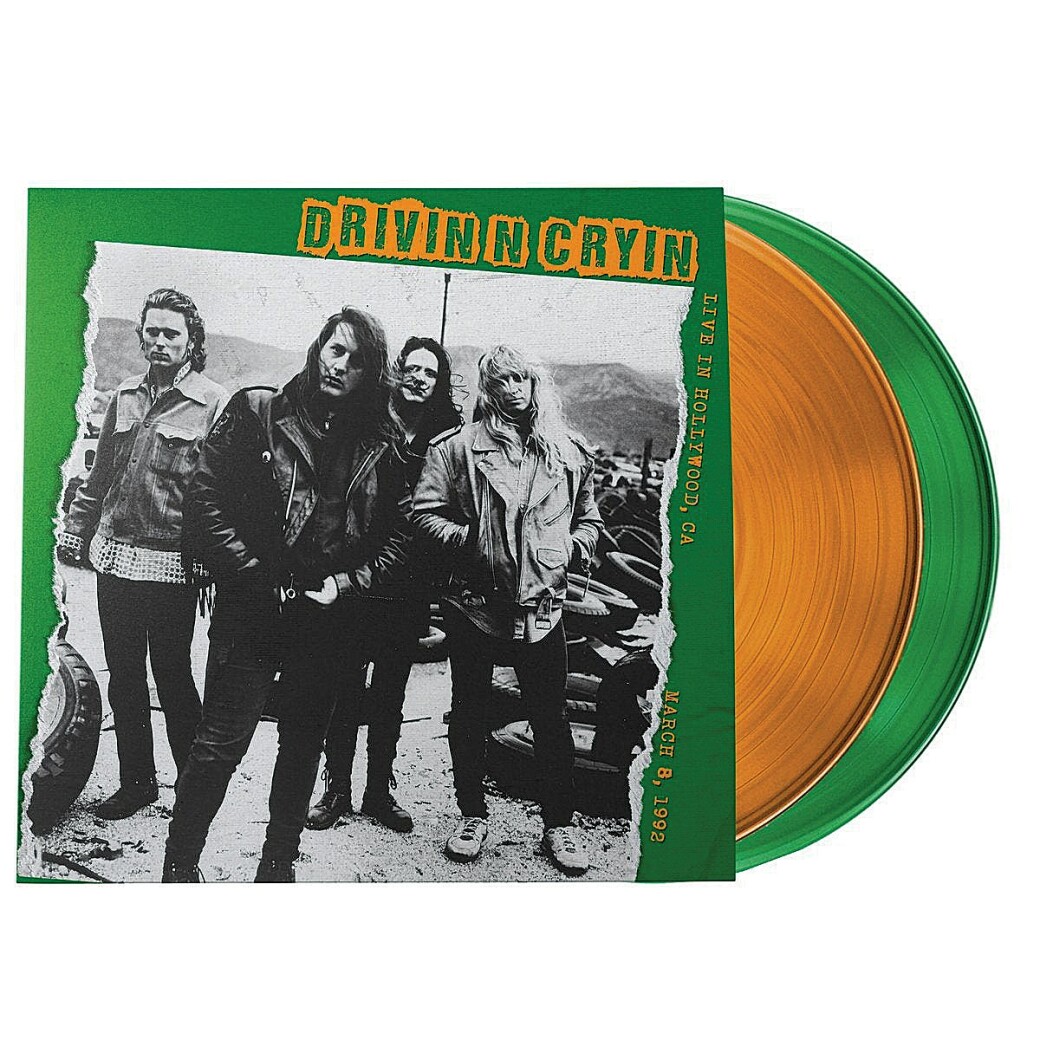 To flip the old adage about March coming in like a lion and out like a lamb, it looks as if after a year without shows, the month might go out with a roar. And if Dr. Fauci’s speculation that live music could start picking up again by this fall, it’s about to be party time … so long as the good doctor doesn’t change his mind between now and then.

The last time the country faced a pandemic of such magnitude was during the Spanish flu epidemic that lasted from February 1918 to April 1920. What happened after that? The roaring ‘20s, a time of great economic and cultural prosperity and full-on Sodom and Gomorrah-style debauchery! It’s coming, y’all. Patience, social distancing, and wearing your damned mask — two masks if you’re extra vigilant — are the standing orders. Let’s do this!

Chicago has rolled out dates for Pitchfork Fest (July 16–19) and Riot Fest (Sept. 17–19). The rest of the world can’t be too far behind. And, closer to home, the concert calendars at the Masquerade, the Coca-Cola Roxy, the Tabernacle, Variety Playhouse, City Winery, and other venues are showing signs of more life every day. https://riotfest.org/chicago/lineup/

Festivals are also poised to bounce back in a major way. Of course, this is not yet set in stone, and dates and lineups are subject to change and cancelation, depending on how the next month unfolds.

More festivals are on the books, but it’s best to keep an eye on their sites and social media. Things can change at a moment’s notice.

In February, the National Independent Venue Association (NIVA) announced the formation of a new advisory committee to assist in preserving the ecosystem of independent live venues and promoters throughout the United States. Committee members include Dave Grohl of the Foo Fighters, six-time Grammy-winning jazz bass player Christian McBride, Noelle Scaggs of Fitz and the Tantrums, the pride of Atlanta hip-hop Killer Mike (Run the Jewels), and more.

“NIVA may have been founded amidst dire circumstances, but the future of the live industry and the people who inhabit it have always been top of mind,” said NIVA’s executive director and managing partner of Marauder, Rev. Moose, in a press release. “Officially expanding our coalition to include partners new and old, allows us to innately incorporate those who have stood by our side from the very beginning, like [[[[[[[[[[[[[[[Boris] Patronoff from See Tickets, and new voices that will help guide the future.”

The Masquerade is hosting a pair of pre-recorded streaming concerts throughout the month. On March 17, St. Patrick’s Day, folk-rock five-piece The Muckers celebrate all things Irish with a set of country, punk, rockabilly, Gypsy music, and sea shanties. Alt rock outfit glimmers are also playing a set early in March. Keep an eye on the Masquerade’s website for the date and more details.

March also sees Callanwolde Fine Arts Center kicking off a new spring concert series that builds upon 21 seasons of Jazz on the Lawn. This new series taking place in the Callanwolde Amphitheater expands the program a bit: On March 19, Ruby Velle and The Soulphonics kick off the series. The series continues March 26 with a performance by Michelle Malone. Victor Wainwright is on stage April 16, and Seth Walker performs on April 23. Of course, masks and social distancing will be strictly enforced.

On March 25, the Trolley Barn in Inman Park hosts the Candlelight Open Air Jazz: Black Culture Sounds concert performed by local Atlanta musicians with Chicago Soul Spectacular. Selections for the evening Bessie Smith’s “Backwater Blues,” Miles Davis’ “Pharaoh’s Dance,” John Coltrane’s “Alabama,” and more. It’s a family-friendly affair, at least for kids ages 10 and up. The bar will be open and serving, but BYOB is A-OK.

In other news, Atlanta Symphony Orchestra conductor Robert Spano has announced that he’s relocating to Fort Worth, Texas, where he will begin working as music director of the Fort Worth Symphony Orchestra, beginning with their 2022-2023 season. Spano’s departure marks the end of a 20-year run with the ASO. As of press time, Spano’s replacement has not yet been announced.

Drivin N Cryin’s Live In Hollywood double live LP is set to arrive on May 14 via Record Stop. The recording captures a particularly rousing set performed at the Hollywood Troubadour on March 8, 1992. A portion of the album’s sales will be donated to the Breast Cancer Research Foundation. A grand total of 300 LPs are being pressed on translucent green and orange vinyl. Pre-orders are up now at Drivin N Cryin’s website. In the meantime, catch Kevn Kinney and Co. at the Coca-Cola Roxy on Friday, March 5.

Boris Records has Demiser’s Through the Gate Eternal arriving March 12. Pre-orders have been going so well that the colored vinyl is sold out, and they expect all of the black copies to be gone in March. No worries, though, a second pressing is already in the works, marking the first time the label has ever done a re-press. “We’ve always preferred to focus our energy on new projects, but since we don’t have much else going on we figured it would be good idea,” says label co-owner Sam Leyja.

On May 1, Leyja’s other label, Midnight Cruiser Records, will release the debut LP by New York band DISTURBIOS featuring Matt and Rocio Verta-Ray from New York’s HED studio. Matt was in Speedball Baby and Heavy Trash with Jon Spencer. The group’s sound is a mixture of surf, yé-yé, new wave, and experimental pop.

The self-proclaimed “krust rap king” Michael Myerz has a new video for “Osh Gosh Shamash” out this month. The song appears on his 29th album, titled Chronika.

And last, but not least, GG King’s latest LP, Remain Intact, is out March 5 via Total Punk. It’s the group’s first LP since releasing Unending Darkness in 2014. This time around the group features vocalist and songwriter Greg King, bass player Ryan Bell, drummer Tyler Kinney, and guitar players Josh Feigert and Michael Koechlin. Remain Intact features 13 cuts. On previous releases, King played all of the instruments himself. For this album each of the group’s members recorded their respective parts. “Intangible Truth” is a recording that King made with his brother circa 1999. “Sad and Crazy for a Long Time” is a reworked take on a song by King’s previous band Carbonas. Total Punk is the Portland, Oregon-based record label run by Rich Evans, former owner of Orlando’s Florida’s Dying imprint. The first 100 copies of the album bought through the label, and the first 100 copies sold through Feigert’s label and distro State Laughter, come with a cassette tape of more recent recordings, titled Evoker. Here, the group paired down to a three-piece — King (guitar, drums, vocals), Bell (bass, guitar), and Feigert (guitar) — and went into the studio with only vague song ideas. Each number was fleshed out in the moment and captured here. —CL—