ATL UNTRAPPED: The most essential low-key projects of 2021 (so far)

The albums that you may have overlooked, but definitely shouldn’t have 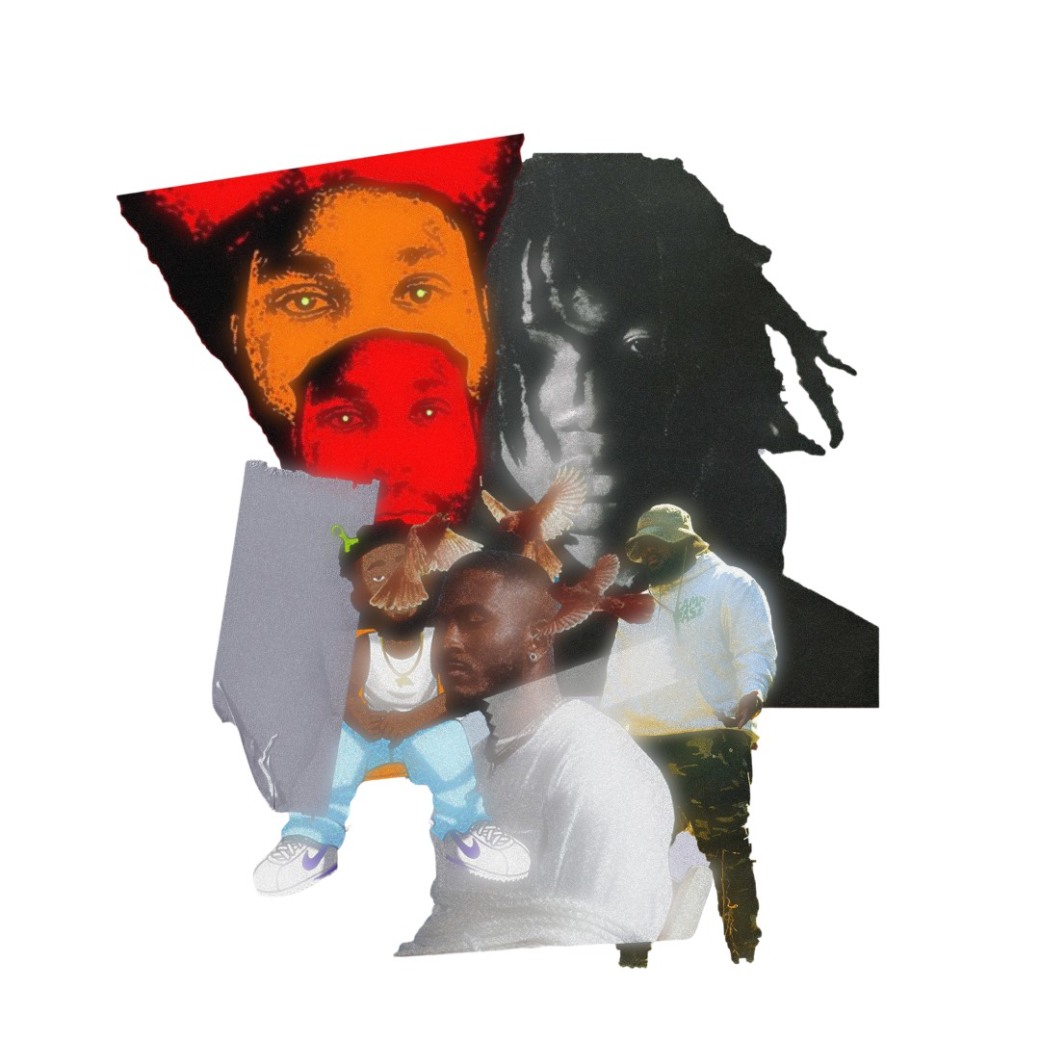 This year alone, practically every major Atlanta artist has dropped a project. In April, we all saw Young Thug, Gunna, and the rest of the Young Stoner Life Records roster slime their way up to the top of the Billboard 200 with Slime Language 2, and this June featured two of the biggest releases of the year with Lil Baby and Lil Durk’s Voice of the Heroes as well as Migos’ long-awaited fourth studio album Culture III. Add in a slew of releases from major label acts — including, but not limited to, Lil Yachty, Young Nudy, BRS Kash, Gucci Mane, Mariah the Scientist, Lil Gotit, and Yung Baby Tate — and it’s completely understandable if you’ve missed a project or two throughout the past several months.

Sadly, such an onslaught of new music typically leads to the average consumer skipping over the artists that they’re not too sure about, meaning that records from sensational upstarts and newly signed acts often don’t get the proper recognition that they deserve. To help those phenomenal bodies of work get more shine (and to prevent you from being too late to the party when some of the following artists start receiving GRAMMYs and getting airplay), here are the albums that you may have overlooked, but definitely shouldn’t have.

Key! & Tony Seltzer: The Alpha Jerk (Elloh Worldwide/Blak Cat Music Group) — On New Year’s Day, underground rap veteran Key! released The Alpha Jerk, a 17-track album executively produced by Brooklyn-raised artist Tony Seltzer. Having teamed up with Kenny Beats for 777 in 2018, Key! is no stranger to collaborating closely with a beat maker for an entire project, but surprisingly, The Alpha Jerk is just as good, if not better, than his 2018 Kenny Beats collab, which is widely considered his best work to date. Together, Seltzer and Key! are a uniquely dangerous and wondrously unpredictable combination, as the New York producer’s experimental and envelope-pushing beats serve as the perfect stage for one of Atlanta’s most fascinating and animated performers. With one song boasting a hook based on the Chowder cartoon character “Shnitzel,” the project’s quirkiness cannot be overstated, yet despite its unorthodox nature, The Alpha Jerk is just as enthralling and enjoyable as any of the mainstream albums released this year.

Kenny Mason: Angelic Hoodrat: Supercut (Self-released) — Following the success of last year’s Angelic Hoodrat, Kenny Mason had to make an important decision on how he was going to capitalize on his momentum. Rather than rushing into a full-fledged sophomore album or attaching two throwaway tracks to his debut and re-releasing it as a “deluxe,” the enigmatic artist offered fans a massive extension to his previous work that shines as a murky and undefined standalone project. Operating under the title of Angelic Hoodrat: Supercut, Mason was able to expound on the ideas and rap-rock sonics from his debut album while simultaneously peeling back more layers to his artistry. As a result, disparate tracks like the bubbly “A+” featuring Denzel Curry, the amorphous and glitchy single “Pup,” and the free-flowing rap track “4ever” blend seamlessly into one magnificent body of work.

thefamilyorchestra: thefamilyorchestra (Smiling Medicine Entertainment) — Coming across a female and male hip-hop duo is rare. Sure, there have been close collaborators like Trick Daddy and Trina or Nicki Minaj and Drake, but in terms of existing and releasing music together under the guise of one act, you’ll be racking your brain for hours trying to name a handful of them. That’s part of what makes thefamilyorchestra, comprised of Niah Lyrical and Allen Thomas, so captivating. A skillful display of lyricism, their passionate eponymous album proves how dynamic an album that balances male and female rap perspectives can be. Aesthetically, thefamilyorchestra feels as intimate as a one-off show at Purgatory, and the soul and spirit that oozes out of the 11-track project is as magical as stumbling upon a rare vintage vinyl at your favorite local record store. Lyrical and Thomas have truly created something special.

Kalenbree: Miss Bree (Self-released) — Last summer, Kalenbree shared “Adulting,” a poignant track that single-handedly summed up the emotional strife of 2020. That song, much like her previously released project Sunflower Shawty, was unusually raw for a contemporary R&B release, and although her songwriting wasn’t at its sharpest, it was clear that Kalenbree had a gift for pouring her soul onto a sonic canvas. Approximately nine months later, the “Strawberry” singer returned with Miss Bree, and if her previous project was a self-portrait, this new five-track EP would be a high-definition selfie: The songs serve as a phenomenally written introduction to the Georgia singer. Still as raw and transparent as ever, Kalenbree’s latest project shows how much she has grown as a vocalist, a songwriter, and an all-around artist. From the angelic vocal inflections on the third verse of “Cherries” to the iconic opening line of the Jazzy Tha Rapper-assisted “I Got,” there are so many great moments on Miss Bree. The project is youthful, honest, and easily one of the most exciting R&B releases of the year.

Pote Baby: Pote Baby (Club Hous/Cowboys & Pirates) — Formerly known as Mojo Yetti, Pote Baby is a Savannah, Georgia-born artist who has brought his rich Savannah flavor to the city with his debut self-titled project this year. Powered by the popular single “In The Kitchen,” Pote Baby is a collection of expertly crafted Southern hip-hop that bursts with style and personality. It’s easily one of the most entertaining and joyous records of the year, and perhaps the most attention-grabbing moments of the album arrive within its final three minutes, when Pote is ironically at his most exposed. After demonstrating his hit-making potential for seven songs straight, the Atlanta transplant tones the production and energy down several notches and proves that he is also a skilled rapper through and through. With “2Piece,” Pote Baby surprises the listener one last time, delivering the exclamation point to a mixtape that is a huge breath of fresh air.

Will Hill & Hollywood Cole: Bring the Bottles In (THISISILL Records) — Will Hill and Hollywood Cole’s chemistry is the greatest it has ever been on Bring the Bottles In, which marks their third joint project together. Over the course of nine tracks, the Atlanta-based artists immerse themselves, and in turn their listeners, into a world far away from Atlanta, and as Hill alludes to on the album’s final track, “Meditation/Special Occasion,” it feels amazing. West Coast-tinged soundscapes, a wavy sample of Art of Noise’s 1980s classic “Moments In Love,” and a bunch of smooth, swanky tracks await on this lean nine-track effort, so grab yourself a bottle of Clicquot and put Bring the Bottles In on repeat.

Ben Reilly: FREELANCE (Abstract Media Group) — Taking a step out from the ranks of the Abstract Media Group collective, Ben Reilly officially signaled the first chapter of his solo career with the release of FREELANCE earlier this summer. On his debut solo project, Reilly loosely explores the concept of freedom — whether it be financial, romantic, or mental. While astonishingly brilliant, Reilly’s work on FREELANCE is undeniably reminiscent of a certain TDE artist, and that’s probably the biggest gripe one could make about the project. Apart from that, however, FREELANCE is packed with incredible and well-executed ideas, showing that Ben Reilly is an artist that we should all be watching from this point on.

East Chain: CAMP EAST (East Chain Recordings) — You may not be familiar with everyone featured on East Chain’s ambitious compilation album, but it’s easily one of the most versatile records of the year. Spearheaded by East Chain cofounders Michael Aristotle and Wili Hendrixs, as well as longtime members Da Kidd Half and HQ Jonez, CAMP EAST has all the makings of a great modern-day hip-hop project — quotable bars, contagious melodies, lush production, and plenty of charisma. In addition to being a well-constructed album, CAMP EAST also serves as a compelling showcase of several local artists, such as Shamba, Salyse, BOREGARD., Jaye Newton, and Yani Mo, among many others. —CL—