NEWS BRIEF: Transgender youth not getting the care they need 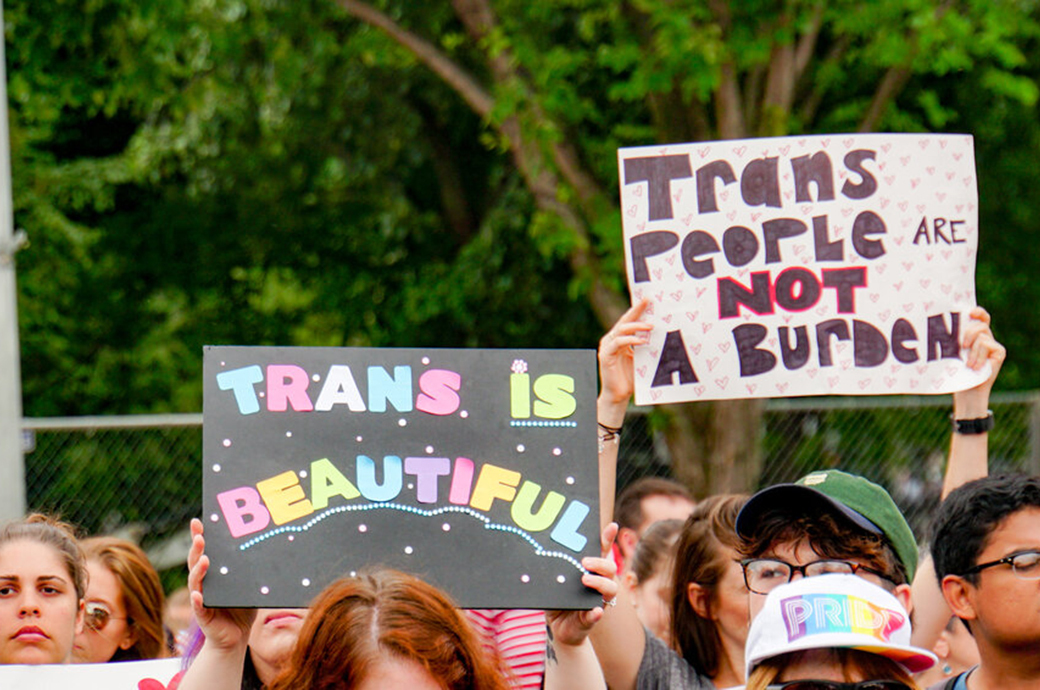 Photo credit: Ted Eytan/creative commons
From the 2017 March to Stop the Transgender Military Ban - Washington,DC
By CL News Staff Wednesday September 29, 2021 06:00 AM EDT
Georgia is one of 20 states in the country that recently introduced bills de-signed to prohibit or at least restrict gender-affirming treatments to minors. As a result, a transgender Atlanta resident known as Piper says she plans to move away from the South after finishing high school because she is worried about the threat to her ongoing care. Two years ago, Piper began a successful hormone regimen at Queer Med, a private clinic for nonbinary patients, about which she says, “I’m just more confident in my body.” nytimes.com